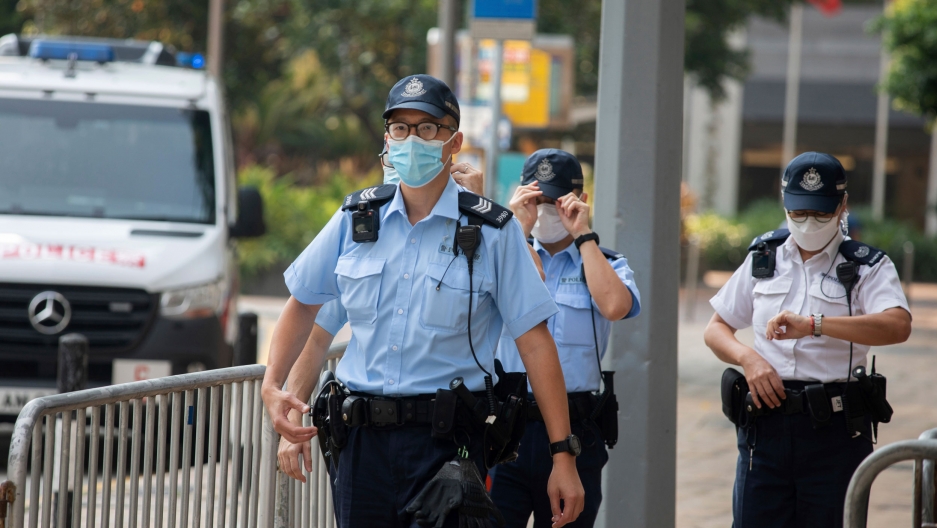 Police officers walk as they wait for Tong Ying-kit's arrival outside a court in Hong Kong, July 27, 2021.

Hong Kong verdict
Hong Kong has convicted the first person of secession and terrorism under its controversial new Beijing-imposed national security law. Tong Ying-kit, 24, could face life in prison. The former waiter pleaded not guilty, and his lawyers hope to argue for a lighter punishment at his sentencing hearing on Thursday, while rights groups have condemned the verdict. The court also decided that the slogan, "Liberate Hong Kong, revolution of our times," used during mass protests that began in 2019, is now illegal. Judge Esther Toh ruled that the words “were capable of inciting others to commit secession.” Tong had carried a flag with the slogan last year when he crashed his motorcycle into three riot police. More than 100 people have been arrested under the law.

Iraq troops
President Joe Biden announced that US troops will end their combat mission in Iraq by the end of this year, but the move is seen as largely symbolic. There are around 2,500 US troops in the country, and the numbers are likely to stay the same. Biden says the troops will shift completely to advisory and training roles. The announcement came after talks with Iraqi Prime Minister Mustafa al-Kadhimi at the White House, and is likely a move to help him politically, following louder demands for the withdrawal of US presence in Iraq, since the killing of top Iranian general Qasem Soleimani in a US drone strike in Baghdad last year. “The US has been signaling that Iraq is still important as a central location in the Middle East that can either destabilize or stabilize all of the countries around it,” military specialist Michael Knights told The World’s host Marco Werman (🎧).

Koreas restore communication
North and South Korea have restored communication channels after more than a year and have agreed to improve ties with each other. In taking the small but potentially significant step, liaison officials made several phone conversations, including one on a military hotline, agreeing to resume regular calls. The two countries announced that leaders from both sides traded personal letters several times since April in an attempt to restore the communications. 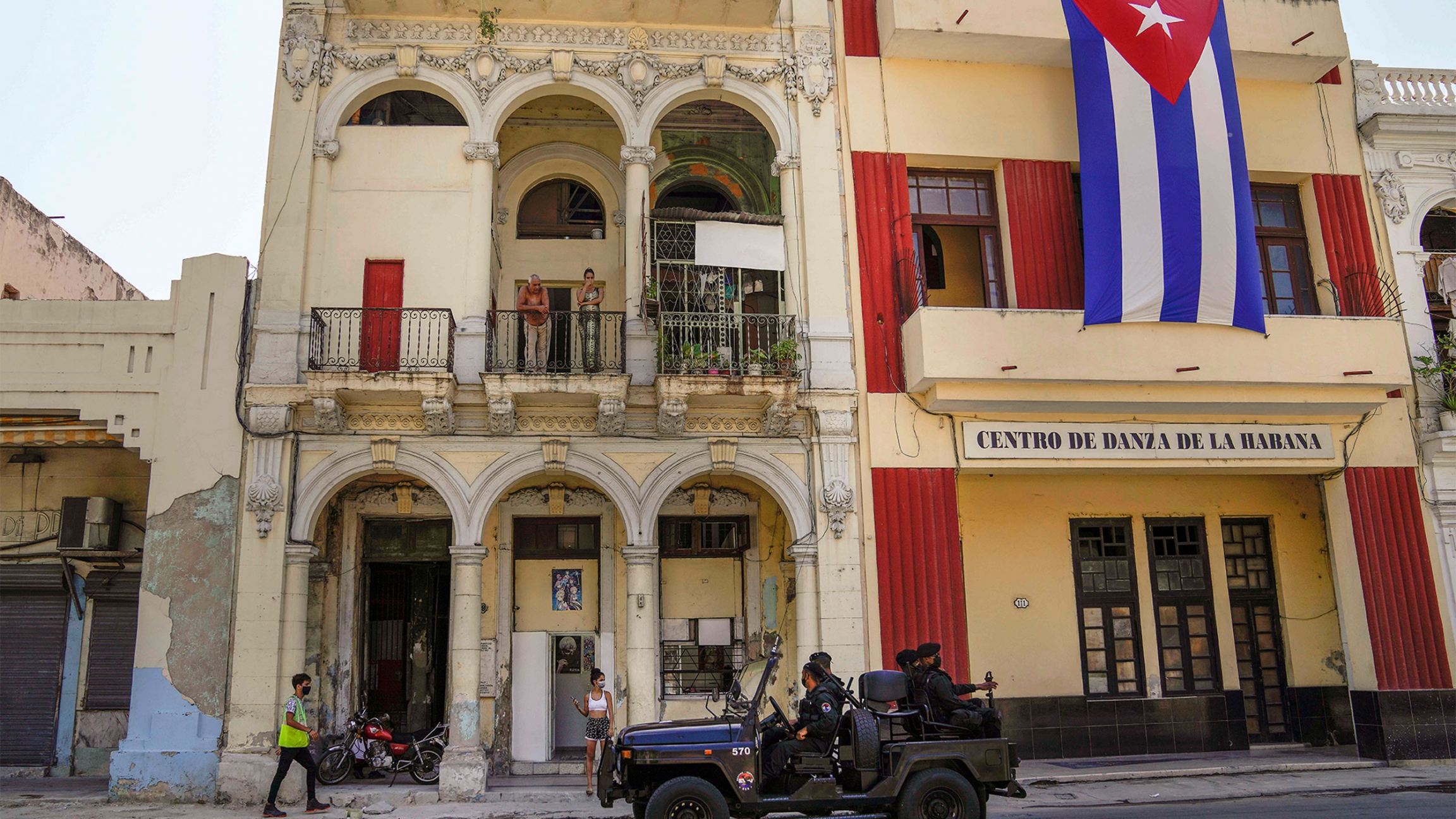 Special forces police patrol the streets as they drive past a large Cuban flag hanging from the facade of a building, in Havana, Cuba, July 21, 2021.

July 26 celebrations in Cuba were dampened by protests, communication shutdowns and COVID-19 restrictions — a completely different experience from previous years' fiery speeches and street parties. Former Florida Democratic Rep. Joe Garcia says July 26 is a day when Fidel Castro would give a rip-roaring three-hour speech, which would end with "patria o muerte," the "motherland/fatherland or death."

"That no longer is happening today," Garcia told The World Marco Werman. "Today, the president of Cuba is doing volunteer work with 100 schoolchildren, planting lettuce and other food that people eat on a daily basis in small gardens throughout the country." 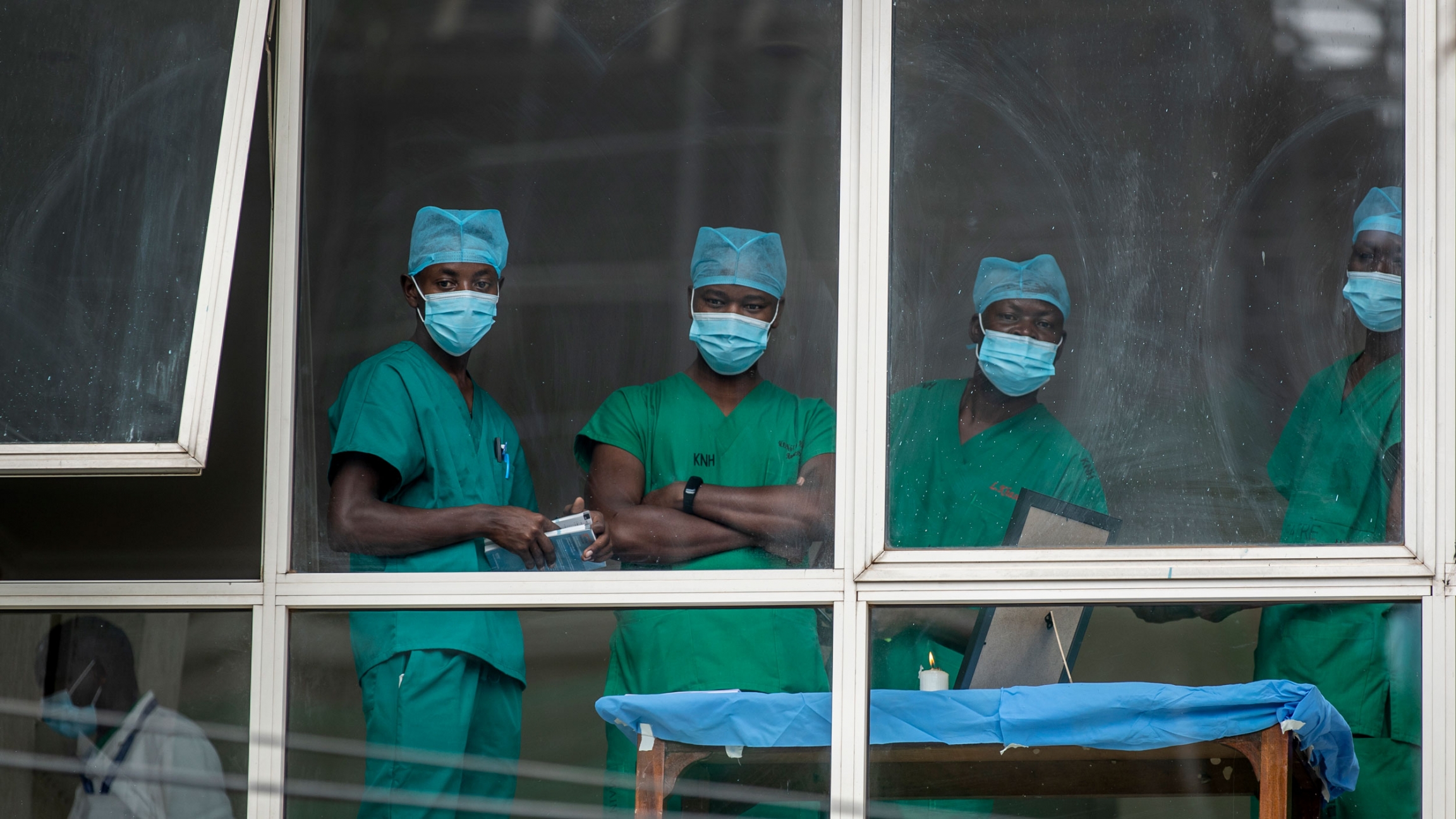 Medical staff look out from a window amid the coronavirus pandemic at Kenyatta National Hospital in Nairobi, Kenya.

Despite early efforts to curb the spread of COVID-19 in countries across Africa, leaders are now coping with a new surge of cases, pushed by the more infectious delta variant and complicated by limited vaccination accessibility and resources.

The World's Africa correspondent Halima Gikandi will take your questions and moderate a discussion with Harvard T.H. Chan School of Public Health's Wafaie Fawzi, who will address the pandemic’s health and socioeconomic impacts, specifically in sub-Saharan Africa.

Mohammed Rezuwan lives in Cox’s Bazar, the world’s largest refugee camp. In 2020, he took on the role of folklorist — recording stories passed along in the oral tradition by Rohingya elders.

“Folk tales are used by Rohingya people to teach morals and lessons to their youngsters,” he said. “I, myself, decided to make a book.” 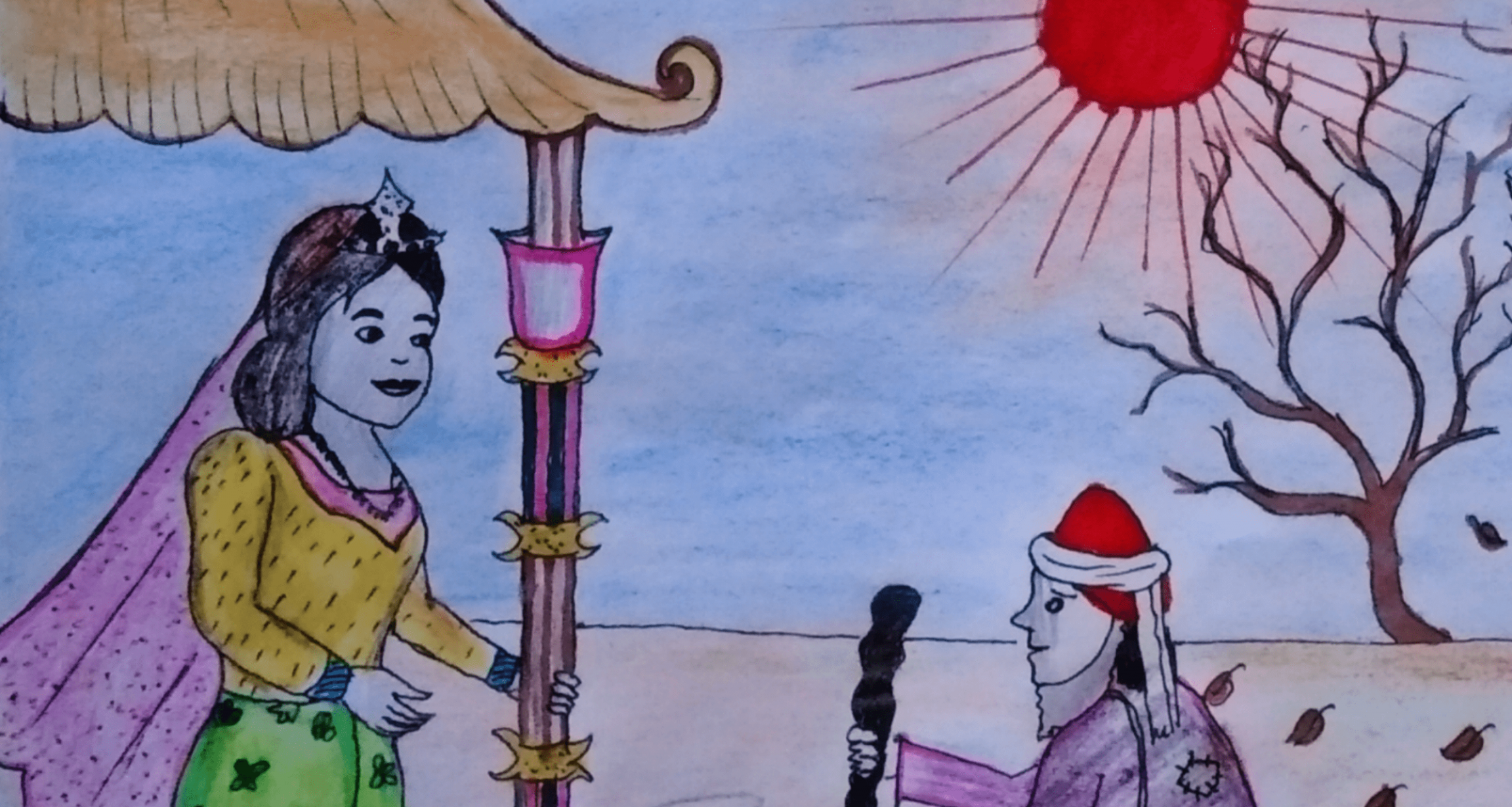 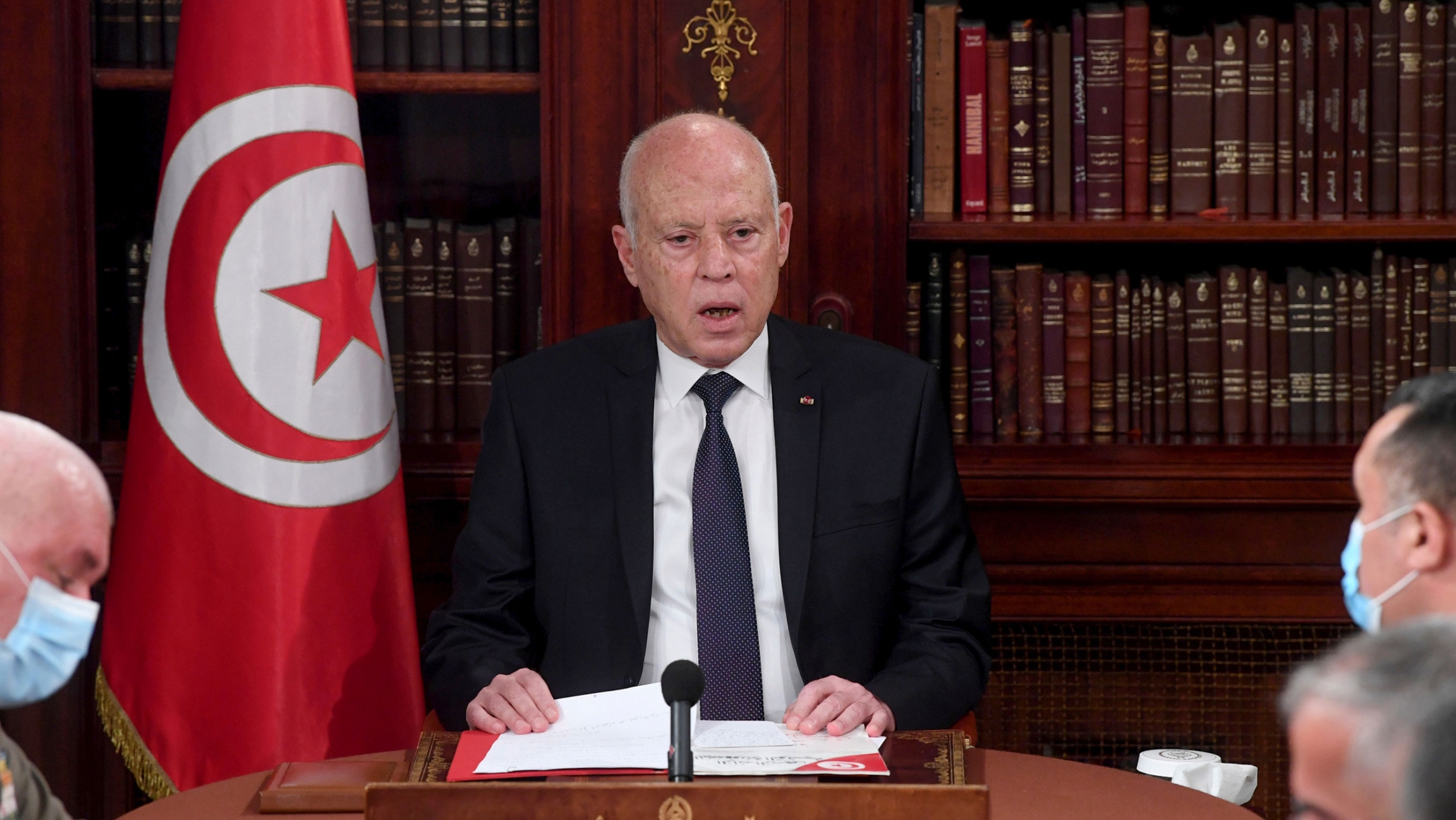 Tunisian President Kais Saied fired the country's prime minister and suspended its parliament. Tunisia's main opposition party, Ennahda, called the move a "coup.” And Iraqi Prime Minister Mustafa al-Kadhimi and US President Joe Biden will sign an agreement on Monday to officially end US military combat missions in Iraq by the end of 2021. Also, more than half of Australia's population is under lockdown again. Single people are asking for a “singles’ bubble.” And we hear from 24-year-old Mohammed Rezuwan, a Rohingya refugee in Bangladesh who spent the past year recording and translating Rohingya folktales.