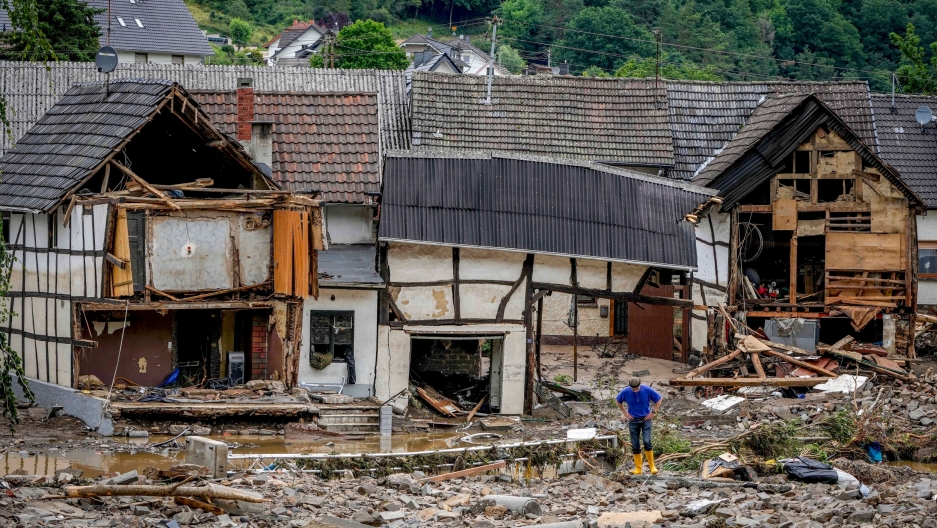 Destroyed houses are seen in Schuld, Germany, July 15, 2021. Due to heavy rain falls the Ahr river dramatically went over the banks the evening before.

Europe floods
Devastating floods across parts of western Germany and Belgium have left more than 120 people dead. Search and rescue operations are ongoing for hundreds more who are missing or still in danger. Heavy rainfall and flash floods caused rivers in the area to break their banks, washing away roads and cars and destroying homes. Some stranded residents had to be airlifted from rooftops. The heavy rains brought some of the most severe flooding in decades and came after the driest years on record for much of Central Europe.

Lebanon
Lebanon’s Prime Minister-designate Saad Hariri has stepped down after failing to form a new government. Hariri announced the move after a meeting with President Michel Aoun, who accused him of having made his decision prior to their meeting. The power void comes as the country plunges further into a political and economic crisis. A currency collapse has caused high inflation, leaving people unable to buy food, as supplies of fuel, electricity and medicine run short. Hariri was tasked with forming a new cabinet last October after then-Prime Minister Hassan Diab resigned following an explosion at Beirut’s port that killed around 200 people.

Cuba
Cuba has agreed to temporarily lift some restrictions, following unprecedented protests. Cubans took to the streets over the weekend in the largest demonstrations the country has seen in decades to protest shortages of basic goods, civil liberties violations and the government's handling of the COVID-19 outbreak. With the lifting of some restrictions, travelers can temporarily take unlimited food, medicine and hygiene products without paying customs duties. Cuban Prime Minister Manuel Marrero said he expects the measure to have more impact when air travel, disrupted by the pandemic, returns to normal. 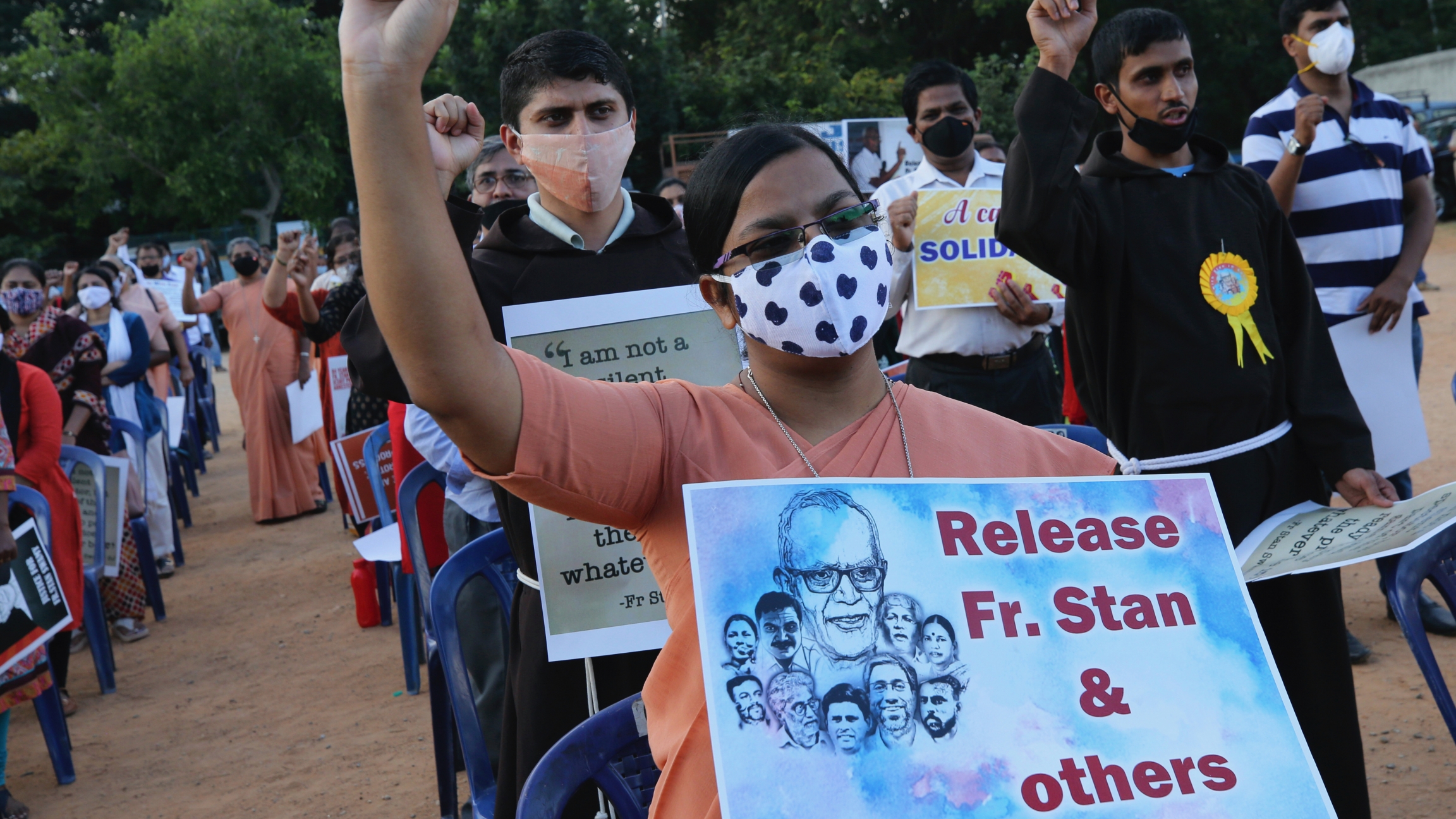 A Christian nun, center, holds a placard and shouts slogans with others demanding the release of tribal rights activist Stan Swamy and other activists during a demonstration in Bengaluru, India, Nov. 12, 2020. Rev. Stan Swamy, a jailed Jesuit priest and longtime Indian tribal rights activist, has died at 84 of a cardiac arrest in the western Indian city of Mumbai.

Stan Swamy died on July 5. The Indian government said he died of medical causes, but now, officials from the US and the United Nations are expressing concern about the circumstances of his death — and activists hope their pressure could force a turning point for human rights in the country.

Gyro is the ‘holy grail’ of Greek fast food. An Athens restaurant offers a vegan alternative. 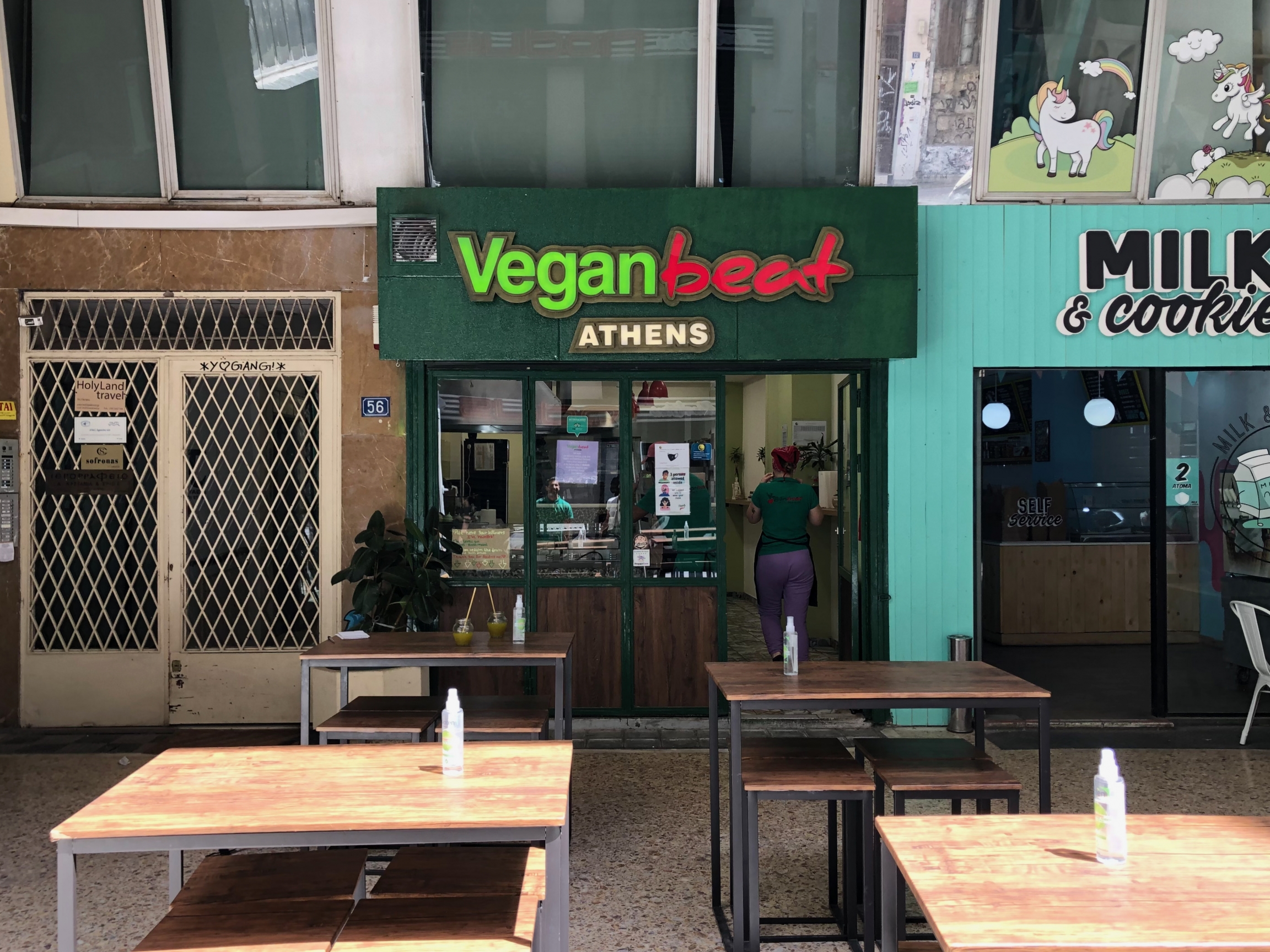 Located in downtown Athens, Greece, Vegan Beat is on a growing list of fast-food joints serving a meatless version of the gyro.

In a country known for its cuisine, there’s one fast-food item that locals can’t seem to get enough of: the gyro.

“It’s like the holy grail for the Greeks. It’s the No. 1 thing. The meat, the sauces — we, Greeks, are kind of obsessed with this,” said Alexandros Alexandratos, a former marine engineer whose restaurant is spinning up an unconventional version of this quintessentially Greek fast food.

At Alexandratos' fast-food joint, Vegan Beat Athens, in the city's downtown area, gyro — or "space gyro," as it's locally called — is the most popular menu item coming out of the kitchen. But you won’t find any spinning stacks of meat around. Alexandratos’ joint is vegan, and so is the gyro.

The Eiffel Tower finally reopened on Friday after a nine-month shutdown — its longest closure since World War II — due of the coronavirus crisis. There will be limits on the number of visitors to Paris' famous Iron Lady, along with mandatory masks and other safety precautions.

The Eiffel Tower reopens today after being ordered shut in October to mitigate the spread of COVID-19.

Visitors 18 and older will have to show a pass proving vaccination, a negative coronavirus test or recent recovery from the virus to visit the tower. https://t.co/jyaEn5qvRz 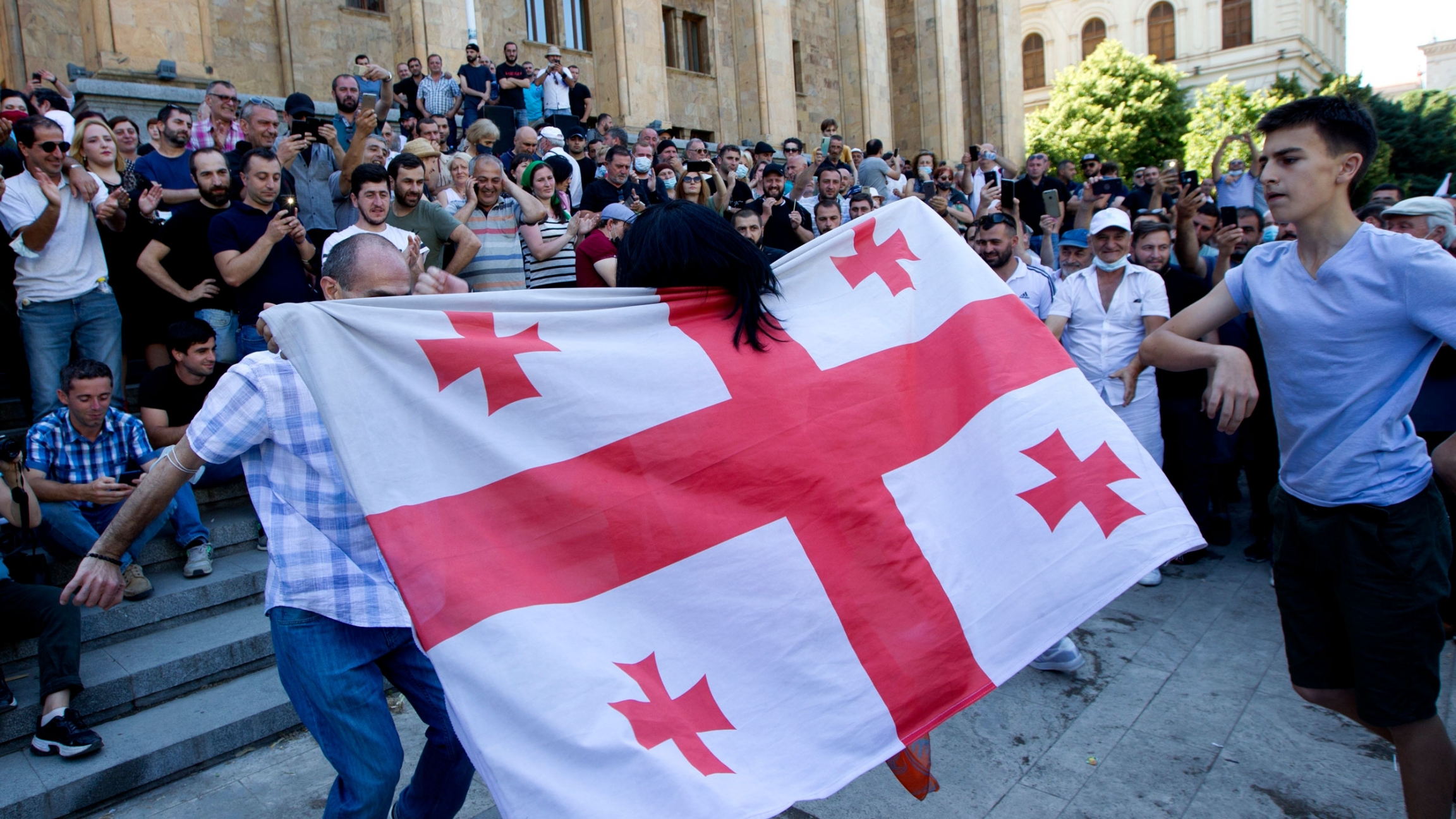 Opponents of the march wave a Georgian national flag as they block off the capital's main avenue to an LGBTQ march in Tbilisi, Georgia, July 5, 2021.

fter Georgia’s LGBTQ community faced violence at a Pride event in Tbilisi last week, politicians say more action is needed and urged for accountability. And, vigils and protests continue in India over the death of 84-year-old Jesuit priest Stan Swamy. US and United Nations leaders have expressed concern about his death in an Indian prison. This week, the Italian government banned large cruise ships from sailing into the lagoon off St. Mark's Square in Venice. Also, we hear from German Ghanaian musician Marvin Brooks, with his latest track, "One Breath."