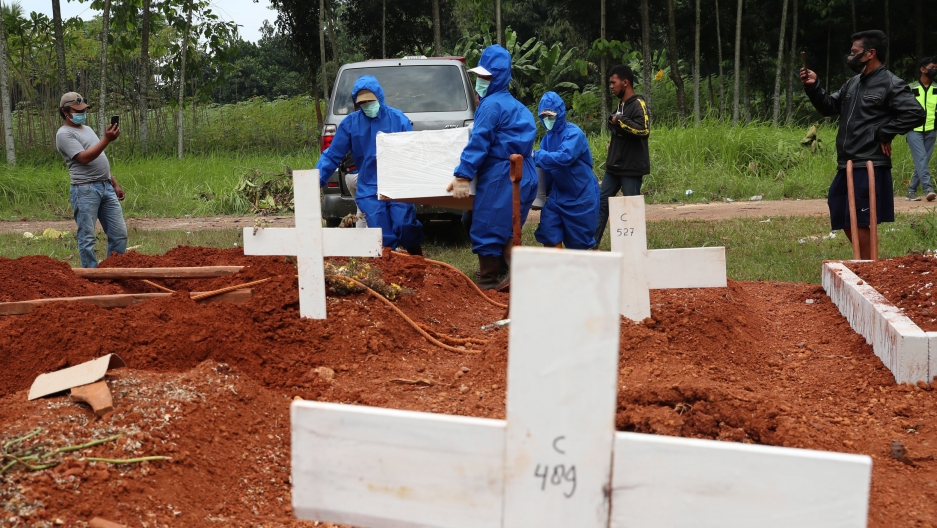 Workers in protective suits carry a coffin containing the body of a COVID-19 victim to a grave for a burial at Cipenjo cemetery in Bogor, West Java, Indonesia, July 14, 2021.

Indonesia
Outbreaks of the coronavirus are spreading across Asia, with Indonesia becoming a new hot spot. Health officials in the country reported more than 54,000 new infections on Wednesday, surpassing recent daily infections in India, where cases are declining after hitting a peak of daily COVID-19 infections in May. COVID-19 cases are spreading quickly across the Indonesian archipelago, pushed by the highly transmissible Delta variant.

South Africa
South Africa has deployed 25,000 National Defence Force troops to the country’s Gauteng and KwaZulu-Natal provinces, where rioting and looting have ravaged an estimated 800 stores and resulted in the death of more than 70 people. The army deployment, the largest since the end of white minority rule in 1994, is part of an effort to assist police in ending the weeklong violence that began after the jailing of former President Jacob Zuma.

Pakistan
Officials in Pakistan, who are investigating a bus explosion, said on Thursday that they had identified traces of explosives and that a terrorist attack could not be ruled out. A bus carrying dozens of construction workers heading to a hydropower project exploded on Wednesday and fell into a ravine in the northern Khyber Pakhtunkhwa province, killing at least 13 people, including nine Chinese nationals. China, which sent a team to help with the investigation, initially called the incident a bomb attack, but has since walked back on that. 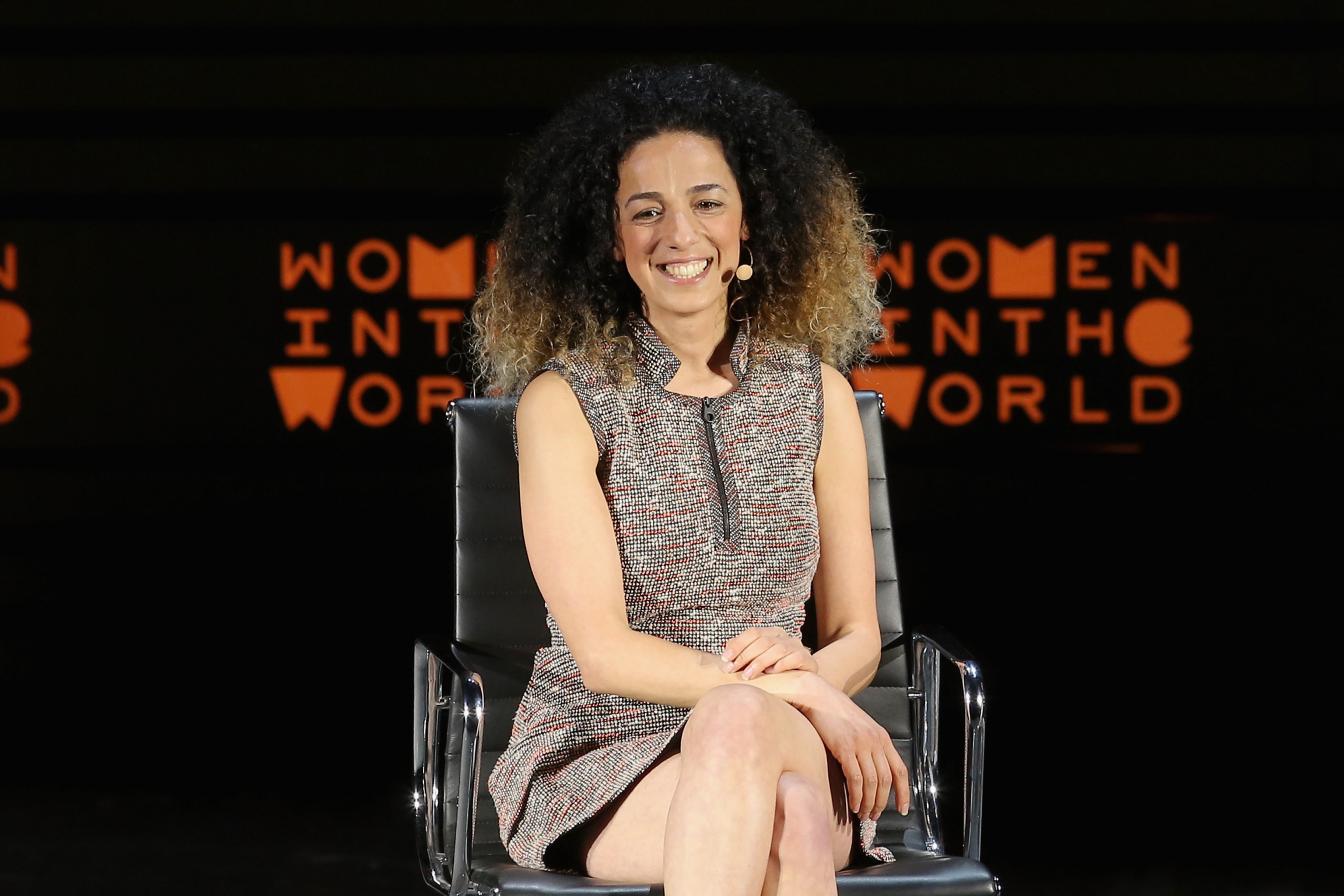 An Iranian intelligence officer and three alleged members of an Iranian intelligence network have been charged in Manhattan with plotting to kidnap Masih Alinejad, a prominent Iranian American opposition activist and journalist living in exile in New York, and take her back to Tehran, authorities said. The World's Marco Werman spoke with Alinejad about the alleged plot.

Do lobsters feel pain? The British Parliament wants to know. 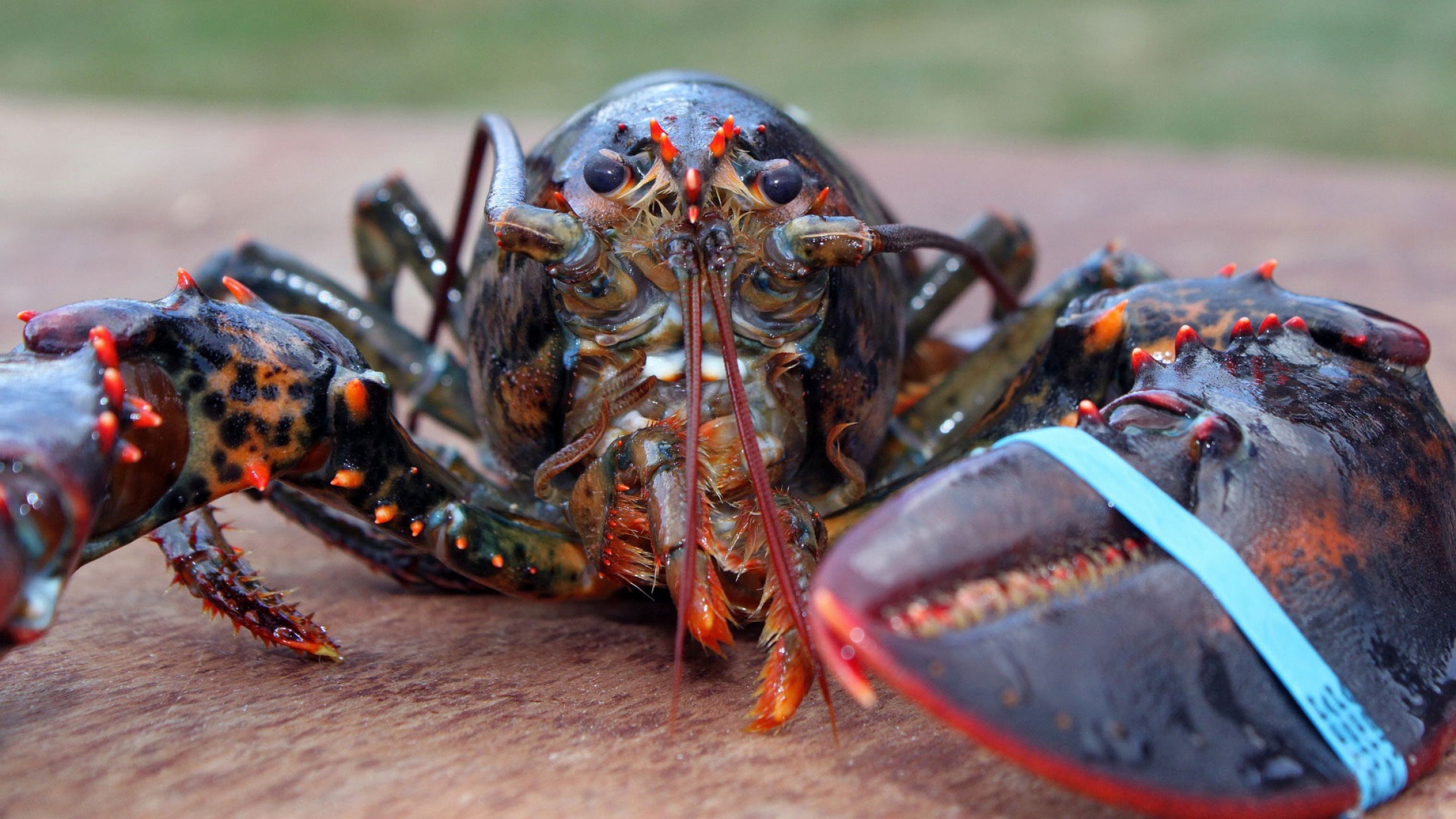 A lobster, up close, with a blue rubber band on its claw.

The UK Parliament is in the process of passing a new Animal Welfare (Sentience) Bill. The law will replace EU legislation, which legally recognizes that animals can feel pain and experience emotions.

Some House of Lords members (the UK’s upper House of Parliament) believe the bill should go further and include certain invertebrates, including a recognition that all shellfish feel pain.

Pro cyclist Lachlan Morton just finished all 21 stages of the Tour de France, complete with the eight final laps of the Champs-Élysées. It's a history-making feat since the Australian completed what he called the Alt Tour: more than 2,000 miles of the Tour and the transfers between the stages — all self supported. 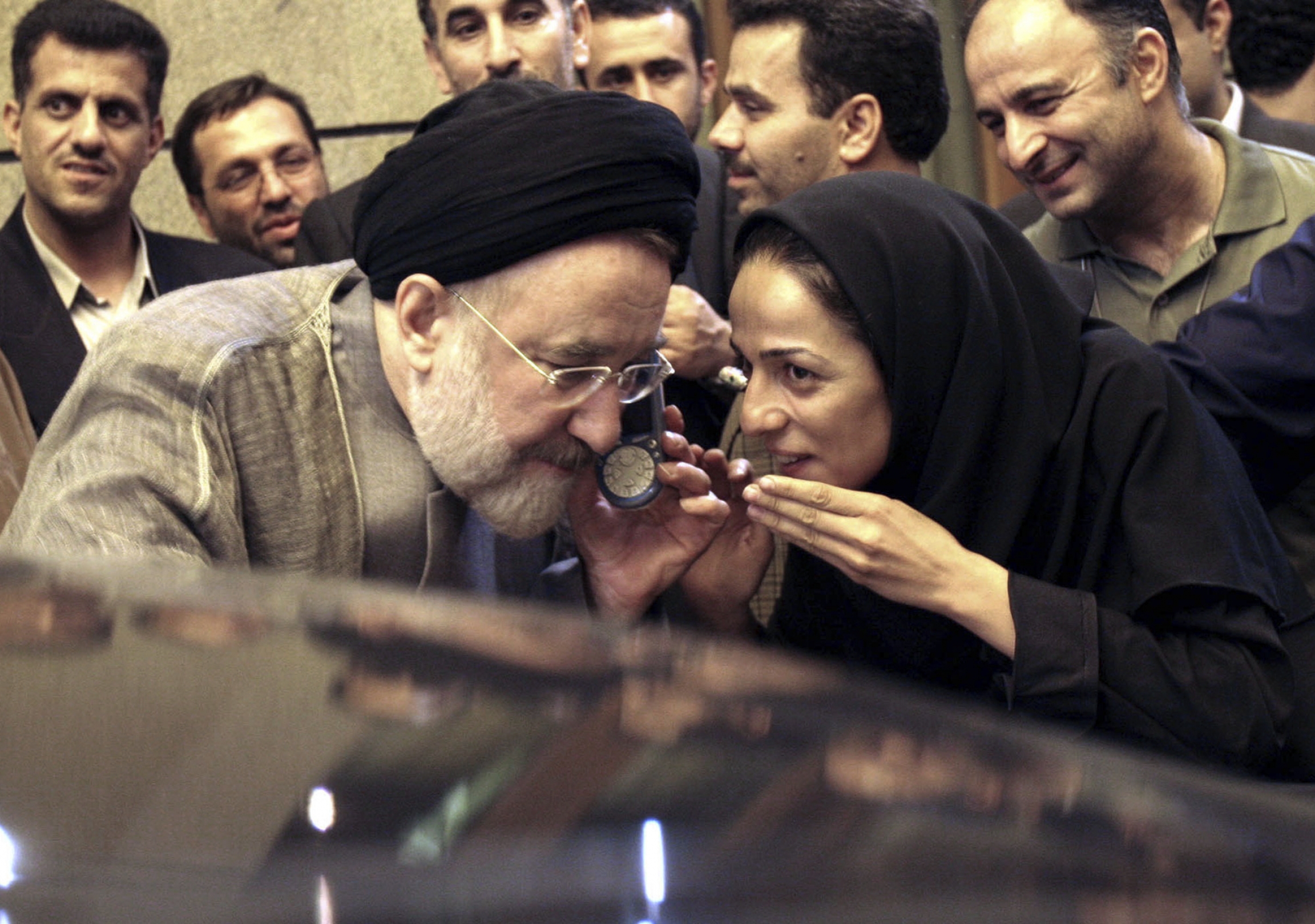 Outgoing reformist Iranian President Mohammad Khatami talks on the phone with the mother of female journalist Masih Alinejad, right, after meeting with journalists in Tehran, Iran, July 13, 2005. Prosecutors in the US alleged July 13, 2021, that Iran planned to kidnap Alinejad, famous for her campaign against the Islamic Republic's mandatory headscarf, or hijab, for women. Iran did not immediately comment on the allegation July 14, 2021.

Iranian intelligence agents plotted an abduction on US soil. The alleged target: Iranian American author and journalist Masih Alinejad, a harsh critic of the Iranian government. Also, this week marks five years since a faction of Turkey’s military attempted a coup that left more than 250 dead. The country issued a state of emergency and has prosecuted thousands of people since then. And, we celebrate Bastille Day with a controversial 1979 reggae version of the French national anthem: Serge Gainsbourg's "Aux Armes Etcetera," recorded in Kingston, Jamaica.