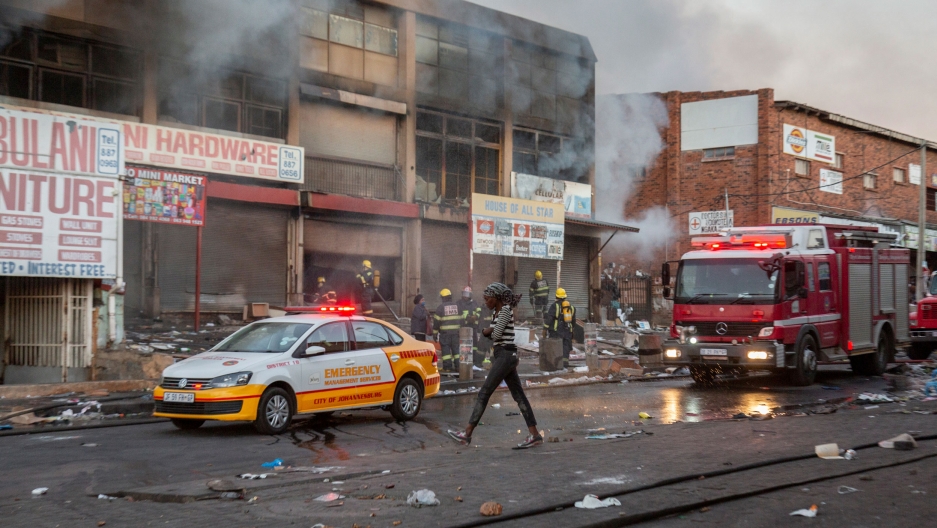 A woman walks past a fire truck as it extinguishes flames in a looted store in Alexandra township, Johannesburg, South Africa,  July 12, 2021.

South Africa
Dozens of people have died in continued rioting in two South African provinces that began last week in response to the imprisonment of former President Jacob Zuma. Police and the military tried to curb looting and violence in KwaZulu-Natal and Gauteng, the latter of which is the most populous province and includes the nation’s largest city and financial hub, Johannesburg. Officials say many of the now 32 deaths occurred in stampedes during the looting. Zuma is serving a 15-month sentence for contempt of court, amid an ongoing inquiry into corruption allegations during his term as president from 2009 to 2018.

Iraq
At least 64 people have died and more than 100 others have been injured in a fire at the COVID-19 isolation ward of a hospital in Iraq's southern city of Nasiriya. It’s the second such deadly blaze in three months. Medics say the death toll could rise, as some people remain missing. It’s unclear what caused the fire, but an electrical short or improperly stored oxygen canisters could be possibilities. Iraq’s health care system is already struggling, impacted by years of war and sanctions. The coronavirus has killed nearly 18,000 people and infected more than 1.4 million.

Afghanistan
The Taliban has warned Turkey against taking over the security of the airport in Kabul, Afghanistan’s capital, after the US troop withdrawal from the country. The move is “ill-advised, a violation of our sovereignty and territorial integrity and against our national interests,” Taliban spokesman Zabihullah Mujahed said in a statement. Turkey and the US are still finalizing the plans for the move. The Taliban has been making significant gains across the country ahead of a complete withdrawal of American and NATO forces, after a nearly two-decade war.

Protesters in Cuba are calling for the ‘end of the communist state,’ historian says 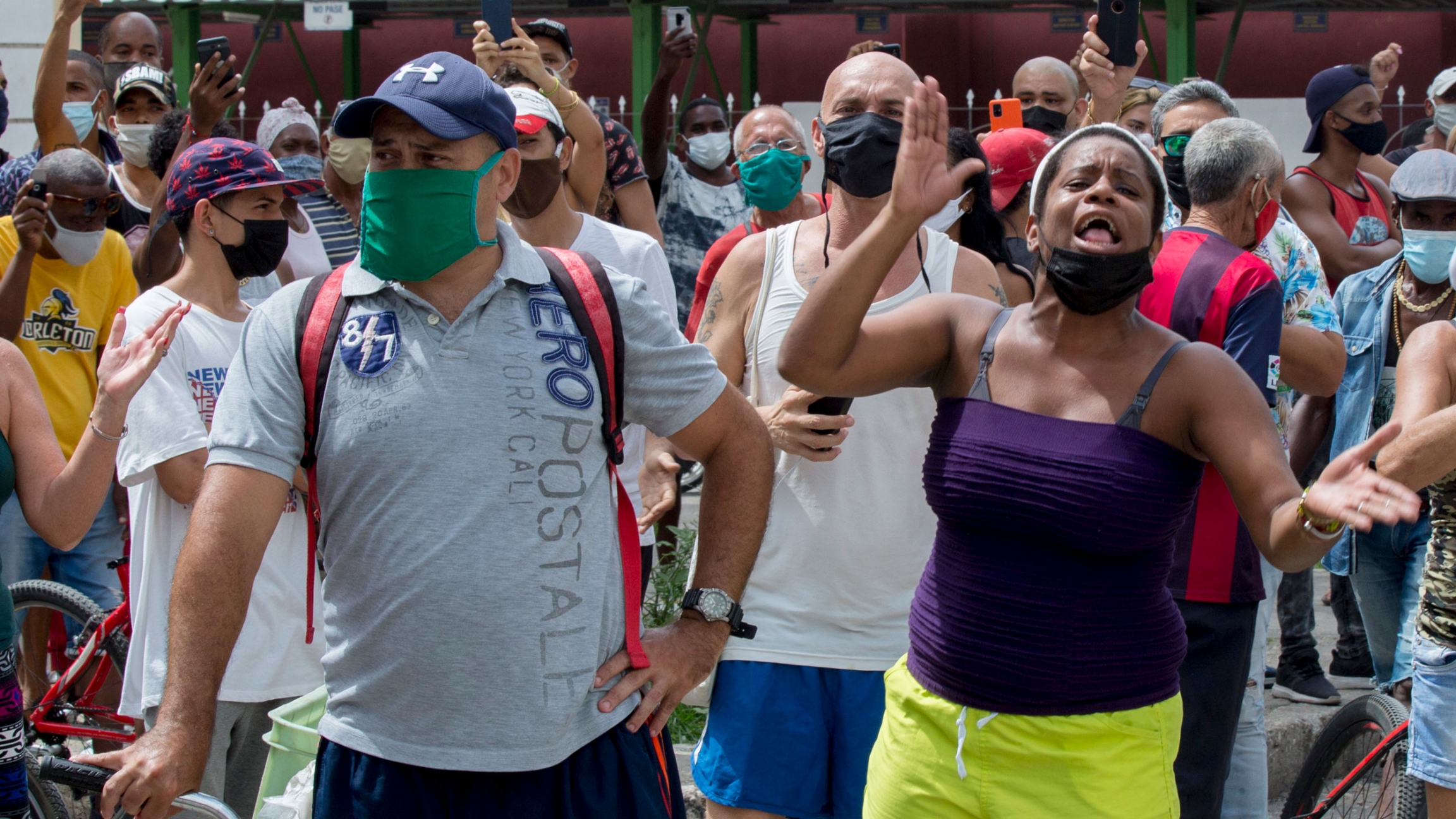 A woman shouts during a an anti-government protest in Havana, Cuba, July 11, 2021.

An astonishing scene unfolded in Cuba over the weekend as thousands took part in anti-government demonstrations across the island. It was a rare moment in a nation that typically cracks down hard on dissent.

"Really, there has been nothing like this since the first three days of January 1959, when another dictatorship was toppled, that of [Fulgencio] Batista, and that the new revolutionary government, not yet communist, led by Fidel Castro, was attempting to take power and very fearful at the time that the military might try to stage an interventionist or transitional government instead," historian Lillian Guerra told The World's Marco Werman. "So, this is nothing like what we've seen before." 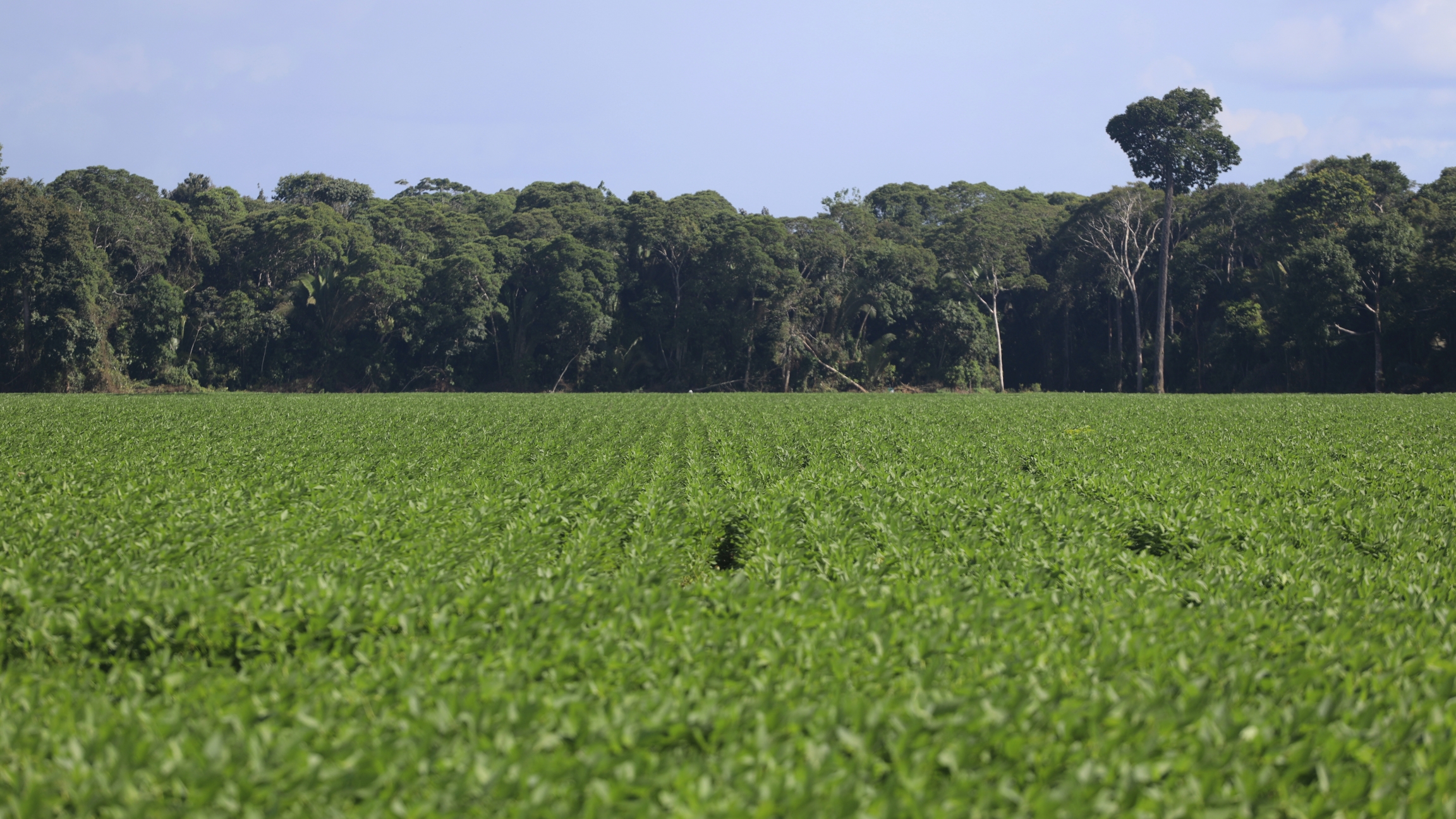 Brazil outpaced the United States last year to become the largest soy-producing country in the world. Record exports are again expected this year.

Several months ago, Bangladeshi radio personality R.J. Apu, who grew up reading Tintin comics throughout the 1990s, created cover art that shows the famous illustrated reporter in various cities across Bangladesh, to the delight of fans.

As someone who has read all the volumes in the Tintin series, I really enjoyed speaking with RJ Apu about this terrific project of his. https://t.co/RGvJKz0a6N 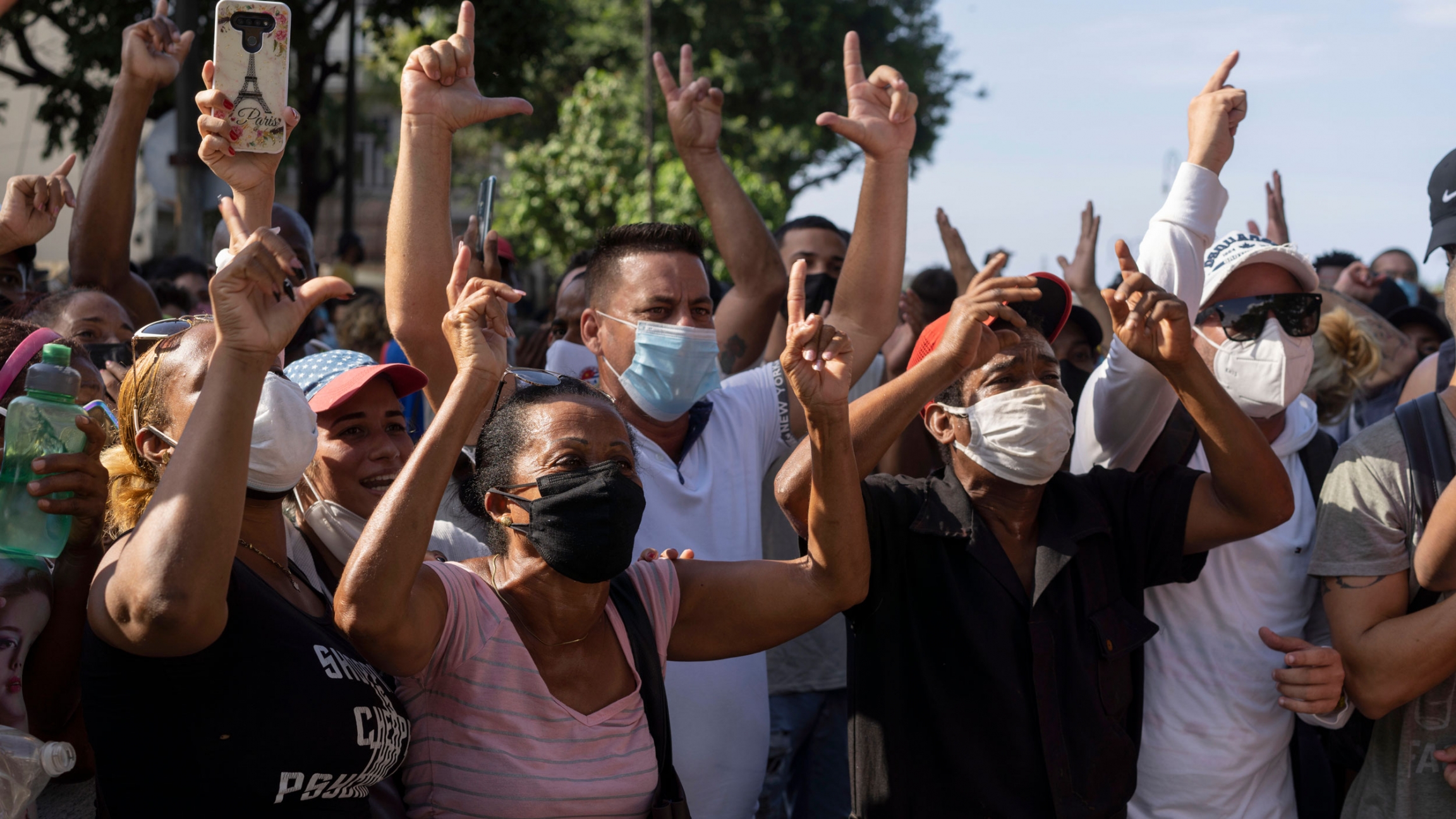 Anti-government protesters march in Havana, Cuba, July 11, 2021. As Cubans facing the country's worst economic crisis in decades took to the streets in droves over the weekend into July 12, 2021, authorities blocked social media sites in an apparent effort to stop the flow of information into, out of and within the beleaguered nation.

Thousands of Cubans took to the streets on Sunday to protest the government’s mishandling of the pandemic and continued problems with power blackouts and food shortages. And, along with the assassination of Haiti’s president this week, the country faces an uptick in gang violence. Also, dozens of Chinese feminist social media channels have been abruptly deactivated recently, triggering anger and fear. And, Super Mario 64 still holds nostalgic value. An unopened cartridge of the classic game just sold at auction for a record-setting $1.5 million.