Tintin was one of the most popular European comic book characters of the 20th century, and it garnered fans from around the globe.

From the 1920s to the 1980s, Belgian cartoonist Hergé — whose real name is Georges Remi — published 24 comic books about Tintin.

Since 2007 — the centenary of Hergé's birth — the series has been published in dozens of languages and has sold millions of copies.

The main character Tintin is a teenage reporter who, along with his dog Snowy, finds himself solving mysteries in various countries, including Peru, Morocco, Egypt, China, the US and what was then the Soviet Union — but never in Bangladesh. 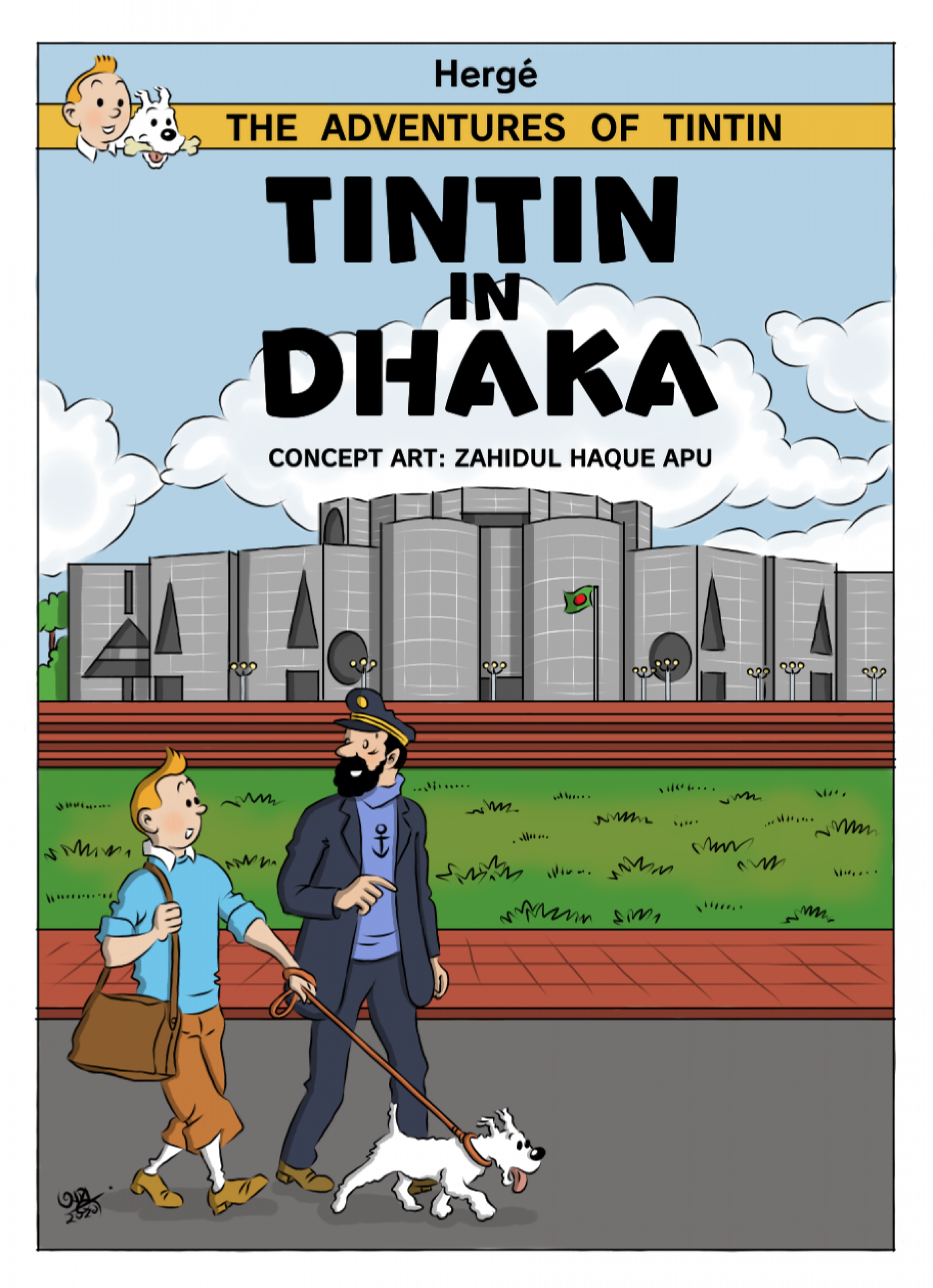 Related: In today’s Germany, a new book makes fun of anti-Semitism through cartoons

Several months ago, Bangladeshi radio personality R. J. Apu, who grew up reading the comics throughout the 1990s — and whose actual name is Zahidul Haque Apu — decided to fix that. 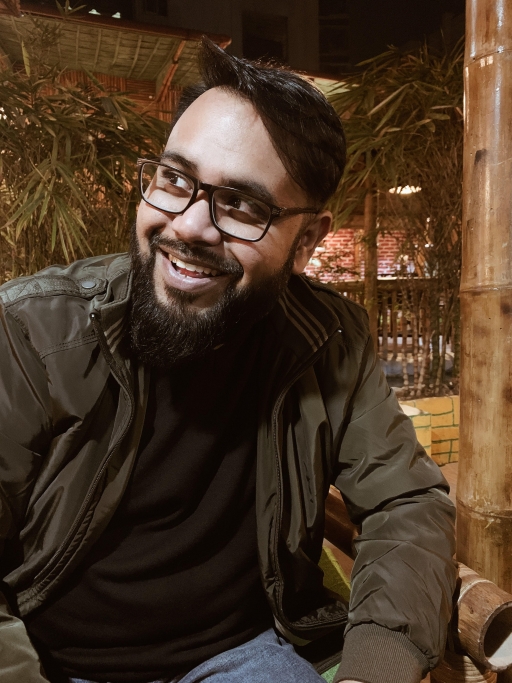 So, he created cover art that shows Tintin and Snowy in various cities across the country. Though he doesn't write new plots, the illustrations have piqued the interest of many Tintin fans.

Related: No joke! How two cartoonists spurred revolution during the Arab uprisings.

Apu joined The World's host Marco Werman to discuss why and how he took on the project. Tune in to the podcast to hear the full interview.

Marco Werman: You've been a fan since you were a kid. What is it about Tintin that first captured your imagination when you were young and growing up in Bangladesh?
Zahidul Haque Apu: I grew up reading all those amazing books about detectives and adventure. When I got to know about Tintin and then start reading it, I got amazed that this little kid with a dog solving mysteries, it amazed me. And sometimes I put myself in Tintin's shoes, I imagined myself as Tintin, and I thought, what could I do if I was Tintin? I remember when I was a child, I was dying for a dog like Snowy. I wanted that. But it never happened. So it's amazing. It blew my mind, actually.​​​​​ 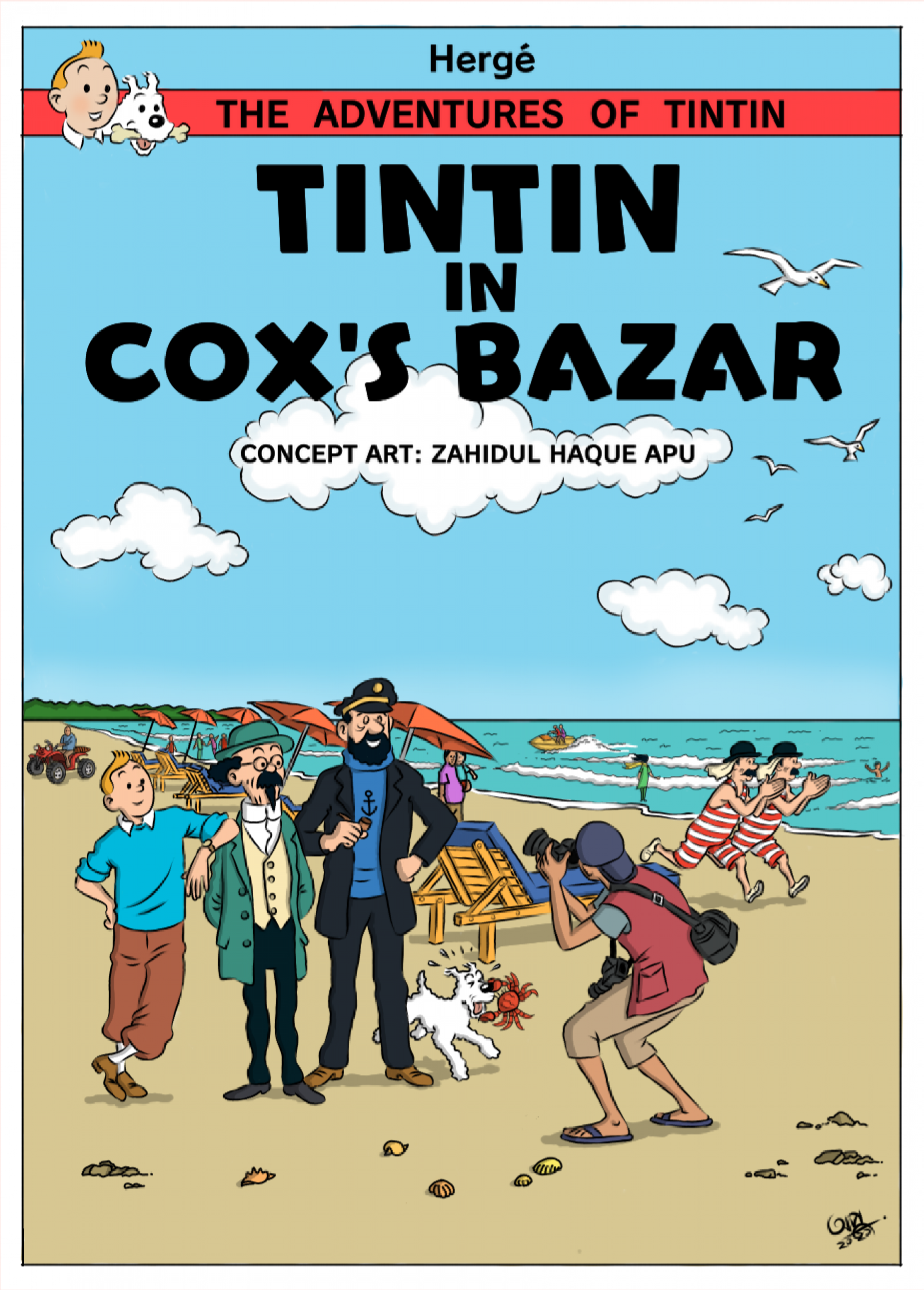 So, Apu, you have now managed to get Tintin to Bangladesh. How and why did you do this?
I got infected by COVID, and I was isolated for 21 days in my house. So, I had nothing to do. I was really upset, depressed, and all my doctors and friends, they all advised me, please stay positive, do stuff you want to do. So, I thought, let's start drawing. One day, I just thought, I am pretty confident I can draw Tintin, so I just drew Tintin in Dhaka in front of the National Parliament House of Bangladesh, and I posted it on my Facebook profile and everyone liked it. People started requesting me to get into their cities, their home and stuff, so I just kept going.​​​​​​
I'm wondering, if you had to create a storyline for Tintin in Cox's Bazaar, Tintin in Dhaka, what does your imagination tell you about how that adventure might go?
When I drew Tintin in Dhaka, I put Snowy you on a leash. All the Tintin fans, they hated it. They said, "Oh no, you can't do that. Snowy is a free dog. He's very intelligent. You don't have to put him on a leash." So my point was, Dhaka is a very crowded city. People are all around you. You have cars and traffic jams and stuff. So, I had to do that. You know that Snowy's very curious. And he can run away. So, I put him on the leash, because my first story would be Tintin losing Snowy in Dhaka and trying to find him. 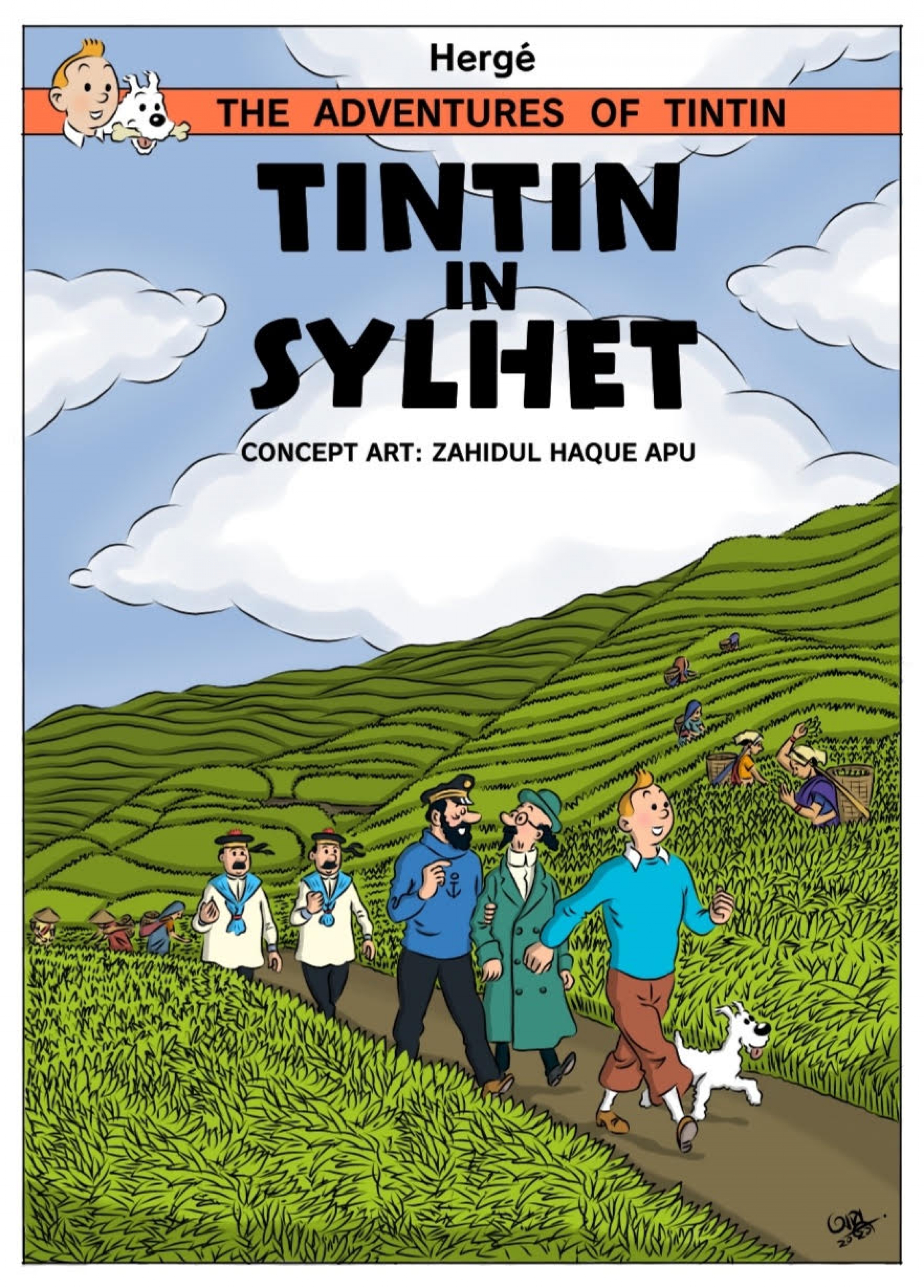 Some volumes in the Tintin series have been deeply criticized for their colonial depictions of people who are not white, like Tintin in the Congo or Tintin in America. Was that also in the back of your mind as something that needed correction?
When I grew up reading Tintin, I didn't understand that. But later on, when I got to know and understand, yeah, there are a few aspects that was in the back of my head. But not that much, because I like the whole idea of Tintin — the brightness, the positiveness of it. So, I always tried to ignore the fact that there is some controversy, especially in the Congo and Tintin in America.