Nigeria kidnapping
Armed men have abducted around 150 schoolgirls from a boarding school in Nigeria's Kaduna state. The Bethel Baptist High School is the 10th target of such a crime since December. Police say 26 people, including a teacher, were rescued, but the rest are still missing. Gunmen also kidnapped eight people on Sunday, including two nurses and a 12-month-old child, from a medical center in another state. Locally known as “bandits,” gunmen have made an industry out of kidnappings for ransom.

Honduras court
A court in Honduras has found former energy executive Roberto David Castillo guilty of planning the murder of high-profile environmental activist Berta Cáceres in 2016, and plans to sentence him in August. Cáceres led protests against the Agua Zarca hydroelectric dam project and faced threats for years over her opposition. She was later shot dead in her home. She had argued that the dam would have caused flooding in large areas, cutting off water supplies, food and medicine for hundreds of Indigenous Lenca people. Having filed official complaints, she also organized a roadblock preventing construction workers from reaching the site. Castillo was the head of the dam construction project.

Israel law
Israel’s parliament has blocked the extension of a contentious 2003 law that bars citizenship or permanent residency for Palestinians from the occupied territories if they marry Israeli citizens. It is a setback for the new government under Prime Minister Naftali Bennett. The law was introduced during the second intifada and must be renewed every year, something that’s happened with a near-automatic majority for the past 17 years. Thousands of Palestinians previously unable to do so can now claim citizenship rights.

Scientists turn to the ancient Mayans for lessons on sustainability 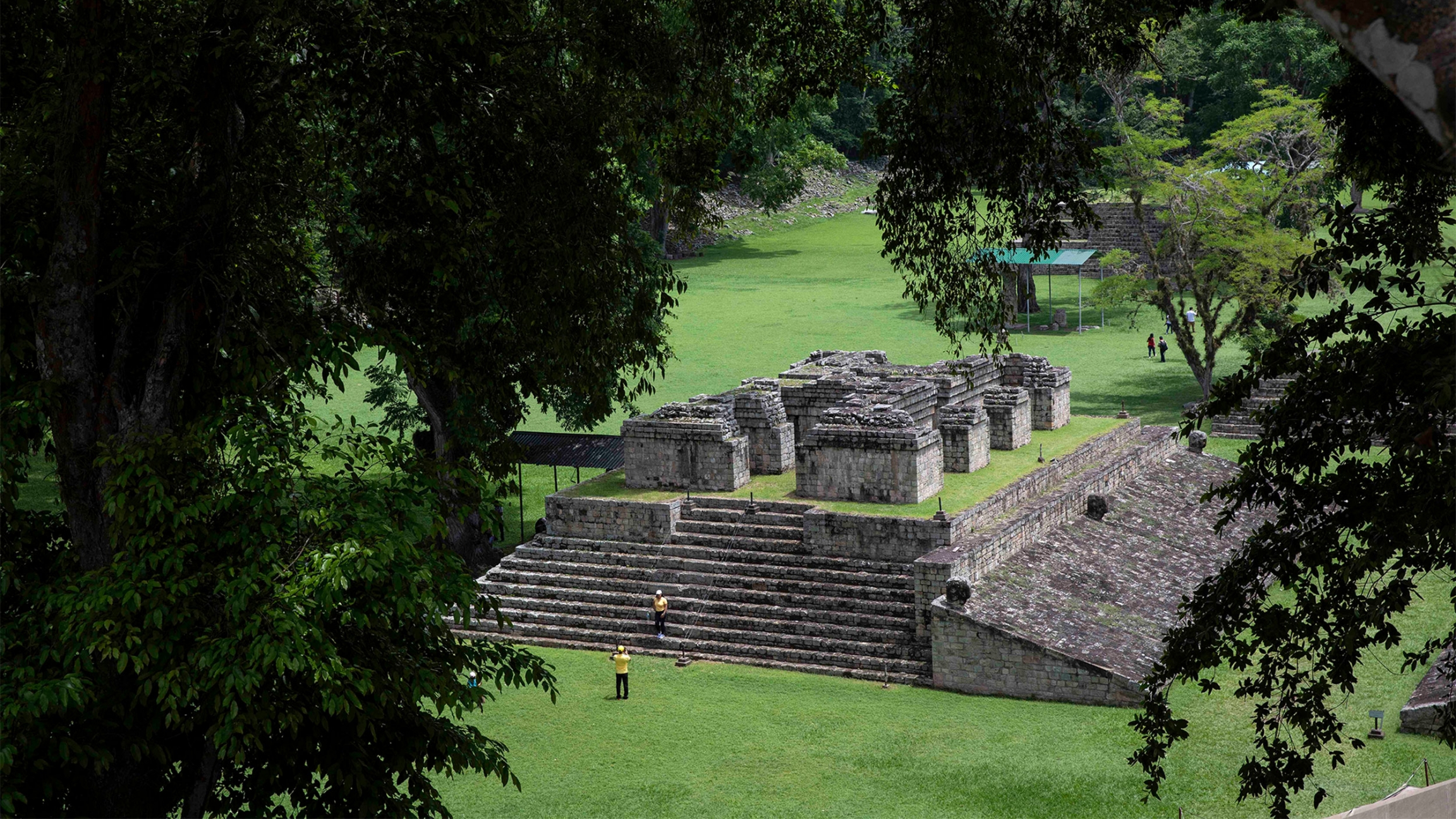 The ancient Maya civilization that was centered in southern Mexico, Guatemala and Belize, had a system in place that worked in harmony with the environment. Now, researchers are studying historic cities to learn how to live sustainably today.

Lisa Lucero, an anthropology professor at the University of Illinois Urbana-Champaign, and an expert on Mayan civilization, discussed her findings with The World's host Marco Werman.

As the West jeers, durian mania rises in Asia 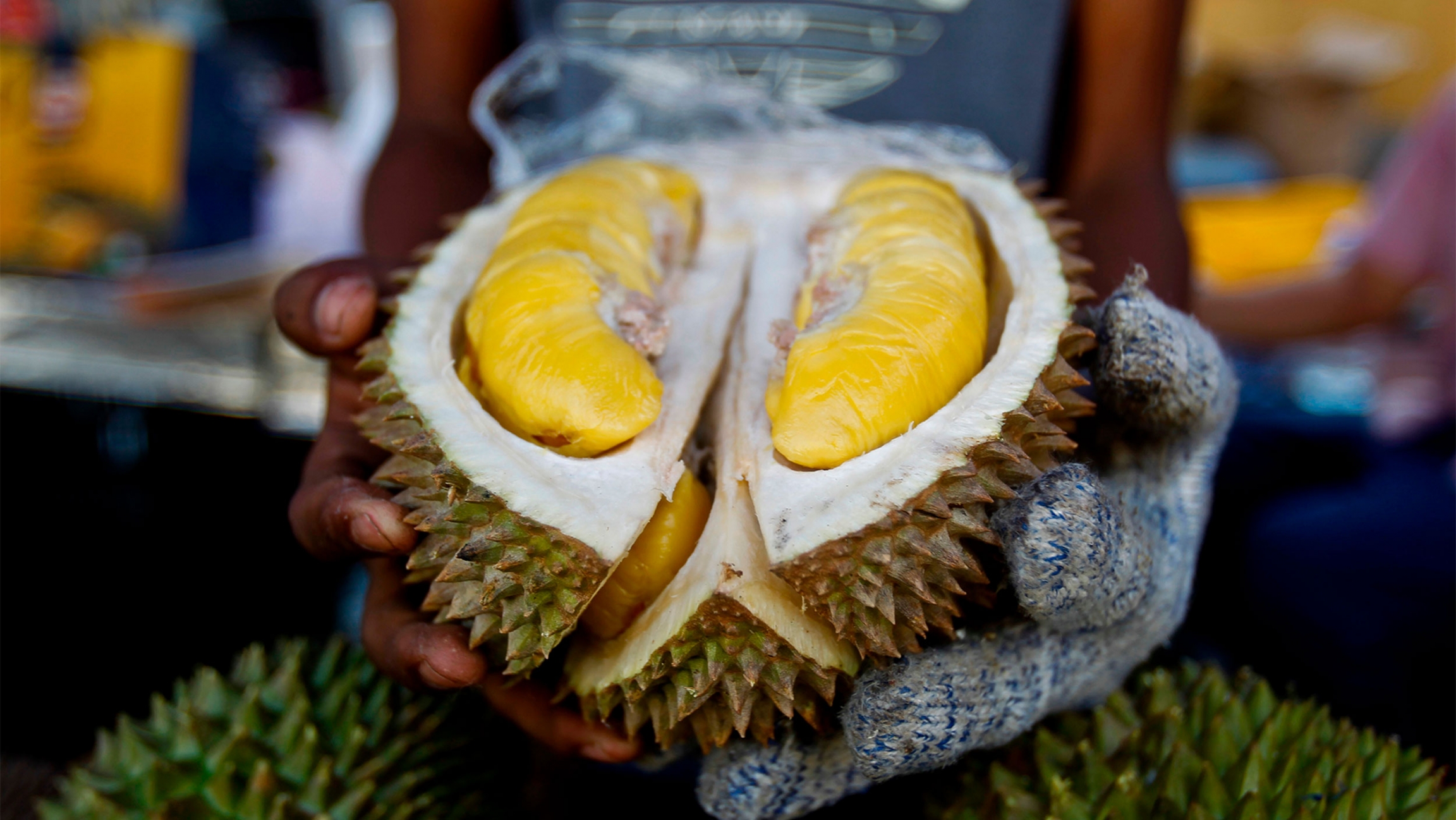 A cut Musang King durian is shown by a vendor during the International Durian Cultural Tourism Festival in Bentong, Malaysia, Nov. 25, 2017.

Durian fuit is selling like never before accross Asia. Long a coveted fruit, the durian has, in recent years, become the focus of a full-on food craze. This is largely owed to China, where the market for durians has quadrupled in the last 10 years to exceed a value of $1 billion.

What a fizz! For the French, the label champagne can only be given to the bubbly coming from the Champagne region.

France's champagne industry group blasted a new Russian law forcing foreign producers to add a ‘sparkling wine’ reference to their bottles and called for exports to Russia to be halted https://t.co/V1sCVPgsqI pic.twitter.com/9n2KrYblv7

This story may sound familiar. A major hack, with more than 1,000 businesses affected. According to cybersecurity experts, the Russia-based hacking group REvil is the source of the attack. Also, in South Africa, political tensions are growing after a court sentenced former president Jacob Zuma to prison for absconding from a corruption inquiry — a ruling that appears to strike at perceived official impunity. Zuma has struck back, comparing the judges to the white apartheid-era rulers he once fought. And, abortion activists and pro-choice gynecologists in ultra-Catholic Malta have created the country’s first free family-planning service.