Suez Canal ship freed
Egypt has agreed to a deal to release the impounded Ever Given container ship in the Suez Canal on July 7. The Panama-flagged vessel, one of the largest of its kind, had become wedged across the canal after high winds grounded it, disrupting global trade. It was freed after a six-day operation by a flotilla of tugboats and dredging vessels, during which one person died. Cairo had demanded $550 million from the owners. UK Club, the insurer of Ever Given's owner Shoei Kisen for third-party liabilities, announced that a "formal solution" was reached with the Suez Canal Authority over compensation. Neither side has released details of the agreement.

Ransomware attack
A ransomware attack has struck hundreds of companies worldwide. Hackers targeted at least 200 businesses associated with software supplier Kaseya. Cybersecurity researchers say the Russian-speaking ransomware syndicate REvil appeared to be behind the attack, and likely timed it for the July 4 Independence Day weekend. The hackers have demanded $70 million to restore data. In Sweden, 500 coop supermarket stores were forced to close due to the attack after its cash registers and self-checkout stations stopped working. While the chain store was not targeted directly, its software supplier company was.

South Africa Zuma
A large crowd of supporters have surrounded the home of former South African President Jacob Zuma as human shields to prevent authorities from arresting him. The Constitutional Court found Zuma guilty on June 29 of violating its order to testify before a judicial panel investigating graft during his nine years as president. The court sentenced him to 15 months in prison and later agreed to hear his challenge to the sentence, likely forgoing a Sunday deadline to hand himself in. Zuma has likened the judges to apartheid-era rulers, and says the court convicted him without trial.

Peru’s likely next president is popular with Indigenous voters. It’s made him a target for hate speech 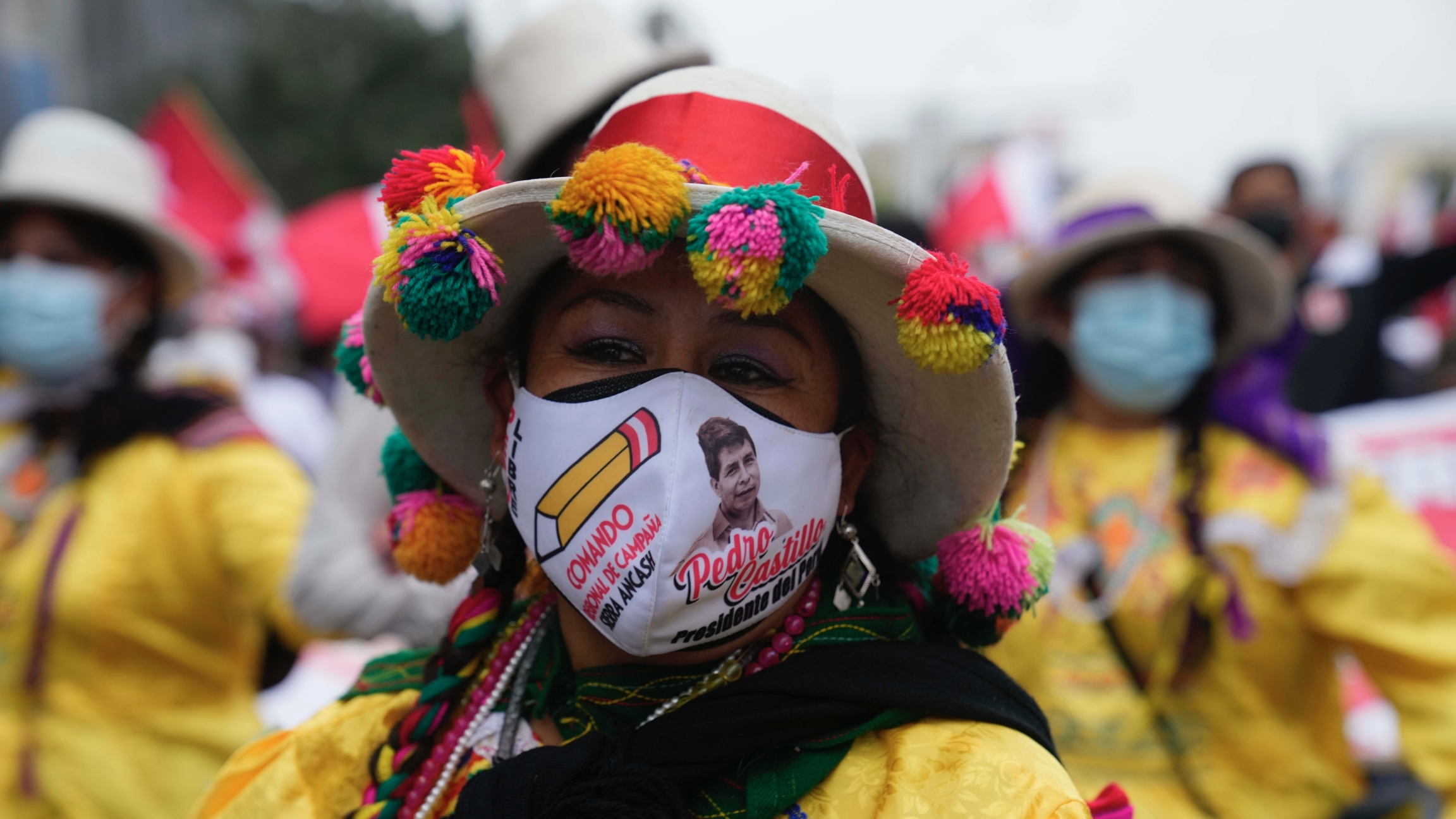 People march in support of presidential candidate Pedro Castillo weeks after the presidential runoff election, in Lima, Peru, June 26, 2021. With all the votes tallied from the June 6 presidential runoff, Castillo is ahead of his rival candidate Keiko Fujimori, but electoral authorities said they are scrutinizing a small number of ballots amid unproven fraud claims by Fujimori.

Socialist candidate Pedro Castillo has emerged as the virtual winner of Peru’s still-undeclared June 6 presidential contest, but for him and his supporters, it’s still too early to celebrate. Castillo, who holds a razor-thin lead over conservative Keiko Fujimori, has been the target of hate speech and anti-Indigenous rhetoric intensifying amid unsubstantiated allegations of voting fraud.

This closely contested presidential election exposes a long-standing, but rarely acknowledged, problem in the country — a legacy of marginalizing Indigenous people, who account for more than 26% of the population. 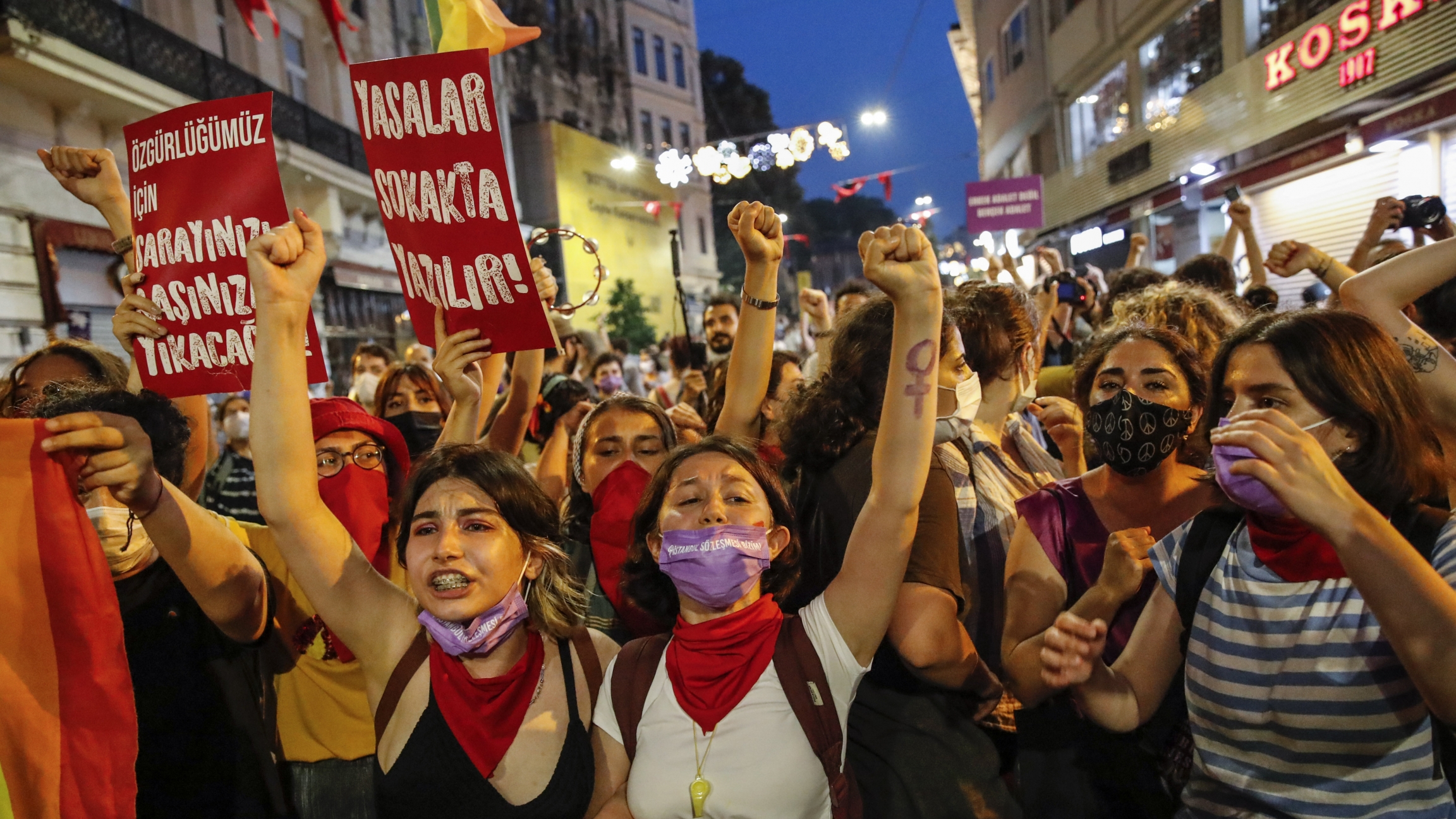 Protesters in Istanbul chant slogans against the government's decision to withdraw from the Istanbul Convention, July 1, 2021.

On July 1, after Turkey formally withdrew from the Istanbul Convention, hundreds of protesters gathered on Istanbul’s Istiklal Avenue in support of a landmark international treaty designed to protect women against violence, carrying banners, purple flags and signs.

Erdoğan’s conservative government defended the decision to leave by claiming that the document had been “hijacked by [a] group of people attempting to normalize homosexuality, which is incompatible with Turkey’s social and family values.”

And the Guinness World Record for the tallest stack of M&M's goes to Will Cutbill, a British civil engineer — who loves chocolate.

How tall was the record-breaking? F-I-V-E M&M's! ✋Yes, five, after hundreds of attempts. 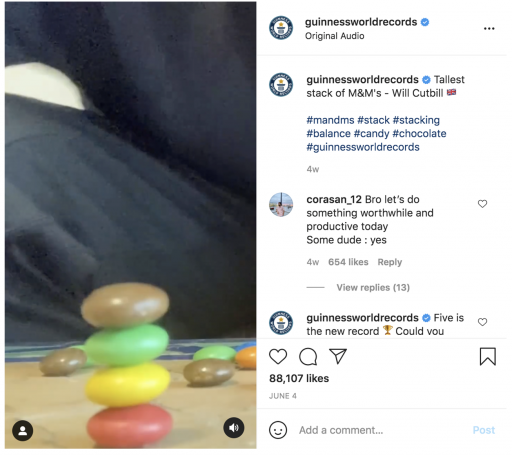 One of the main symbols of US military presence in Afghanistan was the Bagram Air Base. Now, after 20 years, the last remaining American troops have left. And, the town slogan for Lytton, British Columbia, is “Canada’s hot spot." This week’s heat wave caused temperatures there to soar to 121 degrees Fahrenheit on Tuesday. Also, "The Last Kings of Shanghai," Jonathan Kaufman’s latest book, takes readers to 20th-century Shanghai, and explores the complicated legacies of two families.