China: CCP 100
In a defiant and nationalistic speech on Thursday marking the centenary of the founding of the ruling Communist Party, Chinese President Xi Jinping warned that foreign powers trying to bully China “will face broken heads and bloodshed." Xi’s forceful language, celebrating the country’s one-party rule, came during a rally featuring a military flyover and thousands of people singing patriotic songs and waving Chinese flags.

Donald Rumsfeld
Donald Rumsfeld, the cunning and controversial two-time US defense secretary, died on Tuesday at the age of 88. Rumsfeld, had a reputation as a skilled bureaucrat, and was recognized for early successes in the US war in Afghanistan following the attacks on 9/11. But, Rumsfeld was widely criticized for the long and costly Iraq war that he oversaw as Pentagon chief under former President George W. Bush, a war based on the false premise that Iraqi leader Saddam Hussein was harboring weapons of mass destruction. During his tenure, the US also faced international backlash over the use of torture tactics by the US.

Canada First Nations
The First Nations Lower Kootenay Band said on Wednesday that they had found 182 human remains in unmarked graves, the latest grim discovery by Indigenous groups in Canada in the past month. Using ground-penetrating radar mapping technologies, technicians found the remains of Indigenous children between the ages of seven and 15 at a site near a former Catholic Church-run residential school close to Cranbrook, British Columbia in western Canada. The residential schools were used to forcibly assimilate Indigenous children in what a government commission called “cultural genocide.” The discovery comes ahead of the celebration of the country's national holiday Canada Day, which some towns across the country have canceled.

‘This is the first time I am holding a gun’: Afghans take up arms to fight the Taliban 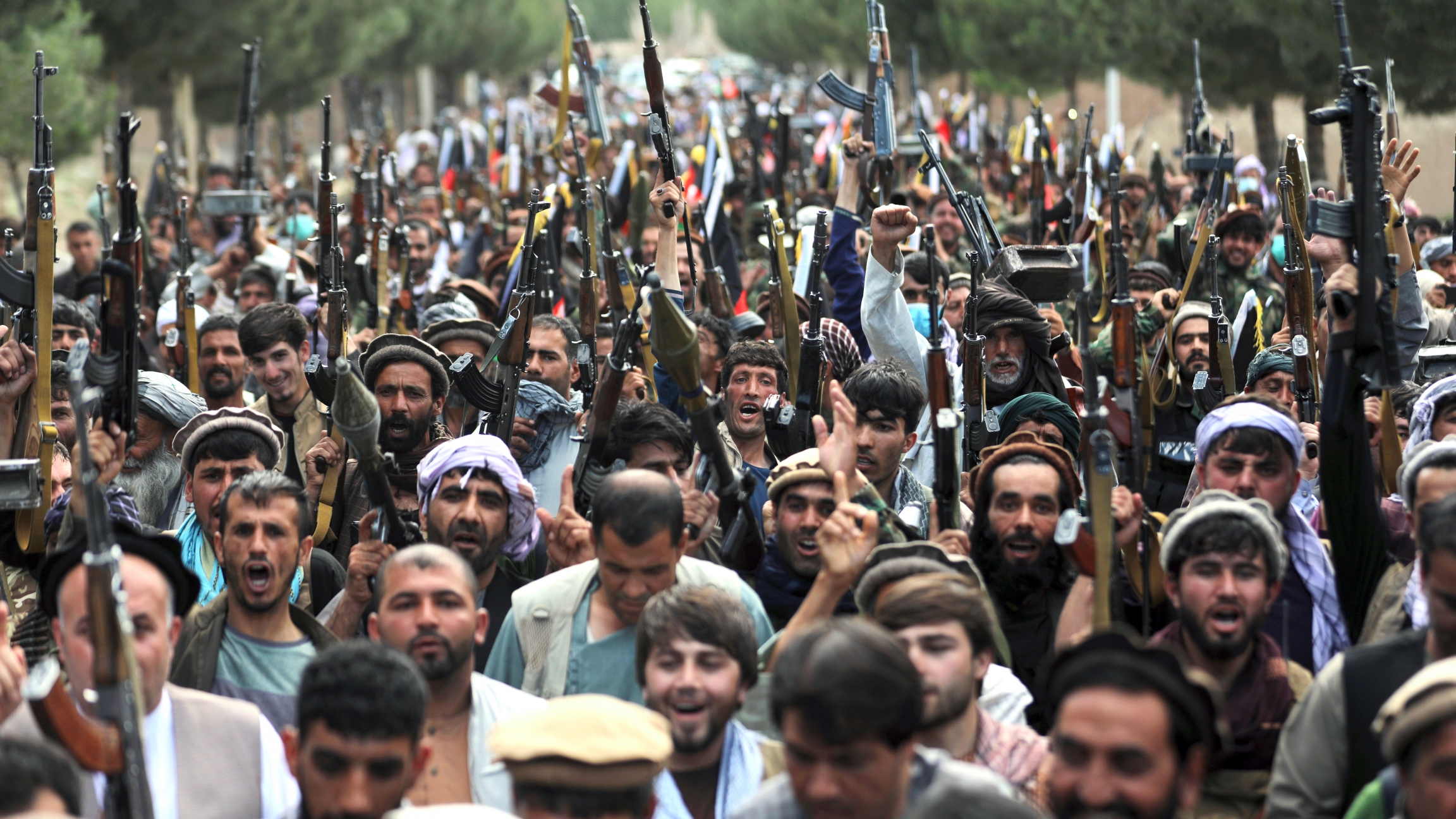 Afghan militiamen join Afghan defense and security forces during a gathering in Kabul, Afghanistan, June 23, 2021. Afghanistan's defense ministry is working with warlords to mobilize local militias across the country, most particularly in the north, to try to stem the tide of the latest Taliban gains. Several key districts in the north of the country have fallen to the Taliban.

The Taliban, emboldened by the US and NATO troop withdrawal, has stepped up its attacks in recent weeks. Conditions are fluid and sometimes districts change hands between government forces and the Taliban in a matter of hours.

In response, the Afghan government has launched what it calls a National Mobilization effort. The aim is to arm Afghans against the insurgents and to boost militias across the country. 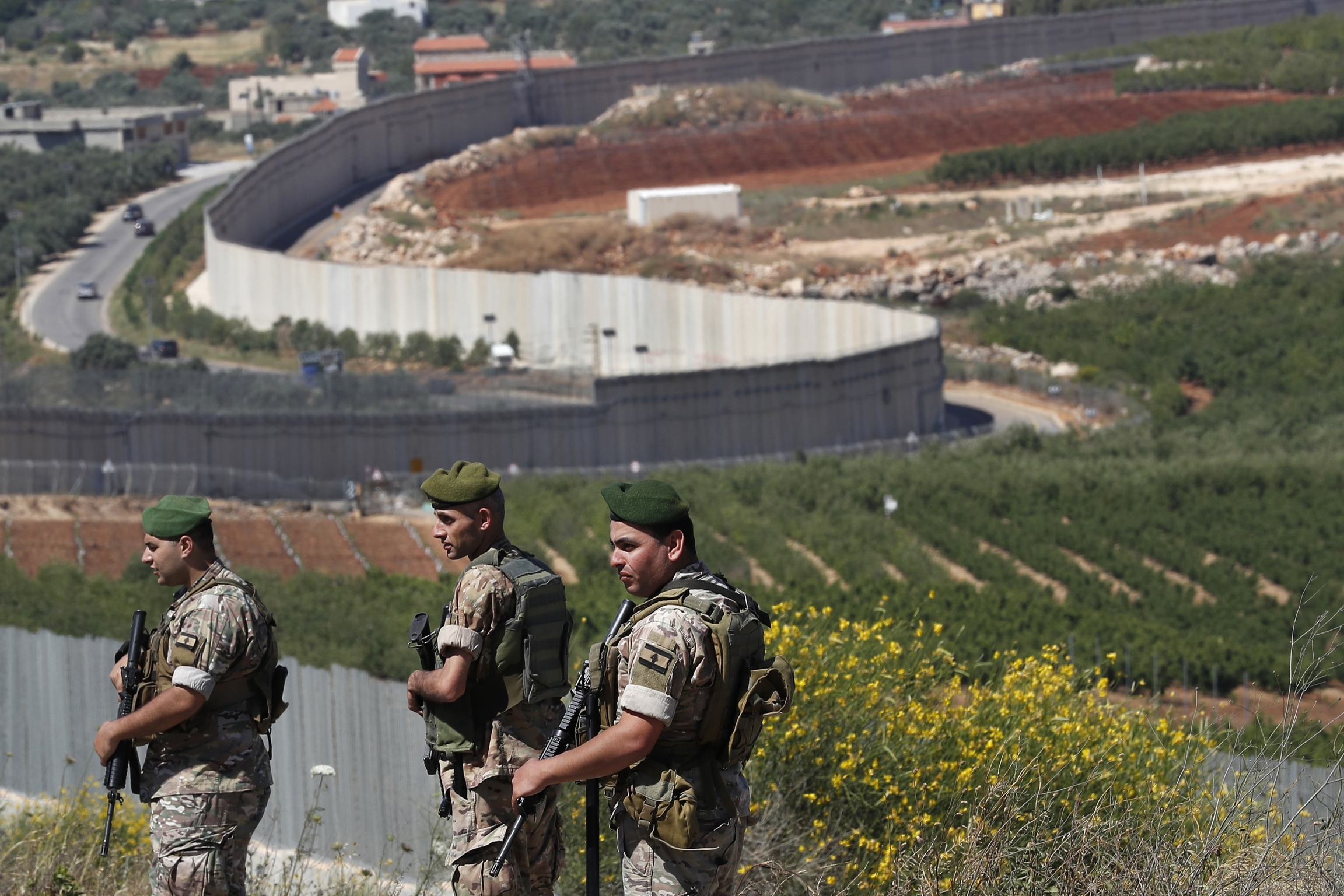 Lebanese army soldiers deploy on Lebanon's side of the Lebanese-Israeli border in the southern village of Kfar Kila, May 15, 2021.

The Lebanese pound has lost more than 90% of its value, and imports such as medicine, food and fuel are increasingly difficult to procure. These gas lines are a near-constant sight on Lebanon’s roads and highways.

Earlier this month, General Joseph Aoun issued a dire warning about the impact of Lebanon’s economic spiral on the Lebanese Armed Forces (LAF).

Tony Lai and Maggie Chan have beem preserving hong Kong, the city of their childhood, in these miniature models of a rapidly-changing city scape. Time flies! ⌛

July 1 is the 100th anniversary of the founding of the Communist Party in China. Shanghai, where Mao Zedong and 12 other men first laid the foundations for the party, is now the epicenter for celebrations. And earlier this week, the US conducted airstrikes against Iranian-backed militias in both Iraq and Syria. Just hours later, US forces also came under rocket attack. Where does Iraq stand in all of this? Also, with increased access to effective COVID-19 vaccines, many businesses are reopening and people are returning to work. If you’re feeling weird about it, you're not alone.