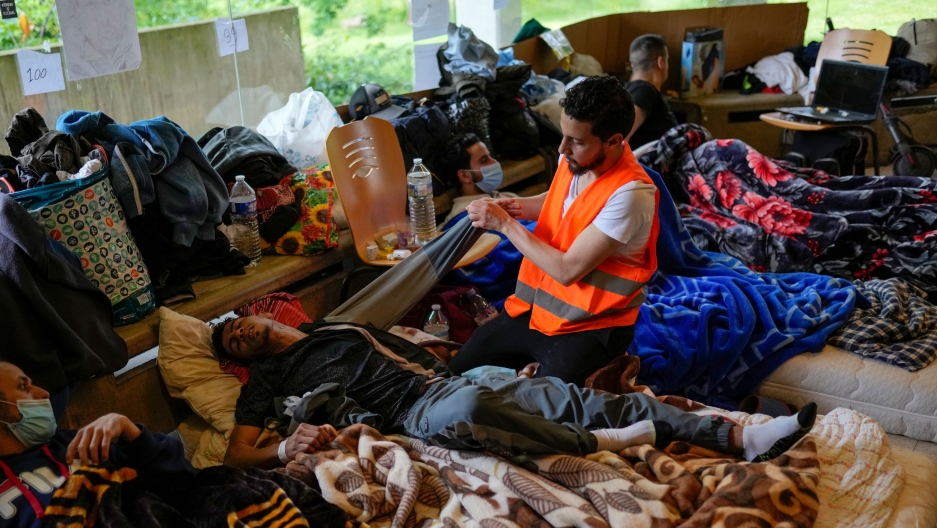 A man on hunger strike is helped by a comrade as he occupies with others a big room of the ULB Francophone university in Brussels, June 29, 2021. More than two hundreds of migrants without official papers and who have been occupying a church and two buildings of two Brussels universities since last February, began a hunger strike on May 23 to draw the attention of Brussels authorities to their plight.

A hunger strike started over a month ago by hundreds of migrants living in Belgium without legal permission is putting increasing pressure on a government coalition weighing the wellbeing of those involved against the need to stick to immigration and asylum rules.

The hunger strike began a two universities and a Brussels church, by migrants desperate to obtain legal residency papers to continue and improve their lives in a nation where some say they have been working and living for a decade.

To highlight their desperation, some hunger strikers stitched their lips together this week, and are only accepting small amounts of liquids through a straw. Estimates of the number participating range as high as 400 but Migration and Asylum State Secretary Sammy Mahdi has used a figure of about 200. 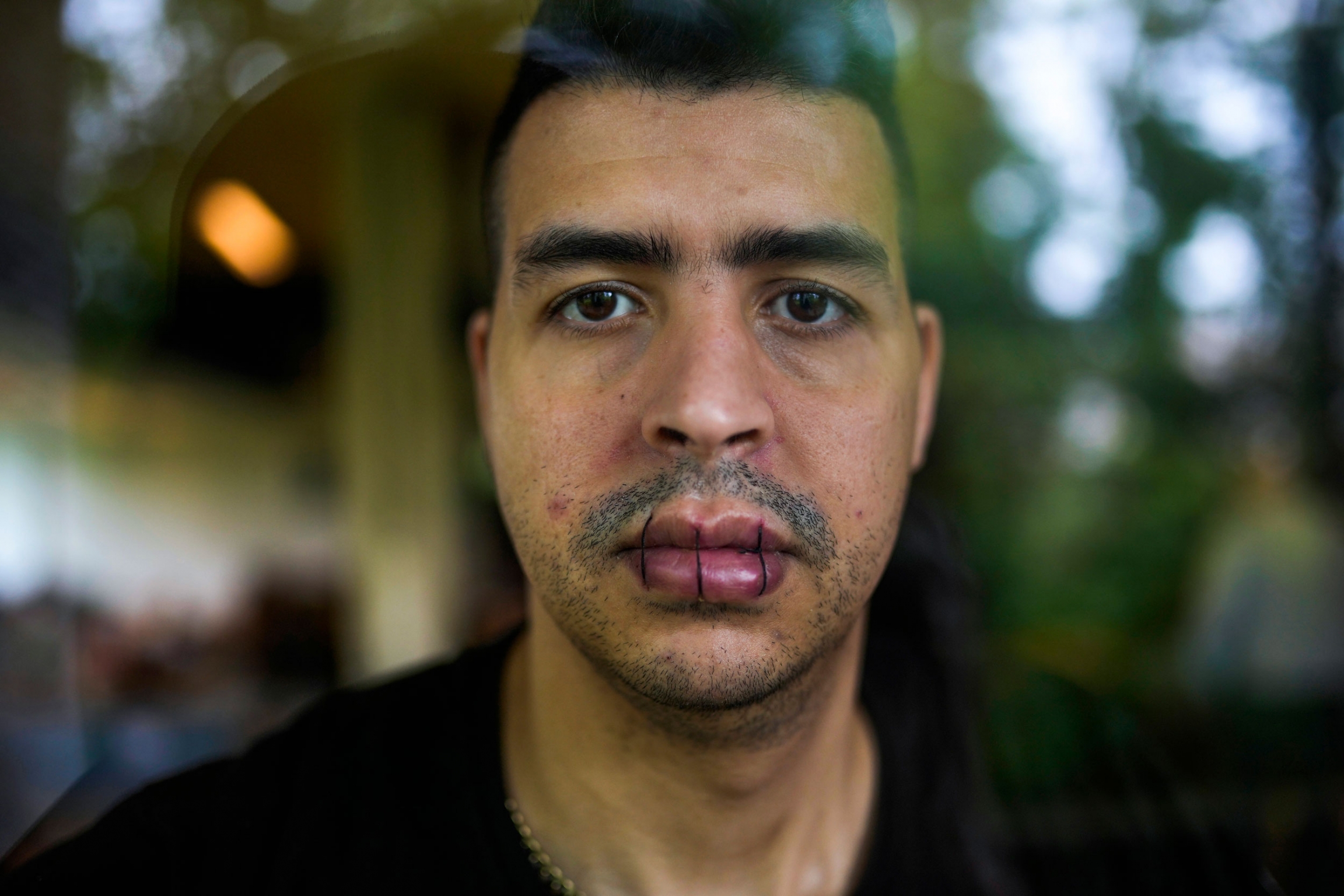 A man from Morocco, no name given, with his lips sewn together and on hunger strike poses for a photo as he occupies with others a big room of the ULB Francophone university in Brussels, June 29, 2021.

Mahdi has insisted he is seeking to quicken up and improve the whole application system for people seeking to stay in Belgium but refuses to budge when facing demands by the hunger strikers for their cases to be handled now.

"That's not the way to go about it," he told VRT network.

Belgium, like so many other wealthy European nations, has had an ambivalent relationship with migration. Since the 1960s, many have been invited to come work and help build states across the continent.

Still, few were fully accepted in society and became the brunt of an often racist backlash when economies took a dip. Many of those on hunger strike now were not part of any legal program but have worked in the gray economy in the nation of 11.5 million where they have no social protection and are often at the mercy of unscrupulous bosses.

The French-speaking Socialist and Green coalition partners have called for a more flexible approach that could give the hunger strikers a better shot at obtaining the necessary papers, as tensions heighten among the seven coalition partners that have comprised the government since October.

Their government program is not specific on how to deal with such a migrant situation.

At the same time, the scenes at the three locations in Brussels look increasingly desperate, with some people unable to stand up because they have become too weak, further increasing the sense of urgency to come up with a solution.