On a recent summer evening, about a dozen men stood in a semicircle in the courtyard of a residential home — now a headquarters for fighters in Baghlan province in northern Afghanistan.

In a video they shared with The World, the men can be seen holding AK-47s, proudly waving them in the air. They say they are ready to fight the Taliban.

About 200 men in this part of the country have picked up arms, according to locals. And similar scenes are playing out in other parts of Afghanistan.

Related: As US withdraws troops from Afghanistan, it will remain ‘fully focused’ on peace, says negotiator Zalmay Khalilzad

The Taliban, emboldened by the US and NATO troop withdrawal, has stepped up its attacks in recent weeks. Conditions are fluid and sometimes districts change hands between government forces and the Taliban in a matter of hours. But according to Deborah Lyons, UN special representative for Afghanistan, more than 50 of 370 districts have fallen to the Taliban since May.

In response, the Afghan government has launched what it calls a National Mobilization effort. The aim is to arm Afghans against the insurgents and to boost militias across the country.

Most of the men in the video from Baghlan province look young, maybe in their 20s.

“This is the first time I am holding a gun,” 20-year-old Safar Mohammad said.

“The terrorists are threatening my hometown, and I’m ready to fight them.”

“The terrorists are threatening my hometown, and I’m ready to fight them.”

Mohammad is referring to the Taliban — the group that the US fought for two decades in Afghanistan and made a deal with in 2020.

Related: Afghan amb to the US on the Taliban: ‘They are not interested in peace but power’

Under that deal, negotiated and signed by the Trump administration, the US agreed to leave Afghanistan. President Joe Biden agreed to a complete withdrawal by Sept. 11. And the Taliban promised to not allow Afghanistan to become a training ground for groups that could harm the US. 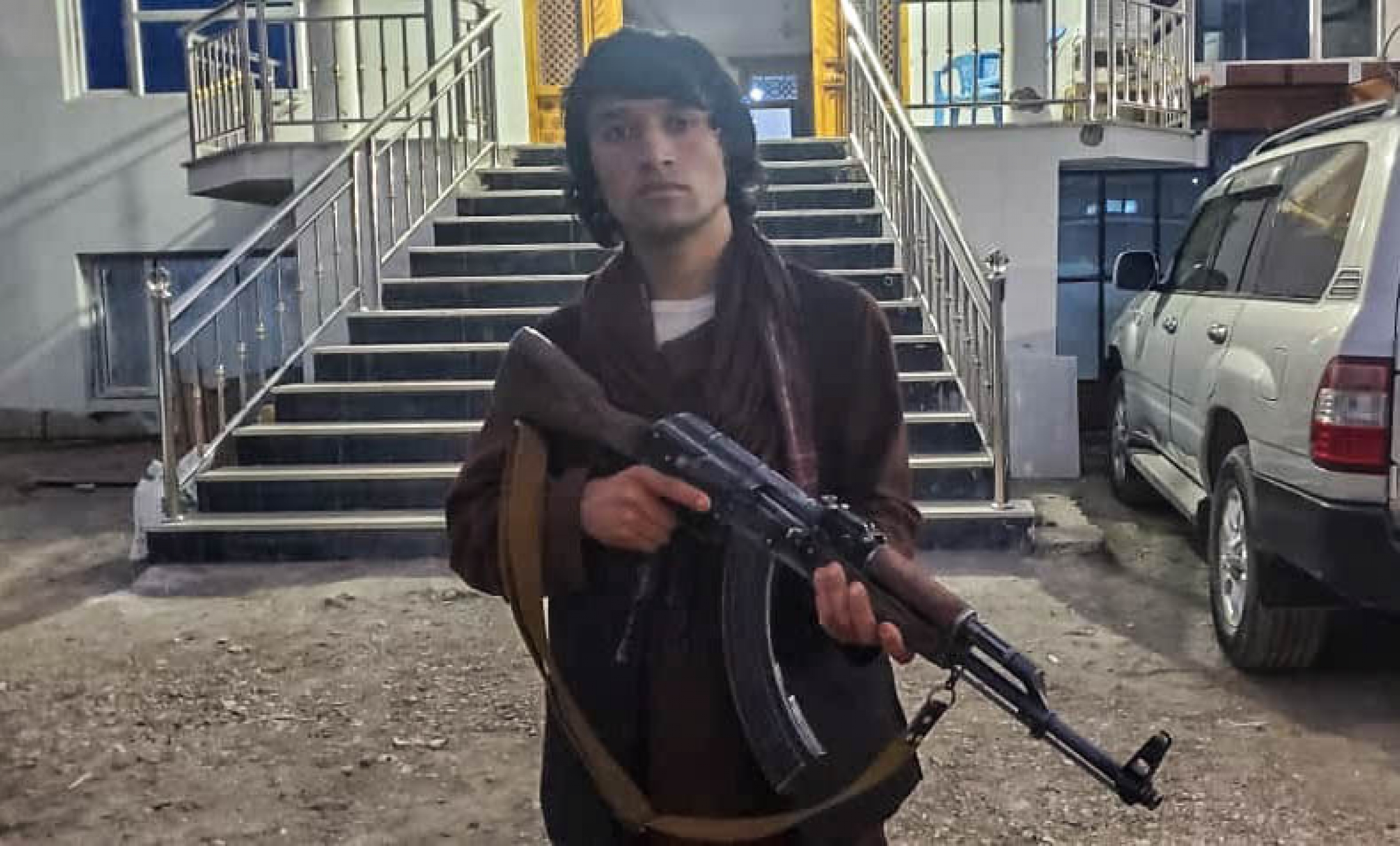 The Taliban also promised to negotiate a deal with the current Afghan government.

Two years later, the US withdrawal is almost done, and yet, there's no agreement in sight between the Taliban and the Afghan government.

That leaves Afghans like Mohammad fearful of a violent Taliban takeover once the Americans are gone.

“We fought them just the other night,” he said. “They lost a few fighters, but thankfully, none of our men were killed or injured.”

“These people that are picking up arms, they are doing this in line with the mandate issued by the Ministry of Defense,” Col. Naweed Kawusi told The World in an interview from Kabul.

Last week, the Afghan government called on volunteers to join the fight against the Taliban.

Sarwar Danesh, Afghanistan’s second vice president, urged people to “stand shoulder to shoulder” with the security forces. The government, he said, is “ready to support you in any way we can.”

Shortly after Danesh’s call, thousands of volunteers marched in the streets, holding up their guns and chanting anti-Taliban slogans.

But while some in Afghanistan view these popular uprisings as necessary, others are concerned.

“Definitely, it’s not a good thing that people are getting mobilized and arming themselves against the Taliban,” said Ali Yawar Adili, researcher with the Afghan Analysts Network in Kabul.

“People are trying to defend or fend off the Taliban’s attacks, but if there isn’t any new progress in the peace talks, this will only prolong the conflict,” he said.

For example, what will happen to all the weapons that the ANDSF, Afghanistan’s National Security Forces, is distributing among people?

Related: Rapper Ali ATH wonders if there's a place for him in Afghanistan's future

What if these volunteers decide they don’t want to follow orders from the central government?

Kawusi of the Ministry of Interior responded: “The reason the ANDSF is involved is not because we are arming them and we’re looking to use them, but rather to guide them to make sure that they don’t cross the line, they don’t do anything illegal and they definitely don’t go and you know, use this group of armed men and women for nefarious purposes.”

Women on the front lines

Women are joining the resistance, too. Pictures and videos of women in blue burqas holding AK-47s in Jawzjan in northern Afghanistan have been circulating online:

“We are currently on the front lines of fighting extremists,” Salima Mazari, governor of Charkint district in Afghanistan's Balkh province, wrote in a WhatsApp message to The World.

“We feel alone and abandoned today. When these extremists are done taking over Afghanistan, they will come for Europe and the US,” she warned.

Najibeh Noor Delawari, the first woman police officer in Jawzjan in northern Afghanistan, said people have lined up to show support for the security forces.

“They want to fight the common enemy — the Taliban,” Delawari said.

Delawari is no stranger to the Taliban.

Her father was a member of the group. Six years ago, she managed to flee Taliban territory and take refuge in a different part of Jawzjan.

Then, she convinced her father to defect.

“It was not easy convincing him,” she said. “It took a long time.”

But now, he too is ready to fight the Taliban.

Delawari knows Taliban fighters have decades of experience on the battlefield. Yet, she has a defiant tone.