Sometimes wrong numbers work. On the East African savanna, Maasai herders can form important new social connections when they misdial their mobile phones, our new study of these communities found. Maasai have traditionally lived in relatively independent, homogeneous groups, but these misdials introduce them to strangers near and far. And some even become friends or business partners.

Our research into how Maasai in Tanzania use their phones shows us how technology, error and openness can bring diverse people together.

Maasai social life centers on family connections. However, groups organized by age and clan are also longstanding and critically important. In a challenging savanna landscape, these intersecting social networks provide a strong web of friendships and business partnerships alike. And now, with mobile phones, communication across these networks is much easier.

This may be changing — and in a way that can offer lessons for societies and technology companies around the world.

Approximately 2 million Maasai live primarily in Kenya and Tanzania. Between 2018 and 2019, our team interviewed hundreds of Maasai in Tanzania to learn more about how they use phones. We discovered that some Maasai form meaningful social connections with people they meet through wrong numbers. 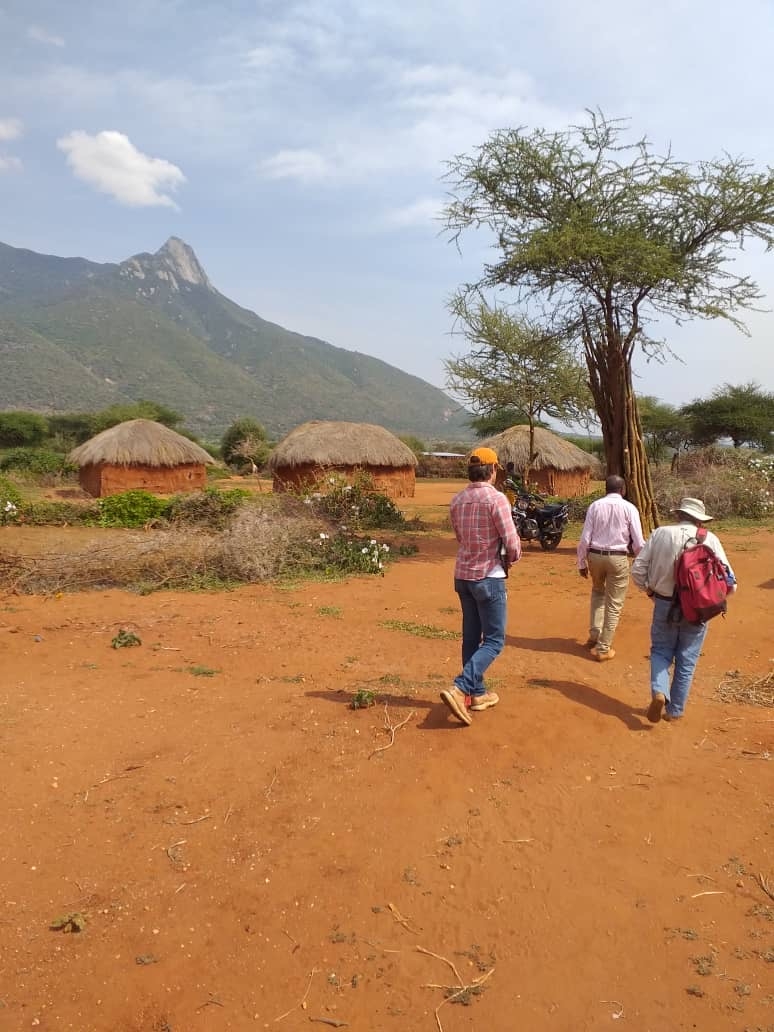 When asked why people use phones this way, one respondent commented, “Good things happen.”

In our 2021 paper, we discuss how and why Maasai form these accidental friendships, how common they are, and how they relate to local livelihoods.

First, misdials may be more common in Maasai groups than in others. Low levels of literacy can lead to errors when people aren’t familiar with the numbers and letters printed on phone buttons. Poor access to electricity can also cause errors. When phone batteries die, people borrow other phones and enter numbers manually. But mistakes are common, and people can be randomly connected across Tanzania and parts of Kenya.

Respondents told us that they can be genuinely curious about calls from unfamiliar numbers and are happy to answer. 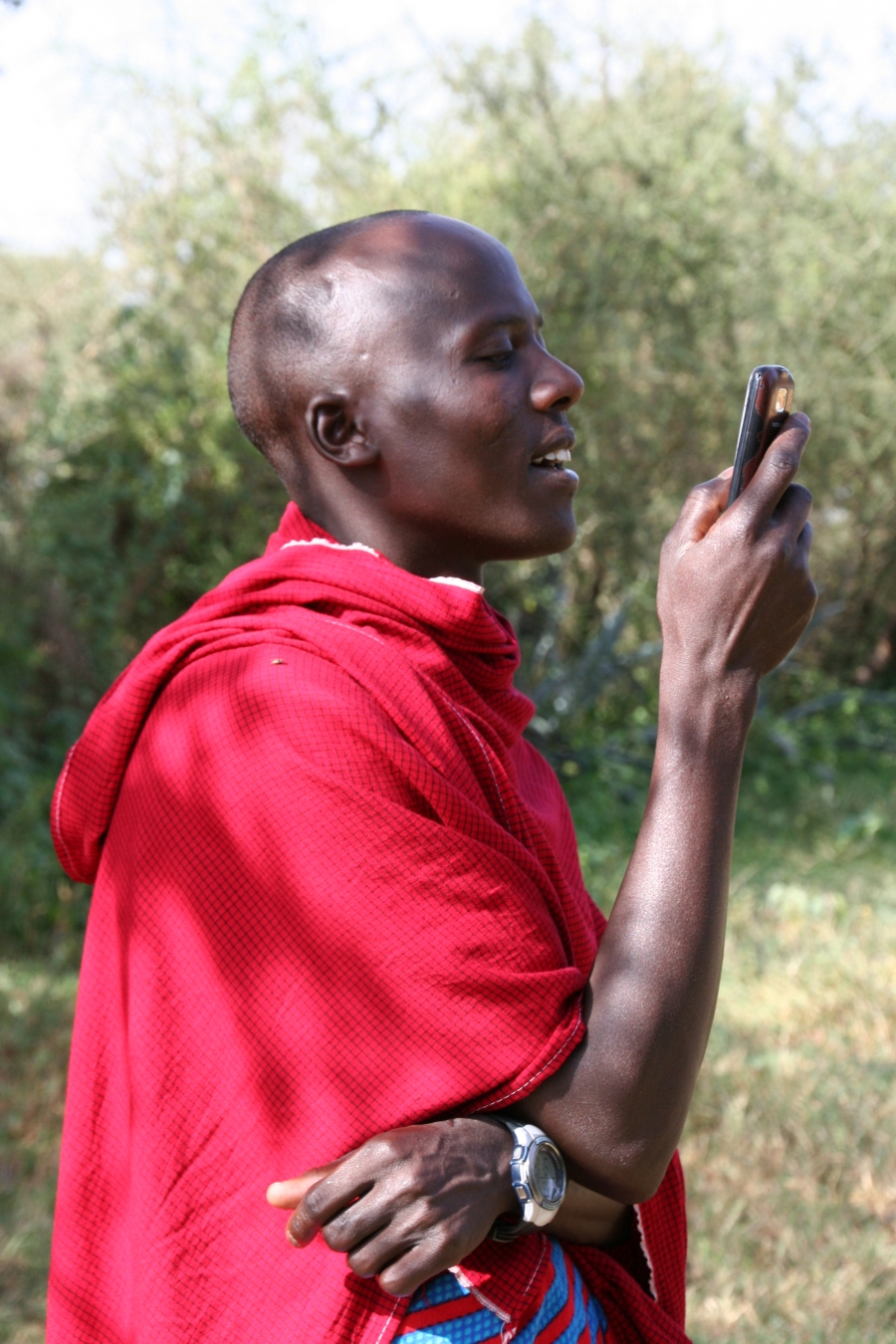 A Maasai man checks the number of an incoming call.

When wrong numbers do occur, callers may simply recognize the error and hang up promptly. But they may also chat and get to know each other. For example, if both parties begin the call speaking Maa, the Maasai language, they may want to learn more about each other. By sharing what age groups and clans they belong to, callers mark their social positions relative to each other. From there, livestock and weather can be easy topics to discuss.

But even callers from different ethnic groups connect. Most Maasai also speak Swahili, the national language of Tanzania. Callers may talk about anything, but conversations about social networks and business activities seem to be common. Ultimately, when either party saves the number and uses it again, a kind of accidental friendship is formed.

In our sample of roughly 300 Maasai men, 46% have had one of these accidental friendships. Women, we were told, do not form these friendships because men, often controlling husbands, limit or monitor women’s access to phones. Men, however, form these ties for many reasons. 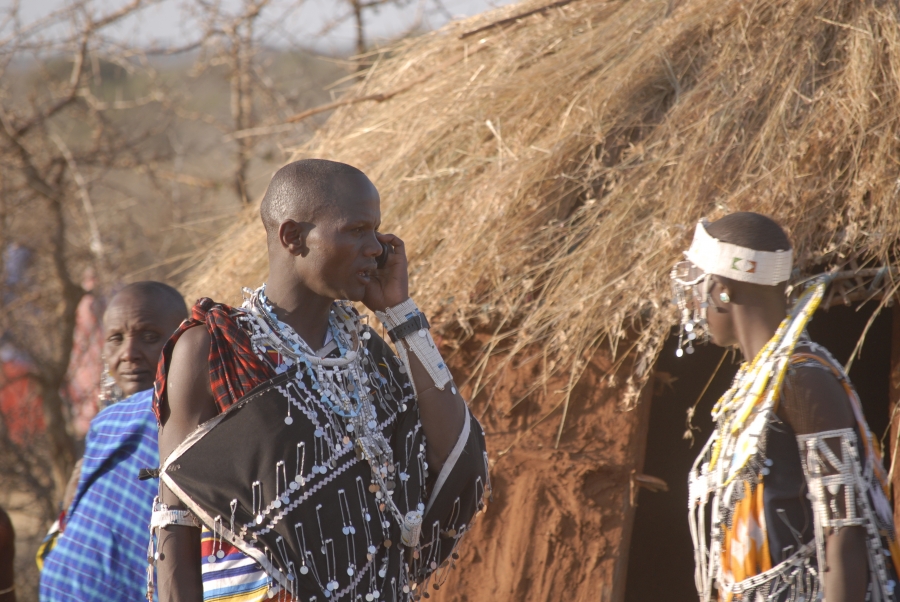 A Maasai man talks on his phone during a community gathering.

First, social networks are critically important to Maasai. In the absence of other social safety nets, like insurance or Medicaid, networks help them manage many challenges. So it’s not necessarily surprising that some have leveraged wrong numbers to learn about other people and places. Distant contacts can be valuable for future travel. As pastoralists who graze large herds across wide areas, Maasai are especially interested in the weather, forage quality and livestock conditions elsewhere. They’re also watchful for opportunities to gain business connections and access to land. Ultimately the dial-and-talk ease of mobile technology suits mobile herders well.

Information itself is valuable and can also lead to materials, markets and money. One Maasai described how, during a difficult drought, he was able to move his livestock to land in another village to graze. This was illegal, but the accidental friend he had made in that village pretended the animals were his own — and the herd survived where many didn’t.

Another person described how he connected with a man far away on the coast who was looking for a rare medicinal plant. This Maasai now harvests the plant and makes regular shipments to a buyer in Dar es Salaam, the country’s largest city. 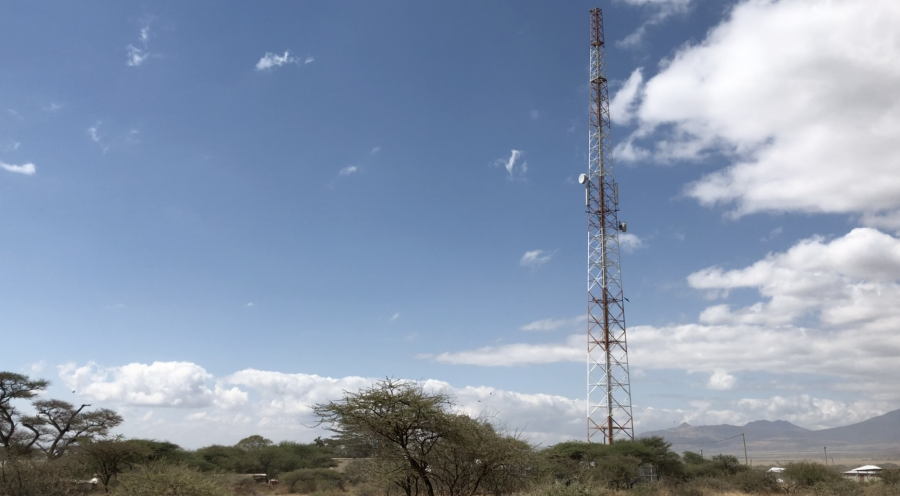 A cellular tower in the study area.

Groups also shared stories of how Maasai have rented land to outsiders to start new farms. One described how he’s become close friends with his tenant and learned much about agriculture.

Accidental friendships, especially between Maa-speaking individuals, can also mobilize and reinforce long-standing cultural practices. People told us how they had exchanged traditional gifts of livestock to formalize their friendships. One man shared how he helped an accidental friend far in the south find a traditional Maasai leader who would travel to arbitrate a difficult local disagreement.

For Maasai, who are traditionally polygamous and typically arrange marriages, wrong numbers can help. On two occasions, men told us they had found wives for their sons through accidental friends.

As could be expected, there are concerns and problems with this practice. Valuable new social ties can disappear without recourse when phones are lost or broken. Also, opportunistic or duplicitous callers can use wrong numbers as an excuse to press scams to get rich quick, cure disease, become famous or find love. 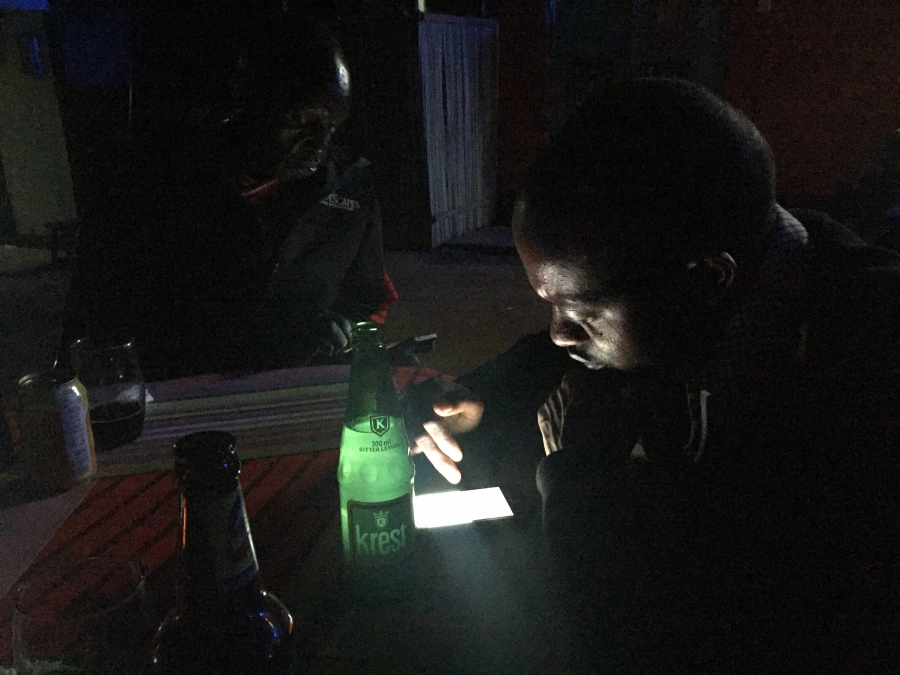 Two Maasai men check their phones at a local bar.

Studies of pastoralists have also found that mobile phones have become vehicles for dishonesty. A study in Kenya found that people lie about weather conditions to exclude outside herds from valuable forage. And a study in Tanzania found that people lie about where they are to avoid in-person visits, which are often requests for financial assistance. Our team has also reported that young brides can use phones to facilitate extramarital affairs, a new method for an old practice in polygamous marriages, assuredly used by men and women alike.

With this study, we also found that accidental friendships can amplify tensions surrounding land.

Throughout northern Tanzania, access to land is increasingly scarce due to population growth and the spread of commercial agriculture. In some of our study communities, people are concerned about the conversion of grazing lands, critical for livestock and wildlife, into new farms. 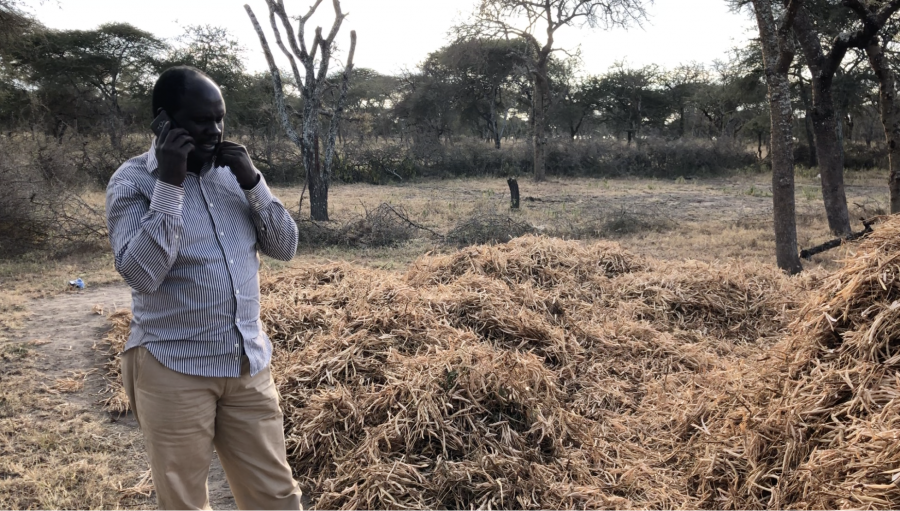 A Maasai man talks on his phone near his neighbor’s bean harvest.

Outsiders often view our study region as wide open and undeveloped. We learned that when people from distant areas discover they’ve connected with someone from that area, they can ask about getting land to convert to agriculture — sometimes badgering their contacts. Ultimately, local tensions surrounding grazing, agriculture and shrinking access to land can become inflamed when local Maasai provide plots to accidental friends and their families rather than other locals.

These findings contrast somewhat with studies from other developing areas around the world that have highlighted how phones are important for maintaining connections within familiar groups. Here, phone-driven errors help people expand their networks and even their income.

Broadly, these ties create important new opportunities for individuals but new challenges for communities. And they are new types of connections that can undermine important older ones. 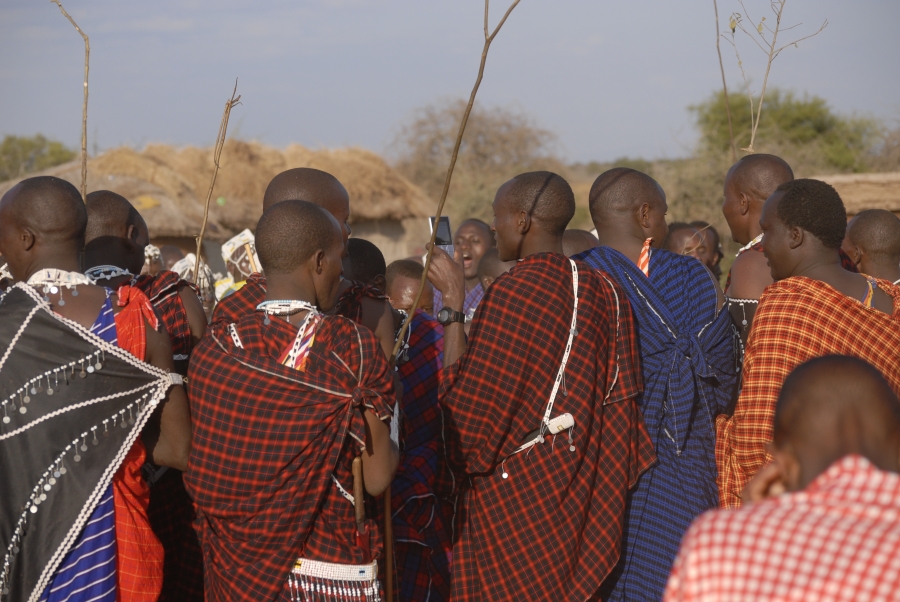 A young Maasai man checks his phone during a ceremonial dance.

Accidental friends don’t fit neatly with scholars’ understanding of how people connect. In life, people’s encounters with each other are circumscribed by many factors. Race, class, gender, occupation and geography all limit whom people encounter and connect with. But through wrong numbers, those factors play a much smaller role in who Maasai encounter. In a way, wrong numbers expand their horizons.

Like many groups in developing areas, Maasai haven’t yet become immersed in smartphones and their trappings. But their use of wrong numbers may still offer insights for a more “social” social media. The basic decision to engage with a stranger, one encountered nearly randomly, suggests an openness to diversity and a general sense of optimism about people. Given humans’ innate desire to connect, perhaps the technology landscape needs more mistakes — not fewer.