Afghanistan
President Joe Biden will meet with his Afghan counterpart, President Ashraf Ghani, on Friday at the White House. The visit comes as the US prepares for a complete withdrawal of its forces from the country by September. But a new US intelligence report assesses that the Afghan government could fall within six months of the troop withdrawal. Ghani recently announced plans to replace two top defense ministers in an effort to shore up the country’s security. Meanwhile, the US and other NATO countries are trying to give visas to Afghans who have worked with foreign forces over fears for their safety. This year will mark 20 years since the 9/11 attacks on the United States that prompted the two-decadeslong war in Afghanistan.

Australia
Parts of Sydney are going back into lockdown as an outbreak of the highly contagious, COVID-19 delta variant in Australia’s largest city continues to grow. Health authorities reported an additional 22 locally transmitted cases of COVID-19 after the outbreak was first detected last week, infecting dozens of people. “If you live or work in those local government areas, you need to stay at home unless absolutely necessary,” said Gladys Berejiklian, the premier of New South Wales state. Meanwhile, Israel is reinstating its indoor mask mandate set to go into effect next week after a new outbreak led to its highest daily tally of infections in months.

West Bank
The death of a popular Palestinian activist while in custody of the Palestinian Authority has sparked protests in the West Bank city of Ramallah. Nizar Banat’s family says he was fatally beaten by security forces. Banat was an open critic of the authority, speaking out against corruption and misrule. The Palestinian Authority administers parts of the West Bank under agreements reached with Israel in the 1990s. It is facing a major crisis of legitimacy after President Mahmoud Abbas called off elections in April; it would have been the first vote in 15 years. Abbas was also sidelined during last month's Israel-Gaza war. “From the police to the president, the whole authority are collaborators,” a crowd of around 250 protesters chanted at Al-Aqsa in Jerusalem after Friday prayers.

Top Gitmo detainee Hambali will finally get his day in court 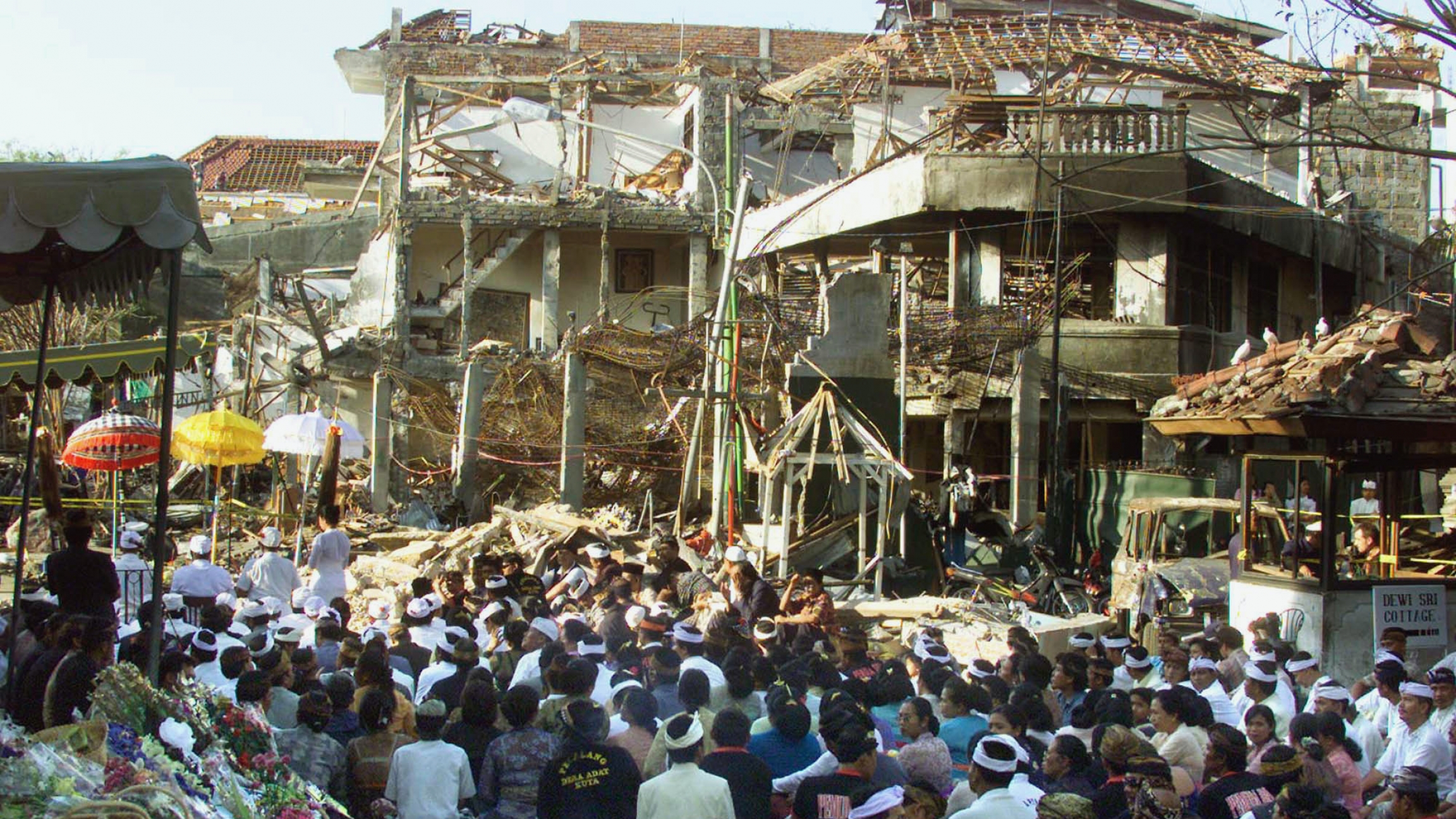 Local Balinese are shown offering prayers for the victims at the site of the bomb blast in Kuta, Bali, Oct. 18, 2002. Nearly 200 people were killed and more than 300 were injured in the nightclub bombing. Indonesian Hambali, a top Gitmo detainee who is finally going to court, was an operator within the militant organization Jemaah Islamiyah or JI, which was convicted of the Bali blast. Hambali’s attorneys argue that he wasn’t calling the shots for the group at the time of the tragedy.

Hambali, an Indonesian who goes by only one name, was first captured and swept into a CIA dark site. He was later marched into the Guantánamo Bay detention center. Worst among his crimes, the US government alleges, is his plotting with al-Qaeda to pull off a sequel to the Sept. 11 attacks: another hijacked jet, this time crashing into a Los Angeles skyscraper.

Now, nearly 18 years after his arrest, the US is readying Hambali for trial. 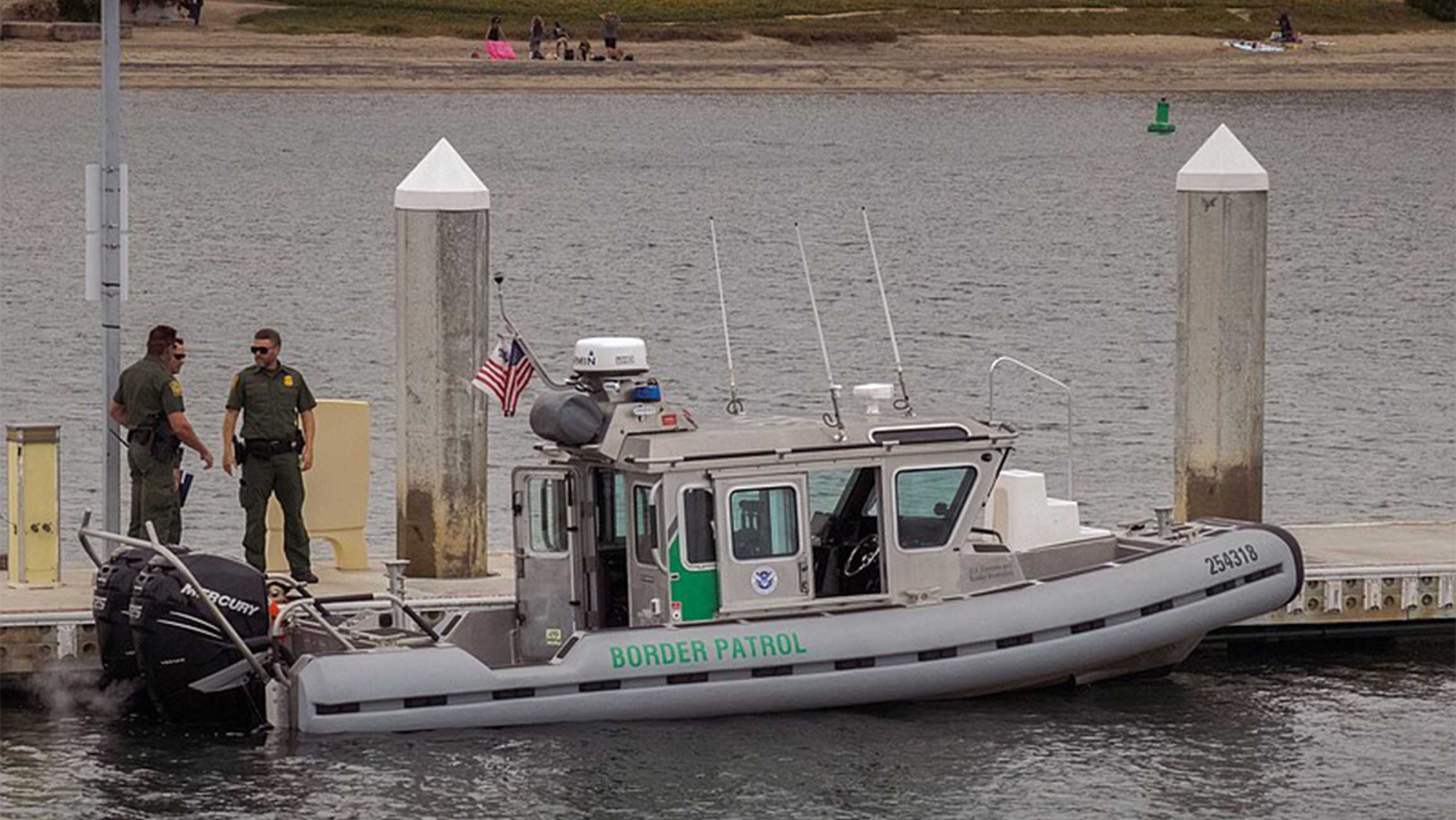 A boat that's now part of the Border Patrol's marine unit, created in response to an increase in smuggling incidents in San Diego, June 22, 2021.

The number of maritime smuggling events intercepted by the US government along the San Diego coast increased by 93% between 2019 and 2020.

So far this year, 1,232 people have been apprehended while being smuggled at sea. The boats are shoving off just south of the US-Mexico border — and they're often crammed with people, often without life preservers.

Iceland wants to turn your beloved lockdown sweatpants into hiking boots. In a quite clever marketing campaign, those with a plane ticket to the land of volcanoes and glaciers can book a spot in a Reykjavík store, where those comfy sweats will be used to make your personalized hiking boots for a postlockdown adventure. 🌋

Turn your lockdown sweatpants into boots for your first big post-pandemic adventure.

Listen: Biden to evacuate thousands of Afghan interpreters who helped US forces 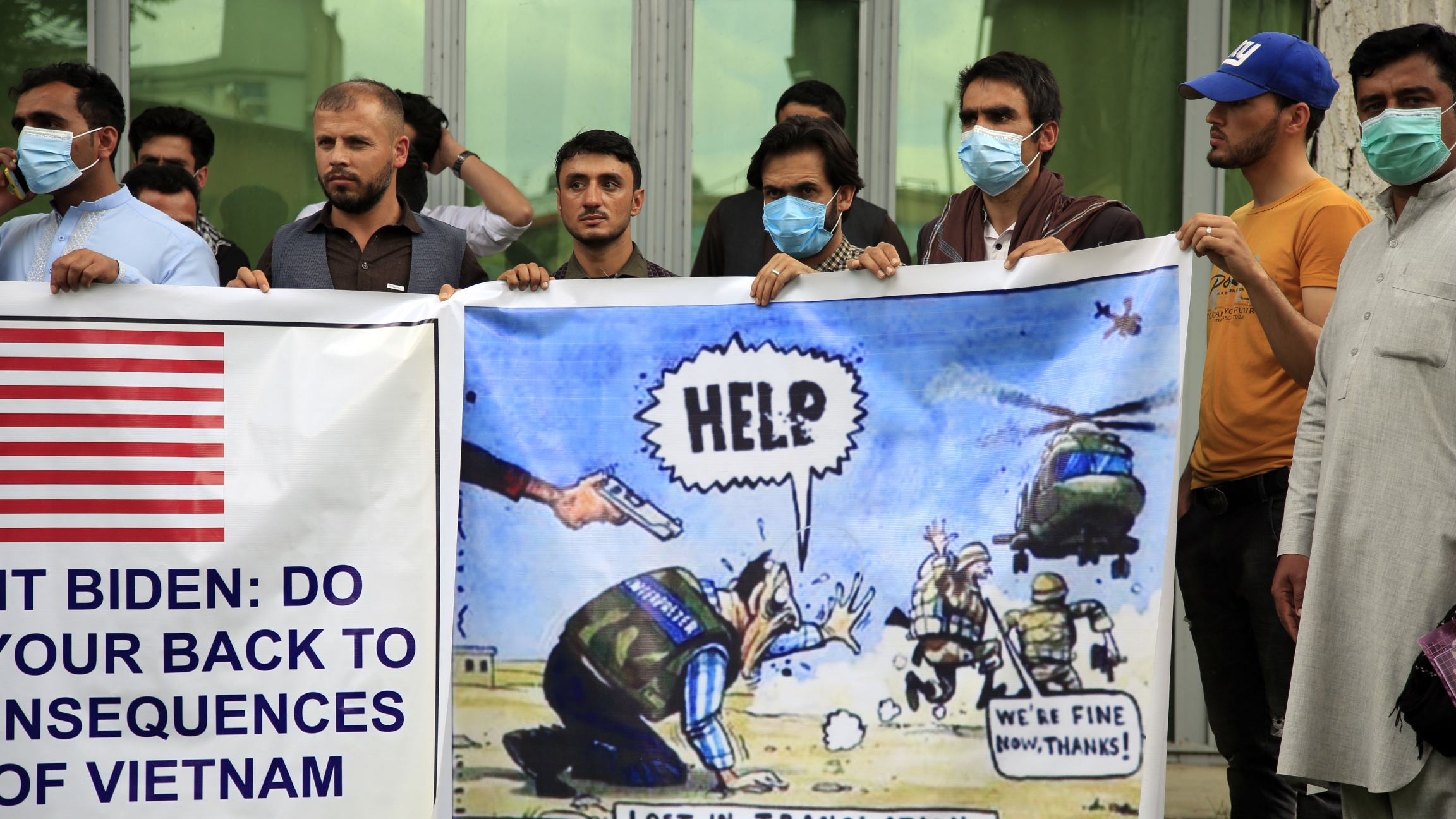 Former Afghan interpreters hold banners during a protest against the US government and NATO in Kabul, Afghanistan, April 30, 2021.

The Biden administration is reportedly preparing to evacuate thousands of Afghan interpreters and other local hires who assisted US forces over the past 20 years, and now face threats from the Taliban. Also, the Cowessess First Nation in southern Saskatchewan said Wednesday that it has discovered hundreds of unmarked graves at the site of another former residential school for Indigenous children. And, John McAfee, the security software pioneer and founder of McAfee Associates, was found dead in a Spanish prison on Wednesday. And, after a yearlong postponement, the Summer Olympics in Tokyo is now just a month away. But international opposition to the games continues.