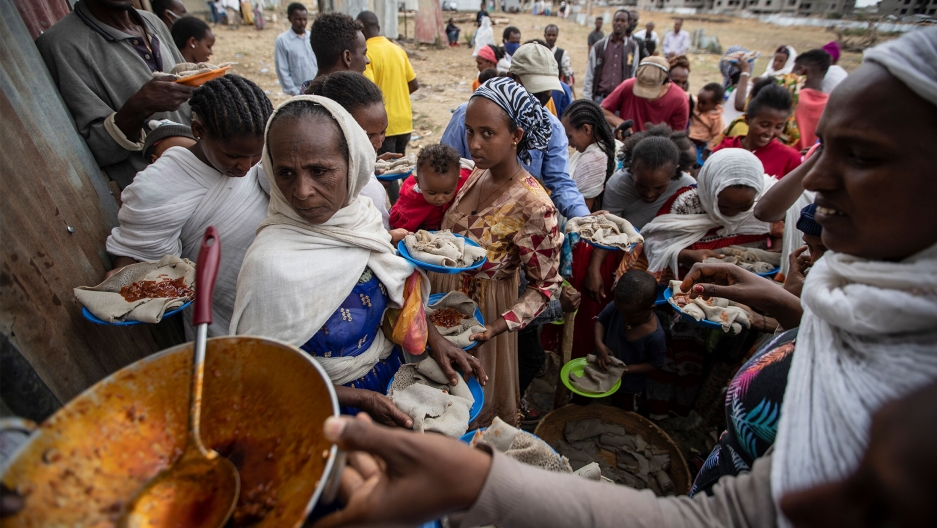 Displaced Tigrayans queue to receive food donated by local residents at a reception center for the internally displaced in Mekele, in the Tigray region of northern Ethiopia, May 9, 2021.

Tigray conflict
Dozens of people have been reportedly killed after an air raid on a busy marketplace in the Tigrayan village of Togoga in northern Ethiopia, according to health workers, who were prevented from traveling to the scene. Some of the wounded are being treated at a hospital in Mekele, Tigray’s regional capital. The alleged air attack comes amid increasing fighting in the region since last November, when Ethiopia’s federal government ousted the regional government controlled by the Tigray People’s Liberation Front. Subsequent attacks have killed thousands and forced more than 2 million people from their homes.

Ecocide
An international team of lawyers has unveiled a legal definition (PDF) of "ecocide," a key step toward adding international crimes against the environment to the list of other major offenses recognized by the International Criminal Court (ICC): crimes against humanity, war crimes and genocide. The project was led by the Stop Ecocide Foundation at the request of the Swedish government last year, responding to increased concern about the climate crisis. At the 2019 ICC annual assembly of state parties, Island nations — including the Maldives and Vanuatu — called for “serious consideration” for the crime of ecocide.

US takes down Iranian news sites
The Biden administration blocked access to three dozen Iranian websites, including state news agency Press TV, which, according to the Justice Department, were spreading disinformation. Some of the seized sites were allegedly used by the Iranian Islamic Radio and Television Union, which US officials have singled out for spreading misinformation and sowing discord among American voters ahead of the 2020 presidential election. The shutdown comes as world leaders try to revive the Iran nuclear deal. 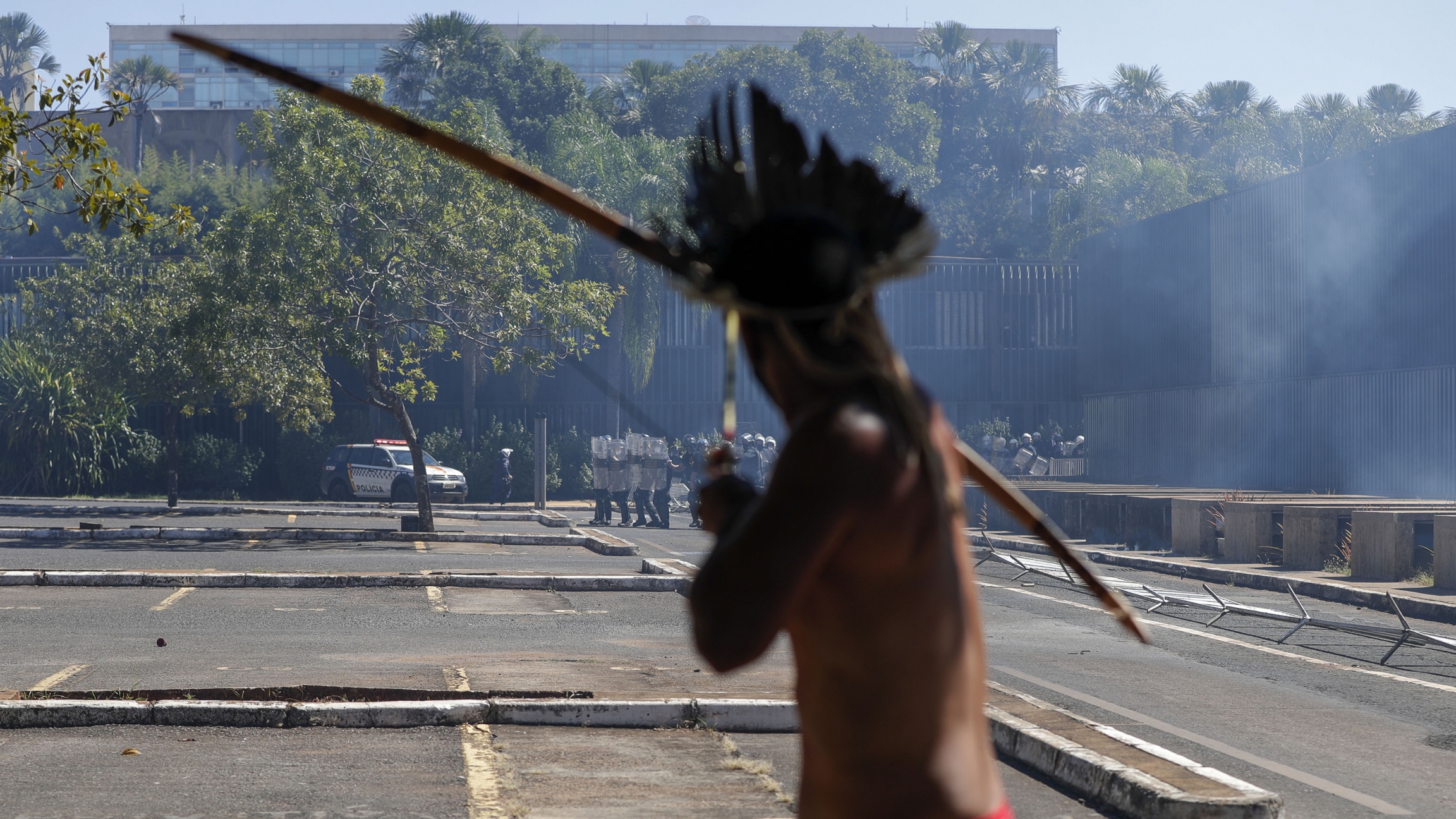 An Indigenous protester aims his bow an arrow at police outside Congress in Brasilia, Brazil, Tuesday, June 22, 2021. Indigenous who are camping in the capital to oppose a proposed bill they say would limit recognition of reservation lands clash with police who prevented them from entering Congress.

Nearly 1,000 members of tribes across Brazil are camped out in the country’s capital to defend land rights that are currently under legislative review in Congress and the Supreme Court. Indigenous representative Joenia Wapichana is fighting against a bill known as PL 490 that, if passed, would weaken Indigenous peoples’ land rights and open the door to extractive industries.

‘Where’s my stuff?’ Here’s why global supply chains are out of whack due to pandemic 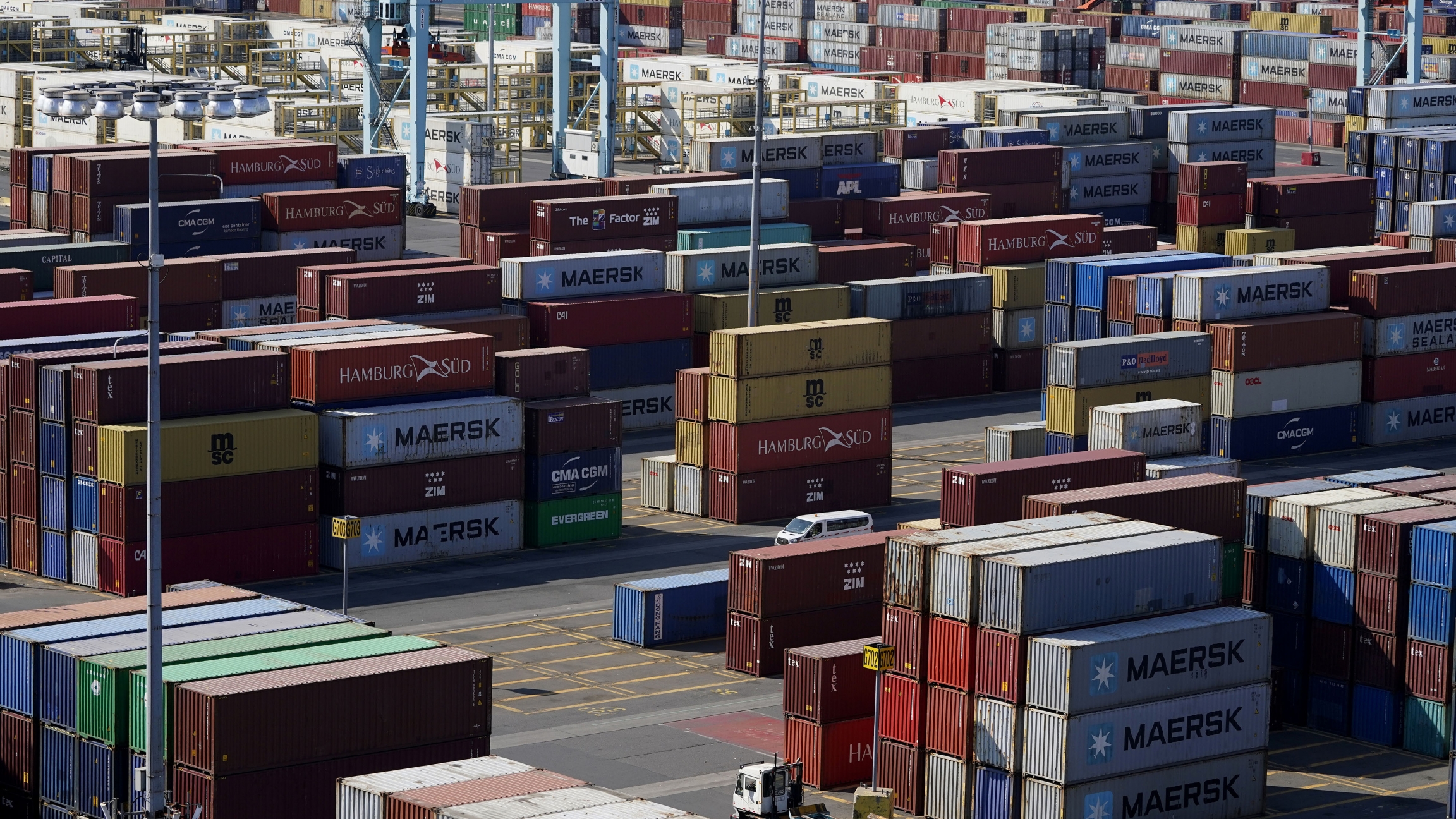 Shipping containers are stacked in the Port of New York and New Jersey in Elizabeth, New Jersey, May 20, 2021.

It seems everyone has stories over the past year about hard-to-find items due to disrupted global supply chains — sometimes with devastating effects. “It’s all of our faults. We didn’t go anywhere for 15 months, and people substituted experiences for stuff," said John Mulliken, former chief technology officer at Wayfair. “There’s only so many factories in the world, and only so many boats and planes in the world.”

Rembrandt is now bigger and better!

The 1642 "Night Watch" painting by the Dutch Golden Age painter Rembrandt van Rijn has been restored at Amsterdam’s Rijksmuseum. Researchers and restorers used artifical intelligence over two years to recreate parts of the iconic painting that were cut out of the original work of art because of a smaller frame.

After more than 300 years, "The Night Watch" (1642) by #Rembrandt can be seen again in its entirety: With the help of AI, the @rijksmuseum has reconstructed the parts that were cut off in 1715 when the painting was moved into a new building but didn't fit on its walls. pic.twitter.com/zG65DuHSB5

Listen: UEFA says no to rainbow lights at final Germany vs. Hungary game 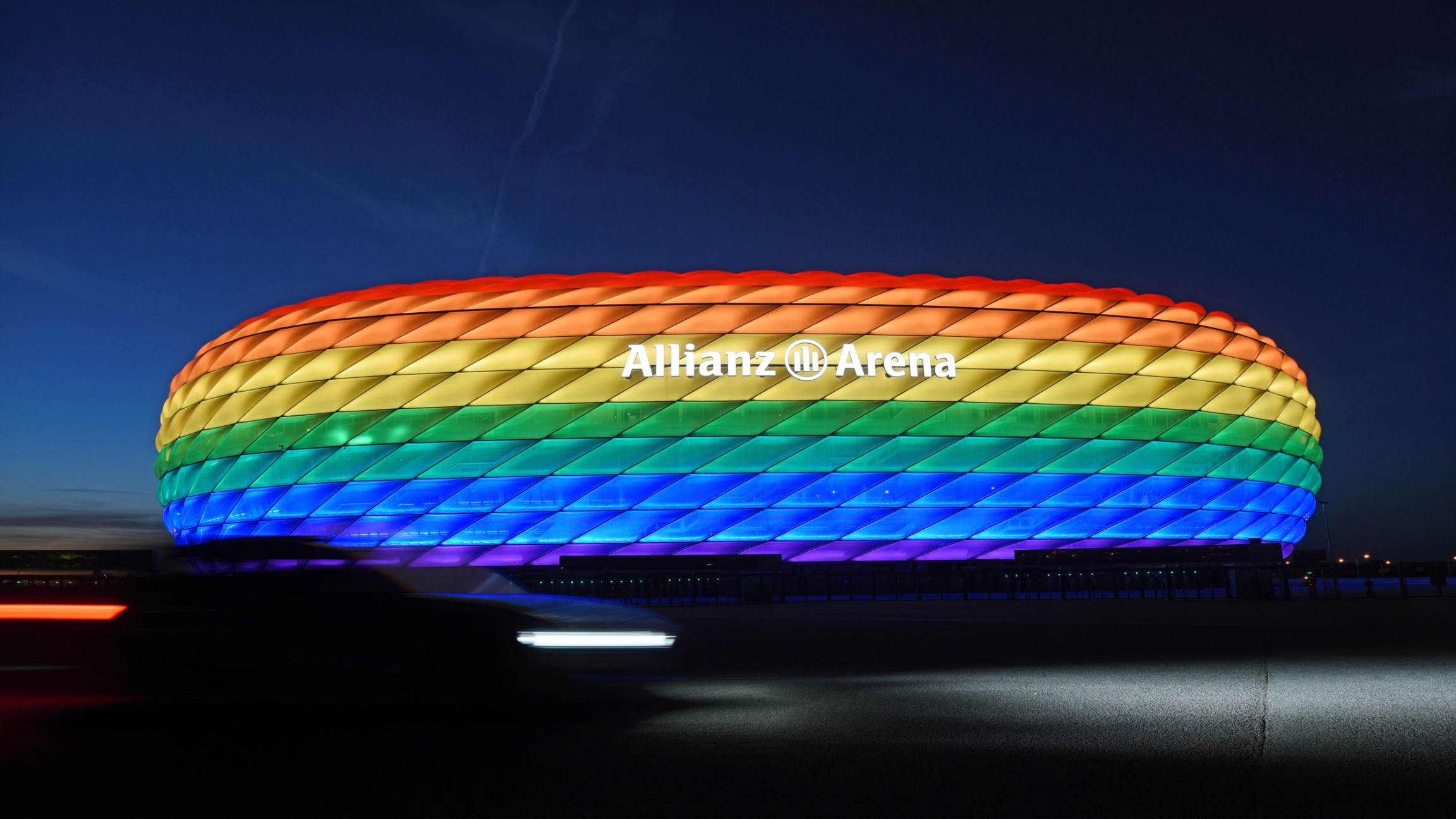 UEFA has declined the Munich city council’s request to light up its stadium in rainbow colors for Germany’s final game against Hungary this week. Mayor Dieter Reiter made the request to protest an anti-LGBTQ law recently passed in Hungary. And over 800 members of Indigenous tribes from across Brazil are camped in the capital, Brasilia, to protest what they say are attacks on their rights and land. Also, negotiations between Saudi Arabia and the Houthi rebel movement in Yemen are heating up. Saudi Arabia may be looking to exit the civil war that has led to a humanitarian disaster in Yemen.