Cristiana Grigore isn’t surprised by the news that scores of Roma are traveling thousands of miles from Romania in Eastern Europe to the US-Mexico border, hoping to gain asylum in the United States.

US Customs and Border Protection said it has detained 2,217 Romanians so far this year, much higher than the numbers apprehended in 2020 — which it estimates at around 226 people — many of Roma ethnicity.

Grigore, who runs the Roma People’s Project at Columbia University in New York, said the pandemic has increased levels of poverty among Roma communities. Grigore is Roma and comes from the small city of Slatina in southern Romania.

The European Union Agency for Fundamental Rights also reports that many Roma in Eastern Europe lost their incomes during the pandemic in 2020, and anti-Roma rhetoric is on the rise. Grigore said the number of Roma now appearing at the southern US border shows how desperate many are to escape their circumstances.

“That just shows the extent of how hard their lives are and the discrimination they face. I mean, really, in Europe, saying you're Roma is almost like saying you're a criminal,” said Grigore.

Being Roma in Europe is the “greatest stigma you can face,” she said.

For her entire childhood, Grigore hid her Roma origins at school. Her mother, who is fair-skinned, would pick her up from school, but her father, who has darker skin, never showed his face. He was afraid he would reveal that the family was Roma, she explained. Grigore recalls how one day a boy in her class, “the school bully,” asked her teacher if she was Roma.

“He had his suspicions that I'm Roma because my skin is darker than the average Romanian,” she said. “And he asked one of our [teachers] and the [teacher] said, ‘No, she’s not Roma.’”

Her teacher denied it in order to protect her, Grigore said. When the boy confronted her later, she pretended not to understand.

Grigore said her parents did everything they could to assist her throughout her education — and she counts herself as lucky.

Roma have significantly lower enrollment and completion rates in primary education than the general population in countries across Europe, according to Amnesty International. Romani people are the largest ethnic minority in Romania, making up over 8% of the population.

Jonathan Lee, advocacy and communications manager with the European Roma Rights Center, said Romania is one of the worst countries in Europe in which to be Roma.

Related: 'I Silenti' gives a voice to those who died in the Romani genocide

“The level of marginalization and poverty that many Roma are forced to live in, in Romania, I think would probably shock many people."

“The level of marginalization and poverty that many Roma are forced to live in, in Romania, I think would probably shock many people,” he said.

In some parts of Romania, the life expectancy for Romani people is 20 years lower than the general population. And Lee said discrimination, as well as institutional racism from “every single public authority is rampant.”

The number of Roma making the journey from Romania to Mexico, and up to the southern US border, is still small in comparison with the number of migrants and asylum-seekers from Central and South America.

A little more than 2,000 Roma have been detained by US border officials since the start of the year. In the month of May alone, US Customs and Border Protection said it detained 180,034 migrants, mostly single adults.

Lee said that while the numbers are relatively lower, Romani people flee because they believe that the US is a less racist society and that it's easier to live under the radar in the US, he said, than in Romania, where there are few other ethnic minorities.

“Romania is really a bi-ethnic state,” said Lee. “You really stand out in most Eastern European countries in this way, whereas you can kind of live free from day-to-day racism in places like the United States as a Romani person.”

Related: Roma persecution intensifies during the coronavirus pandemic in Europe

In spite of the high levels of discrimination against Roma in Romania, gaining asylum in the US is challenging.

Dana R. Bucin, an immigration attorney in Connecticut who has represented Romani asylum-seekers, said it’s not just about proving that institutional racism against Roma exists in Romania. You also need to be able to prove that you or your family have personally been victims of persecution. 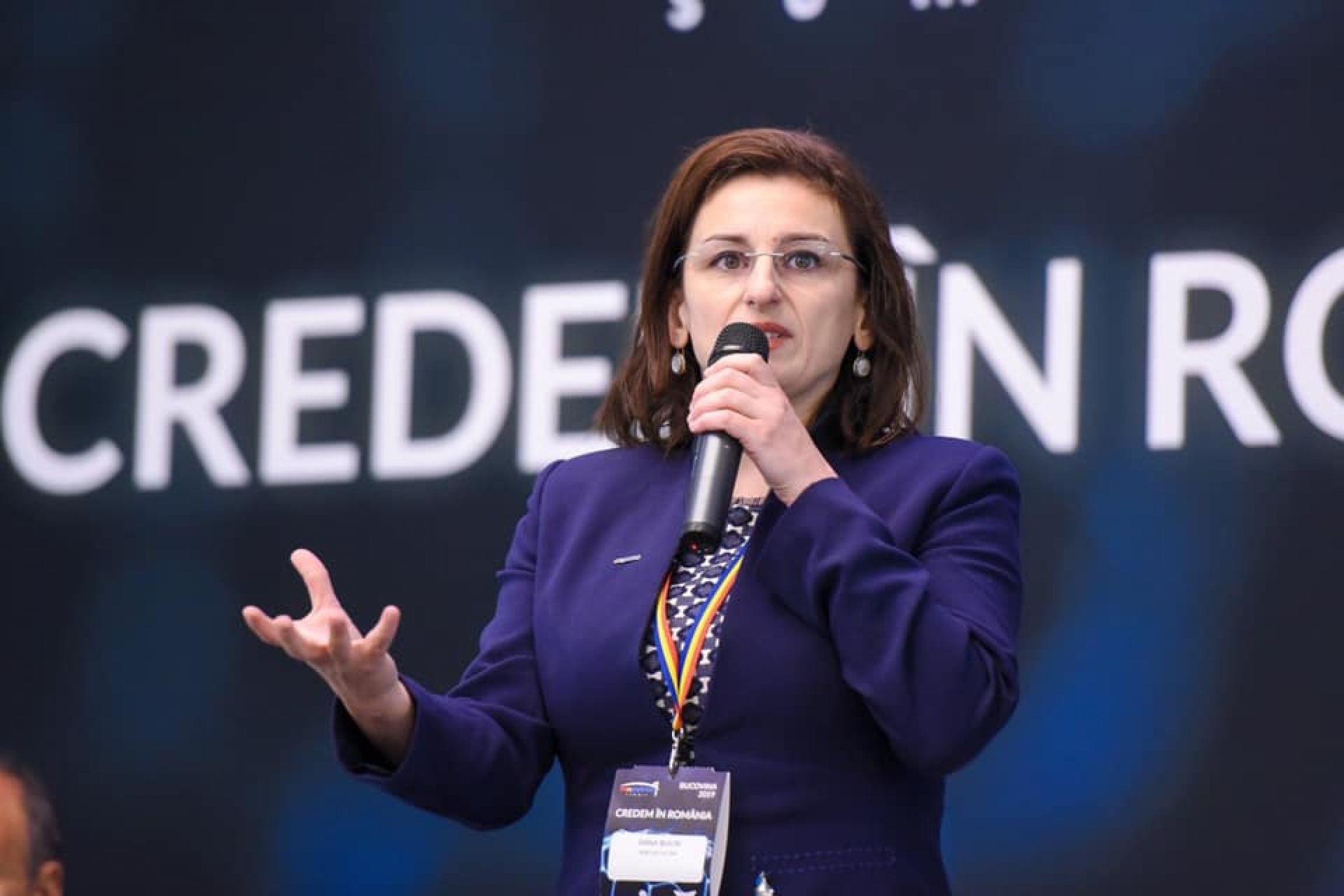 Dana R. Bucin is an immigration attorney in Connecticut who has represented Romani asylum-seekers.

Producing that evidence can often be difficult.

Bucin recounts a case of one Romani man who was severely beaten in Romania. She managed to locate his hospital records to support his claim and the appeal was successful. But even having been granted asylum, Bucin said many Roma continue to hide their ethnic identity. It’s estimated that over 1 million Roma live in the United States.

Grigore, with the Roma People’s Project, believes the number is far higher.

She kept her origins a secret when she arrived in the US on a short student exchange program in 2006 at the age of 22. At the end of the three-month exchange, a triggering incident occurred when a close friend said he had lost a significant sum of money. He never blamed Grigore, but she felt accused due to longstanding stereotypes that associate Romani people with criminality.

“I was very afraid that he suspected me of doing it,” she said. “And that's because Roma are often accused of stealing, or if something is missing, most of the time Roma are seen as the ones who did it.”

Related: Many asylum-seekers are returned at the US-Mexico border under Title 42. Advocates call it a ‘sham.’

Shortly after, he found the money in his office where he had left it, and Grigore said she started sobbing uncontrollably. She said she realized that she had internalized many of these negative stereotypes. From that moment on, she started to explore her cultural identity.

It was the start of a “very long journey,” she said.

Grigore, like Lee with the European Roma Rights Center, believes racism against Roma people is less evident in the US than in Romania. But it still exists, she said, often in the form of microaggressions or blatant ignorance.

Grigore recalls a conversation with a diplomat at a work reception in Washington, DC. When she told him about her origins, the diplomat expressed surprise and told her she didn’t "look" Romanian. Grigore said her skin is darker than the average Romanian and that she is Roma. He retorted, “Oh, Roma are getting educated now."

Grigore said comments like this keep many of her peers silent about their Roma roots. She said she recognizes she’s much more fortunate than many Roma in the US — particularly those seeking asylum at the US-Mexico border — but even Roma professionals who have lived in the US for years tell her they continue to hide their identity because of fears of discrimination.

“I really don’t want [my son] to feel that his identity is overshadowed by the prejudice and stigma that currently comes with the package of being Roma.”

The Roma People’s Project at Columbia University hopes to tackle some of this prejudice.

Grigore said the the project wants to counter the limited visibility of Roma in the US and empower the community to embrace its culture. They also want to inspire a new generation of Roma to feel a sense of pride in their cultural identity, she said. Grigore has a 1-year-old son who is “half-Roma.”

“I really don’t want him to feel that his identity is overshadowed by the prejudice and stigma that currently comes with the package of being Roma,” she said.