Sometimes referred to as the corpse flower, the endangered Sumatran Titan arum, a giant foul-smelling blossom, went into a rare, short bloom at a botanical garden in Warsaw, drawing crowds who waited for hours to see it.

The extraordinary flower, which emits a dead-body odor to attract pollinating insects that feed on flesh, bloomed Sunday. It was already withering early Monday. Those wishing to avoid the smell and crowds could watch it on live video from the Warsaw University Botanical Gardens.

Hundreds, if not thousands, lined up long into the night Sunday and Monday morning at the conservatory just to be able to pass by the flower and take a picture. 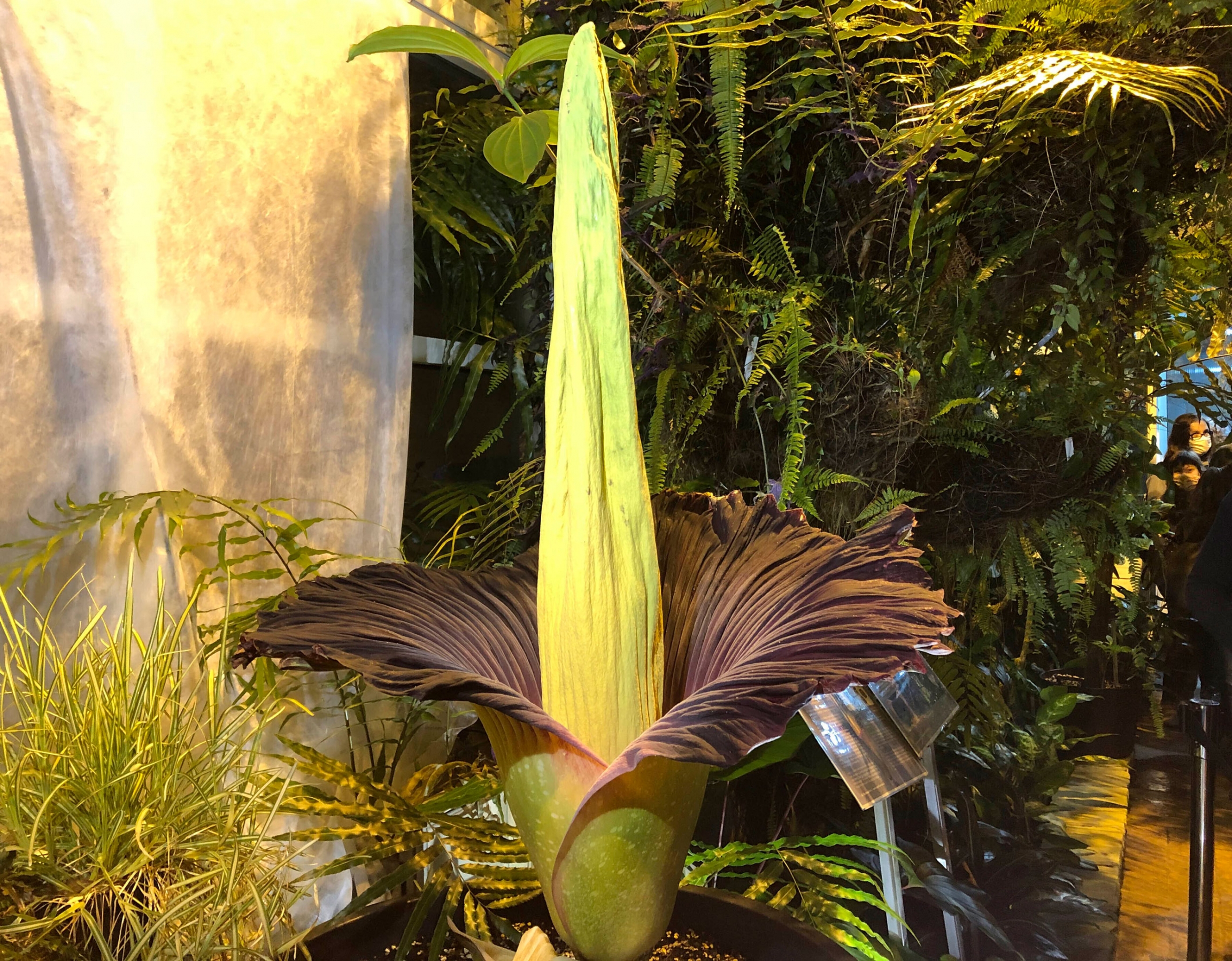 Hundreds of people waited for hours in cold wind to see the unusual flower, also known as Amorphophallus titanium, whose blooming is unpredictable and once in many years. Botanical gardens around the world help preserve this giant among flowers.

Know also as the Amorphophallus titanum, the flowering plant has the largest unbranched inflorescence in the world, which can be up to 3 meters (10 feet) high. Its compound flower is composed of a hollow, tall spadix with small flowers and a spathe, with one big, furrowed petal that is green on the outside and deep burgundy red on the inside. It's blooming is rare and unpredictable.

The plant only grows in the wild in the rainforests of Sumatra, but it is endangered there due to deforestation. Cultivation at botanical gardens, where they are a great visitor attraction, has helped its preservation. It's first known blooming outside Sumatra was in 1889 at London's Royal Botanical Gardens at Kew.