When US President Joe Biden meets with his Russian counterpart Vladimir Putin in June 2021, cybersecurity is certain to be a key topic of discussion.

The US accuses Russia of meddling in American elections and launching repeated cyberattacks, which, among what it called other “harmful” transgressions, prompted Biden to unveil financial sanctions in April. This added to existing sanctions targeting Russia’s oil sector.

While the White House says it has low expectations for the June 16 meeting, hoping only to “restore predictability and stability to the US-Russia relationship,” Biden’s threat to up the pressure on Putin, if Russia fails to change its behavior, will likely loom over their upcoming chat in Geneva. He says he told Putin in a phone call “we could have gone further” with the sanctions, “but I chose not to do so.”

This leaves open the question of what “further” might mean — and could it be any more effective than past sanctions at changing Putin’s behavior?

Experts who research global energy, as I do, highlight oil and natural gas as both Russia’s strength and its Achilles’ heel.

Russia is richly endowed with these resources and, since the early 2000s, it has been a top global producer and exporter. Oil and gas make up more than one-third of Russia’s gross domestic product, and energy exports account for about half of government revenue.

At the same time, the nation’s heavy reliance on oil and gas exports has made its economy highly vulnerable to fluctuations in global energy prices and to policy decisions that might reduce reliance of imports on Russian oil or gas — a dependence frequently noted by analyses of its energy sector. For example, 70% of Russia’s crude oil exports and more than 75% of its gas exports go to Europe.

Are current sanctions too weak?

The US and European Union imposed many of the current sanctions against Russia after it invaded Ukraine in 2014. The sanctions have primarily targeted the ability of non-Russian companies and government agencies to provide financing, goods, services and technology that help Russia explore and develop new oil reserves. The gas sector was left out by request of the EU.

A key focus was to prevent Western international oil businesses, which possess the world’s most advanced expertise and technological skills, from partnering with state-owned Russian companies in the Arctic, offshore in deep waters and shale fields. These are the areas with the greatest potential to expand Russia’s oil discovery and production going forward.

Analysts have been divided in evaluating the impacts of these sanctions. Some have described their effects as weak, pointing to continued increases in oil output that suggest Russian companies have adapted to the imposed restrictions. Other observers, however, point to the Russian economy as evidence they’re working. Russian GDP fell over a third from $2.3 trillion to $1.5 trillion in 2020, which analysts attributed to factors including a drop in oil prices and the withdrawal of international financing.

I would also emphasize the negative impacts of the sanctions on the oil sector itself, which is largely related to Russian oil companies’ need for foreign expertise and technology.

Sanctions have made it harder and costlier to maintain and increase production levels. Recent data shows that oil production costs have been increasing, while many of Russia’s existing oil fields are producing less than they used to.

While estimates suggest Russia has the world’s second-largest shale oil reserves, developing these at a significant level requires Western expertise. If sanctions remain in place, some analysts project that Russian oil output will reach a peak and begin to decline by the middle of this decade.

In other words, the Kremlin’s aggression in Ukraine and Putin’s use of cyberattacks is putting the future of Russia’s oil sector — and thus its economy — at risk.

Ways to step up the pressure

But so far, this hasn’t deterred Putin, as evidenced by Russia’s meddling in the 2020 elections, the large-scale SolarWinds cyberattack and Russian troops massing on Ukraine’s border in March.

In April, when Biden announced the latest sanctions he said, “If Russia continues to interfere with our democracy, I’m prepared to take further actions.”

So what else could Biden do to deter Putin if he keeps this up?

One approach would be to target specific projects that contribute significantly to current or future exports of oil and gas.

For example, sanctions could be imposed on any non-Russian companies helping to develop new oil or gas reserves in the East Siberian region. These projects — such as the Vostok Oil project — have been essential to Russia’s overall increase in production since 2014. Sanctioning foreign investments in such Putin-backed projects would be a significant blow to Russia’s efforts to counteract production declines in older fields. 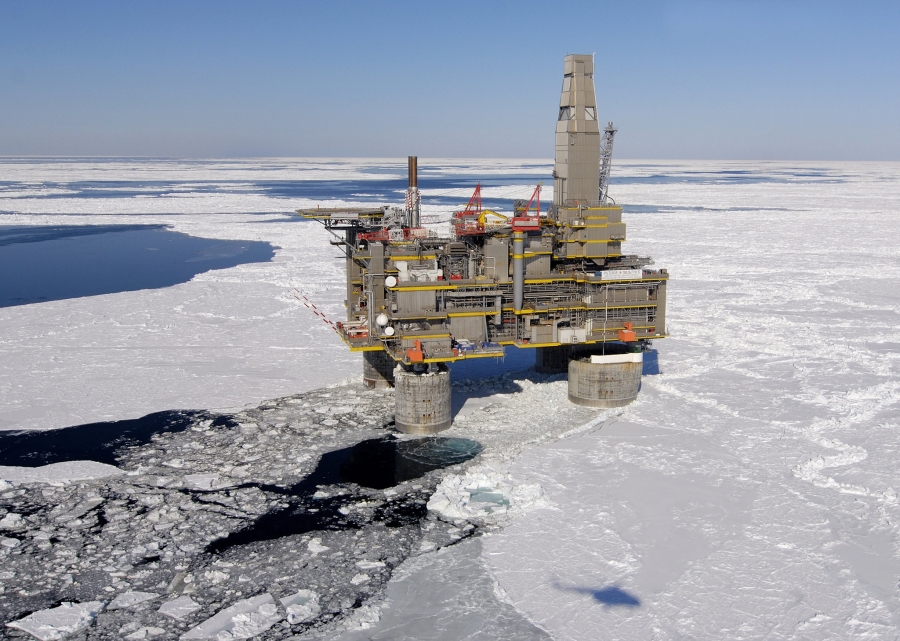 An oil and gas project near Sakhalin Island depends on foreign investment and expertise.

Another objective for increased sanctions might be the huge oil and gas project near Sakhalin Island in Russia’s Far East. Also an important source of growing oil production, Sakhalin depends to a considerable degree on Western and Japanese investment and expertise. It is a core part of Russia’s plan to expand oil exports to China, Japan, Korea and Taiwan.

Regarding major natural gas projects, Biden could try to limit foreign participation in the Arctic Yamal-Gydan liquefied natural gas facility. This giant project, another of Putin’s favorites, uses the Arctic Route to ship gas to China and is also part of Russia’s plan to shift hydrocarbon exports to Asia.

In addition, the Biden administration could expand sanctions to include any export of US technology, including separate components and replacement parts, for use by a Russian oil and gas company. This would make it a lot harder for Russia to develop its shale oil and gas fields, among Russia’s largest sources for future production growth.

Moscow also has big plans to upgrade and expand its petrochemical sector, with more than $50 billion in investment necessary. Limiting or prohibiting non-Russian companies and investors from helping out would make it harder for some of these projects to get funded.

A meeting of minds?

Even though existing sanctions have brought less change to Russia’s anti-Western conduct than hoped for, their impact has deeply constrained the country’s ability to grow.

But continued cyberattacks aimed at the US — including those perpetrated by independent groups operating within Russia’s borders — may convince Biden that more serious sanctions are needed.

It’s likely that this possibility will be on both men’s minds as Biden meets Putin for the first time as president.