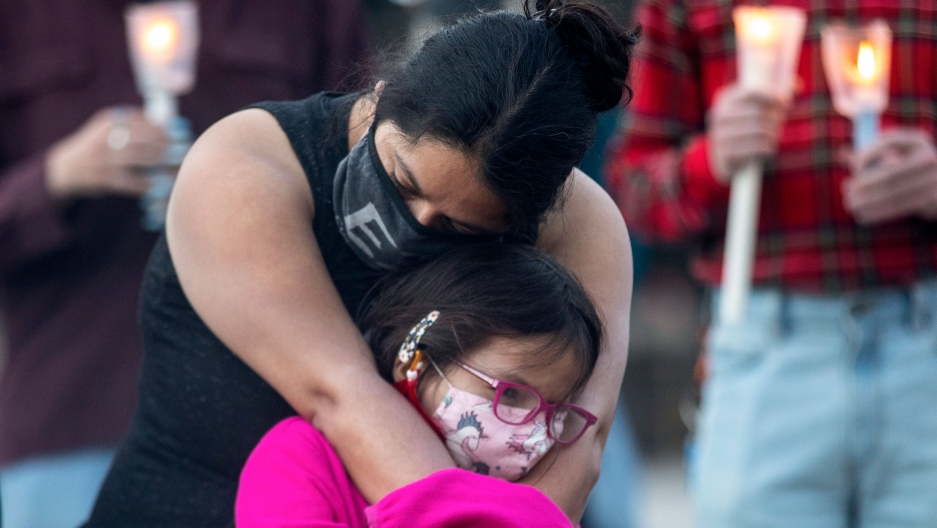 A mother hugs her daughter during a vigil in Toronto on Sunday May 30, 2021, for the 215 Indigenous children, whose remains were uncovered on the grounds of a former residential school in British Columbia.

Canada outrage
Amid widespread outrage and grief after the discovery of a mass grave holding the remains of 215 children, some as young as three years old, at the site of a former residential school, Indigenous leaders in Canada are calling for a search for other mass graves across the nation. The find at the Kamloops Indian Residential School, done with the help of radar technology, sparked outrage. For more than 150 years until 1996, Canada's residential school system forcibly separated Indigenous children from their families in what a government-appointed commission tasked with investigating the system called "cultural genocide" in 2015.

Naomi Osaka: French Open
Japanese tennis star Naomi Osaka has withdrawn from the French Open after her decision to not speak with the press during the tournament, citing negative effects of press interactions on her mental health. The shocking announcement comes after the 23-year-old was fined $15,000 by Roland-Garros organizers for skipping the contractual news conference after her first-round match. Osaka’s move has led to an outpouring of support for the four-time Grand Slam champion.

Israel: Netanyahu
Israel's two-year-long political struggle to form a lasting government could reach a conclusion this week. If a coalition government is formed, it could see Prime Minister Benjamin Netanyahu, Israel’s longest-serving head of state, replaced by Naftali Bennett, leader of the small, hardline Yamina party. “It’s not a done deal yet, but it is true that this is the closest Israelis have come to replacing Netanyahu,” The World’s Ariel Oseran reported (🎧). 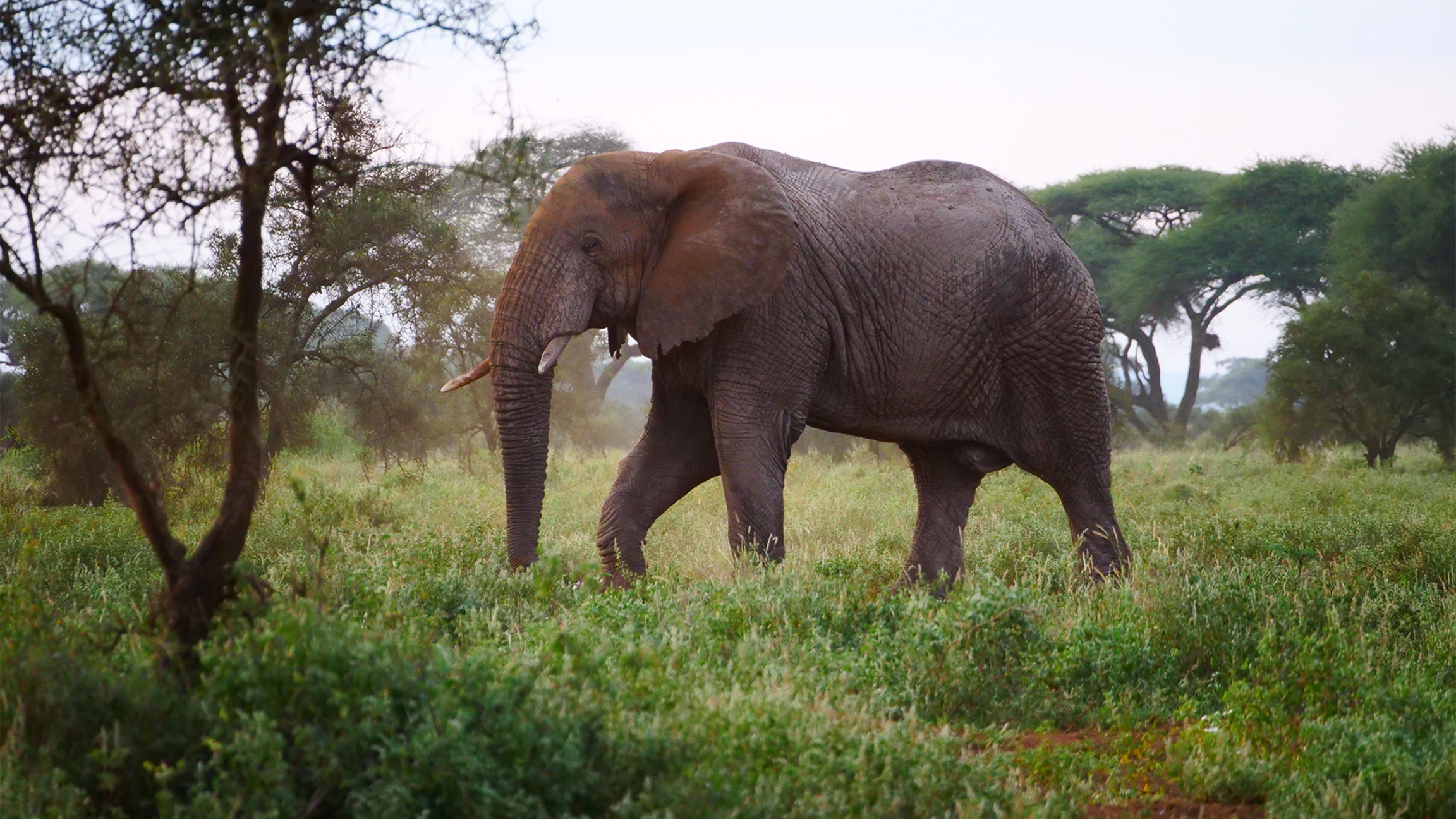 Scientists in Kenya are coordinating an ambitious, government-sponsored effort to count all of Kenya’s major land and marine wildlife for the first time.

The aim of the census, launched this month, is not to create an exact count, but rather to establish a baseline of wildlife data, and will focus predominantly on counting terrestrial and aquatic mammals.

'Just a respite': Accord to protect Bangladesh’s garment workers gets temporary extension 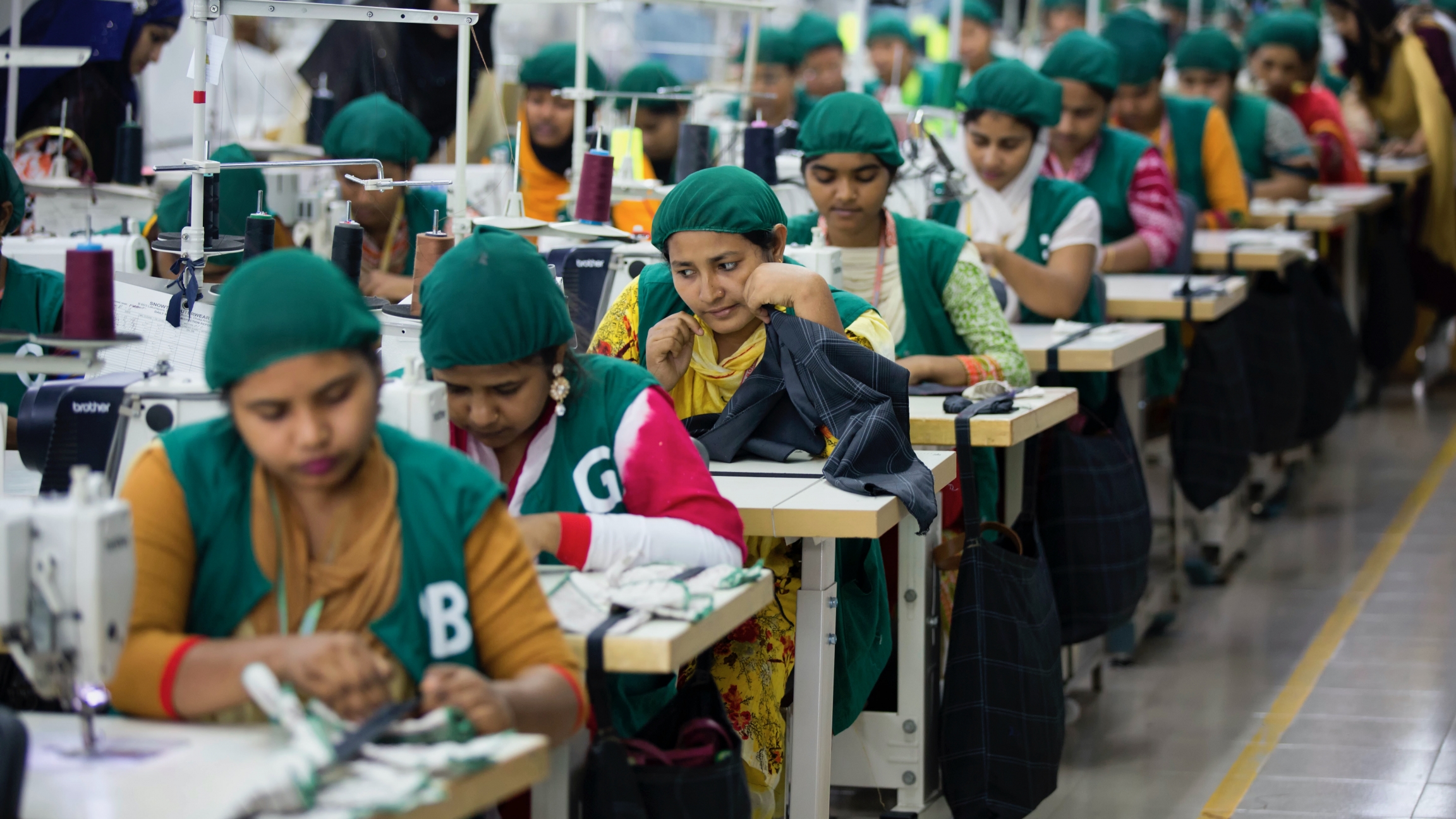 The Accord on Building and Fire Safety in Bangladesh, established in 2013 following the deadliest garment industry accident in the world, was set to expire on Monday.

But in a last-minute move, the parties involved — including brands, retailers and unions — agreed to a tentative agreement and extended negotiations for three more months for the accord aimed at protecting garment workers’ safety in Bangladesh.

A newly discovered frog species comes with a sweet name: the "chocolate frog" tree frog (to the seeming delight of "Harry Potter" fans). It was found by a team of Australian scientists in the lowland rainforests of New Guinea. Its closest-known relative is the Australian green tree frog, predominant across northern and eastern Australia and New Guinea — once linked by land 2.6 million years ago.

A team of scientists has discovered a curious "chocolate frog" in the rainforests of New Guinea. https://t.co/n7SZc6vFqC 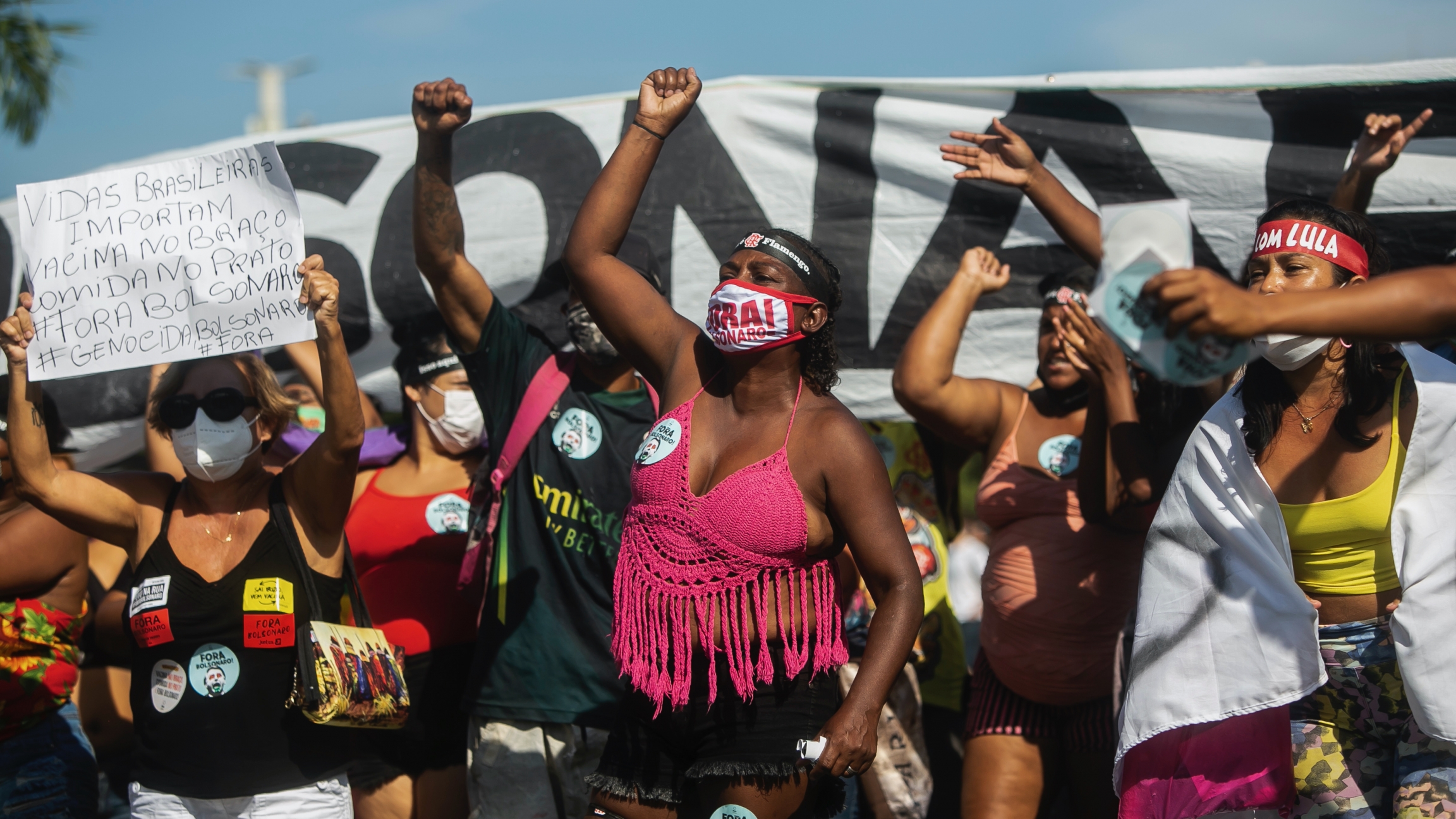 Demonstrators shout slogans during a protest against the government's response in combating COVID-19, demanding the impeachment of President Jair Bolsonaro, in Rio de Janeiro, May 29, 2021.

Brazil continues to struggle with the coronavirus. Anger may have reached a tipping point there, with Brazilians taking to the streets in organized protests. Also, Western nations designated a Syrian rebel leader as a terrorist. Now, he's trying to soften his image by meeting with Western media. And, the offspring of a revered African freedom fighter, and a rapper delivering her vision of "Afrofuturism." The music and message of Sammus.