In the years that Ricardo Gomes César has worked in the Atlantic Forest, he’s seen the full transformation of landscapes from pastures to biodiverse rainforests.

“If this was a TV show, I would show you some before and after pictures of our work,” he said.

César works for the Institute for Ecological Research (IPÊ) in eastern Brazil, which has helped oversee the largest forest restoration project in the world in the last 20 years.

“There is a huge effort of many organizations to do restoration. ... Brazil has a huge tradition of deforestation, of course, but also forest restoration.”

“There is a huge effort of many organizations to do restoration,” César said. “Brazil has a huge tradition of deforestation, of course, but also forest restoration.”

A new report from conservation group Forest Trends found that tropical forest deforestation has risen about 50% since the early 2000s. An area the size of Tennessee gets cleared every year around the world.

But in some places, like the Atlantic rainforest in eastern Brazil, the trend is going the other way, providing a blueprint for what it takes to create a successful forest restoration program.

The Atlantic Forest stretches from northeastern Brazil down to northern Argentina. Before European contact, it was twice the size of Texas but was cleared during colonial expansion, making way for Brazil’s megacities and agriculture.

The forest is an emblem of both forest loss and gain, César said.

“Currently, only around 16% of the Atlantic Forest remains,” he said. “There’s not much left.”

But, in recent decades, large swaths have been growing back thanks to the work of IPÊ and others.

Within a couple years, what was once a pasture is now a forest. 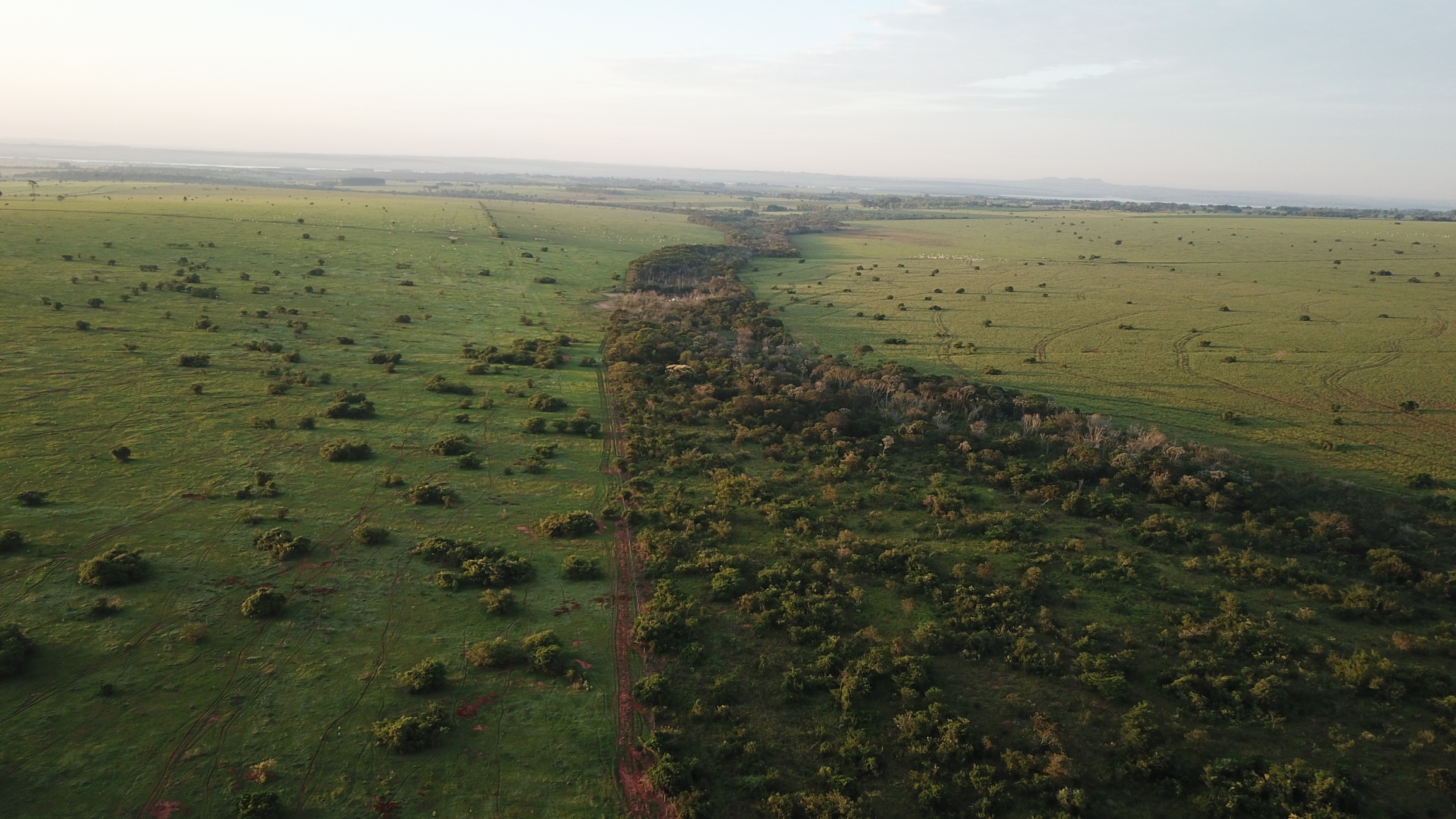 The organization pays local people to pull up grasses in pasture land and replant native trees, which are then cared for and monitored. Within a couple of years, what was once a pasture is now a forest. And other species start moving in.

“In a 2-year-old restoration site, you’ll see, for example, a cactus at the feet of some trees,” César said. “And you’ll be like, what is this? We don't plant cacti. What is it doing here two years later? ... And it's a bird that brought it, or a bat.  You can see things working.”

The location of the restored forests is carefully planned. IPÊ researchers have worked with conservation groups to plan regrowth in places that help connect the habitats of endangered species, allowing them to rebound — like the rare black lion tamarin monkey.

Funding for this work comes from the state government as well as conservation groups outside of Brazil, and the result is the largest forest regrowth project in the world.

Robin Chazdon, a forest ecologist at the University of the Sunshine Coast in Australia who specializes in forest restoration, said that what makes the Atlantic Forest so special is that local people are part of the solution.

“This is the model that's going to bring us forward for both conservation and restoration. ...It really requires very active engagement of communities in the landscape and also communities outside of the landscape who are big stakeholders in what happens.” 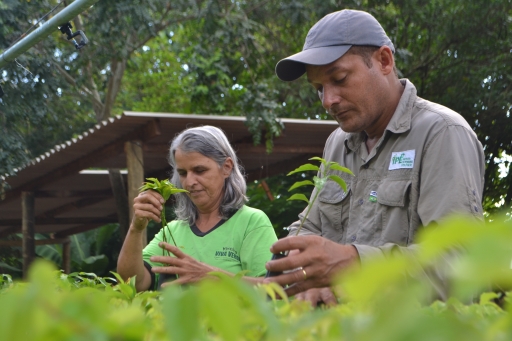 Conservation experts in the Atlantic Forest train local people to grow native plants in nurseries that are then planted to regrow forests that were lost.

“This is the model that's going to bring us forward for both conservation and restoration,” said Chazdon, who published recently on the Atlantic Forest case study. “It really requires very active engagement of communities in the landscape and also communities outside of the landscape who are big stakeholders in what happens.”

Nongovernmental organizations, government officials and farmers were brought in from the beginning. Local people received training on how to grow and protect trees. They learned agroforestry techniques — ways of growing food while keeping forests intact.

“The idea of special planning and engaging stakeholders is really not new, but there are not very many examples where it has worked well,” Chazdon said. “Often, the process gets diverted and becomes all about what one stakeholder wants to do, and that has to do with money and power.”

In this case, that didn’t happen because of strong local institutions committed to representing local people’s needs.

“The Atlantic Forest is probably one of the strongest beacons we have when it comes to forest restoration."

“The Atlantic Forest is probably one of the strongest beacons we have when it comes to forest restoration,” said Will Baldwin-Cantello, director of nature-based solutions at the World Wildlife Foundation.

He’s part of a global project called the Trillion Trees initiative, which mapped all of the forest regrowth since 2000. They found the Atlantic Forest was a bright spot. In two decades, an area the size of the Netherlands has grown back there.

Baldwin-Cantello said both saving old trees and growing new ones is essential for slowing down global temperature rise.

“Deforestation itself is around 10% of global emissions. That’s a must-win prize,” he said. “We don’t just have to think about reducing the losses of forests, we can also think about allowing them to bounce back and provide that positive vision.”

Despite decades of progress in forest restoration, what’s left of the original Atlantic Forest remains threatened. Now, 70% of Brazil’s population lives in the historic footprint of the Atlantic Forest.

The researchers at IPÊ and the World Resources Institute are just two of many organizations that make up the Atlantic Forest Pact, a collection of groups aiming to restore an area of the forest the size of Georgia by 2050.

Oliveira said Brazil is a world leader in landscape restoration, but it also tops the charts for forest loss. And unfortunately, regrowing forests doesn’t make up for deforestation.

“A newer forest won’t have the same biodiversity or carbon benefits,” she said. “It will take time to have those benefits again.”

It’s a juggle, she said, regrow what you can — and protect what’s left.