Israel and Hamas have agreed to a ceasefire that went into effect at 2 a.m. local time, ending 11 days of fierce fighting. The office of Israeli Prime Minister Benjamin Netanyahu said his Security Cabinet had unanimously accepted an Egyptian ceasefire proposal, following recommendations from Israel’s military chief and other top security officials. In a statement, his office claimed “significant” and “unprecedented” achievements during the operation, but his right-wing base has accused him of stopping the operation too soon. Hamas also claimed victory, but now has to rebuild once again, in a territory already suffering from poverty, unemployment and a COVID-19 outbreak.

Leading US infectious disease expert Dr. Anthony Fauci says that “Americans would ‘not necessarily’ need to get booster shots this fall for further protection from COVID-19,” but didn’t rule it out as a possibility. Fauci said that scientists will be tracking data on the virus and its variants, and urged people to continue following CDC guidelines. He also cautioned unvaccinated people to continue wearing masks. Tune in to The World today for an interview with Dr. Fauci as he discusses the latest on the coronavirus situation with host Carol Hills.

Spain plans to open up to some tourists for the summer, and has announced that visitors from the UK will not need a PCR test to enter. “We are hugely thrilled at the prospect of our tourism industry recovering, of the streets of our towns and cities filling up once more,” said Prime Minister Pedro Sánchez. He also applauded the European Union’s decision to introduce COVID-19 travel certificates, allowing EU citizens to travel freely across the bloc. Spain was especially hard-hit in the early months of the pandemic, and travel restrictions have crushed its tourism industry. 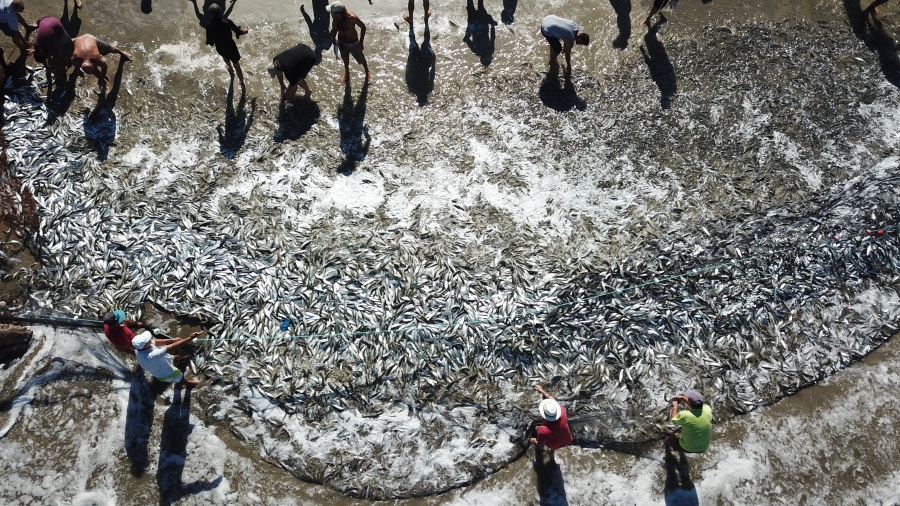 A drone shot of hundreds of tainha at the sea.

For the fishing community of Pantano do Sul, on the southern tip of the island of Florianópolis, Brazil, it’s the most exciting time of the year: the return of the tainha or mullet.

The fish often exceed a foot long and weigh 10 pounds or more. As they flop on the sand, fishers and villagers pick them up, two at a time, and carry them up the beach to be divided among the group. One catch can sometimes round up thousands of fish.

It’s a tradition that’s been carried on for generations, but has recently been overshadowed by the COVID-19 pandemic. 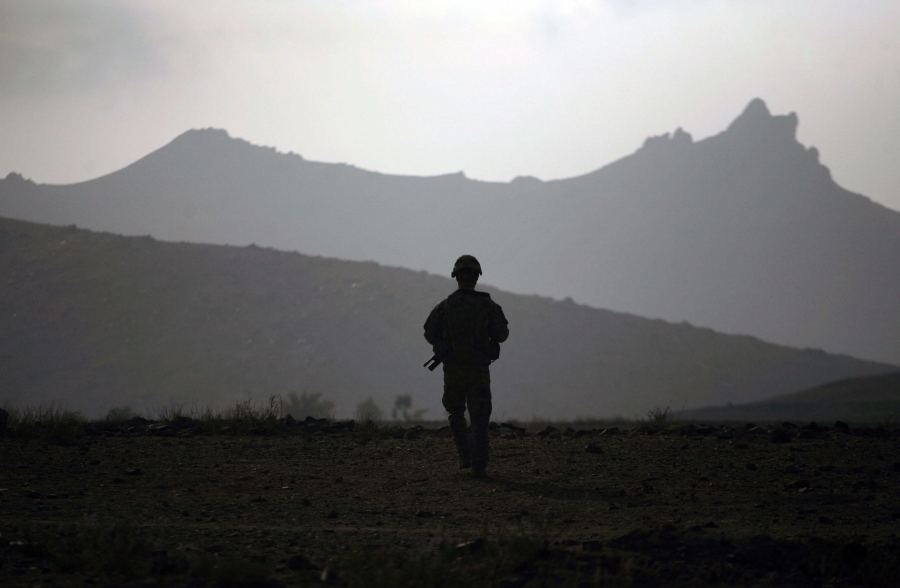 A US Army soldier from 4th Battalion, 25th Field Artillery Regiment, based at Fort Drum, NY, patrols in the Jalrez Valley in Afghanistan's Wardak Province, Sept. 28, 2009.

Imagine stepping outside your home and finding a letter that calls you and your family traitors who will be killed. Many people in Afghanistan receive these threats because of their work for the US military. Now, as the US leaves Afghanistan, there's a growing push to prioritize the safety of these Afghans.

The World's Monica Campbell 🎧 has been following the story and how one Afghan family is holding onto the hope for a safer life.

In Ireland, they're now witnessing something that hasn't been seen in 300 years, a pair of cranes nesting in a bog. That's cause for a big celebration. "We do occasionally get these birds appearing in the wintertime. But it was really exciting to see a few birds appear in one of our bogs in the springtime, and then starting to display and starting to build a nest. Unfortunately, we haven't seen any chicks yet, but we're really excited about this year because the birds actually came back," 🎧 said Mark McCorry, lead ecologist at Bord na Móna, a former peat-producing company that "rewetted" the bog. 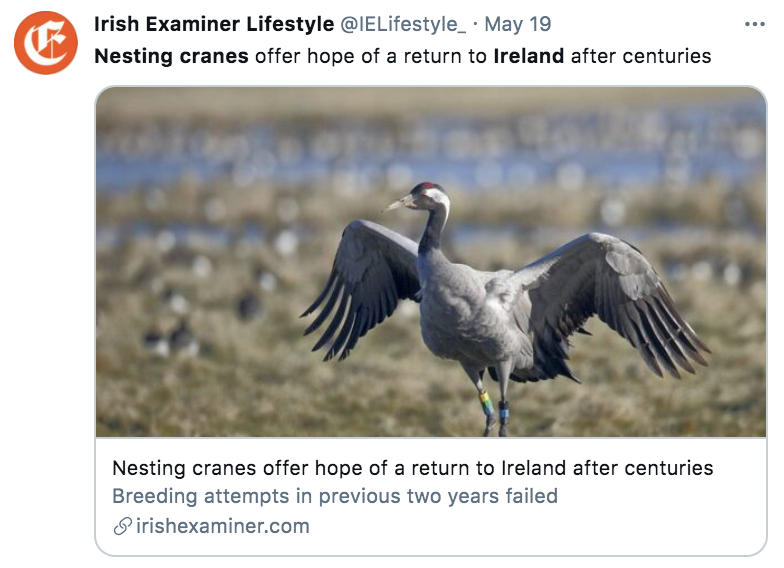 In case you missed it from The World

Israel announced a ceasefire with Hamas militants on Thursday after 11 days of fighting and widespread destruction in the Gaza Strip. And, over the years, the Arctic has become a source of tension between Russia and some NATO countries in the region. Also, bipartisan US lawmakers are calling on the Biden administration to do more to protect thousands of Afghans and their families who face deadly threats for their work with Americans and their allies in Afghanistan. And, a nesting crane sighting in Ireland is sparking hope of a resurgence in numbers.