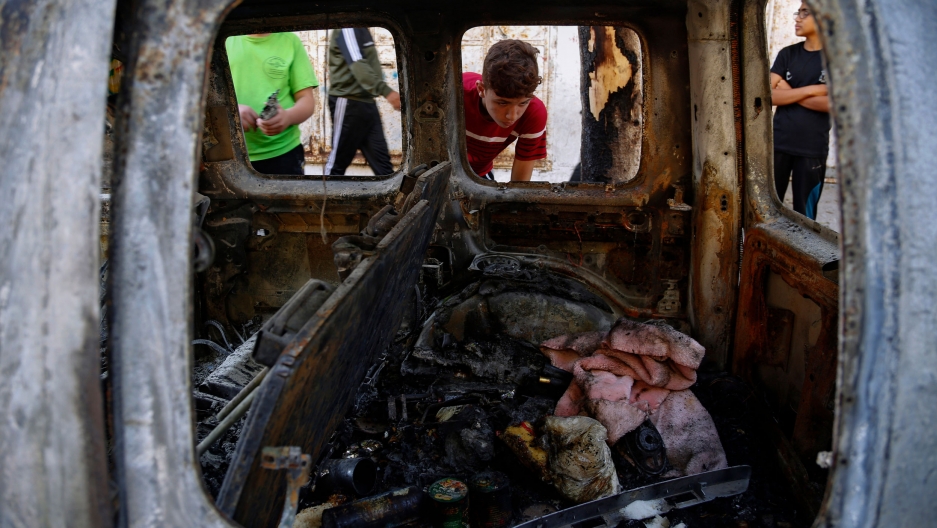 Palestinian kids look at a destroyed car after it was hit from an Israeli Airstrike near by, in Gaza City, May 19, 2021.

Israel-Hamas
As pressure grows to negotiate an end to the conflict between Israel and Hamas, Palestinians in the Gaza Strip again woke up to new airstrikes that killed at least six people early Wednesday. Hamas has continued its retaliation from Gaza, firing rockets at Israeli cities. Palestinian Authority President Mahmoud Abbas has said Israel’s campaign amounts to war crimes. More than 200 Palestinians have been killed in airstrikes, including over 60 children, according to the Gaza Health Ministry.

India
With the surge of coronavirus cases pushing India’s health system to the brink, the country reported a grim new record Wednesday with more coronavirus deaths in a single day than any other country at any time during the pandemic. Health officials in India reported a record 4,529 deaths in the past 24 hours. Meanwhile, India’s navy is continuing to search for dozens of people lost at sea following the deadly Cyclone Tauktae that ravaged the country’s west coast.

EU reopening
European Union officials have agreed on Wednesday to measures that would ease travel restrictions for fully vaccinated people to the 27-country bloc, following months of strict COVID-19 protection measures. EU ambassadors also agreed on new criteria for nations to be considered safe countries for tourists to travel from. 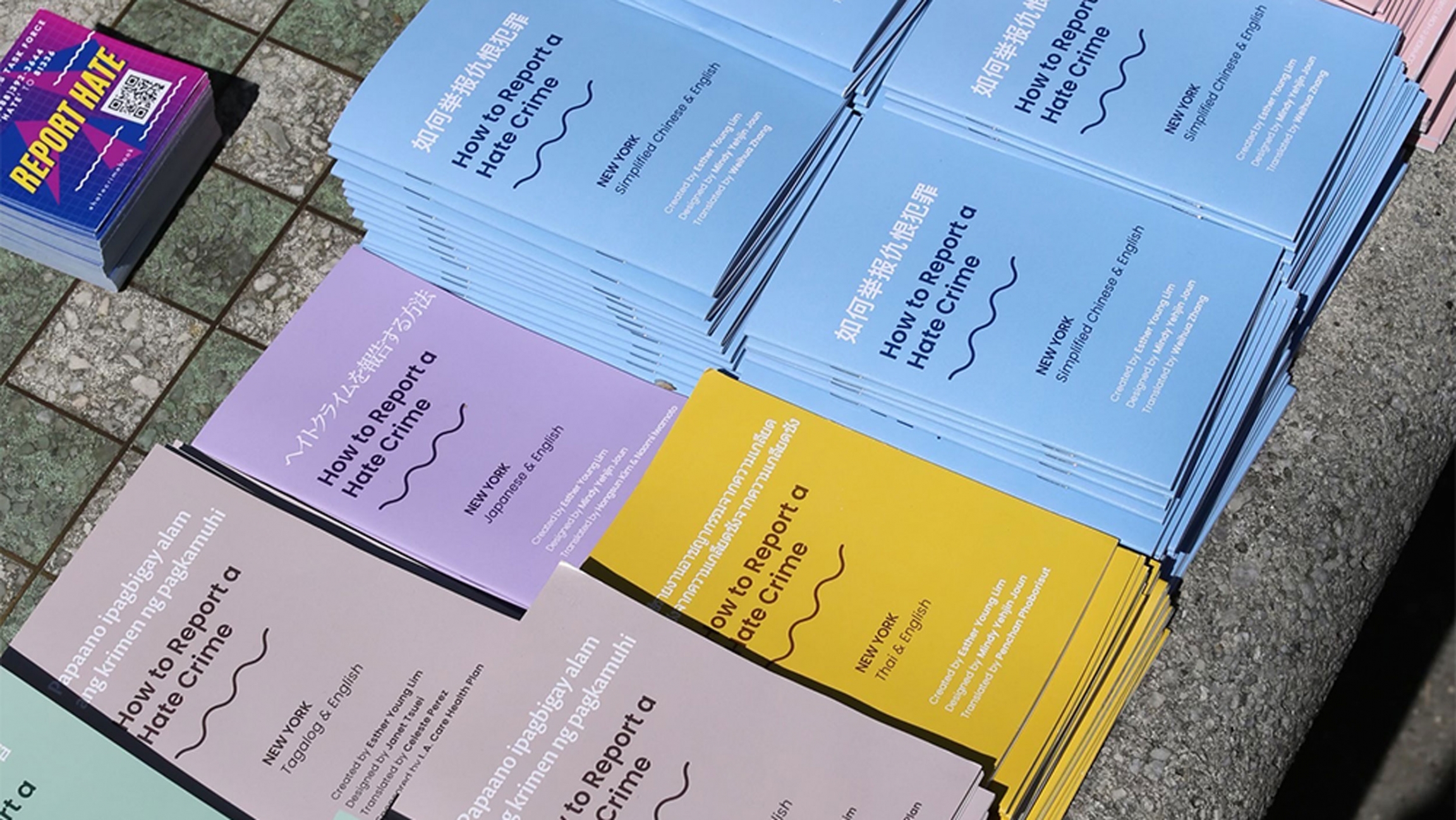 An array of booklets tranlsated into different Asian languages on "How to Report a Hate Crime", an initiative put together by Esther Lim to help counter victims of anti-Asian rhetoric.

When Asian Americans face discrimination, it's not always clear how to report it. Esther Lim tries to bridge this gap with booklets on how to report hate crimes in native Asian languages.

“I was thinking, ‘If my parents were to get attacked, what would happen? What are the next steps? How do I report this to police and are there laws against this?’” Lim asked. “So, I started doing my research.” 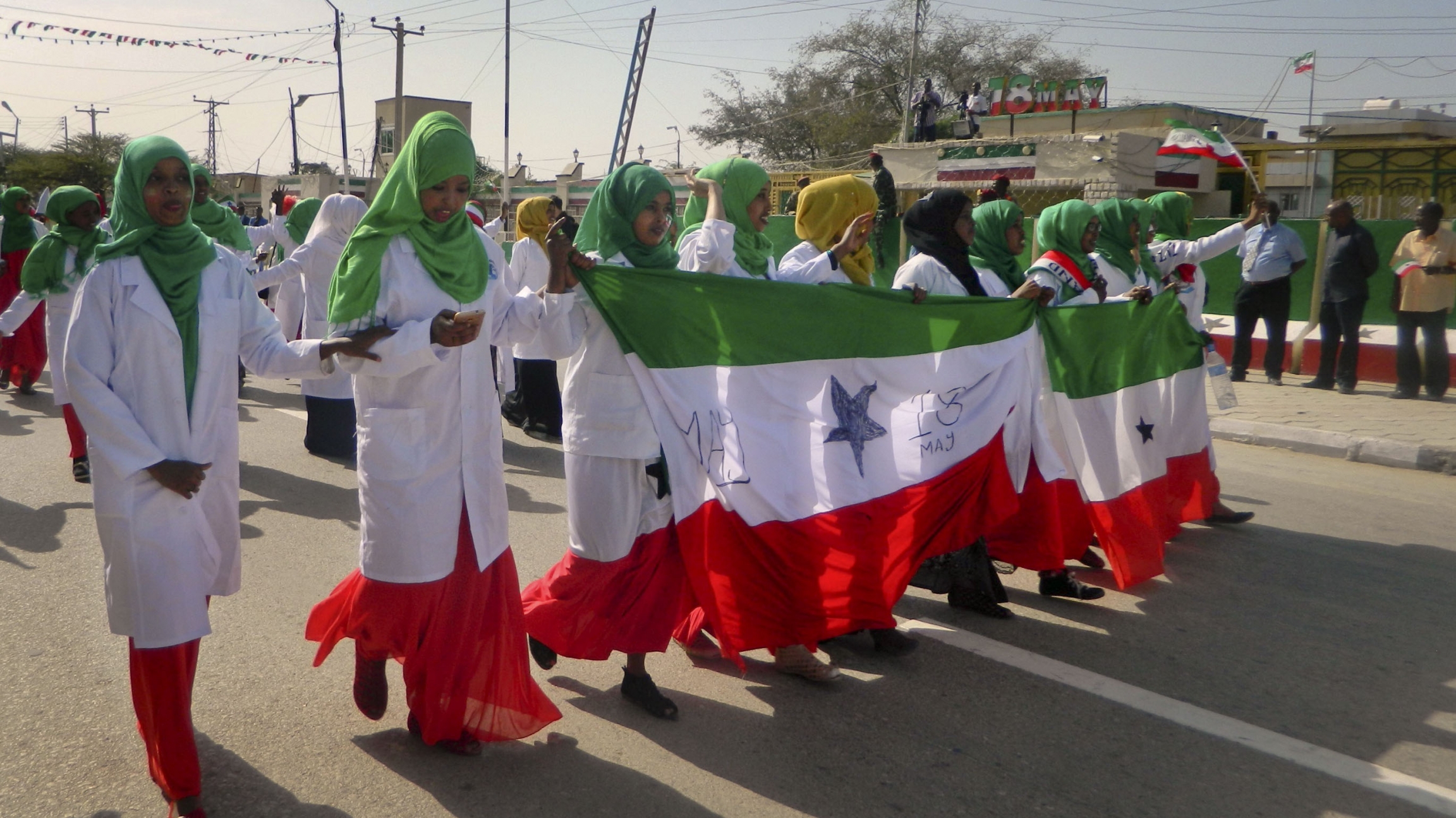 Women march in a procession to celebrate the 25th anniversary of proclaimed independence in the capital Hargeisa, Somaliland, a breakaway region of Somalia, Wednesday, May 18, 2016.

With little international recognition, Somaliland has nevertheless tried to cultivate a reputation for being more stable and more democratic than its neighbor Somalia.

“These young people have no clue [or] idea what the identity was before Somaliland. They were born in Somaliland. They know only Somaliland, and they consider Somaliland [to be] their identity,” said Dr. Jama Musse Jama, director of the Hargeisa Cultural Center.

The garden view is back!

The grounds at Giverny in France, that inspired Claude Monet’s world-famous paintings of water lilies and other masterpieces, is reopening after being closed off for more than six months, due to COVID-19.

Starting Wednesday, Giverny will be allowed to welcome 200 visitors per hour, fewer than normal, but it's a welcome step for the gardeners who tend to the blooms. 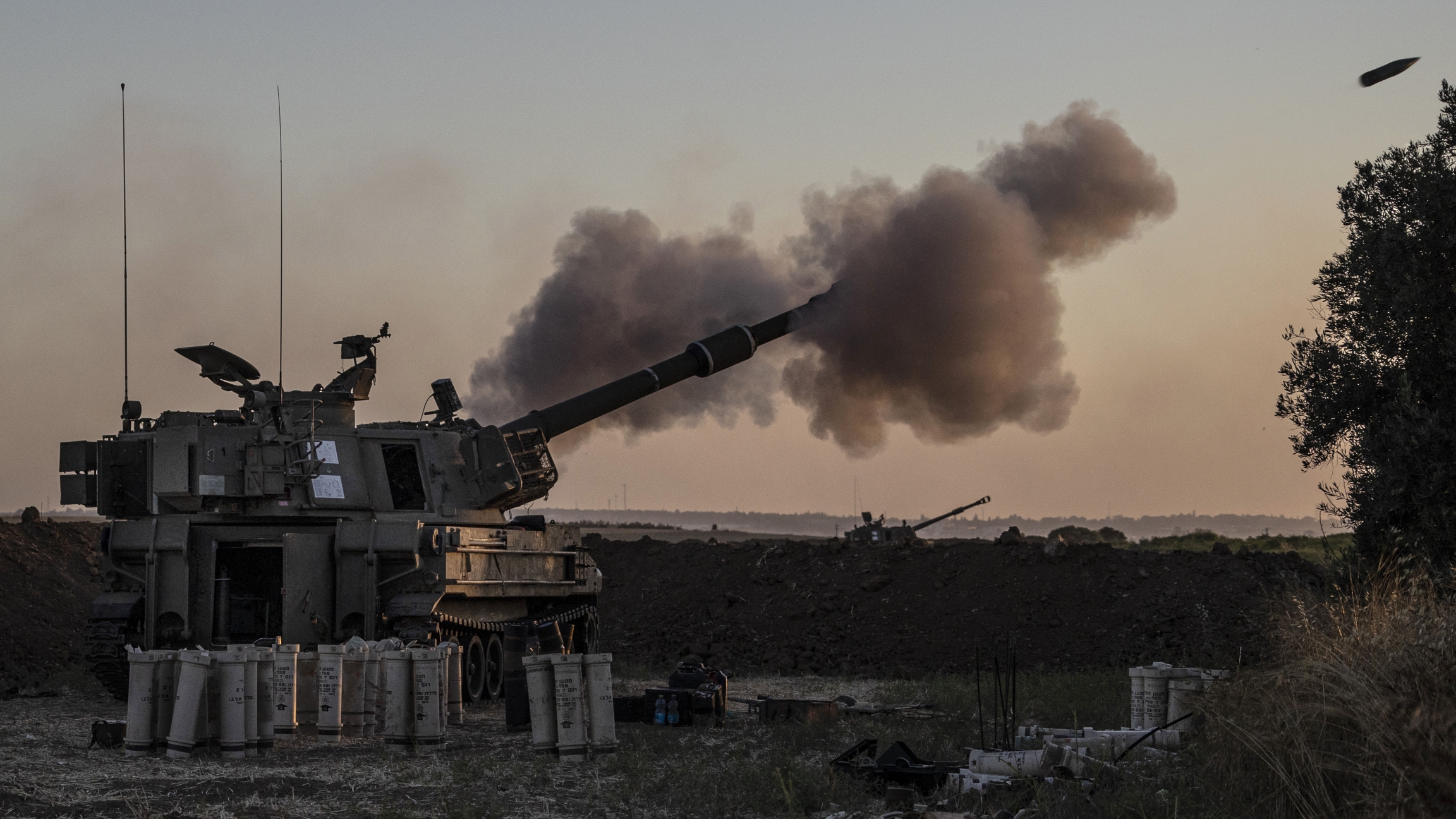 An Israeli artillery unit fires toward targets in Gaza Strip, at the Israel-Gaza border, May 18, 2021.

As fighting between Israel and Gaza continues, US President Joe Biden said he welcomes a ceasefire. But Israeli and Hamas leaders show few signs of letting up. The US continues to sell weapons to Israel, but these purchases are conducted with little transparency and are not held to any human rights standards. And, the Philippines currently has one of the worst COVID-19 infection rates in Southeast Asia, but vaccine rollout has been slow. Also, the self-proclaimed state of Somaliland celebrates 30 years of independence.