As a guide on the Galápagos Islands, Javier Cando used to spend his days taking visitors through windy trails teeming with iguanas, sea lions and blue-footed boobies.

But tourism on the islands collapsed when the pandemic broke out. And Cando now wakes up at 4 in the morning on most days to milk cows at the farm where he grew up on Santa Cruz Island.

It’s not as profitable as taking tourists on safaris. But it’s helping the guide and his family of four to get by.

Related: England indoor dining resumes, but where are all the staff?

Cando is hoping that the archipelago’s vaccination program — and herd immunity — will keep him safe, and help get him back to work as a guide in the $350-million-per-year tourism industry. 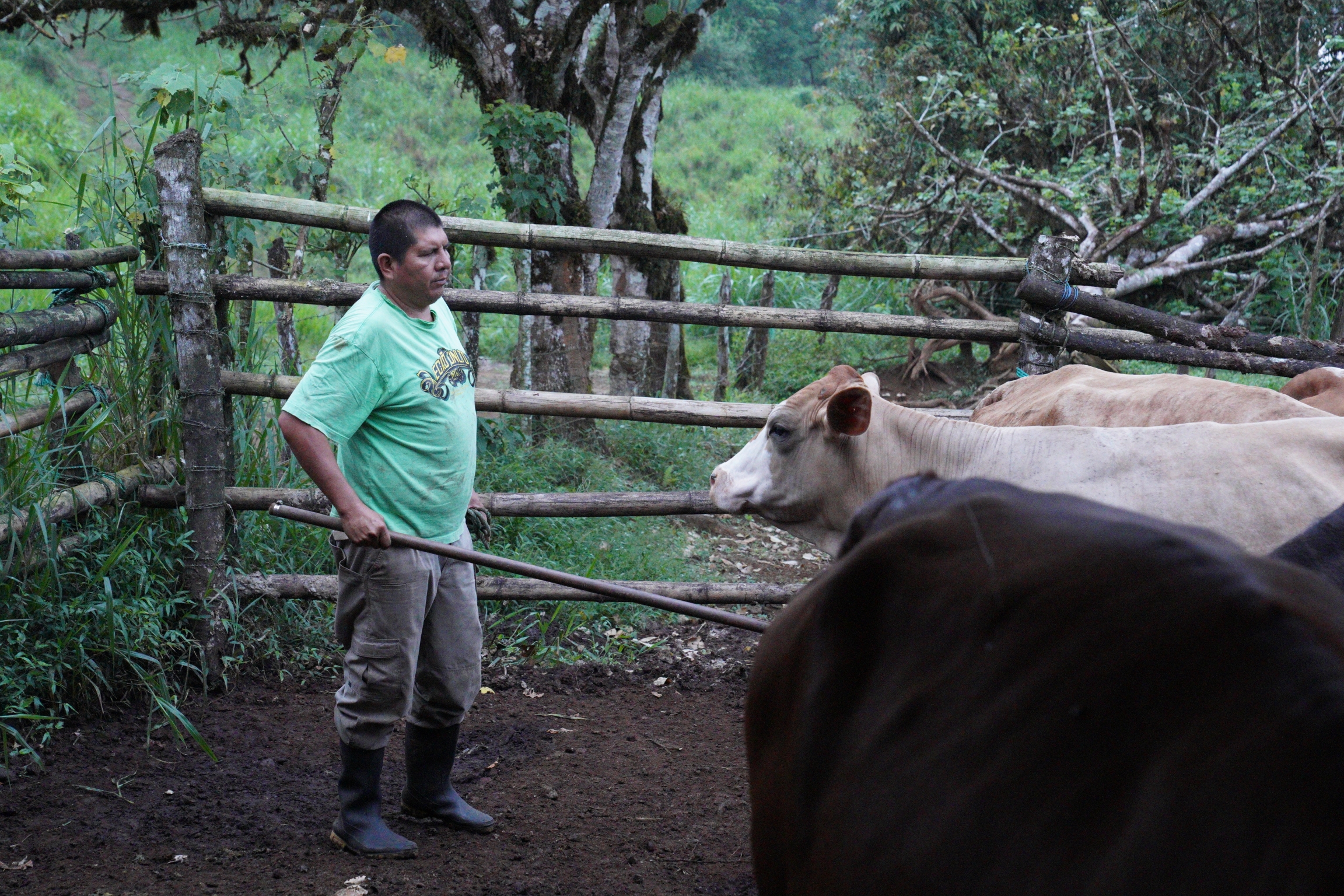 Javier Cando gets ready to milk his cows early in the morning on May 6, 2021. Due to the pandemic, Cando has had to switch from working as a guide on the Galápagos Islands to milking cows on his family's farm.

He’s not alone. To restart the islands’ economies, the local government is speeding up vaccination and marketing the islands as a “biosecure” destination.

In April, the government of Ecuador purchased 40,000 COVID-19 shots from Pfizer and had them sent to the Galápagos, which only has a population of 30,000 people.

In mainland Ecuador, only 6% of the people have been vaccinated so far. But officials are hoping to have all adults on the islands vaccinated by the end of this month.

The government there says that the islands deserve special attention: “Because we are far from the mainland, and our hospital capacity is limited, we are more vulnerable to new variants of the virus,” said Galápagos Gov. Norman Wray.

He was visiting a basketball gym where hundreds of people were getting their first shots of the vaccine.

Vaccination is also expected to lure tourists back to the islands.

“The message we want to send is that this is a safe destination to visit.”

“The message we want to send is that this is a safe destination to visit,” Wray said. 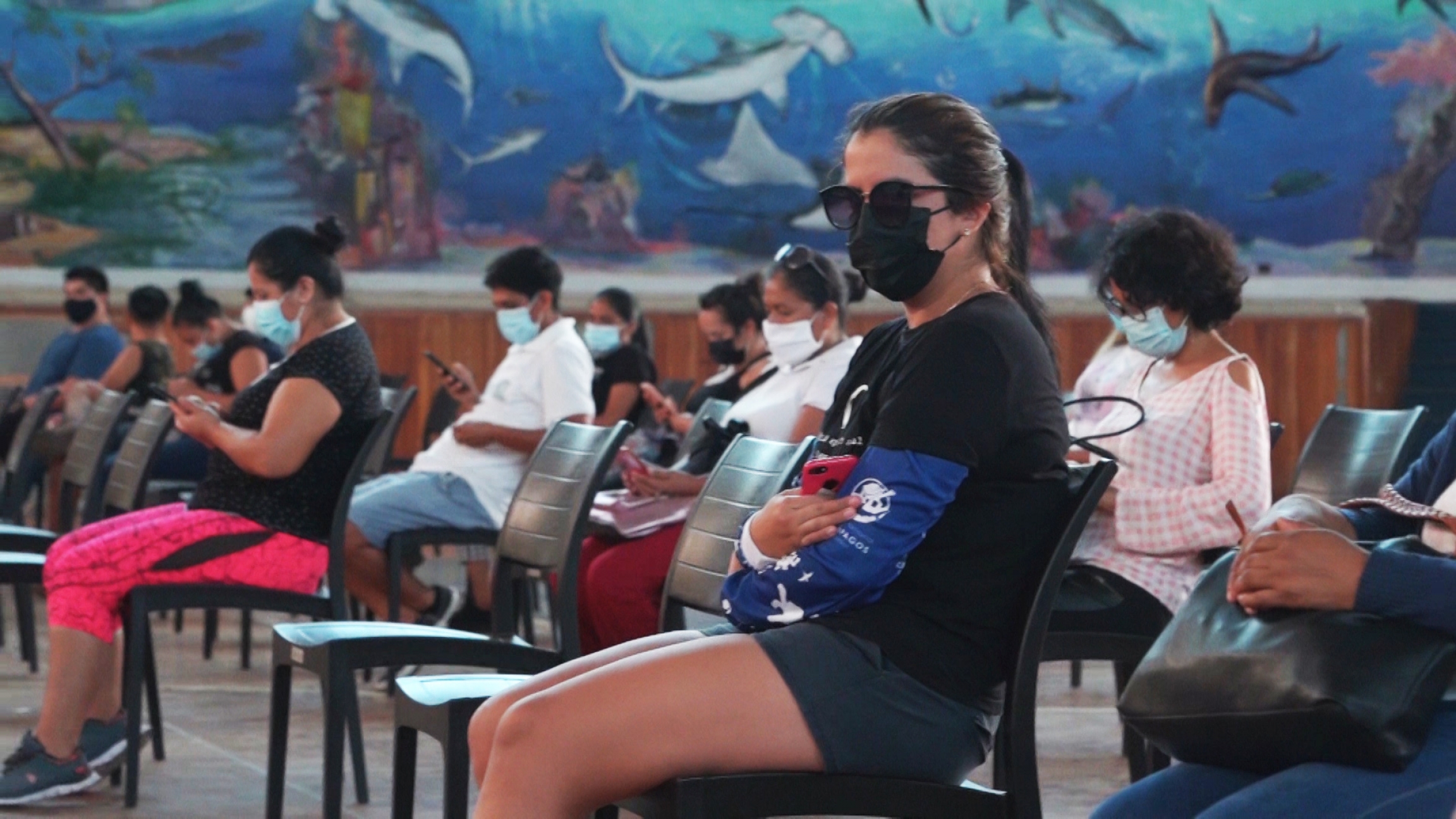 Hundreds of people went to a basketball gym in Puerto Ayora to get their first dose of the Pfizer vaccine.

The unique wildlife on the Galápagos inspired Charles Darwin to come up with the theory of evolution.

And for decades, the archipelago has depended on tourism to sustain its small population.

Related: Wealthy nations once lauded as successes lag in vaccinations

More than 95% of the islands' land area is covered by a national park, which limits agriculture. The sea around the islands is a marine reserve, where only small boats are allowed to fish.

So, the islands rely heavily on tourism, which generated 85% of their gross domestic product in 2019, according to the local government. Many people have been unemployed since the pandemic started.

“I work at a hotel, and it's been closed for more than a year,” said Betty Freire, a housekeeper who went to the basketball gym to get her first Pfizer shot.

“There [are] almost no tourists at the moment, but I hope the vaccines will make things better,” she said. 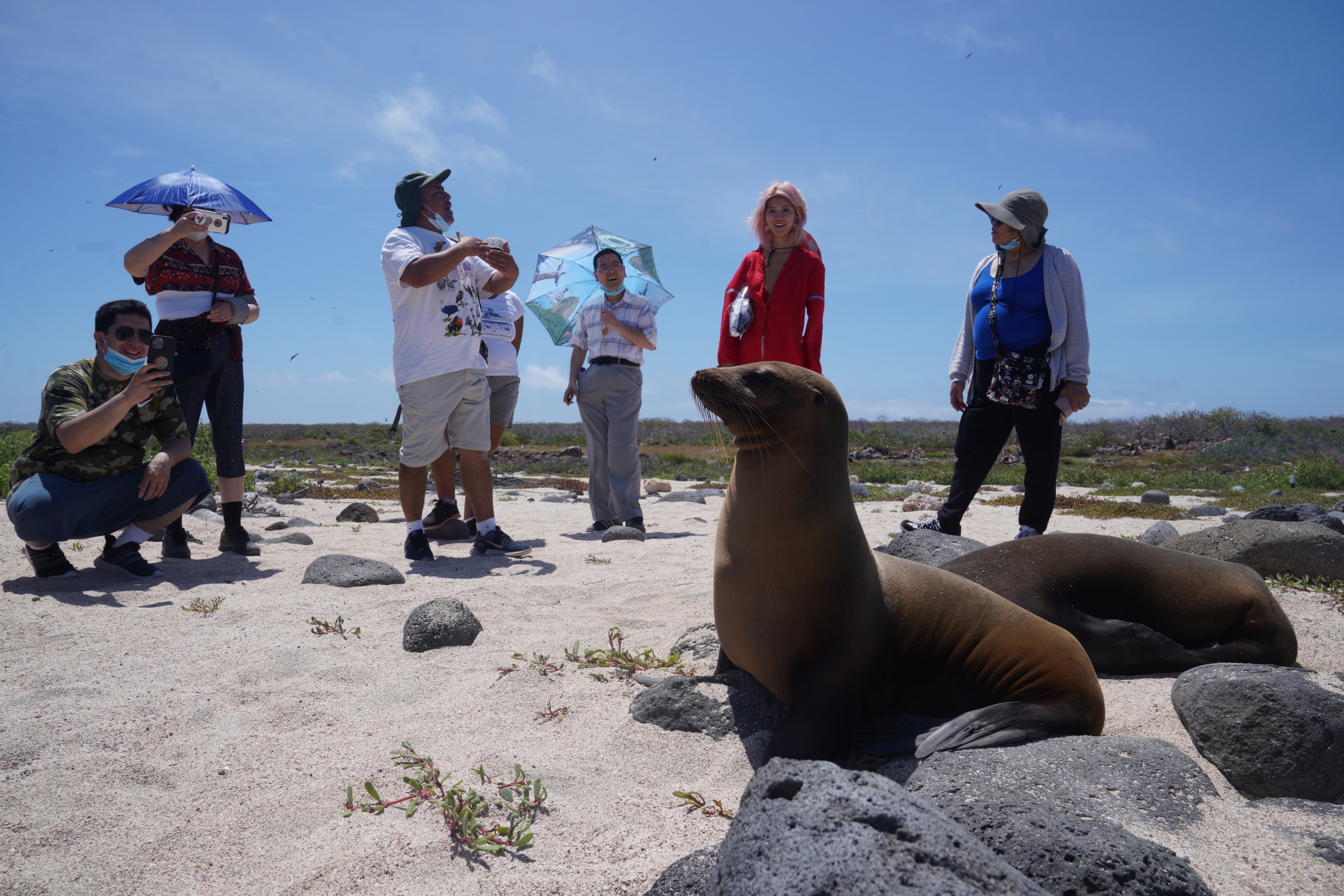 Tourists learn about the lives of sea lions while on a visit to North Seymour Island on May 9, 2021.

In Puerto Ayora, the largest town on the archipelago, dozens of restaurants have had to shut down. And cruise boats that used to take tourists around the islands now spend most of their time anchored at the harbor. Travel agents say their sales have plummeted.

“Before the pandemic, it was high season almost all year round.”

“Before the pandemic, it was high season almost all year round,” said Oswaldo Alvarez, who owns a tour agency on Charles Darwin Street.

Related: Pandemic report: ‘We are not short on recommendations. We are short on action.’

Now, his business only handles about a quarter of the customers it used to have each week. But that’s also good news for those who are lucky enough to make it to the archipelago.

Emily Ming-an Wang, from Los Angeles, recently visited North Seymour Island on a day tour, where she took selfies with blue-footed boobies and walked along a beach packed with sea lions.

Her tour boat could fit 16 people, but only had half as many passengers aboard. Only two boats stopped at the uninhabited island that day.

“There aren’t a lot of people around. So, I think the relationship you’re going to have with the animals and the environment is unique,” Ming-an Wang said.“It’s like seeing a private concert of your favorite singer, but instead of a singer, it’s animals.” 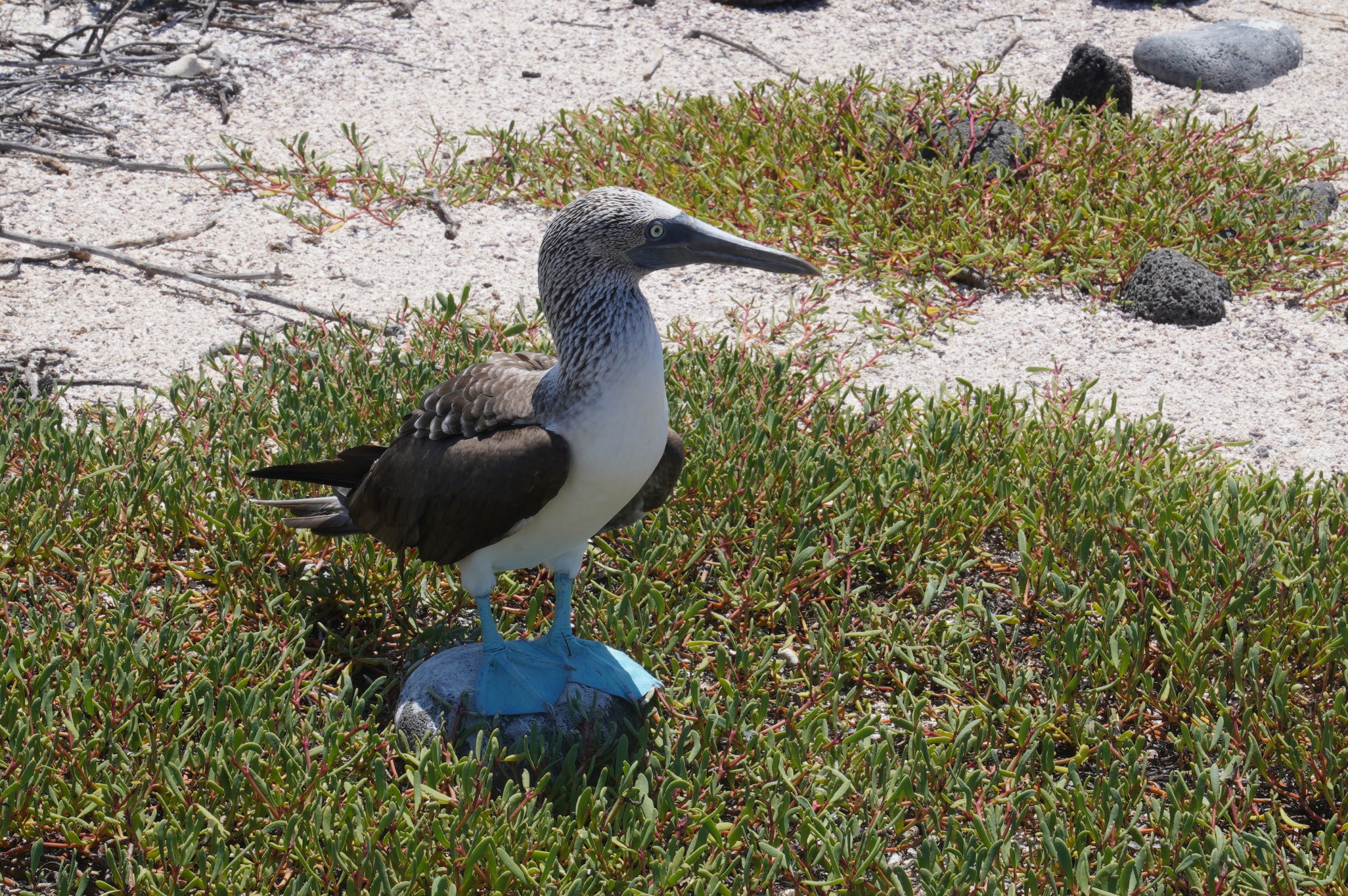 The blue-footed booby is a tourists' favorite on the Galápagos Islands.

At his dairy farm, Cando figures it could take up to two years for tourism to return to normal. He says tourists will always be important for the islands. But he hopes the pandemic also encourages locals to find new sources of income.

“It's the moment to think and to improve and to see what capacity we have to survive,” Cando said. “That’s usually what we call ‘survival of the fittest for the species,’ and now, we are in that process, too.”