Esther Lim noticed the increase in anti-Asian rhetoric as soon as the coronavirus began to spread around the world.

“COVID led to a stereotype that Asians are still barbaric, unclean and a cause of disease. And that turned into blatant attacks sometimes toward the Asian community,” Lim said. This was bolstered, she continued, by President Trump’s racist remarks about the virus. “Those were a direct threat to me. That’s when I got really scared.”

Related: Coronavirus Conversations: The rise of racism against Asian Americans amid the COVID-19 crisis

Lim said she wasn’t just scared for herself, but for her parents, too. They immigrated from Seoul, Korea, to California in the 1980s. She says they came to the US to pursue the “American Dream,” but often had to “turn the other cheek” when facing ridicule and microaggressions.

A post shared by How to Report a Hate Crime © (@hatecrimebook)

"If my parents were to get attacked, what would happen?"

“I was thinking, ‘If my parents were to get attacked, what would happen? What are the next steps? How do I report this to police and are there laws against this?’” Lim said. “So, I started doing my research.”

Online, Lim quickly learned about the protections in place if someone is the victim of a hate crime. But she was startled by the lack of this information available in native Asian languages. She knew that meant immigrants like her parents may not be able to get the help they need. So she decided to take action. 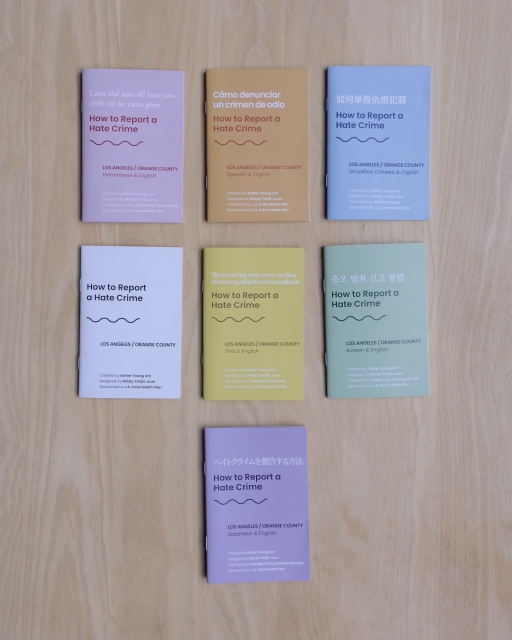 Collection of Esther Lim's booklets on "How to Report a Hate Crime" tranlated into various Asian languages.

From the kitchen counter of her parent’s house, where she was quarantining last spring, Lim created free booklets aptly called “How to Report a Hate Crime.” In about 15 pages, readers learn what to do and who to call if they are a victim. The booklets have now been translated into nine languages, including Thai, Vietnamese, Japanese and Korean. Lim says she has plans for expansion to reach other vulnerable communities, but over the past year, the booklets have mostly been distributed to elderly Asians across the US.

“Before booklets like this were released, there was no way for seniors to really access this information,” said Monica Lee, a Korean American who works for The Korean Community Services of Metropolitan New York. She said the pandemic has highlighted the lack of language access for non-English-speaking households.

“Whether its unemployment insurance or COVID-19-related health services, or even the legal language around hate crimes, I think the language access piece is so important.”

Related: Discussion: The rise of racism against Asian Americans amid the coronavirus crisis

Lee said Lim’s “How to Report a Hate Crime” booklets are really useful and badly needed. Asian Americans are the least likely of all ethnicities to feel “very comfortable” reporting hate crimes, according to a survey from AAPI Data.

Lee passed out hundreds of the booklets to seniors at a recent event.

“It caught their eye because it’s written in Korean,” Lee said. “It’s not easy to come by this information in Korean.” 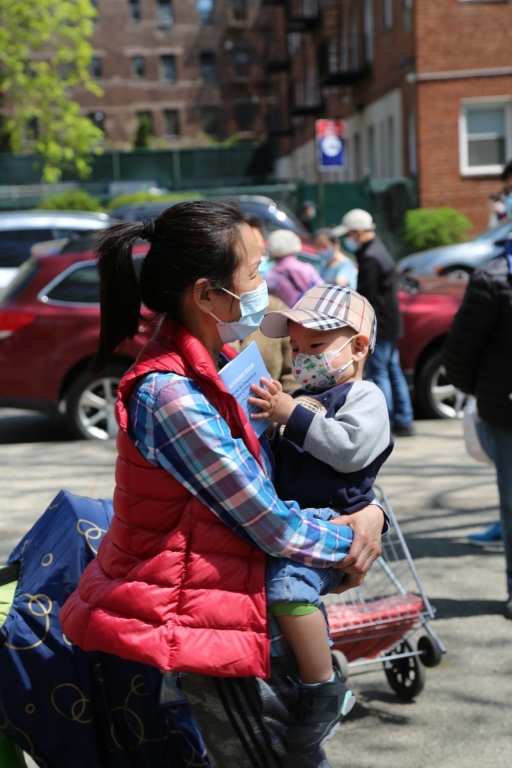 A child flips through a copy of Esther Lim's "How to Report a Hate Crime" booklet at an event in New York.

Lee said the booklets are also effective because they are physical books that people can easily carry around. Many of the elders she works with, she said, don’t use social media or have smartphones.

“We could be sharing this kind of information and raising awareness all we want via electronic methods and social media, but getting this information to them, the most vulnerable population in our community, is still quite a challenge,” Lee said.

Other initiatives are working to empower and educate Asian Americans, too. An organization called “Safe From Hate” has donated thousands of handheld alarms to Asian Americans and immigrants across the country. Another group is offering free self-defense classes.

Lee says the people she works with are grateful.

“One of the common things that they actually said was, ‘Thanks for not forgetting about us,’” she said. “So I think just the fact that people like [Lim] and the young leaders in our community are really taking a stand for them, that helps them feel like they’re not forgotten.”