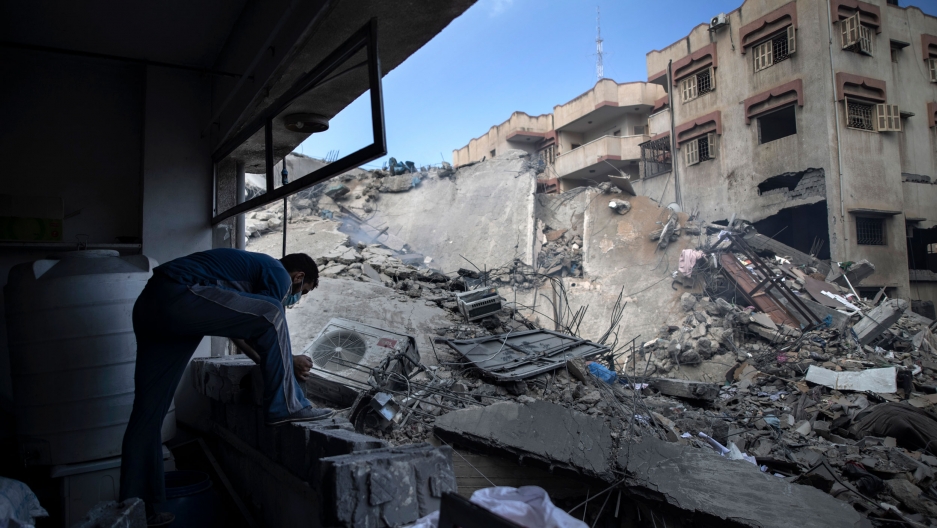 A Palestinian man inspects the damage of a six-story building which was destroyed by an early morning Israeli airstrike, in Gaza City,  May 18, 2021.

Israel-Gaza
As the humanitarian crisis becomes more worrisome in Gaza after nine days of airstrikes by Israel and Hamas returning rocketfire lobbed at Israeli cities, US President Joe Biden on Monday expressed support for a ceasefire, according to a readout of a call with Israeli Prime Minister Benjamin Netanyahu. And while European Union foreign ministers debated ways to defuse the crisis on Tuesday, Israeli military officials suggested that there are thousands of targets left.

Cyclone Tauktae
The massive cyclone Tauktae made landfall Monday in the western Indian state of Gujarat, bringing heavy rains, a storm surge and winds of about 130 miles per hour — marking the strongest storm to hit the area on record. At least 12 people were reported dead before the storm hit, with four more killed in the state after landfall, and weather officials are warning of extensive damage, all while India’s health system is at the breaking point from a devastating coronavirus surge.

Ceuta
A record 6,000 migrants have jumped fences or swum onto the Spanish city of Ceuta, in North Africa. The large numbers of people have prompted Spain to deploy its military to the city’s Moroccan border on Tuesday, as officials described events as an “invasion.”

Many asylum-seekers are returned at the US-Mexico border under Title 42. Advocates call it a ‘sham.’ 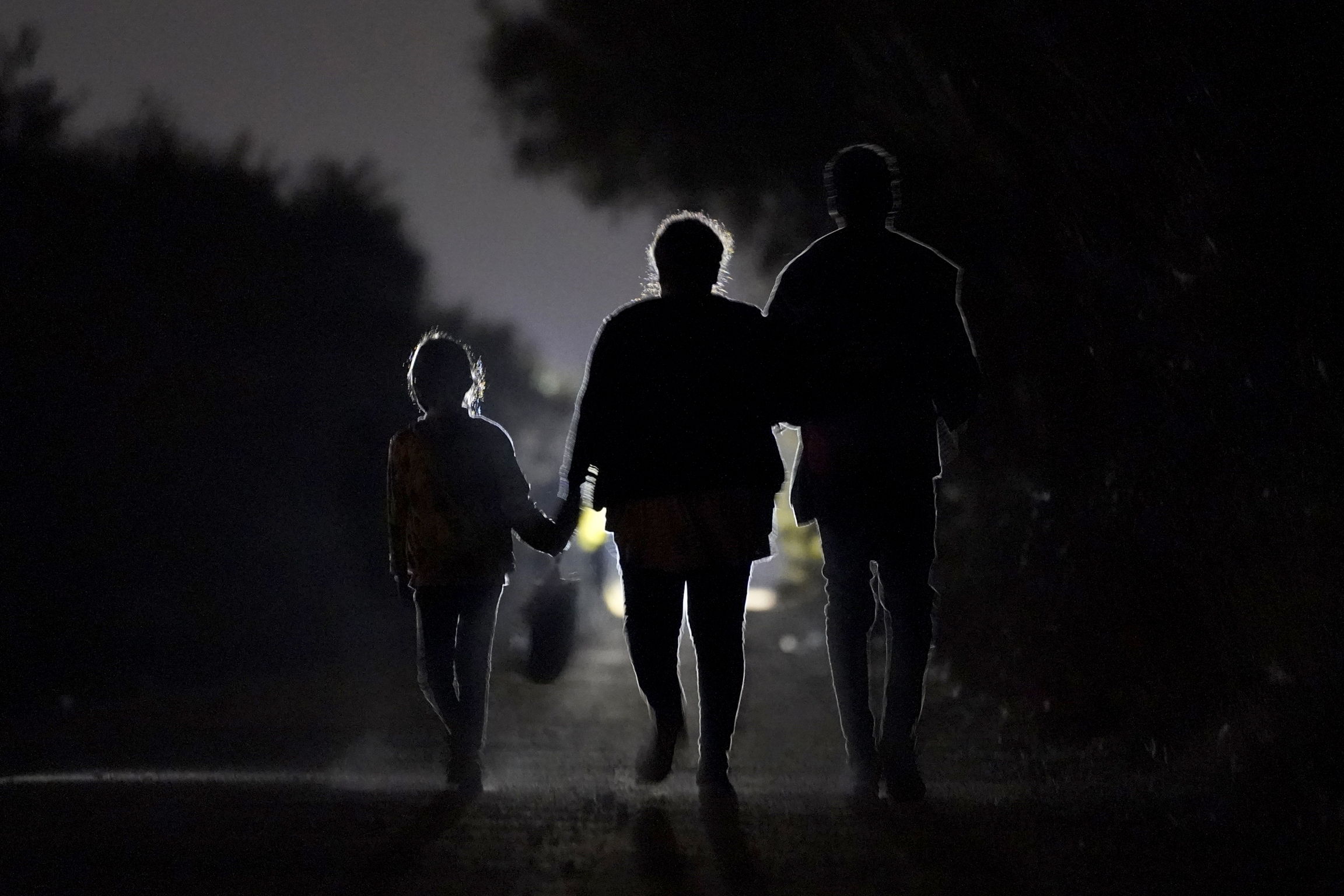 A 7-year-old migrant girl from Honduras, left, walks with Fernanda Solis, 25, center, also of Honduras and an unidentified man as they approach a US Customs and Border Protection processing center to turn themselves in while seeking asylum moments after crossing the US-Mexico border in Mission, Texas, March 21, 2021.

A bottleneck continues to build in Mexico near the US-Mexico border, as a public health order invoked by the Trump administration remains in place and shuts out many migrants and asylum-seekers from entering the United States.

"Once you cross the bridge into Reynosa, and you look immediately over to your left, you're going to see hundreds of people," said Rangel-Samponaro, who co-directs The Sidewalk School, a Texas-based nonprofit that assists migrants with schooling and other services in Reynosa and elsewhere on the US-Mexico border.

England indoor dining resumes, but where are all the staff? 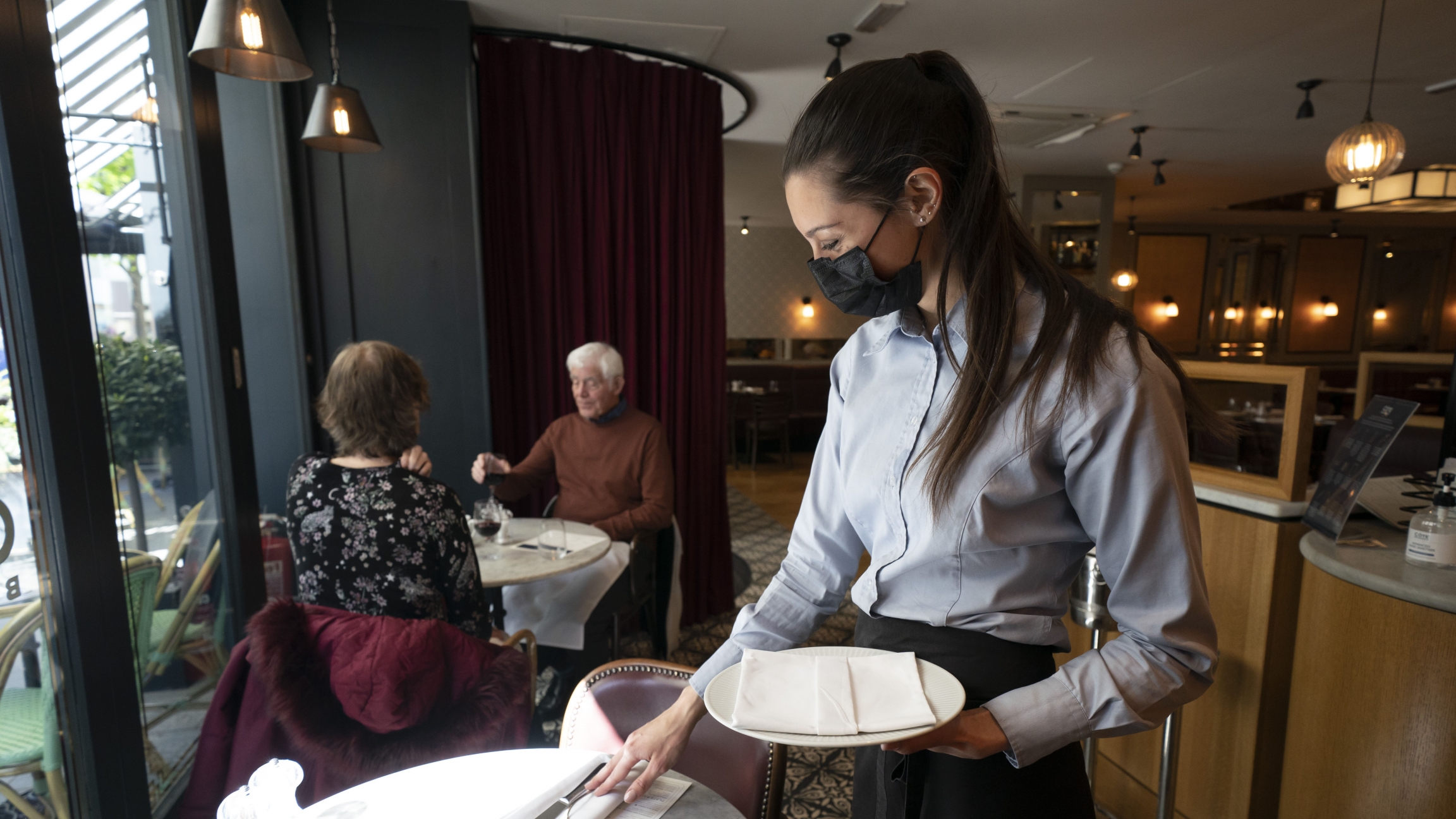 A member of staff sets a table in a Liverpool retaurant, as pubs, cafés and restaurants in England reopen indoors under the latest easing of the coronavirus lockdown, Liverpool, England, May 17, 2021.

More than 1 in 10 hospitality workers in the UK have left the industry over the past year due to COVID-19. Between Brexit and the pandemic, owners are short-staffed, now that indoor dining is back.

Since the start of the year, EU workers have needed a visa to work inside the UK. Restaurants have been closed since December 2020, so it’s only now that establishments like Il Portico are feeling the impact.

Dexter Kruger has become Australia's oldest man at the age of 111. His secret? Chicken brains. Born on Jan. 13, 1910,  Kruger credits much of his longevity to a simple lifestyle spent in the bush, eating mostly what he grew in his own garden. He says people nowadays are unhappy because they have too much money to spend on unnecessary things.

Although, he does enjoy one delicacy that he also credits to his long life: "You know, chickens have a head and in that is some brains, and they are delicious little things. There's only one bite."

I've had a wonderful day! Thank you to everyone who came along to Pinaroo to celebrate my milestone of becoming the oldest Australian man ever at the age of 111 years, 124 days. 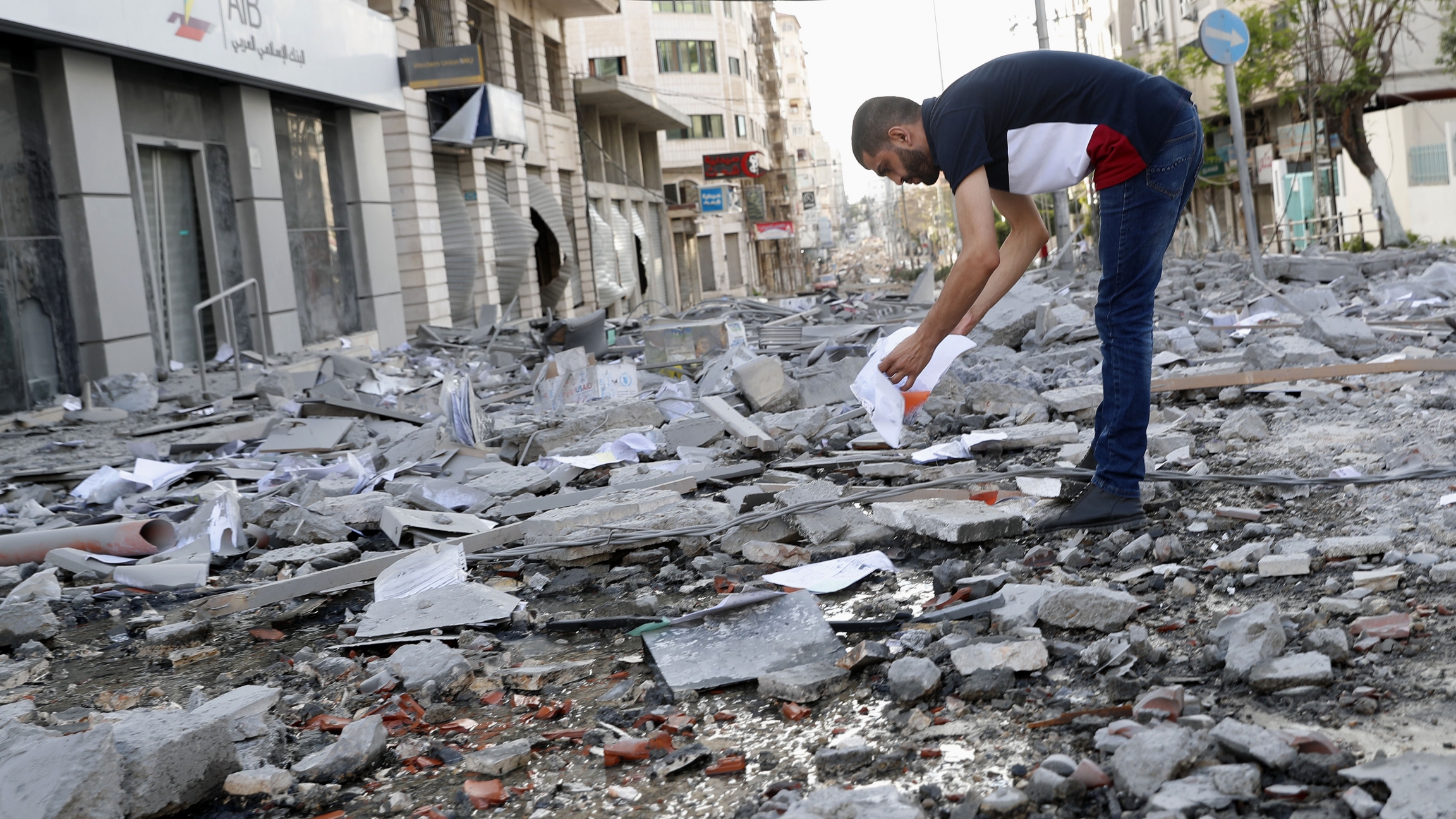 Pressure is mounting for US President Joe Biden to do more to halt Israel’s assault on Gaza. Also, Chileans have voted and decided that 155 citizens will rewrite the country's constitution, replacing the one drafted under the former Augusto Pinochet dictatorship. In Brazil, coastal fishing communities struggle to stay afloat during the pandemic. Are you exhausted? You’re not alone: The World Health Organization has confirmed in a new report that working long hours can be deadly.