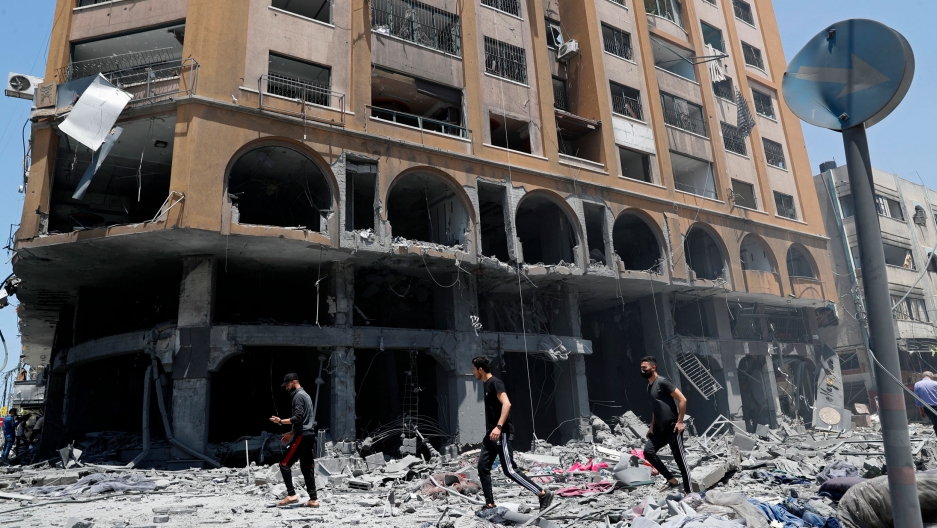 People inspect the rubble of a damaged building which was hit by an Israeli airstrike, in Gaza City, May 12, 2021.

Israel-Gaza
Israel conducted hundreds of airstrikes in Gaza, leveling apartment towers and other targets, with the death toll increasing to more than 45 Palestinians, including 14 children. Hamas continued to fire rockets into Israeli cities in an escalation of violence the region has not seen since  the 2014 Gaza War. More than 300 people have been wounded, as the United Nations calls for an immediate cease-fire.

Listen to The World today for more on this rapidly changing story.

India
With a surge in COVID-19 cases overwhelming the health system in India, officials reported a new record number of daily deaths at 4,205 people. As the grim statistics mount in India, investigators have found dozens of bodies of suspected coronavirus victims washed up on the banks of the Ganges river in the northern Uttar Pradesh state of India that borders Nepal.

WHO
An independent panel reviewing the World Health Organization’s response to the coronavirus outbreak said on Wednesday that the pandemic was preventable. The report added that in order to halt a future deadly outbreak, the UN health agency should be given more authority and “guaranteed rights of access” to countries in order to investigate emerging outbreaks.

Cash, beer, doughnuts: Can incentives work to get people vaccinated? 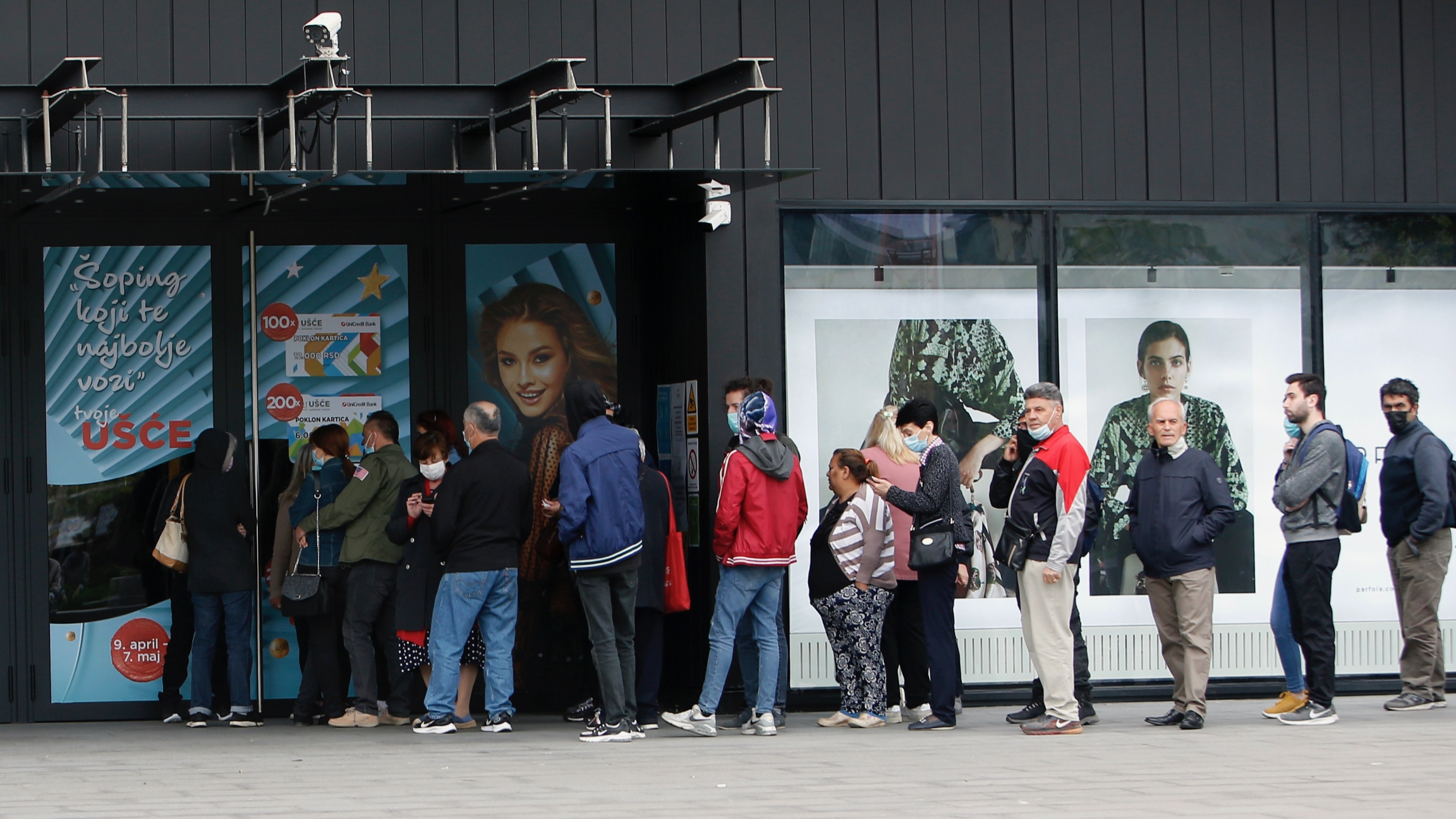 People queue to get vaccinated and to be one of 100 people to receive shopping coupons along with the jabs, in the Usce shopping mall in Belgrade, Serbia, May 6, 2021.

It’s hard to believe, but in a matter of weeks, some parts of the globe have gone from trying to get enough vaccines, to now having them, and trying to convince people to take them.

Serbia now has a surplus of vaccines and plenty of options, too. In response, last week, President Aleksandar Vučić made a bold offer: cash for shots.  As in, get vaccinated this month, and receive about $30.

‘They are not interested in peace, but power,’ says Afghan amb to the US on the Taliban 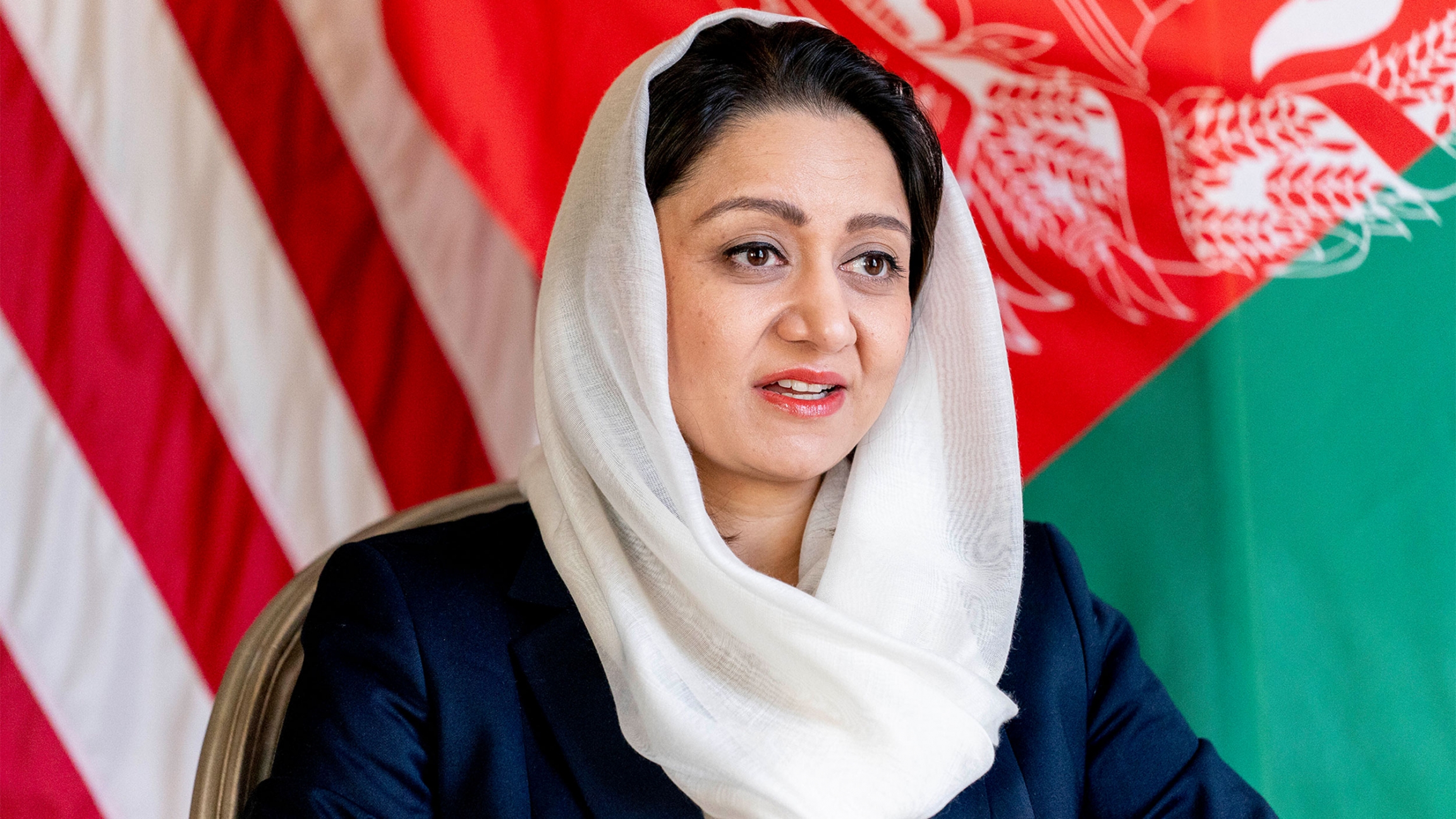 Afghan Ambassador to the US Roya Rahmani speaks during an interview at the Afghanistan Embassy in Washington, April 21, 2021.

In Afghanistan's capital, rattled by relentless bombings, Saturday's attack on a a girls’ school that killed 50 people was among the worst in recent history. Criticism has mounted over the lack of security and growing fears of even more violence as the US and NATO complete their final military withdrawal from Afghanistan.

The Afghan ambassador to the US, Roya Rahmani, spoke to The World's host Marco Werman about the security situation in Afghanistan, and the government's handling of it.

Drone footage has captured a couple of the always-fascinating North Atlantic right whales. This time, the images show what looks like could be a hug between two of the critically endangered creatures in Cape Cod Bay, Massachusetts.

Listen: Insecurity in Afghanistan rises as US troops pull out 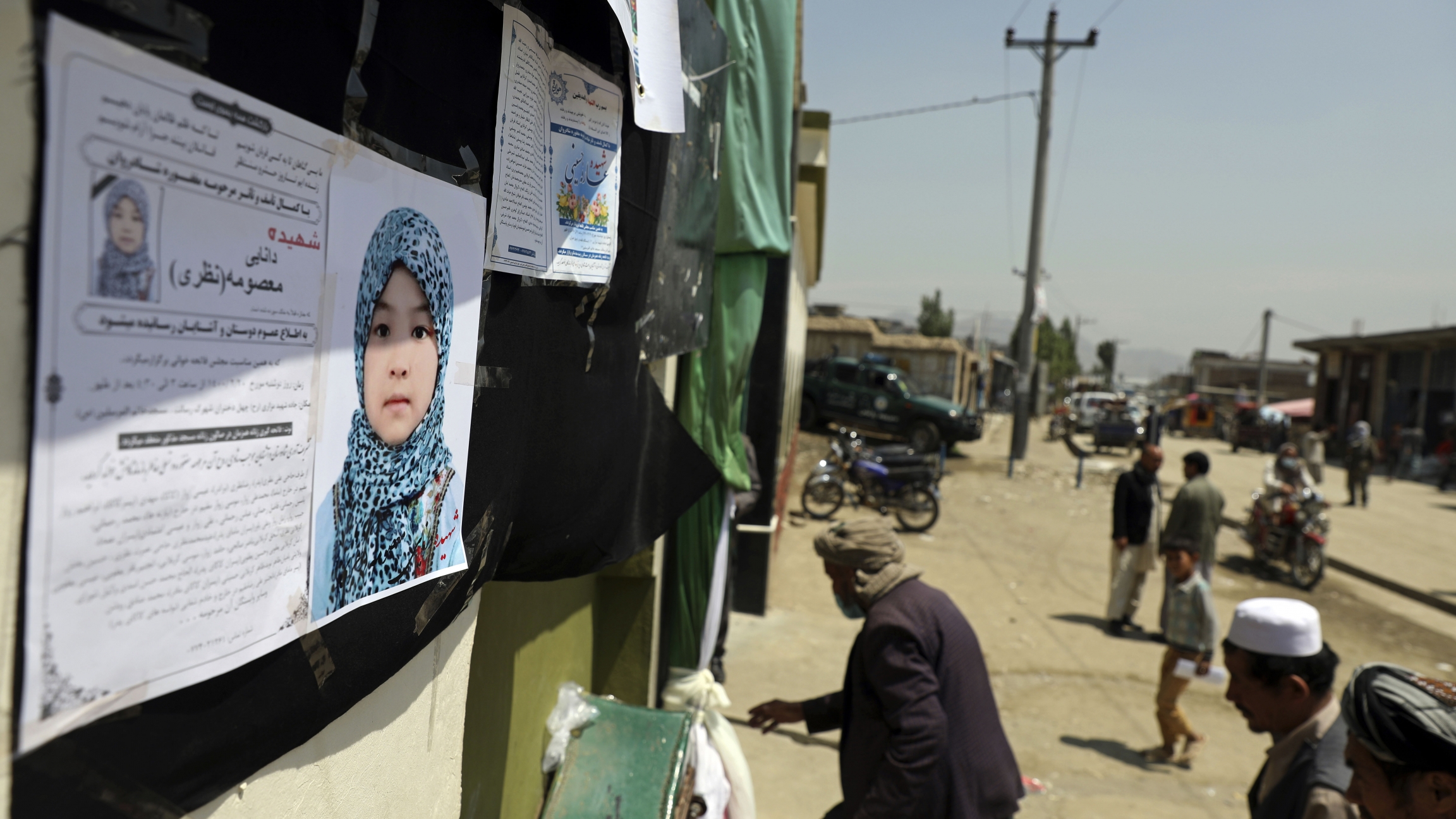 Afghans arrive at a memorial ceremony at a mosque in Kabul, Afghanistan for Masooma Nazari, a student who was killed by deadly bombings on Saturday near a school, May 10, 2021.

Insecurity in Afghanistan has been on the rise, and as the US pulls its troops out, things could get worse. Over the weekend, Afghanistan witnessed a horrific attack, in which dozens of schoolgirls were killed. In Nepal, the number of recorded coronavirus infections is doubling every three days. The country shares a long border with India, where a devastating outbreak has been raging. Also, at least 25 Palestinians were killed by Israeli airstrikes launched after Palestinian militant groups fired hundreds of rockets at Israel. And, Milan's famed opera house, La Scala, was silent for six months. Last night, 500 music lovers were able to hear a full orchestra.