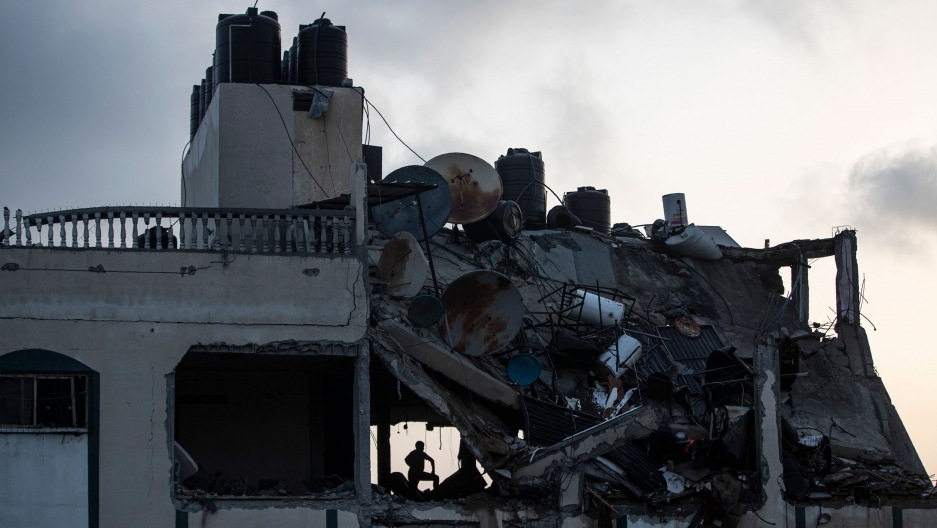 A Palestinian searches for survivors under the rubble of a destroyed rooftop of a residential building which was hit by Israeli missile strikes, at the Shati refugee camp in Gaza City, May. 11, 2021.

At least 24 Palestinians, including nine children, were killed overnight and 122 others were wounded in Israeli airstrikes in the Gaza Strip in a new round of escalating tensions, according to the Palestinian Health Ministry. The strikes were prompted by Hamas launching dozens of rockets from Gaza toward Israeli cities as far as Jerusalem. They wounded 56 people and killed two in the coastal city of Ashkelon, Israeli officials said.

The fighting erupted after days of clashes in east Jerusalem over possible evictions of Palestinian families in the Sheik Jarrah neighborhood. Violence on Monday between Palestinian worshippers and Israeli police in and around the Al-Aqsa mosque led to hundreds of Palestinians injured along with 21 Isreali police.

US Secretary of State Antony Blinken urged both Israel and the Palestinians to lower tensions while several Arab nations, including Jordan, Saudi Arabia, the UAE and Oman called on Israel to respect international law and the right of peaceful worship.

The COVID-19 variant first identified in India has been designated a global concern by the World Health Organization. The B.1.617 variant “suggests increased transmissibility” in preliminary studies, Maria Van Kerkhove, WHO technical lead on COVID-19, said in a briefing. India’s health system is buckling under the strain of a surge of infections, increasing pressure on Prime Minister Narendra Modi to impose a nationwide lockdown.

The US food and Drug Administration (FDA) has expanded the use of the Pfizer-BioNTech COVID-19 jab to children as young as 12. The FDA declared the vaccine is safe and offers protection based on testing of more than 2,000 volunteers aged 12 to 15 in the US. Vaccination could start as soon as Thursday, allowing states to get middle school students vaccinated before the fall semester begins. 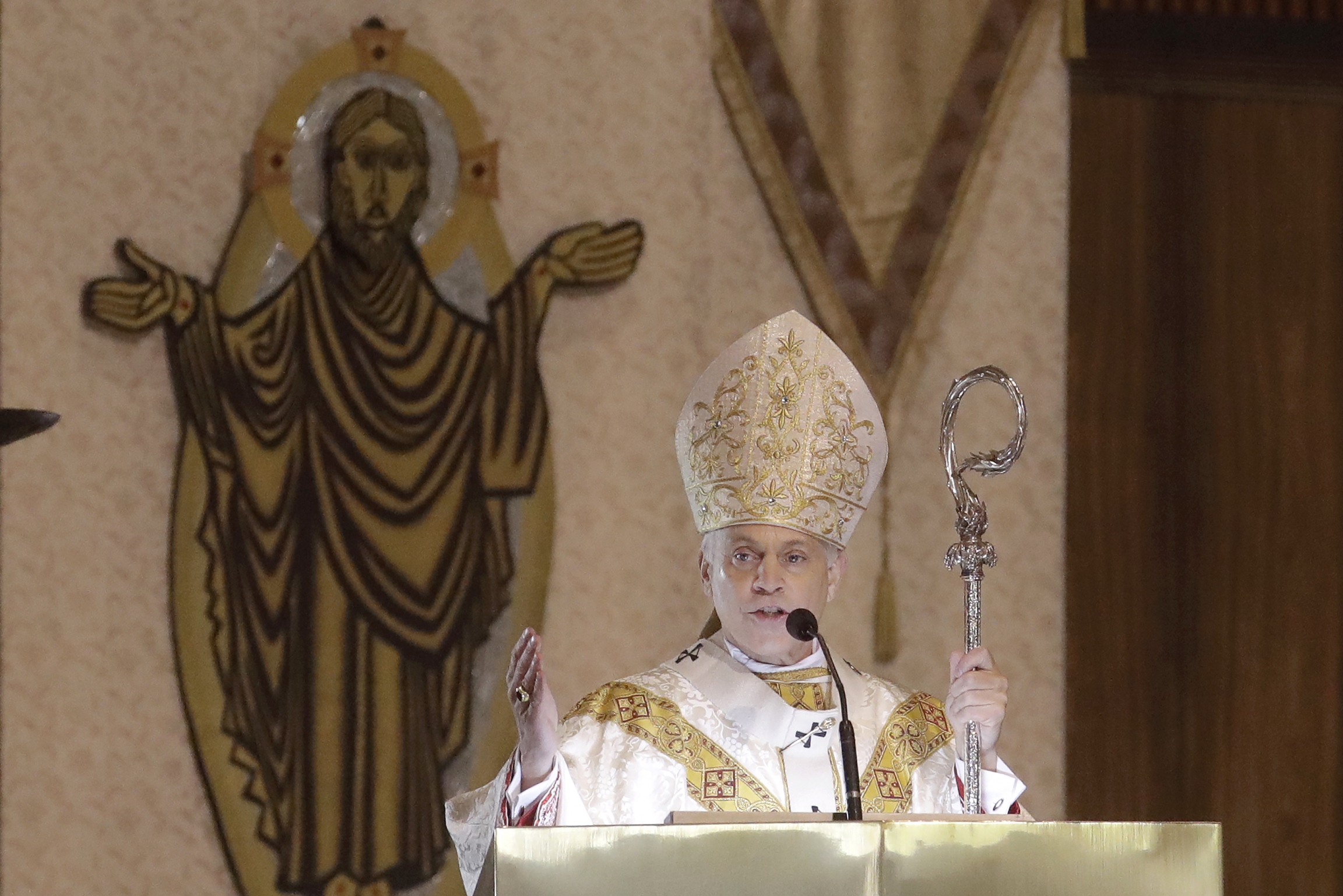 San Francisco Archbishop Salvatore Cordileone celebrates Easter Mass, which was live-streamed, at St. Mary's Cathedral in San Francisco, April 12, 2020. Cordileone hopes his fellow bishops, at their upcoming national meeting in June, will agree to send a strong message of disapproval to Catholic politicians who advocate for abortion rights.

Most US Catholics believe President Joe Biden should receive Communion, despite his stance on abortion. The push by conservative US bishops to deny him the Eucharist may have more of an impact in other countries.

“I think the point there is how influential the US Conference of Catholic Bishops is globally,” said Amanda Ussak, international program director for the group Catholics for Choice. “The USCCB is one of the most conservative national conferences around the world — what they say influences the lives of people all over the world.” 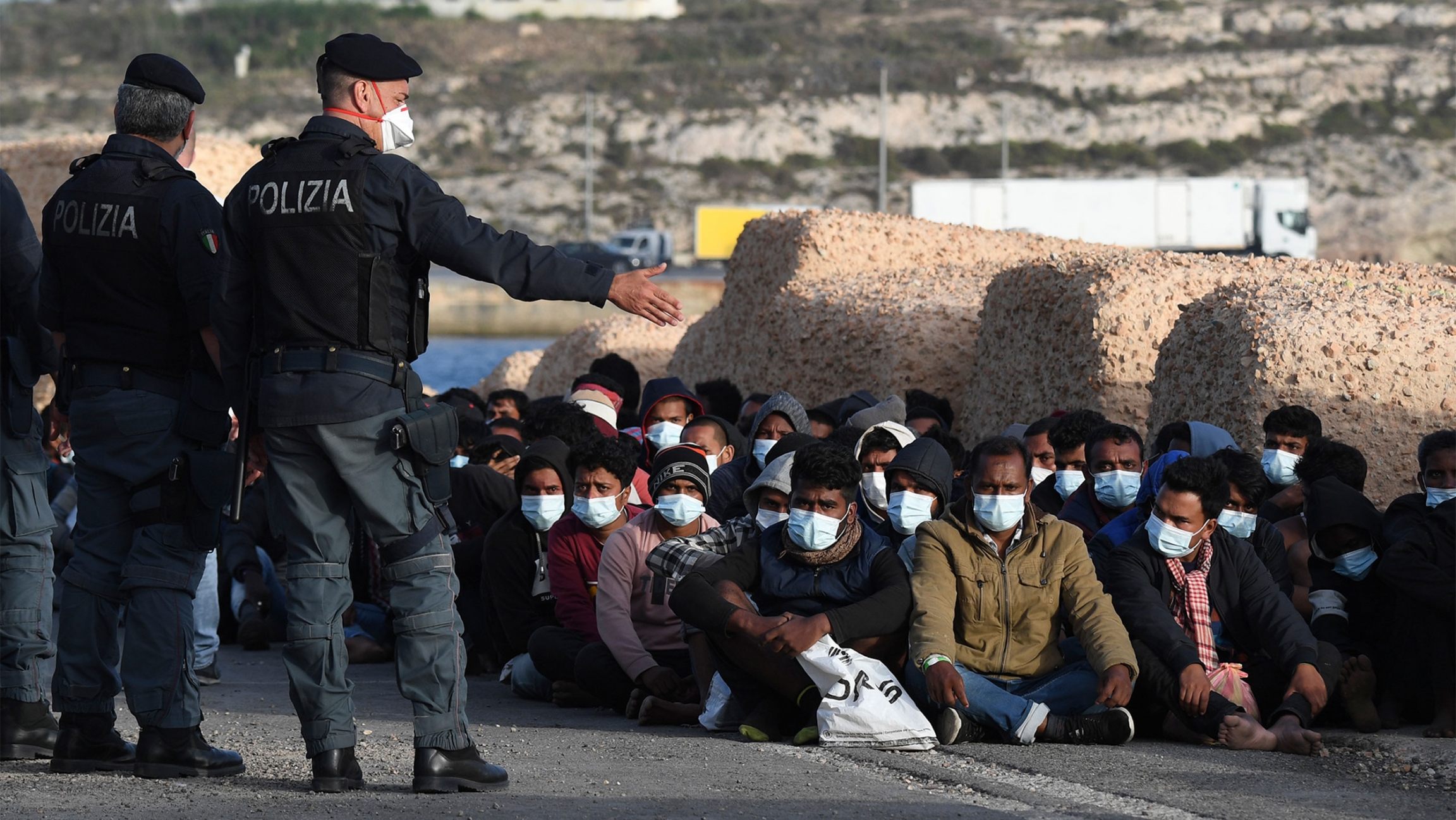 Migrants wearing face masks to curb the spread of COVID-19 sit at a pier as Italian police officers stand by, on the Sicilian island of Lampedusa, southern Italy, May 10, 2021.

Migrants continue to risk their lives by embarking on perilous journeys by boat across the Mediterranean. What’s worse, many say they prefer death to being returned to the places they’re fleeing.

Starting on May 17, England will be easing lockdown measures and that means hugs are back. It may seem like a small thing but health experts say hugs and human touch have major social, psychological and biological benefits (🎧). 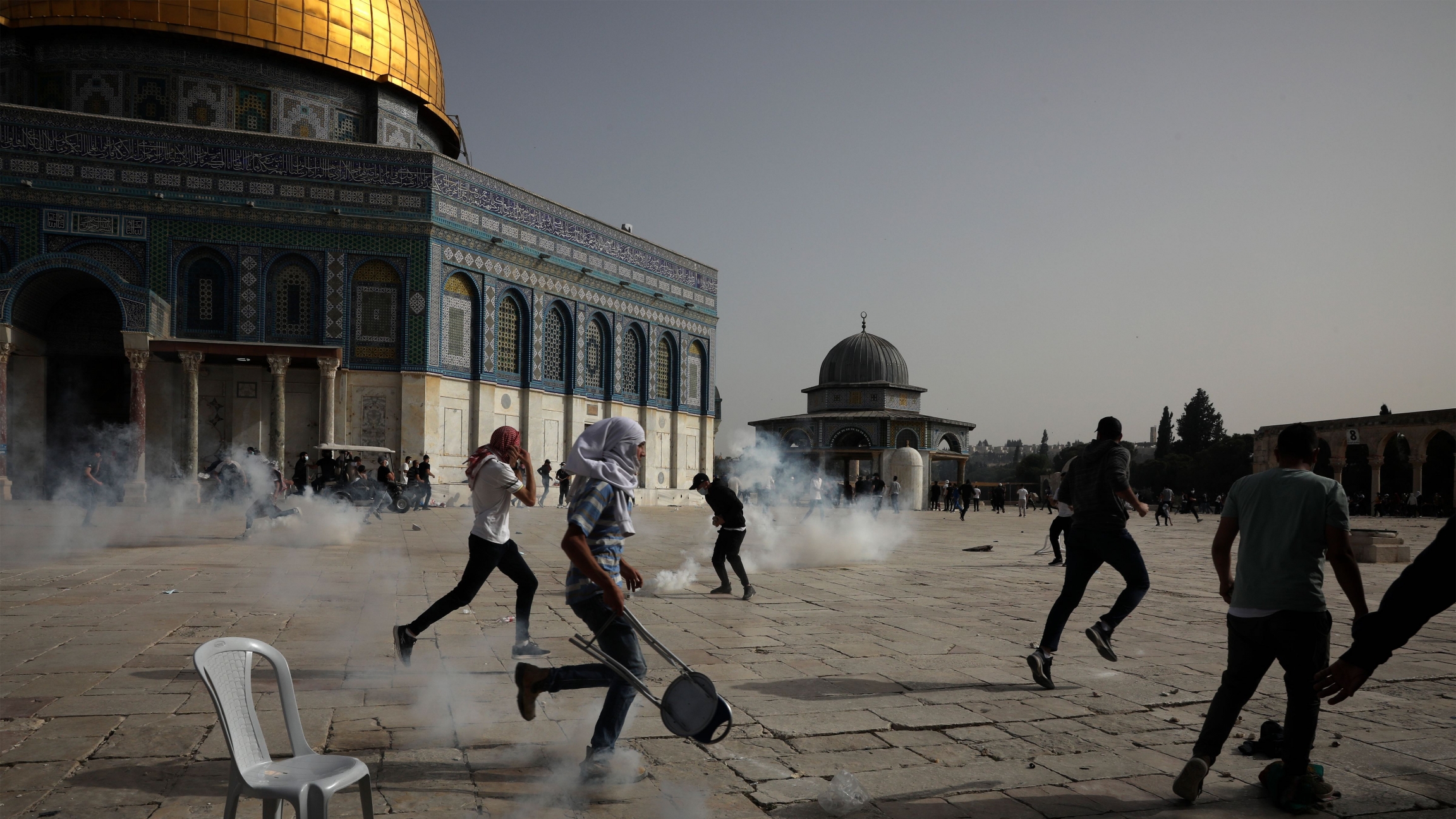 Palestinians run away from tear gas during clashes with Israeli security forces at the Al-Aqsa mosque compound in Jerusalem's Old City, May 10, 2021.

Hundreds of Palestinians were injured as Israeli police stormed the Al-Aqsa mosque in Jerusalem. The latest clashes come as Palestinians protest court-ordered evictions in the east Jerusalem neighborhood of Sheikh Jarrah. New Zealand is the latest nation to make a declaration about human rights abuses against Uyghur people in China. And trillions of cicadas that have been maturing underground for 17 years are starting to emerge in the eastern US.