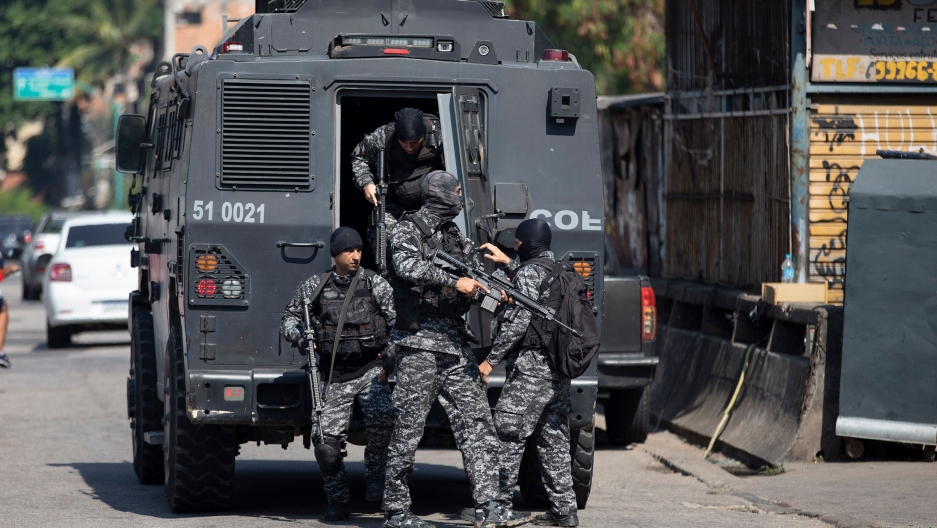 Police get out of an armored vehicle during an operation against alleged drug traffickers in the Jacarezinho favela of Rio de Janeiro, Brazil, May 6, 2021.

Police in a Rio de Janeiro slum engaged in an hourslong gunbattle Thursday targeting drug traffickers and leading to the death of at least 25 people, including one officer. The raid in the Rio de Janeiro Jacarezinho favela in the north of the city, which police authorities say was the result of a “long and detailed” investigation, targeted the Comando Vermelho, or Red Command, criminal organization.

Human rights activists accused the police of using excessive force, and called the raid one of the deadliest in Rio de Janeiro's history. Critics of the raid are also asking why the raid occured in the first place after a Supreme Court ban on law enforcement raids in the city during the pandemic.

Amnesty International and Human Rights Watch are pushing for an investigation into the operation and the possible occurrence of summary executions. “Even if the victims were suspected of criminal association, which has not been proven, summary executions of this kind are entirely unjustifiable,” said Jurema Werneck, Amnesty’s executive director in Brazil.

For the third time in May, health officials in India reported more than 400,000 coronavirus infections in a 24-hour period — a record global high. India is struggling to contain a deadly second wave of the virus, which is pushing the country’s hospitals to the breaking point, with no signs of the surge of infections abating. Indian Prime Minister Narendra Modi on Friday faced growing pressure to impose a nationwide lockdown as the South Asian country now has the highest national daily death toll just below the United States. More than 3,900 deaths from COVID-19 were recorded on Thursday in India.

A discarded section of a Chinese rocket is set to fall back to Earth as early as Saturday in an uncontrolled reentry. Chinese officials say its Long March 5B rocket, launched in April to carry parts for constructing the country’s future space station into orbit, does not pose a threat to people or property. But, the unknown landing location of the rocket module has raised concerns around the world. US Defence Secretary Lloyd Austin said the Pentagon was tracking the module, but that the US isn’t planning to shoot it down. Officials are hopeful that the rocket debris will fall into the ocean. 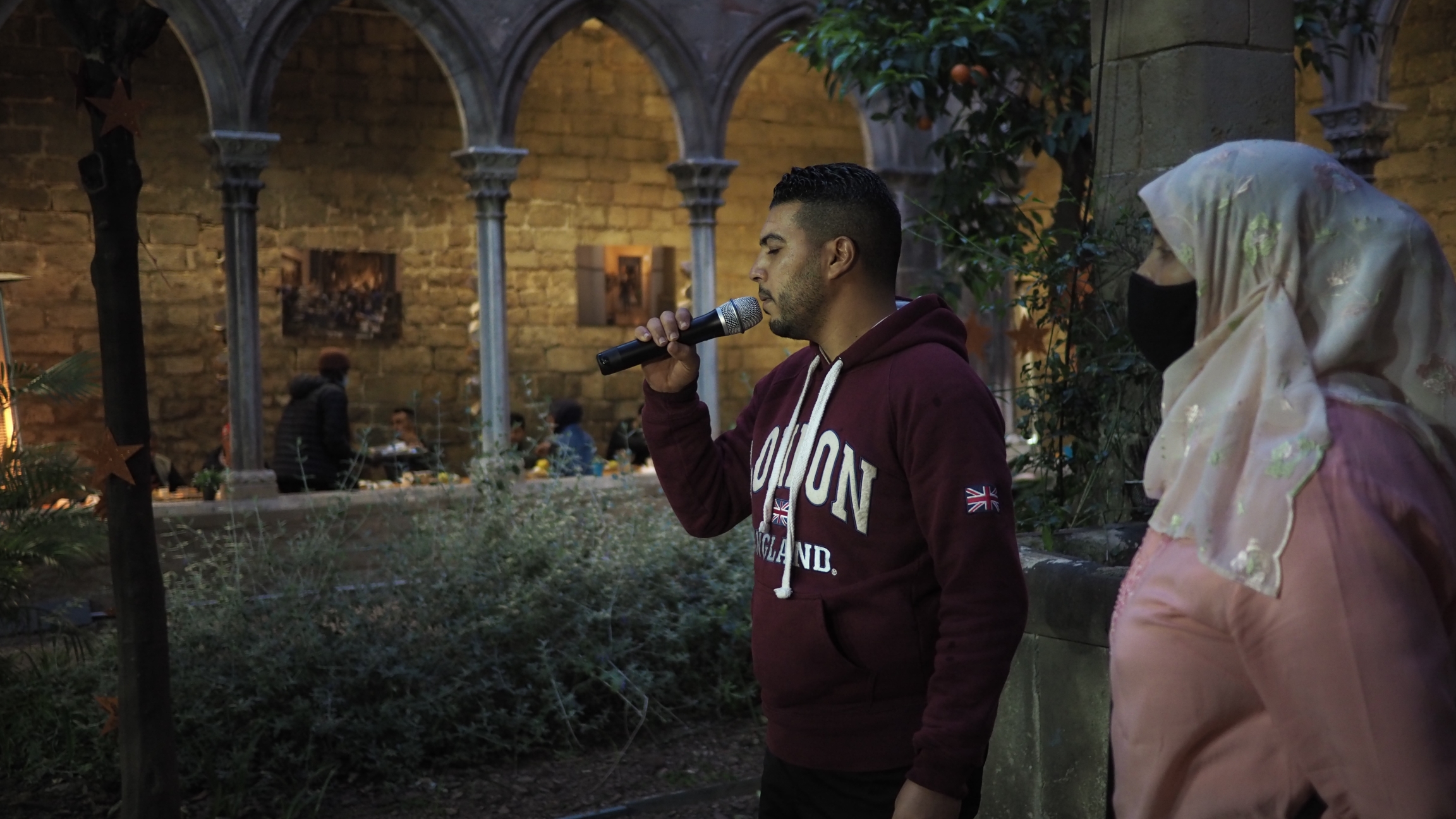 A Catholic church in Barcelona's Old City is opening its doors to Muslims during Ramadan for the nightly iftar meal.

Due to COVID-19 restrictions, many of Spain’s 2 million Muslims are having iftar, the traditional meal at nightfall during Ramadan, alone. But Barcelona's Santa Anna Church has opened up its courtyard to keep the festive tradition alive.

As Europe plans to reopen, travelers must read the fine print 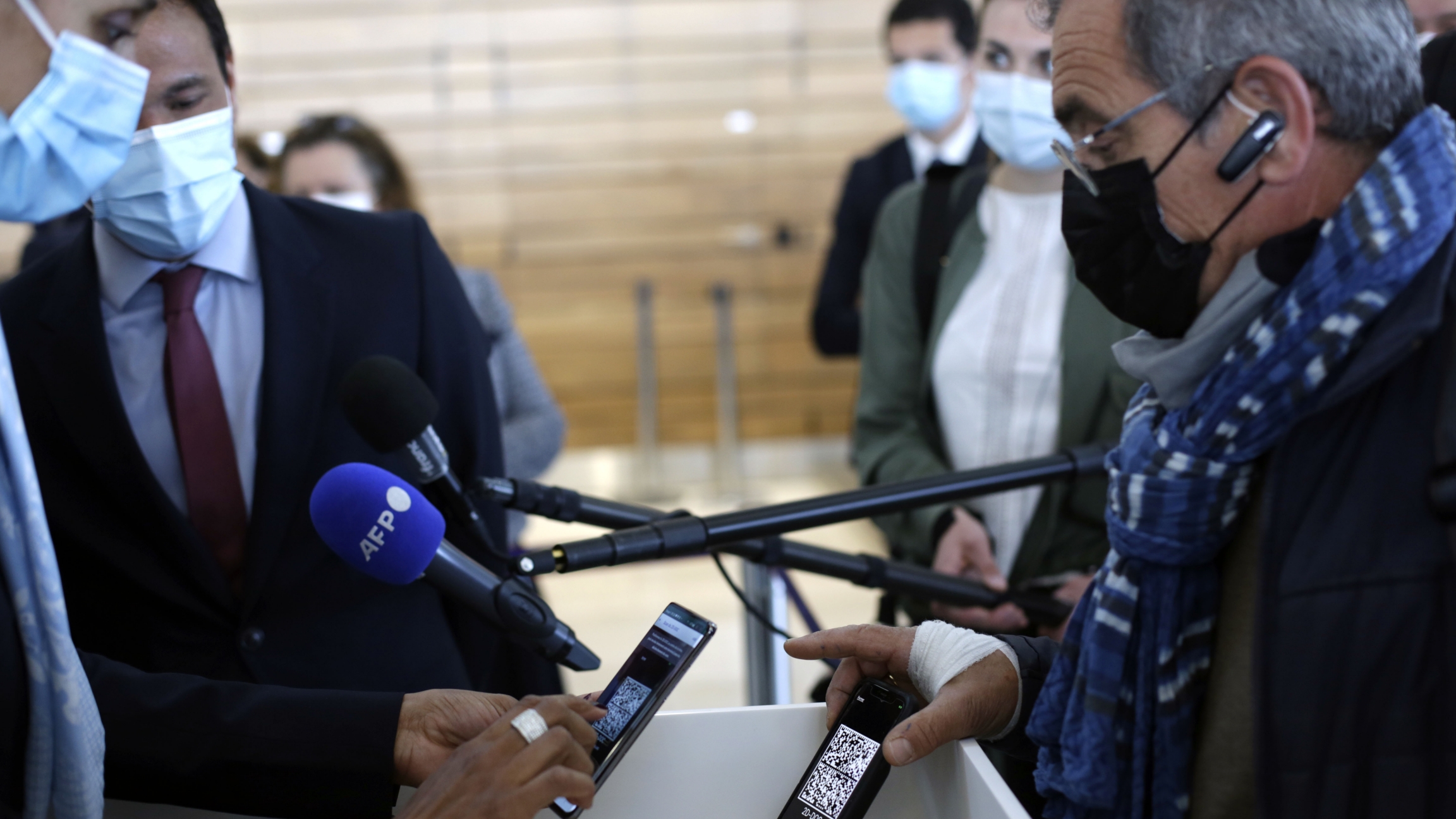 A passenger shows his mobile phone with an uploaded antigen and PCR test prior to board at the Paris-Orly airport, April 27, 2021. A European measure could allow EU residents to travel across the 27-nation bloc this summer via a digital certificate.

After a year of travel restrictions, the EU commission has laid out plans that could see the continent open its borders by June. But several COVID-19 rules and restrictions will still apply.

Scientists say they've been able to train bees to identify COVID-19.  Researchers at Wageningen University's bio-veterinary research laboratory conducted an experiment on more than 150 bees. Every time the bees were exposed to the scent of a mink infected with the coronavirus, they were given sugar-water solution as a treat. Eventually, the bees could identify an infected sample within a few seconds.

Bees Have Been Trained to Smell COVID-19 And Identify a Case Within Secondshttps://t.co/7GA7FpRU9r

Listen: US to engage in talks on COVID-19 vaccine patent waiver 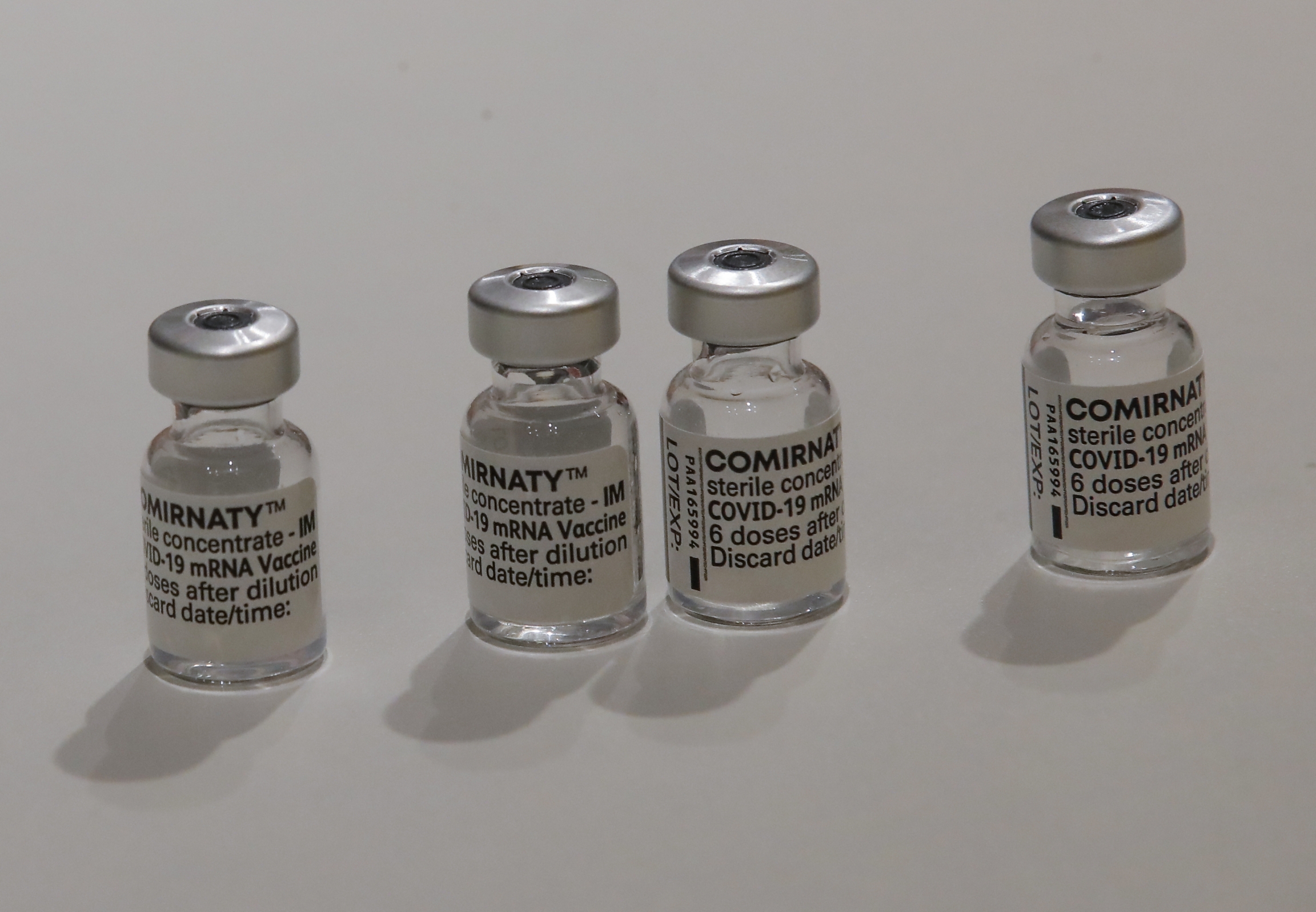 Pfizer COVID-19 vaccine doses are pictured at a new giant vaccination center run by the Paris Fire Brigade, May 6, 2021. France joined the United States on Thursday in supporting an easing of patent and other protection on COVID-19 vaccines that could help poorer countries get more doses and speed the end of the pandemic.

In a major policy shift, the US announced it would support the COVID-19 vaccine patent waiver efforts and engage in negotiations over the specifics. But many in the vaccine industry warn that a waiver does not address the underlying problem of vaccine shortages. And, the European Union and the United Nations are expressing concern over police violence against protesters in the Colombian city of Cali, where officers have killed and injured several protesters this week. Also, is nudism experiencing a renaissance during lockdown? One society of nudists in the UK says they’ve experienced an uptick in interest during the pandemic.