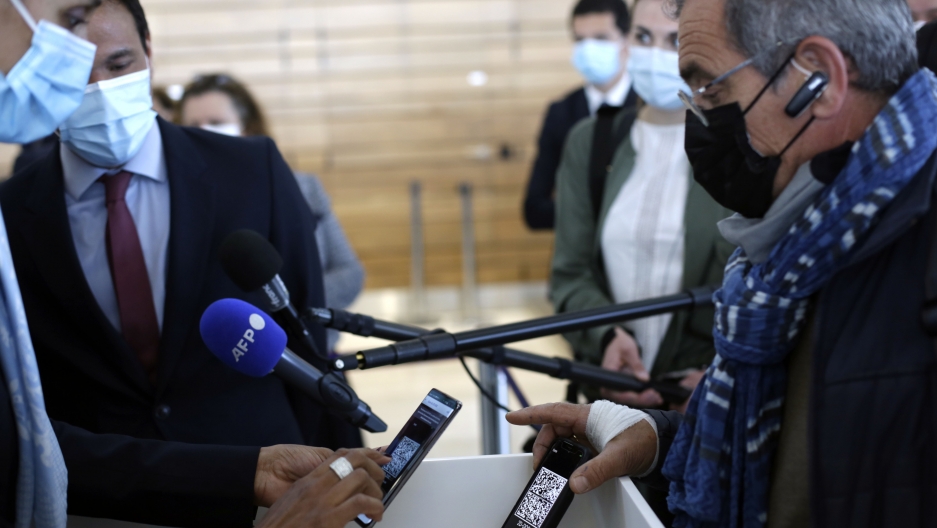 A passenger shows his mobile phone with an uploaded antigen and PCR test prior to board at the Paris-Orly airport, April 27, 2021. A European measure could allow EU residents to travel across the 27-nation bloc this summer via a digital certificate.

As European leaders review plans to open up the continent for tourism, the news comes like “light at the end of a long tunnel,” said hotelier Mark Gauci.

The Maltese hotel owner runs The Barrister hotel, a boutique hotel in the country’s capital, Valletta.

Related: Will the Taiwan-Palau 'travel bubble' serve as a new model for international travel? 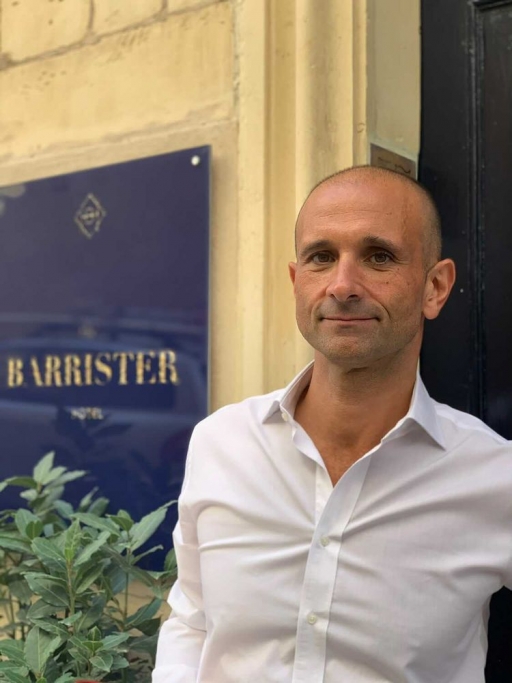 Mark Gauci is the owner of The Barrister, a boutique hotel in Valletta, Malta.

The hotel only opened its doors in 2019, and a few months later was named top hotel in Valletta by the popular website Booking.com. Then, the pandemic hit and Gauci said business was wiped out.

“In less than three weeks I think, we went from a full house to having to close because we had zero guests. … It was ...disappointing, is not the word, I mean, it was shell-shocking.”

The Commission is recommending that European nations welcome fully-vaccinated tourists and those from countries with low infection rates. But the vaccines must be EU-approved, which currently rules out Russia’s Sputnik V vaccine and the Sinovac jab from China.

Professor Wolfgang Georg Arlt, from the China Outbound Tourism Research Institute in Germany, said he was alarmed when he first heard the news.

“At the first moment, it looked like, oh, my God, that means everybody can come except the Chinese, because the Chinese vaccine has not been yet approved by the EU,” he said.

But within hours, the EU announced that Sinovac is soon to be reviewed by the European Medicines Regulator.

Arlt believes that the vaccine will be approved at about the same time Europe is opening its doors to tourists. Visitors from China are hugely important to Europe’s tourist industry, coming second only after the US.

However, Chinese tourists may still be reluctant to travel to the continent.

Some EU member states continue to struggle to contain a third wave of the virus, and Europe’s vaccination rollout has been beset with delays. It’s also unclear what travel restrictions China’s government will impose on its citizens. Even if China allows its citizens to holiday in Europe, quarantine may be mandatory on return.

The Chinese government is proud of how it has tackled the pandemic, said Arlt, and will have to strike a delicate balance over how much foreign travel it permits.

Right now, only Australia, New Zealand, Rwanda, Singapore, South Korea and Thailand are on a green list allowing for nonessential travel into the EU.

Israel is expected to be added to the list.

Asked about whether the UK and US will be included, an EU official said, “The UK, question mark, the US, for the time being, not quite.”

But he said that they are watching “how quickly the situation in the US is evolving, notably for the rate of vaccination," indicating that a blanket ban on American tourists may soon be lifted.

Related: US State Department warns against travel to 80% of the world due to COVID-19

The proposals also include a so-called emergency brake, which would allow EU nations to reimpose travel bans on countries where risky new variants emerge. In addition, the EU is planning on introducing "Digital Green Certificates," which would allow unvaccinated tourists to travel. They would need to show a negative COVID-19 test result or proof of immunity from previous infection.

Related: The EU proposes certificates to ease travel during the pandemic 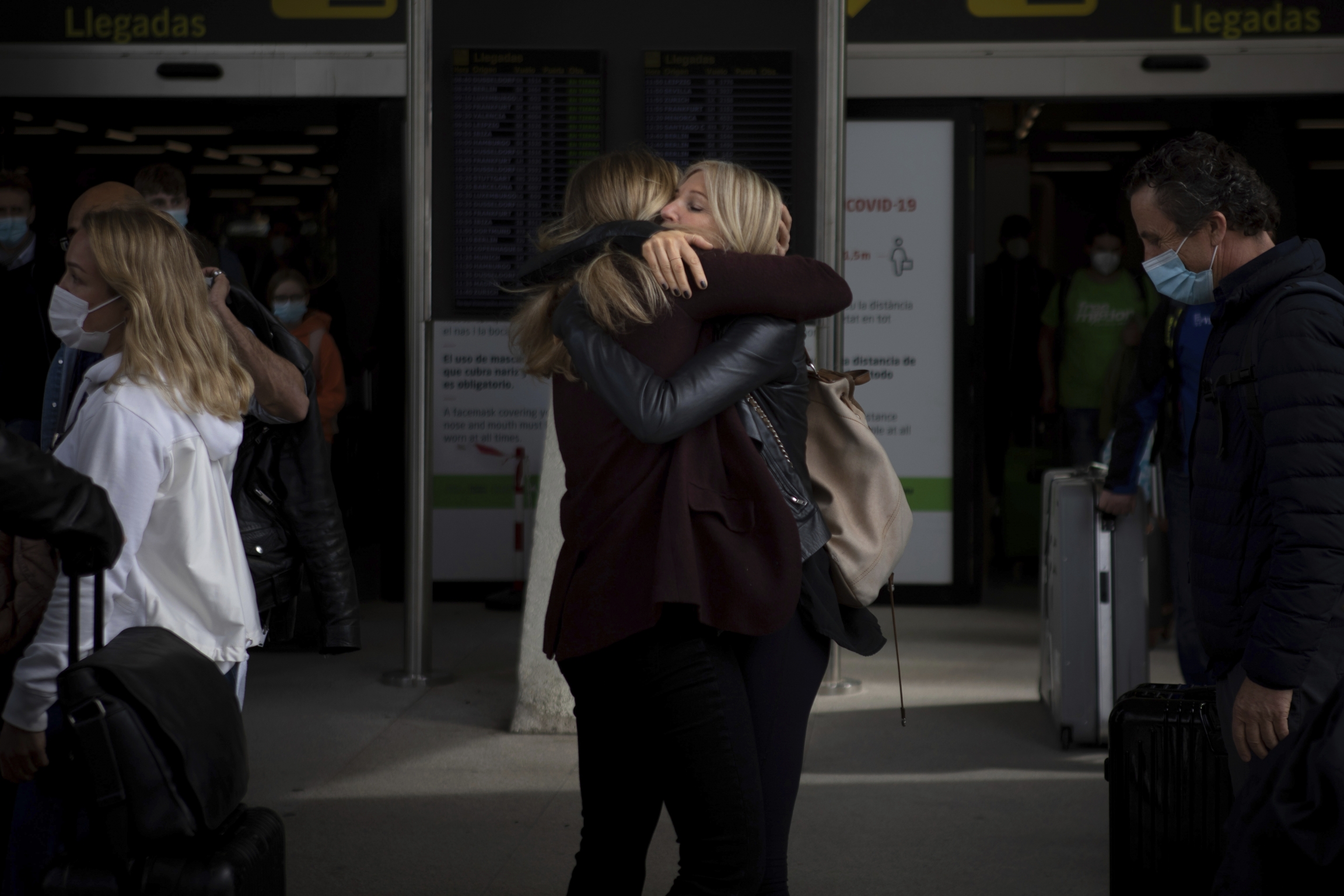 “There have to be options for traveling. There can't be mandatory vaccine certificates, because there are those who won't have that vaccine. It's vital that countries make it as easy as possible to enable travelers to get through the borders,” Charles said.

EU member states can also decide individually whether to ban tourists from certain countries. Charles said anyone planning to go on holiday to Europe this summer needs to do their research before they book their flight.

“You're going to need to be a bit of a detective, a bit of a sleuth, to work out which countries are going to let you in more easily than others. Not every country is going to open up overnight."

“You're going to need to be a bit of a detective, a bit of a sleuth, to work out which countries are going to let you in more easily than others. Not every country is going to open up overnight,” said Charles.

Airlines and airports also need plenty of advance notice to be ready to reopen for the tourist season, Charles said. London’s Heathrow airport has already seen passengers lining for up to six hours because of COVID-19 checks, even while foreign travel is banned from the UK.

Maltese hotelier Mark Gauci said, if the tourist season is to succeed this summer, all sectors need to pull their weight.

“It is a chain. So there's no point in trying to invite people over if services aren't going to be available, or if there [are] not going to be enough flights. It needs to be a concentrated effort."

“It is a chain. So there's no point in trying to invite people over if services aren't going to be available, or if there [are] not going to be enough flights. It needs to be a concentrated effort,” Gauci said.

The industry employs about 13 million people and accounts for 10% of the region’s gross domestic product.

The Malta Tourism Authority is planning a novel way to encourage people to visit. Pay them up to $240 each if they stay for longer than three days. Gauci said while his hotel isn’t included in the plan, he welcomed the measure because of the worldwide publicity it generated.

This week’s announcement by the EU Commission has given him renewed optimism, he said, that a busy summer season could lie ahead.

“I can see the light at the end of the tunnel, Gauci said, now let's just hope it doesn’t go out again."