On a sunny Spring afternoon in Coldstream, Scotland, Malcolm Campbell stands on the pebbly shore of the River Tweed, trying to snare a salmon or some trout.

On the other side: England.

For almost as long as he’s been fishing in this village in the Scottish Borders, Campbell has dreamed of an independent Scotland. He supports the Scottish National Party (SNP), the major governing party for the last 14 years.

“The word ‘nationalist’ almost makes you sound like a terrorist. ... People often kept quiet about it. The SNP used to be classed as a fringe lunatic party — but look at them now.” 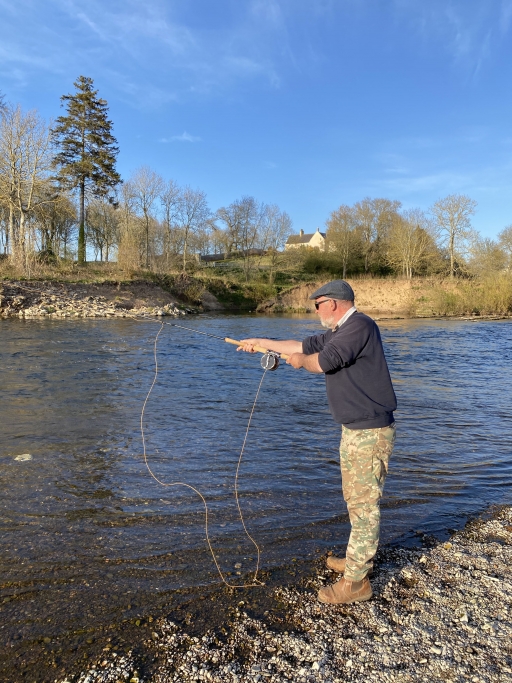 “The word ‘nationalist’ almost makes you sound like a terrorist.” Campbell said. “People often kept quiet about it. The SNP used to be classed as a fringe lunatic party — but look at them now.”

In a 2014 referendum on the matter of Scottish independence, 55% of voters decided to stay part of the United Kingdom. In the days leading up to the referendum, the English press reflected panic at the growing “Yes” poll lead.

Under pressure from then-Prime Minster David Cameron, businesses started warning of the consequences of independence, including the moving of banking headquarters and the increase in prices of clothing and food, part of which ended up reclaiming votes against independence.

But since Brexit and the election of Boris Johnson — who most Scots don’t like and didn’t vote for — support for independence has climbed. Some polls suggest that pro-independence parties could gain a narrow majority in the Scottish parliament on Thursday, keeping the issue of a second referendum on the agenda.

Boris Johnson says the matter is settled and he will refuse to grant permission for a second vote, whatever the election result.

“Brexit was really an English referendum. They wanted out, so out we came. They can’t say we can’t have another referendum when the circumstances have changed,” said Campbell.

The Scottish government has pledged to rejoin the European Union after independence, but some people in Coldstream fear that could create a hard border with England.

John Greenwell, Conservative Party councilor for the town, took a moment while sitting next to a monument of the Coldstream Guards, to talk about the town's history:

“People have family that live in Cornhill, which is only a mile down the road in England. We have business people that live in England, but have their business here in Coldstream. Would they suddenly become foreigners to us?” 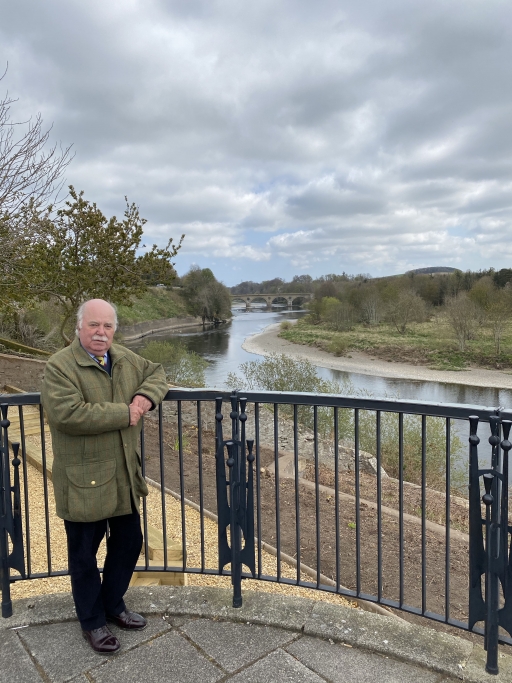 John Greenwell is Coldstone's Conservative Party councilor and a supporter of Scotland staying within the UK.

“We actually have a population that straddles the border,” he said, pointing to England on the horizon. “People have family that live in Cornhill, which is only a mile down the road in England. We have business people that live in England, but have their business here in Coldstream. Would they suddenly become foreigners to us?”

With a little over a 100,000 people, the Scottish Borders is one of Scotland’s most rural and sparsely populated areas. In the 2014 referendum, support for independence was strong in central Scotland, but here, it was opposed by two-thirds of voters, many of whom feel alienated by the movement.

“People that live in the central belt don’t quite get it; they don’t quite understand the difference of living right near the border,” said Greenwell, originally from England, and who served in the British Army before moving to Coldstream 12 years ago. “It’s stepping into the unknown that worries people here.”

For the last 20 years, Scotland’s Parliament has been given increasing autonomy to legislate over areas like the economy, education, policing and taxation. Throughout the pandemic, Scotland has sometimes diverged from UK lockdown policy and the Scottish government briefly closed its borders to nonessential travel to and from England.

Some may argue a border of sorts is already in place, but Prime Minister Boris Johnson disagrees, telling Parliament in July last year:

“There is no such thing as a border between England and Scotland.”

Friends John Elliot, Will Murray and Trevor Swan — retirees who form part of the Coldstream Historical Society — can vividly recount the village’s proximity to the blood-soaked 16th-century battle of Flodden between Scotland and England. 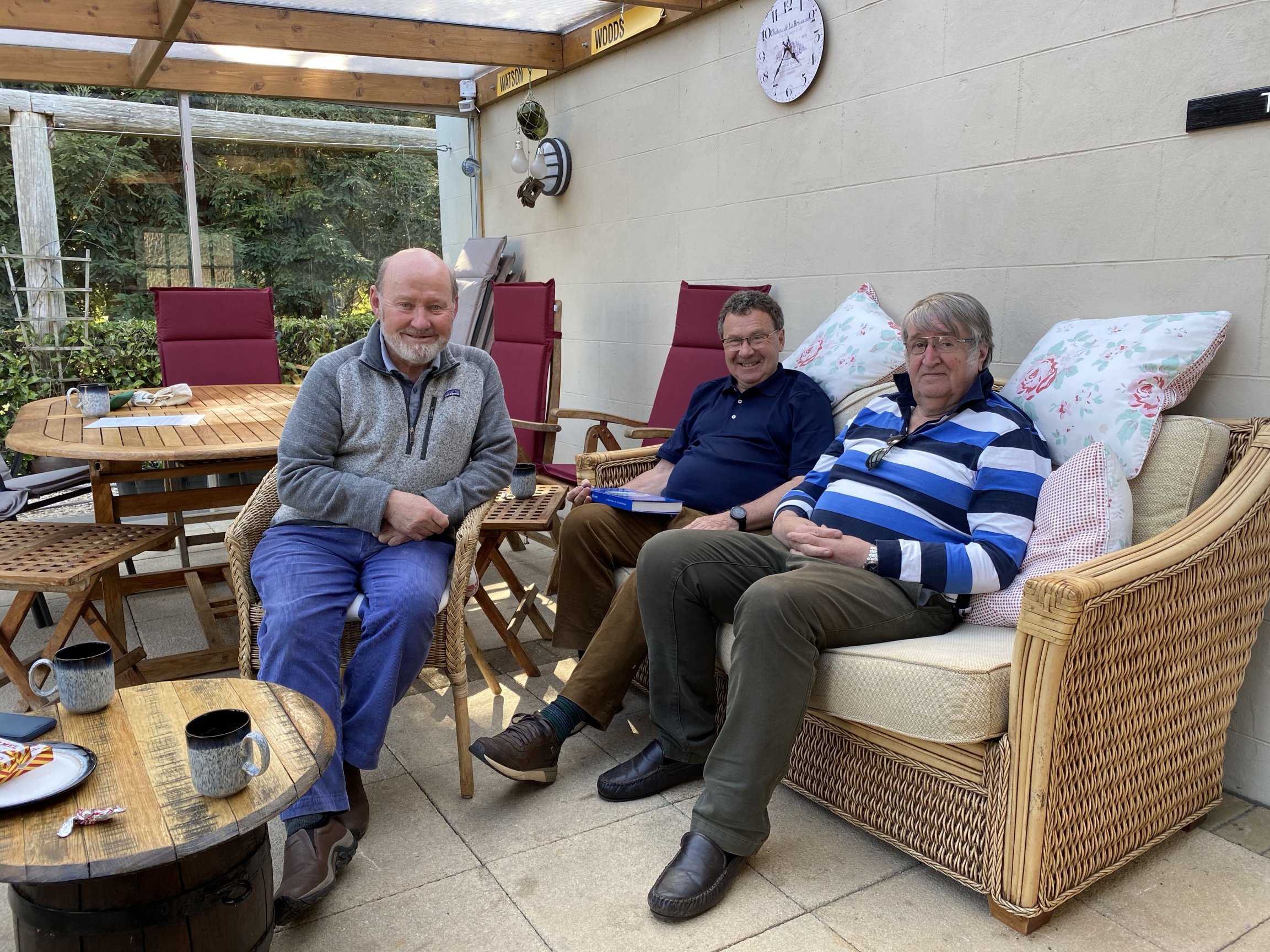 Elliot said that despite the enduring differences thrown up by the river border, the mixed English-Scottish community gets on fine.

“We’ve lived cheek by jowl for centuries... Remember, we’re only a stone’s throw away, and despite the passage of centuries, that remains the same.”

“We’ve lived cheek by jowl for centuries, and intermarriage is commonplace, and yet this side of the border is fiercely Scottish in terms of its traditions and customs, as is the other side of the border fiercely English in its traditions and customs. Remember, we’re only a stone’s throw away, and despite the passage of centuries, that remains the same.”

But inevitably, the topic of independence bubbles to the surface. Murray is a proud Scottish nationalist and doesn’t see the threat of a border.

“I can’t think it will make a difference. There’s no hard border between Northern Ireland and Ireland,” Murray said.

Elliot is more skeptical and sees too much risk.

“There’s no guarantee, it’s just hoping for the best.”

Swan, born just a mile away in England, sits on the fence regarding the merits of independence, but thinks it’s likely.

“Within 10 years, Scotland will be independent, Northern Ireland and Wales could well be, too.”

“Within 10 years, Scotland will be independent, Northern Ireland and Wales could well be, too.”

The discussion was good-humored, but Elliot warned that the issue can raise tension.

“The whole issue is extremely divisive. It’s divided this nation down the middle.”

“So did Brexit.” Murray chipped in.

Kirsty Hughes, director of the independent think tank Scottish Centre on European Relations, said that a border will be inevitable if Scotland joins the EU.

“If you’re a member state of the EU, you sign up to the EU’s trade policy. I think Brussels would certainly demand it."

“If you’re a member state of the EU, you sign up to the EU’s trade policy. I think Brussels would certainly demand it,” she said.

But Scots and the English probably won’t have to show their papers to cross it.

“What we expect is that an independent Scotland will be part of something called the Common Travel Area, which at the moment encompasses the UK and the Republic of Ireland. That means British and Irish citizens have the right to travel freely to each other’s countries, to live there, to work there, even to vote there.” 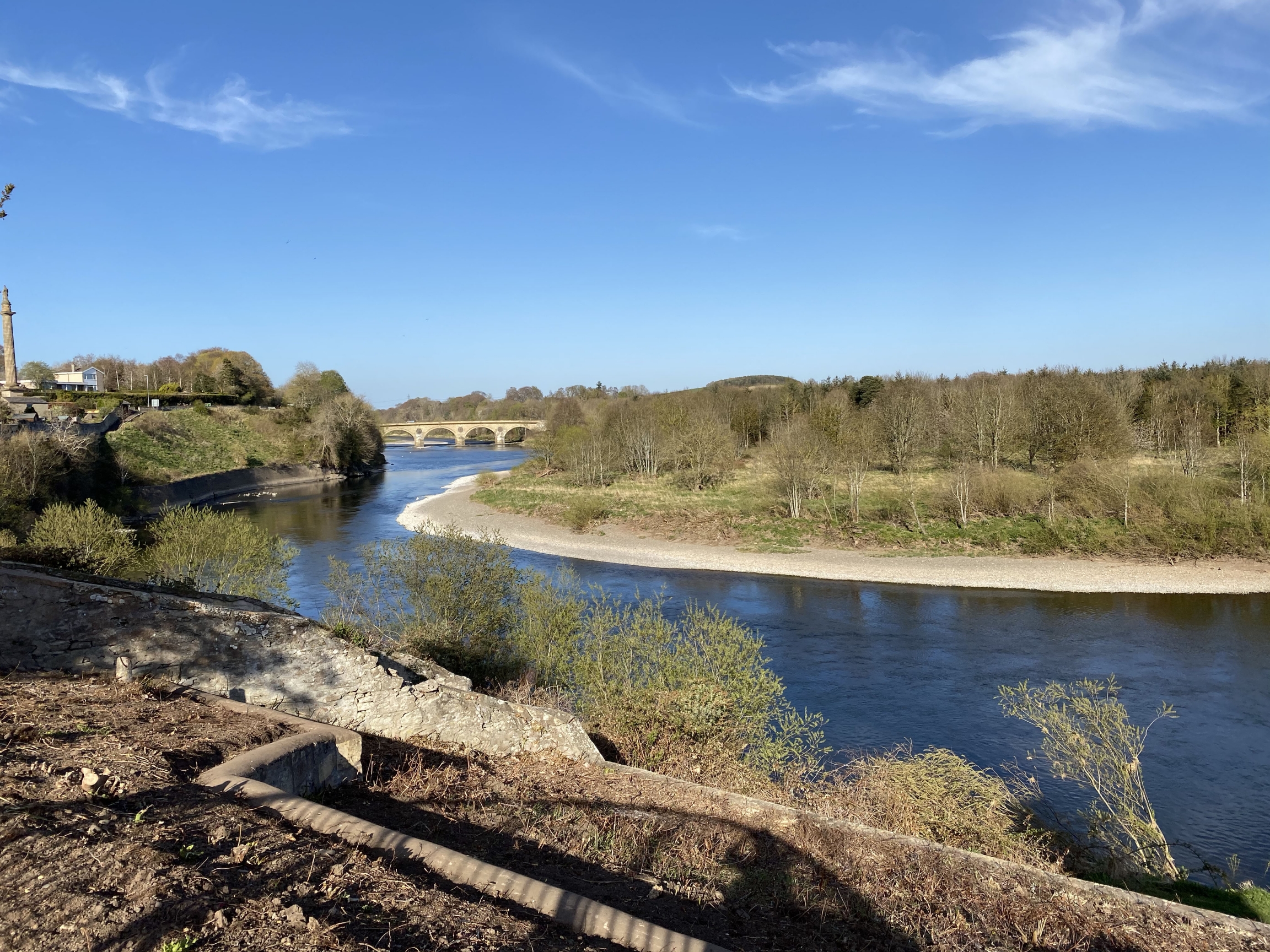 The bridge passing over the River Tweed, demarcating the border between England and Scotland.

Would EU membership make up for the potential trade disruption with England?

“It would open up Scotland to the EU single market and trade deals. But a border with England would be a negative cost, and you would lose some budget subsidies from London," Hughes said. To make an economic case for independence, Scotland has to set how it might restructure its economy and export more to Europe, she continued.

"What’s quite surprising in the Scottish debate is the lack of such studies."

But Campbell thinks the status quo is unfair, with Scotland’s 5 million people at the mercy of political decisions made by its much larger neighbor, England.

And if a border is the cost of independence, then so be it.

“We don’t stand a chance. The United Kingdom is not a union of equals.”

Correction: An earlier version of this story contained a name misspelling. It has been updated.