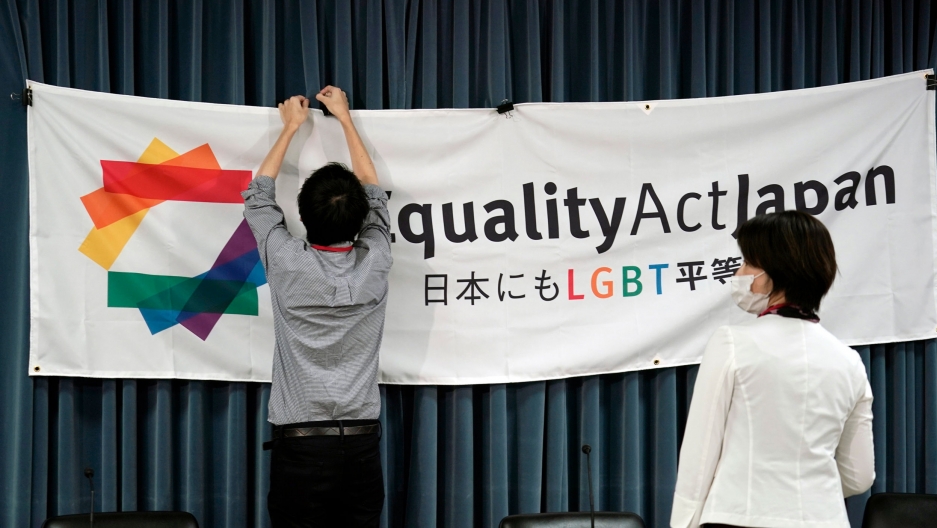 A staff member adjusts a banner for a press conference to launch international signature campaign for the enactment of the "LGBT Equality Law" as a legacy of the Tokyo Olympics Oct. 15, 2020, in Tokyo.

Olympic Charter rules explicitly ban “discrimination of any kind” at the Games, including discrimination based on sexual orientation.

But Japan, set to host the Tokyo Olympics this summer, doesn’t have any national anti-discrimination laws for the LGBTQ community. Two different bills — one from opposition parties and one from the ruling party — have now been written for submission to the House of Representatives.