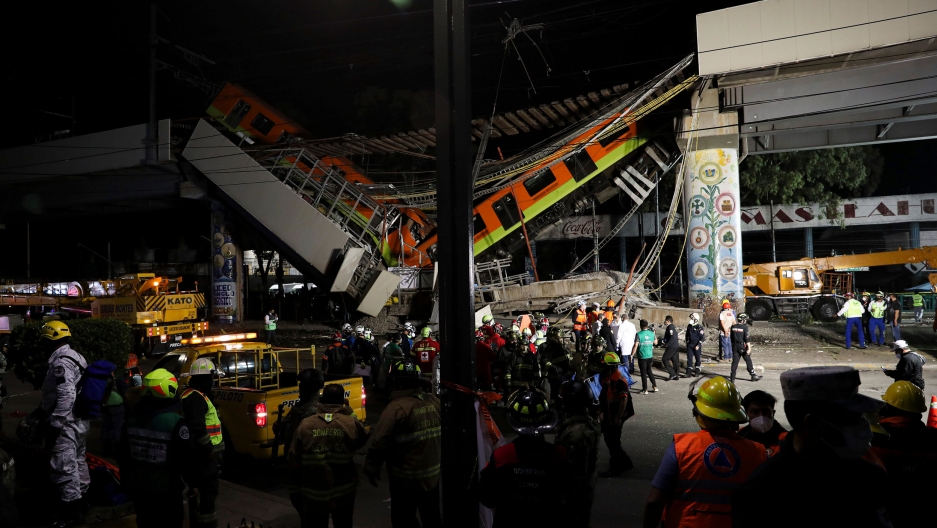 Mexico City's subway cars lay at an angle after a section of Line 12 of the subway collapsed, May 4, 2021.

A section of a subway overpass of the Mexico City metro collapsed late Monday night, sending two cars of a passenger train onto traffic on a busy street below. The accident killed at least 23 people while 70 others were injured, and some are in serious condition, according to officials.

The accident in southeast Mexico City, one of the deadliest for the city’s busy subway system, happened on the Golden Line or line 12 inaugurated in 2012.

“A support beam gave way” just as the train passed over it, Mexico City Mayor Claudia Sheinbaum said, adding that there will be an investigation into the causes of the accident.

The subway system in Mexico City, second-largest in the Americas, transports over 4 million passengers daily. It runs underground through more central areas of the city of 9 million people and on elevated concrete structures on the outskirts.

US President Joe Biden signed an emergency presidential determination formally raising the country's cap on refugee admissions from 15,000 to 62,500 this year. The move comes after weeks of blowback by his party and refugee agencies for his delay in replacing the record-low ceiling set by former President Donald Trump. Biden additionally said Monday that his administration intended to raise the number of refugees admitted next year to 125,000.

And, the COVAX program for COVID-19 global vaccine distribution for low- and middle-income countries is getting a boost from US biotechnology company Moderna following an advance purchase contract agreement between GAVI, Global Vaccine Alliance and Moderna for the supply of up to 500 million doses of the mRNA vaccine, with 34 million doses available late this year. The deal, which expands COVAX’s range of vaccines to eight, follows the approval of the Moderna shot for emergency use by the World Health Organization — a prerequisite for COVAX eligibility. 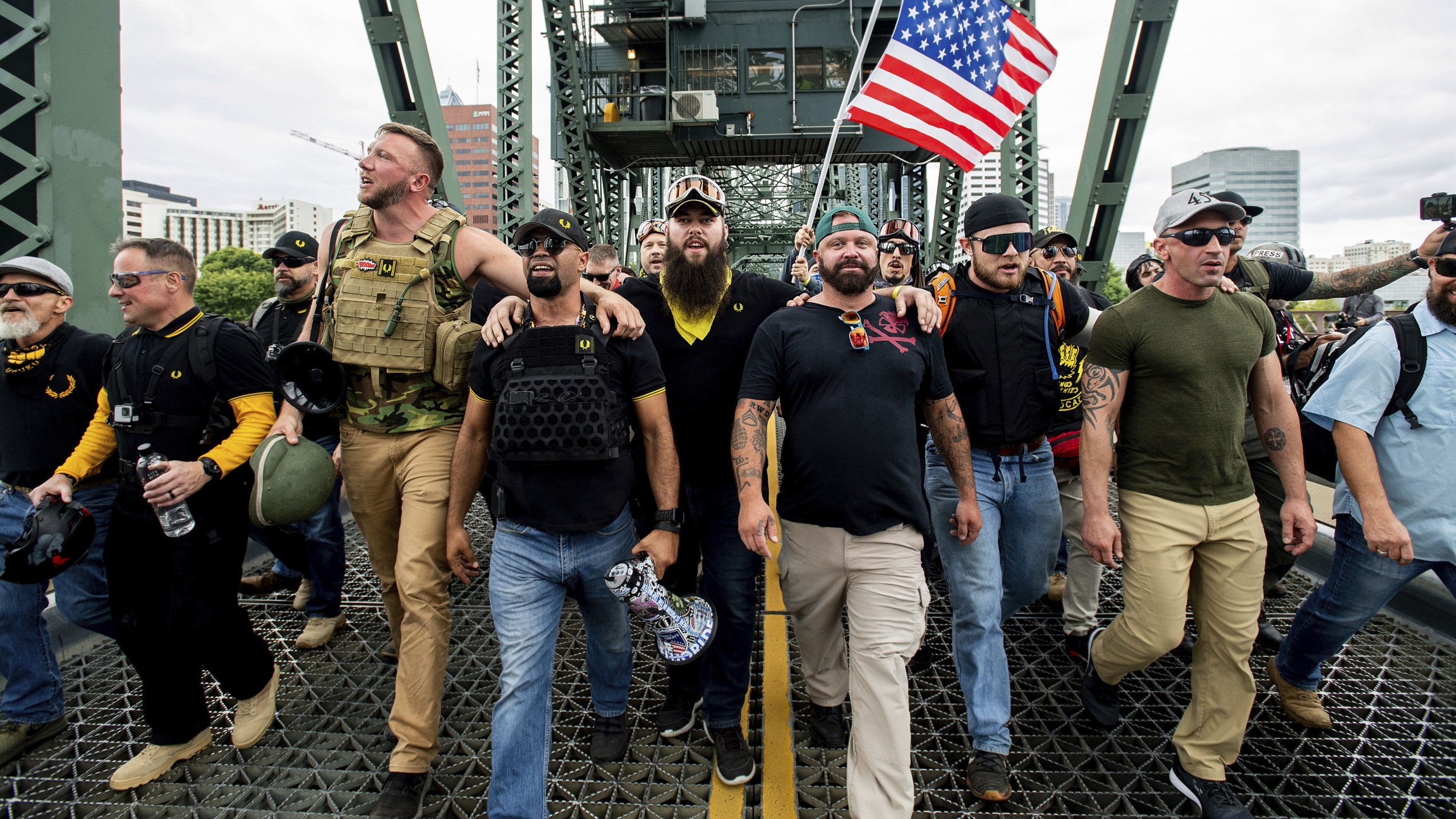 Organizer Joe Biggs, in a green hat, and Proud Boys Chairman Enrique Tarrio, holding a megaphone, march with members of the Proud Boys, and other right-wing demonstrators, across the Hawthorne Bridge during a rally in Portland, Oregon, Aug. 17, 2019.

In a statement, Proud Boys Canada announced that it was disbanding, and denied being a terrorist or white supremacist group. That announcement came after the Canadian government, in February, became the first country to designate it a terrorist organization.

“For some of [the members], being listed on the same group that lists al-Qaeda or the Islamic State was probably a wake-up call for them, and not something they wanted to be affiliated with,” said Jessica Davis, president of Insight Threat Intelligence, and a former senior strategic analyst with the Canadian Security and Intelligence Service. 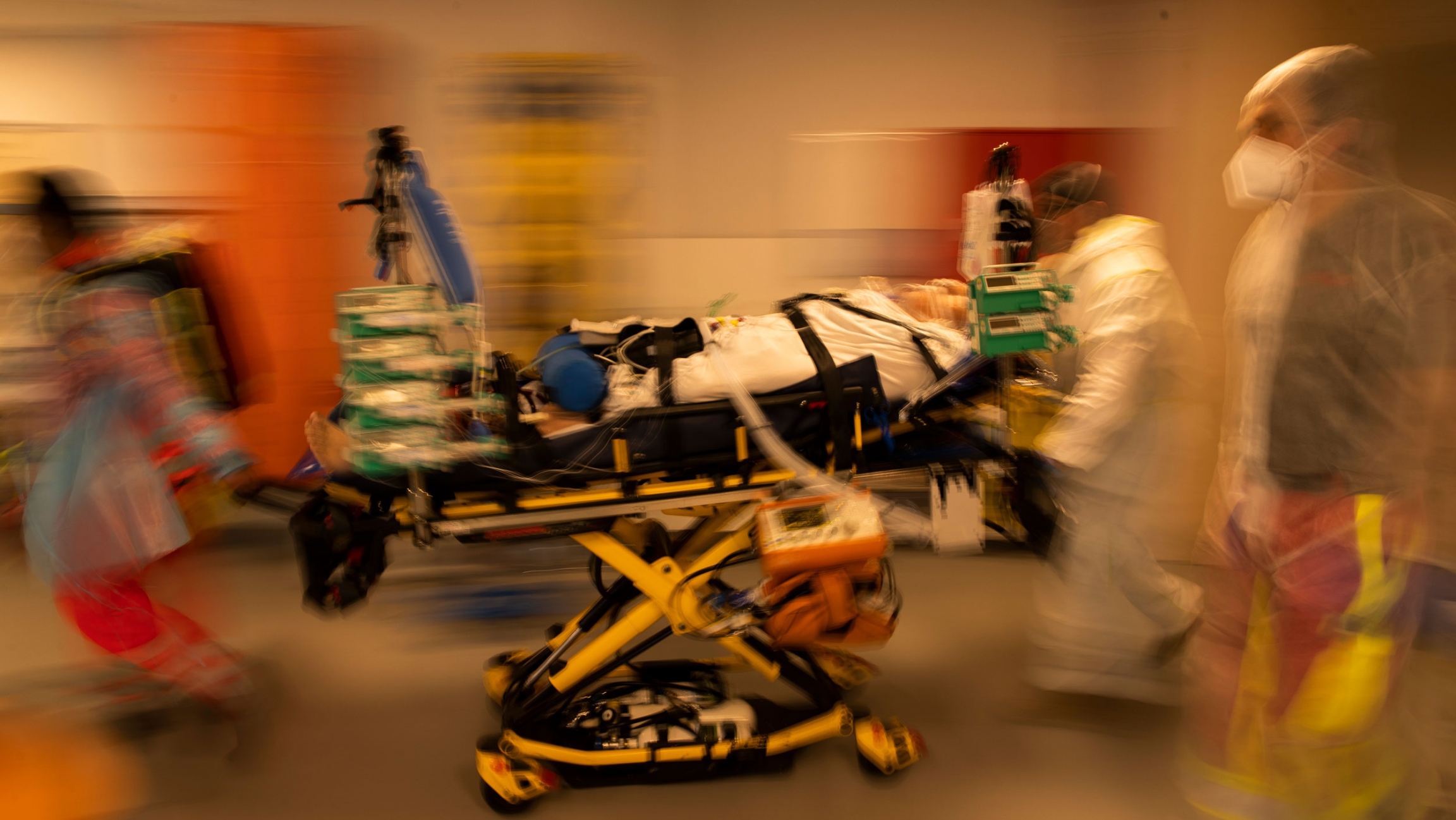 Medical personnel wheel a bed with a coronavirus patient in critical condition as they prepare to transfer the patient by ambulance to a hospital in Aachen, Germany, April 14, 2021.

Doctors around the world are working to understand “long COVID” — a lingering range of symptoms that persists in some people after they have initially recovered from COVID-19.

As part of The World's regular series of conversations with Harvard's T.H. Chan School of Public Health about the pandemic, and as a special in our podcast feed, reporter Elana Gordon moderated a discussion with Dr. Andrew Chan who addressed long COVID-19.

A farmer has inadvertently redrawn the border between Belgium and France. Annoyed by a stone in his tractor’s path, the farmer moved what turned out to be a marker for the Belgian-French border, causing a slight stir among the two countries.

Meanwhile, on the Belgian French border....https://t.co/Zb7aEqVmhs

Listen: Two siblings at the forefront of the fight against COVID-19, oceans apart 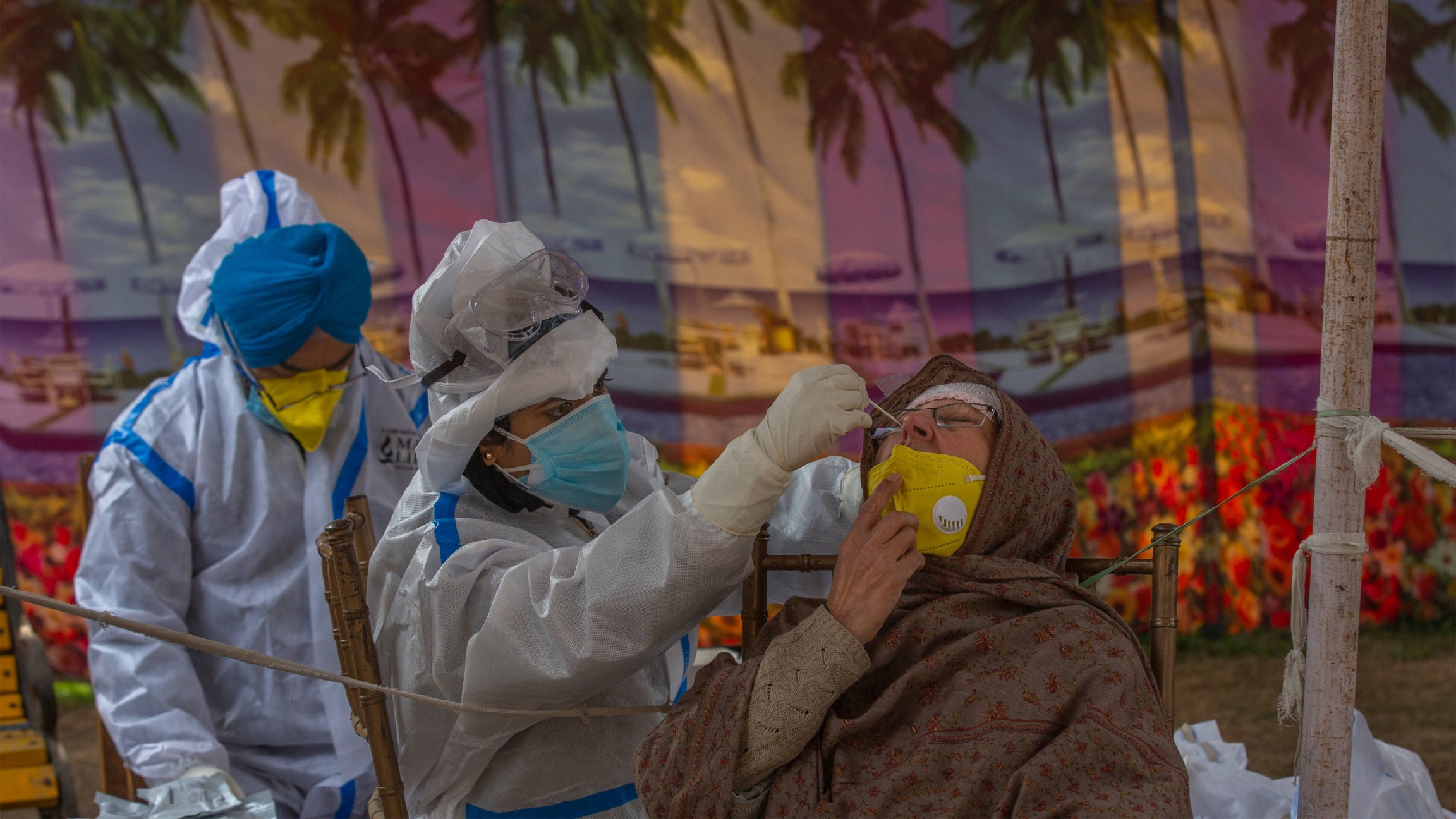 A health worker takes a nasal swab sample of a Kashmiri woman to test for COVID-19 in Srinagar, Indian-controlled Kashmir on Dec. 11, 2020.

Two doctors, siblings, one in India and another one in the US — at the forefront of the fight against COVID-19 — are finding ways to support each other, despite challenges. A landmark trial involving tech giant Apple gets underway in the US, just days after European regulators accused Apple of breaking EU competition rules. And a quieter revolution is playing out in Myanmar, one that is mostly happening indoors.