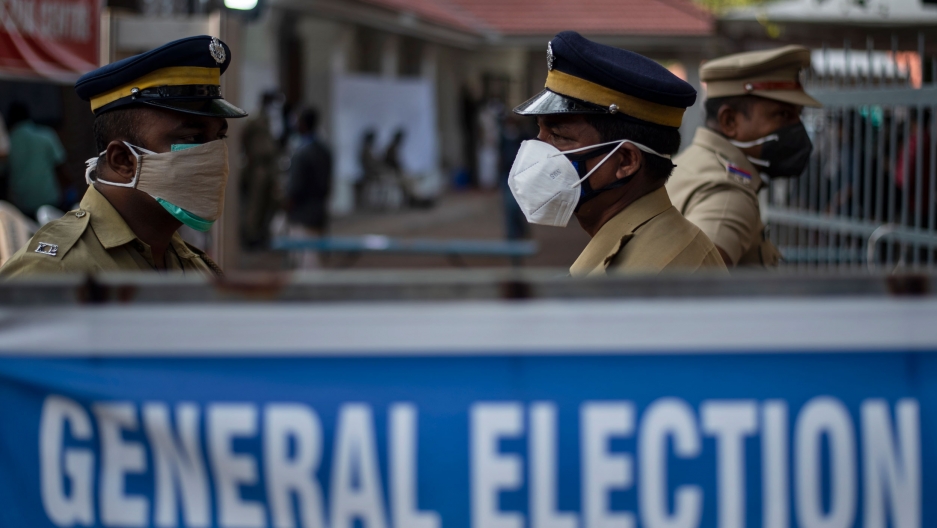 Indian policemen guard at a vote counting center for the state legislature elections amid a weekend lockdown to curb the spread of coronavirus Kochi, India, May 2, 2021.

Amid an unprecedented surge in coronavirus cases, Indian Prime Minister Narendra Modi’s party suffered a defeat on Sunday in the eastern West Bengal state. Modi's Bharatiya Janata Party (BJP), which is facing criticism for its mishandling of the pandemic, failed to beat West Bengal’s chief minister, Mamata Banerjee, in what analysts see as a crack in the BJP’s political strength. Modi’s Hindu nationalist party also lost in the southern states of Tamil Nadu and Kerala.

“The BJP started running out of steam as the pandemic spread,” political analyst Nilanjan Mukhopadhyay said.

India is continuing to hold elections despite a hospital system that is overburdened by COVID-19 cases and desperately in need of ICU beds, oxygen and other critical supplies. The South Asian country is suffering from one of the world’s worst coronavirus crises, recording more than 392,000 infections on Sunday, a slight drop from a record high of 401,993 the previous day.

San Diego Fire and Rescue on Sunday responded to reports of a 40-foot capsized boat that had broken apart near the city’s coast. Officials say four people have died in the rough waters and another 27 people were transported to hospitals with injuries in what is suspected to have been a human smuggling operation.

Police in Frankfurt, Germany, said they have arrested several suspects believed to have run a child pornography site used by more than 400,000 registered members in what prosecutors are calling “one of the world's biggest child pornography darknet platforms.” After an investigation led by a German task force that spanned months in coordination with Europol and authorities from the Netherlands, Sweden, Australia, the United States and Canada, authorities have arrested four German citizens, three on suspicion of working as platform administrators — one of whom was arrested in Paraguay — and another under suspicion of being a registered member and the platform's most active user. 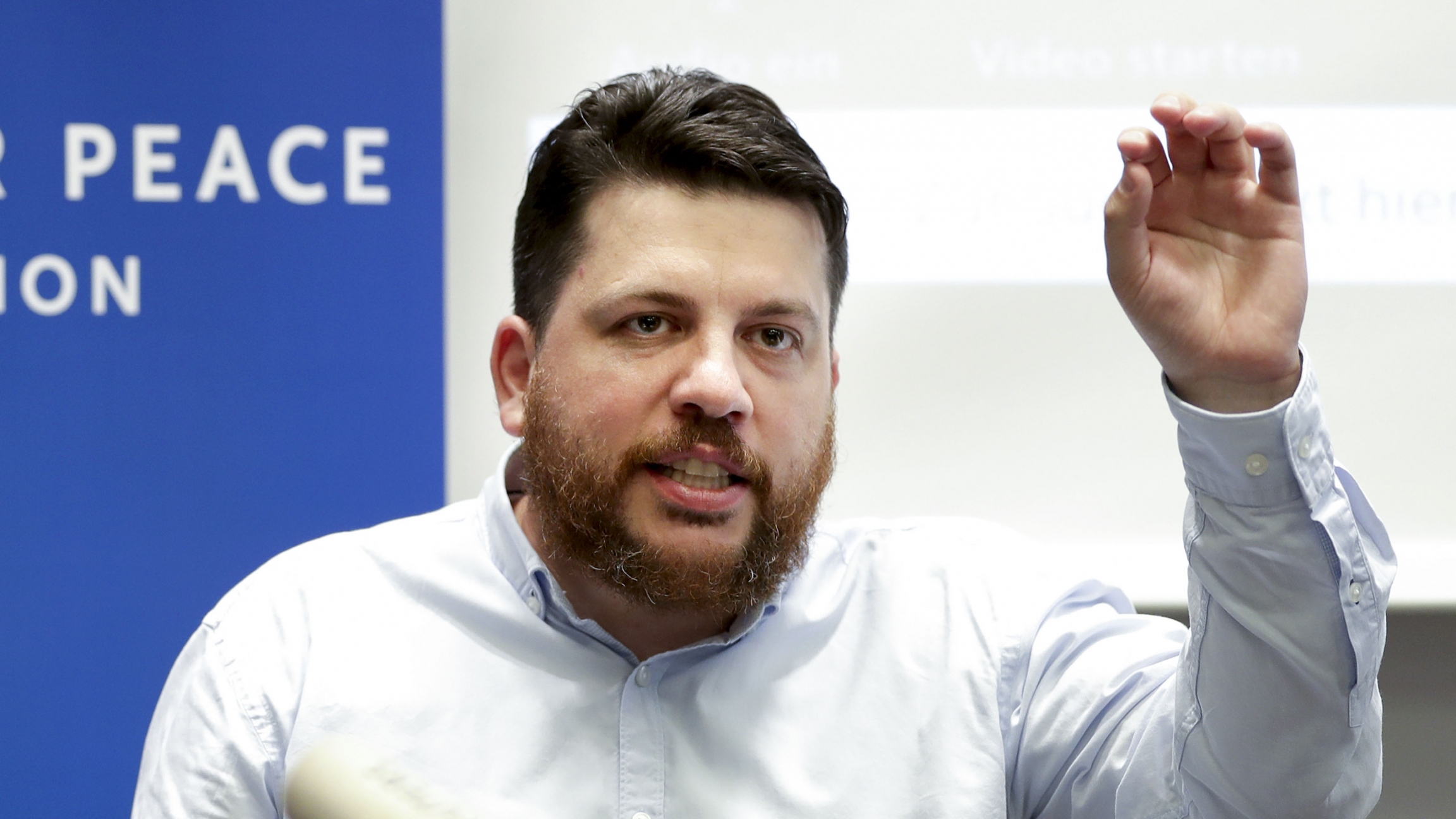 Leonid Volkov told The World from Vilnius, the Lithuanian capital, that Russian opposition leader Alexei Navalny's health status is now improving after a three-week hunger strike. He also talked about his optimism in the future of their political opposition movement in Russia, despite their recent designation as "extremists" by the Russian government.

"I'm absolutely sure the movement will survive and will grow and will prevail," he said. "We are historically designated to win because, I mean, this is a generational change. We see that we are gaining and Putin is losing, like, younger people are much more supportive of Navalny and his approval ratings among younger Russian voters is higher, as in Putin's." 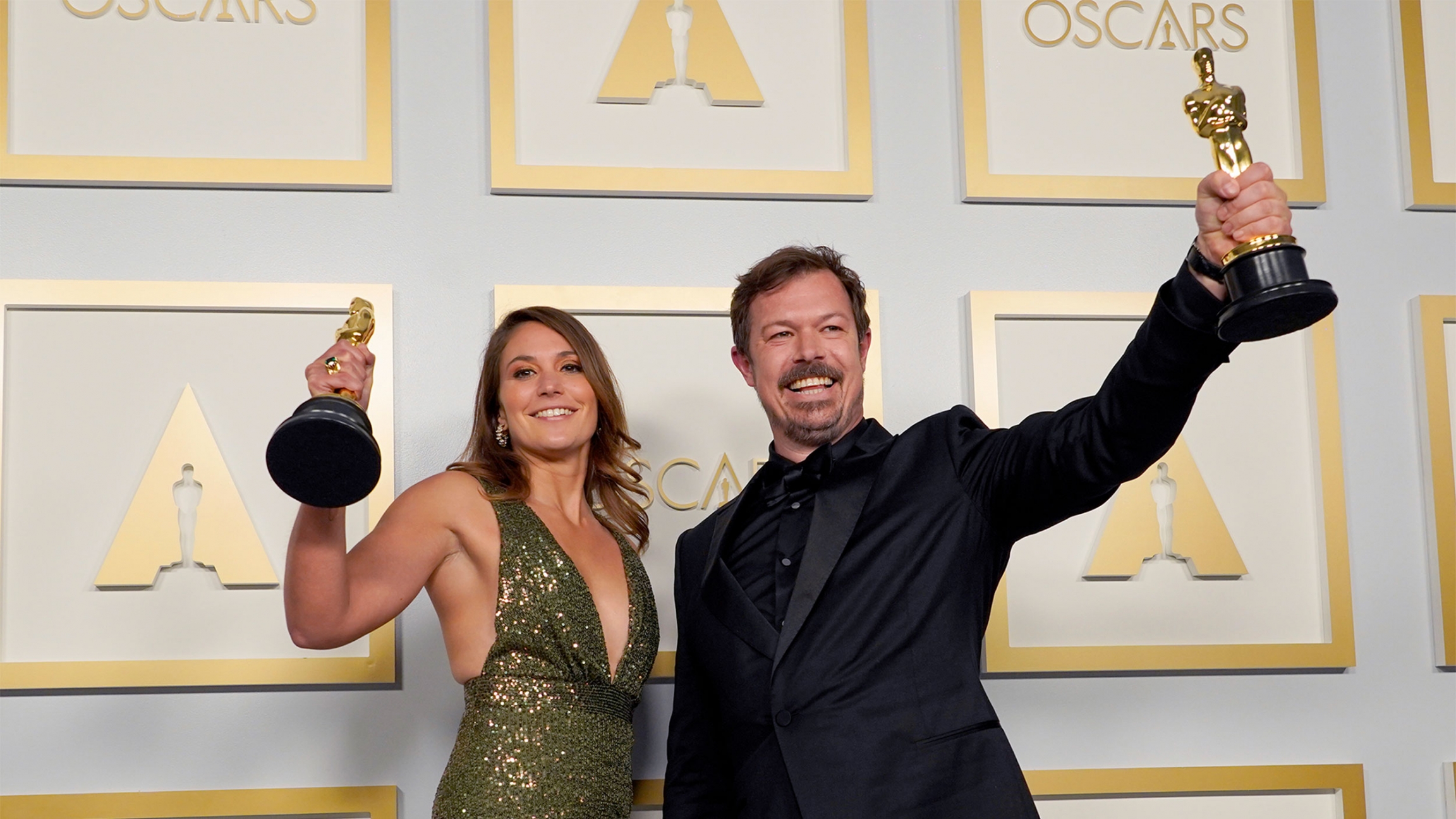 Directors Pippa Ehrlich and James Reed pose with the award for Best Documentary Feature for "My Octopus Teacher" in the press room at the Oscars, at Union Station in Los Angeles, California, April 25, 2021.

“My Octopus Teacher,” which recently won an Oscar for Best Documentary, follows the relationship between a peculiar octopus and documentary filmmaker Craig Foster for over 300 days. The film producers want to bring attention to — and help preserve — the kelp forest off the southern African coast that is home to octopuses like the one featured in the documentary.

“Our immediate concerns with this ecosystem are things like poaching. Because a lot of our species, like abalone, are decimated,” said Swati Thiyagarajan, an environmental journalist and one of the film’s producers. She adds that the kelp forest is also vulnerable to warming waters from climate change.

Portugal has unveiled Arouca 516, the world's longest suspension bridge, measuring 1,692 feet. And, it is not for the faint-hearted. It stands 574 feet above the Paive river inside the UNESCO-recognised Arouca Geopark. The project took two years and $2.8 million to build it. Locals hope the tourist attraction can help revive the region after the COVID-19 pandemic.

Listen: Tragedy in Israel following a stampede at a religious gathering 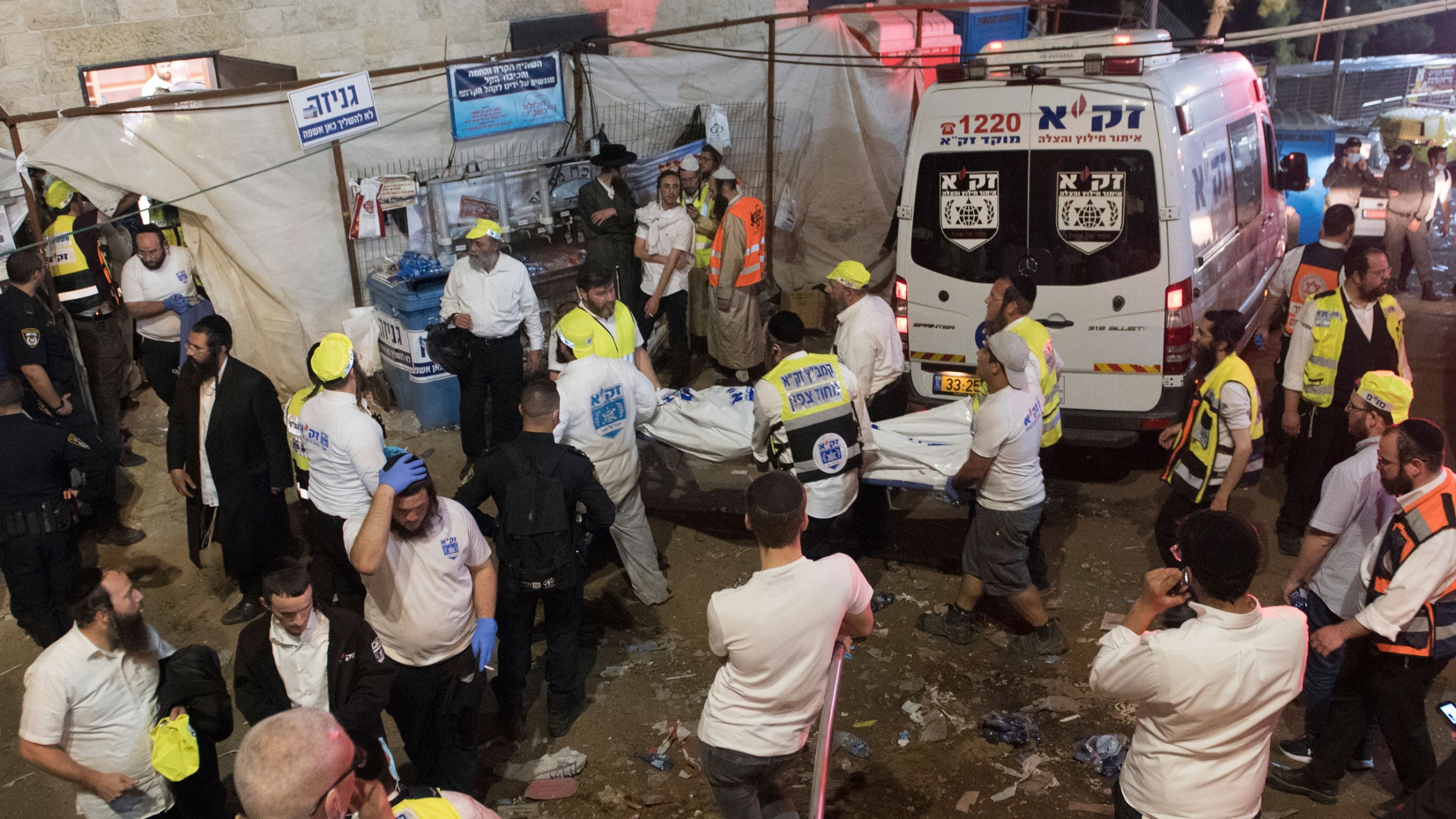 Israeli security officials and rescuers on the scene following a stampede during a Lag Ba'Omer celebrations at Mt. Meron in northern Israel, April 30, 2021.

Tens of thousands of religious Jews gathered in northern Israel to celebrate the annual holiday of Lag BaOmer. A stampede in a steep, tunnel-like passageway started when people slipped and fell, creating a deadly crush. And, elections in India continued this week despite the massive surge in COVID-19 cases. Also, the gun culture in both Brazil and the US is similar, but the current leaders in both nations are addressing the topic differently.