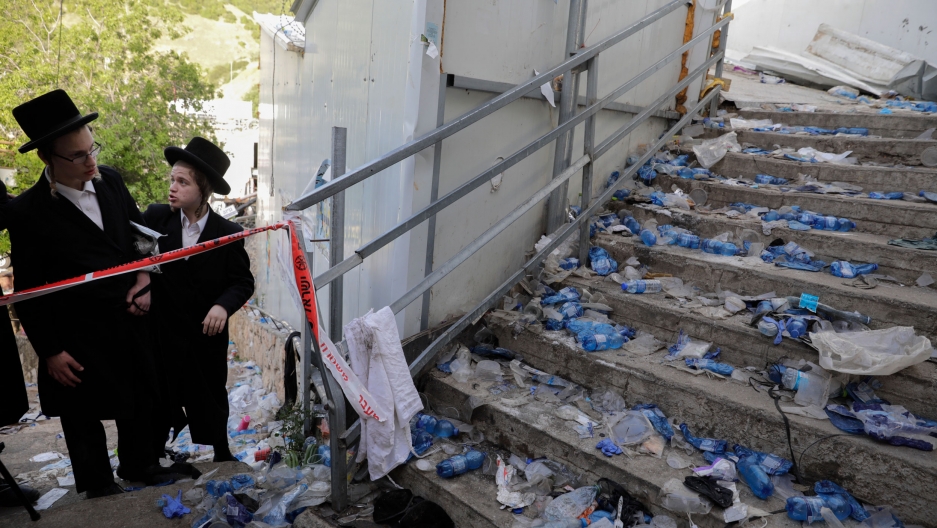 Ultra Orthodox Jews look at the scene where fatalities were reported among the thousands of ultra-Orthodox Jews during Lag BaOmer festival at Mt. Meron in northern Israel, April 30, 2021.

In what’s being described as one of Israel’s worst civilian disasters, at least 45 people were killed early Friday in a stampede at a religious festival. An estimated 150 others were injured. Thousands of ultra-Orthodox Jews were celebrating Lag BaOmer at Mount Meron in the north of Israel when, according to witnesses, large numbers of people started moving through a narrow passage which led to the stampede.

Witnesses said people were falling on top of each other in what was described as a “human avalanche” at the end of the passage when they descended slippery metal stairs. The stampede occurred in Israel’s first mass religious gathering held legally since coronavirus restrictions were lifted.

While an investigation into the causes of the stampede is underway, Prime Minister Benjamin Netanyahu visited the scene on Friday and asked for Sunday to be a day of national mourning.

Facing a devastating crush of COVID-19 infections, India is now experiencing vaccine shortages across the country with several Indian states running out of jabs. Daily new infections surged to another record over 386,000 reported cases. While emergency medical aid started arriving from the United States, the UK and other nations on Friday, the coronavirus crisis has crippled India’s health care system with shortages of much-needed oxygen and other vital supplies. The World’s Marco Werman spoke with Manish Pandey, a volunteer at the COVID-19 resources collective, in New Delhi, who described how many Indians are now turning to social media ( 🎧) in a search for medicine and oxygen tanks for friends and loved ones sick with COVID-19.

“It started from just replying to tweets because [people] were looking for help,” he said. “And then we decided to put up a website … you can just go to a city and you can put what you need and then you get some recommendations. It's a completely crowdsourced thing. We're trying … to bridge the gap between demand and supply.”

And, after two decades in what is the longest war fought by the United States, the US military has begun its formal withdrawal from Afghanistan. President Joe Biden recently ordered the withdrawal of the approximately 2,500 US troops and NATO allies have also begun their drawdown of forces. Since the beginning of the campaign in Afghanistan in 2001 more than 2,400 US troops have been killed and over 20,000 wounded. But over 20 years of conflict, Afghans have paid the highest price with over 47,000 civilians killed and an estimated 69,000 Afghan troops.

Will the Taiwan-Palau ‘travel bubble’ serve as a new model for international travel? 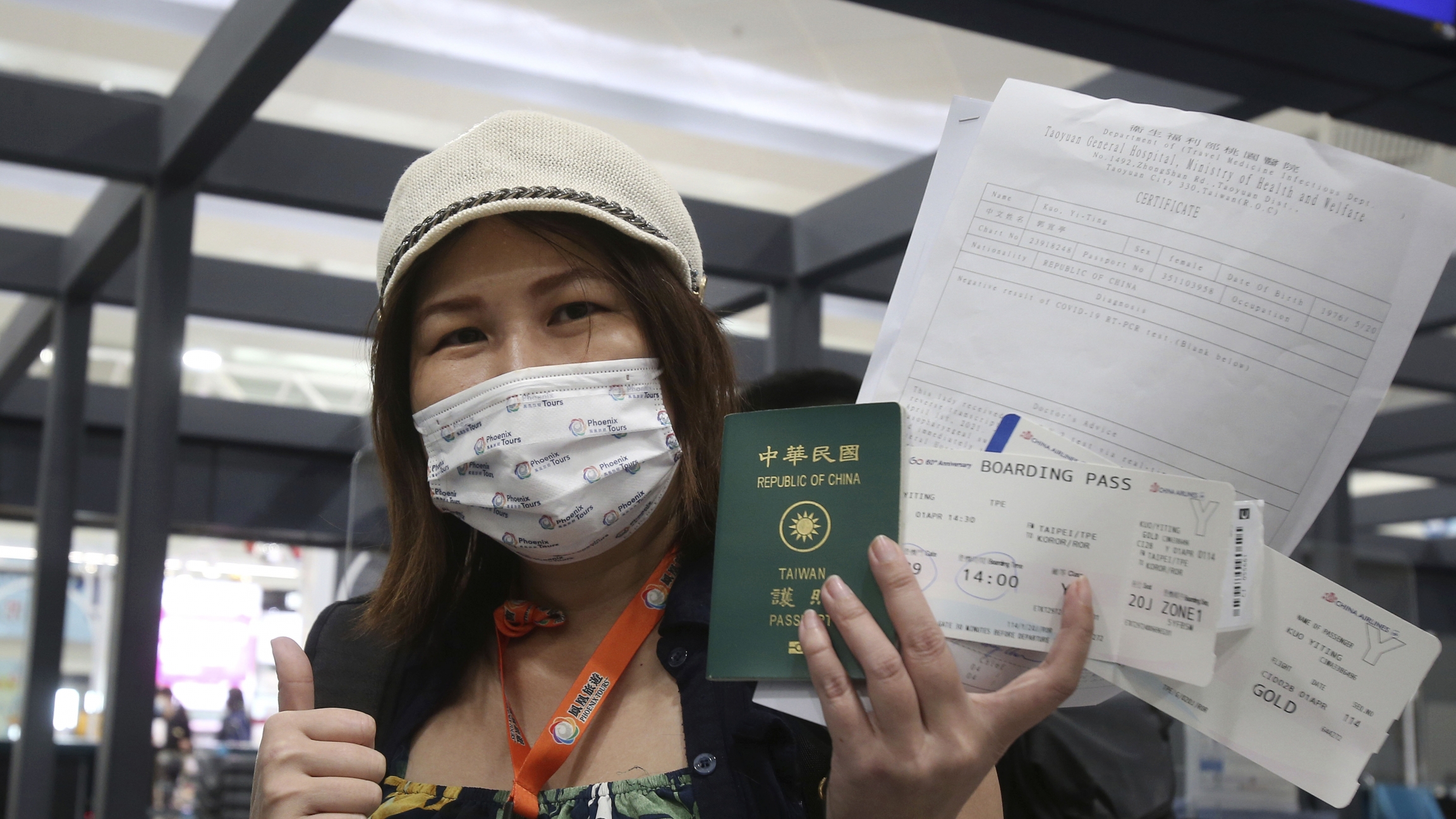 Taiwanese traveler Kuo Yitting of the first group of the Palau-Taiwan travel corridor shows her boarding pass and a report of her virus antigen test, at Taoyuan International Airport, Taiwan, April 1, 2021.

Since the beginning of the pandemic, Taiwan has reported just over 1,100 cases total, and Palau has reported zero cases. On April 1, Palau — one of Taiwan’s few official diplomatic allies — opened a “sterile corridor” to allow tourists to visit without quarantining upon arrival. Taiwan is also considering opening bubbles with Singapore, Vietnam and other countries.

Report: Police treatment of African Americans in the US amounts to crimes against humanity 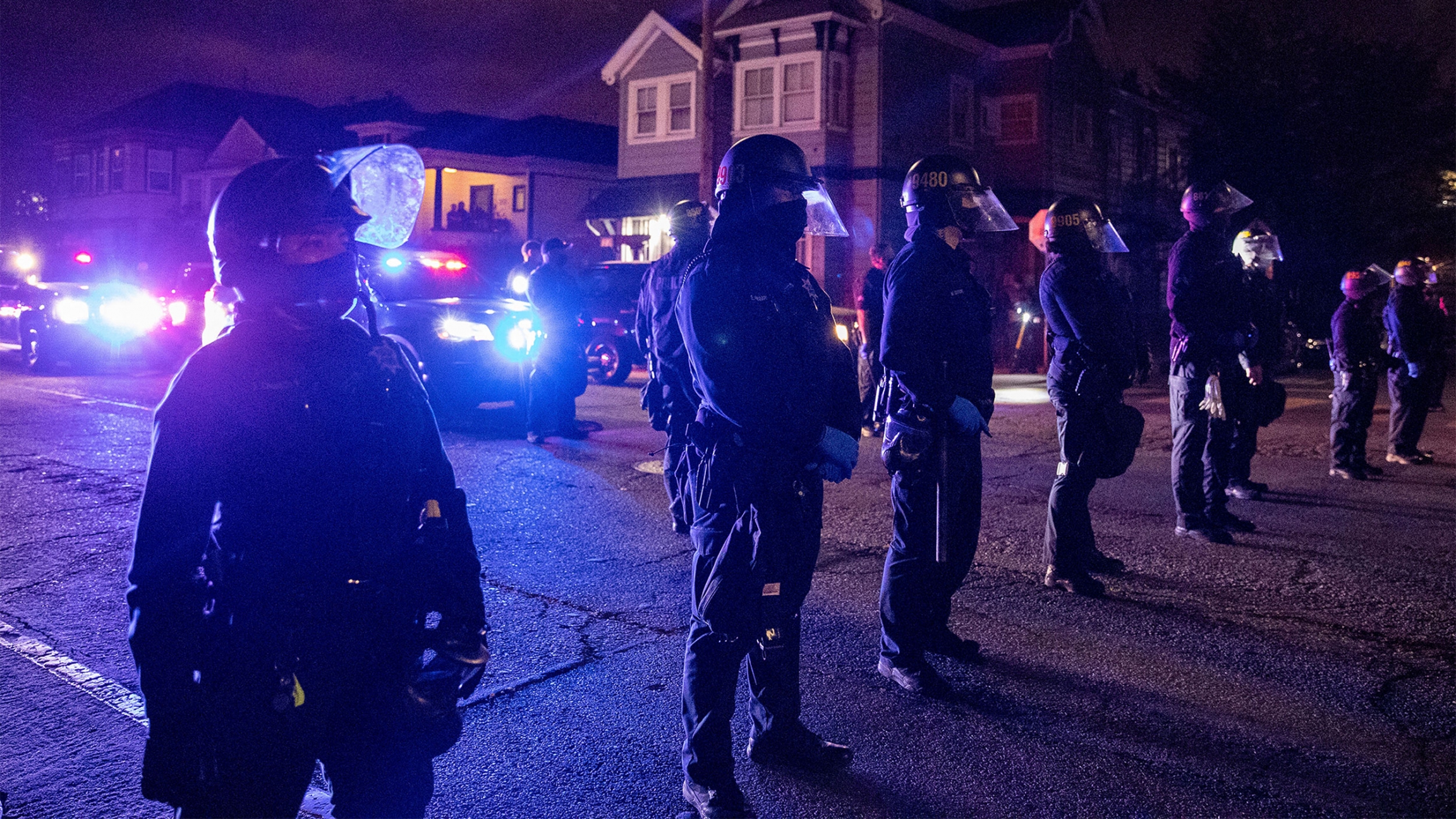 Oakland police officers line the street as demonstrators confront the officers during a protest against police brutality in Oakland, California, April 16, 2021.

A 188-page report on police brutality from an independent commission of international lawyers finds that the US has two systems of justice — one for white people and another for Black people. The commission is calling on the International Criminal Court to launch an investigation.

Germany is giving back the Benin bronzes that were looted by British soldiers and sailors on a punitive expedition to Benin City in 1897, and were subsequently sold to museums in Europe and North America.

More than 500 historical objects, including 440 bronzes from the Kingdom of Benin — in what is now southern Nigeria — are held at the Ethnological Museum in Berlin. Other artifacts are in museums in Hamburg, Cologne, Stuttgart, Leipzig and Dresden. But the single largest collection of Benin Bronzes is held at the British Museum.

Precious artifacts that were looted during the colonial era will finally be returned to Nigeria, the German government has announced. https://t.co/DIsP5AWpYS 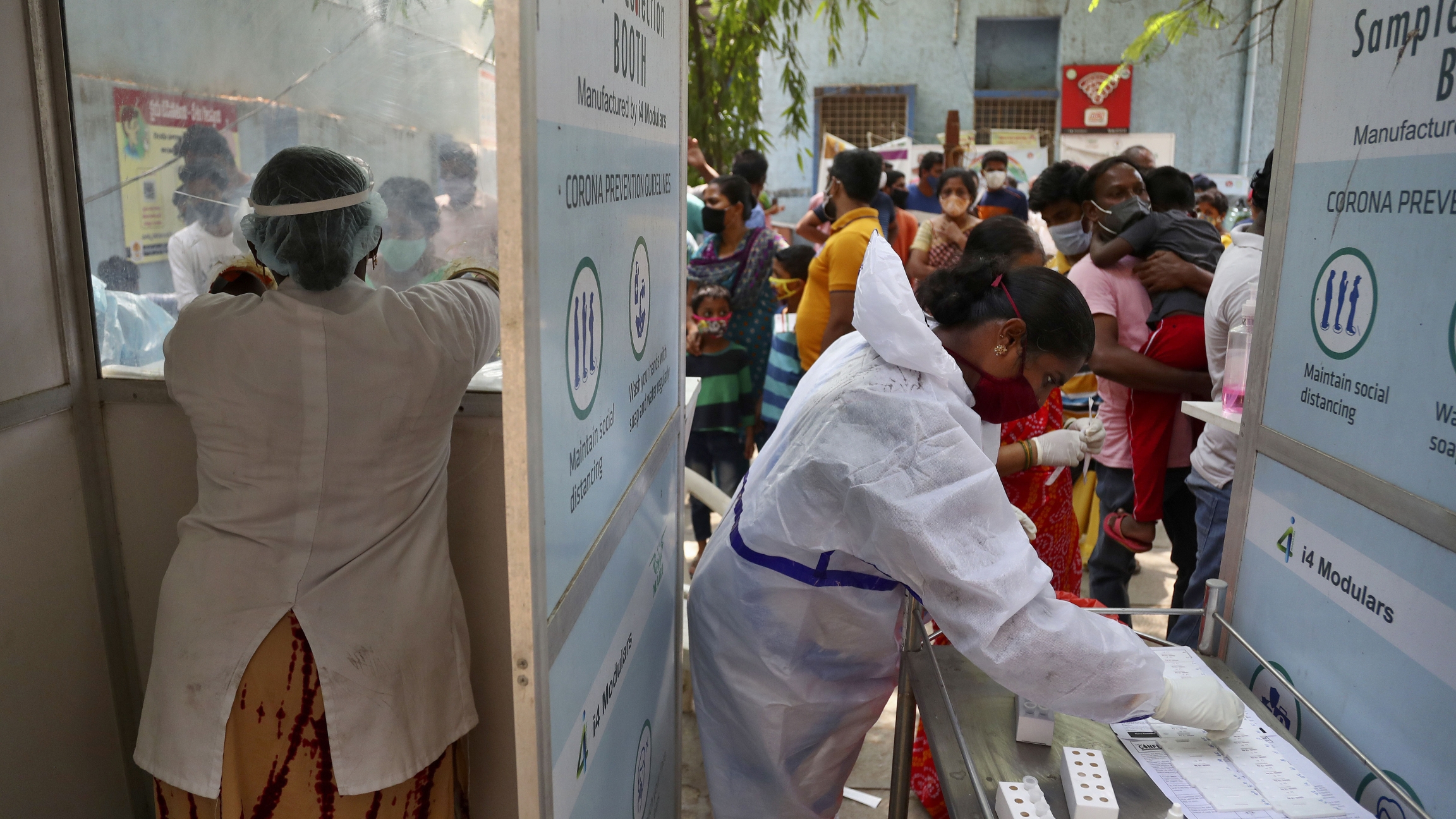 People wait their turn to get tested for COVID-19 in Hyderabad, India, April 25, 2021. After having largely tamed the virus last year, the country is in the throes of the world’s worst coronavirus surge, and many of the country’s hospitals are struggling to cope with shortages of beds, medicines and oxygen.

As India faces a devastating coronavirus surge, most hospitals and pharmacies in New Delhi, the capital, have run out of stocks. Now, people are turning to social media with desperate pleas for ICU beds, medicine and oxygen tanks to keep their loved ones alive. And, millions of people around the world are involved in forced labor. US Customs and Border Patrol has started to seize goods made through forced labor, but critics say they are not transparent enough. Also, an audio postcard about vaccine skepticism in China, by Shanghai author and resident Yashu Zhang.