When a large explosion occurred at Beirut’s port on Aug. 4, Dr. Labib Ghulmiyyah had just finished delivering a baby.

“It was 5:50 p.m., I finished and went out of the delivery room,” Ghulmiyyah said. He  chatted with the new father and headed to the elevators. As he reached the parking lot, the hospital shook.

What followed in the days and weeks after was a recurring thought: He had to leave Lebanon.

The blast was the final straw for Ghulmiyyah, who had already been thinking about leaving Lebanon amid the country’s spiraling financial crisis. In November, Ghulmiyyah left Lebanon for a job in Miami, becoming part of a mass exodus of doctors in recent months.

An estimated 1,000 medical health professionals, doctors and nurses have left Lebanon since the tragic blast.

Related: Lebanese take to the sea — risking their lives to reach Europe

Like many in Beirut, Ghulmiyyah initially thought the port explosion occurred nearby — even inside the American University of Beirut (AUB) hospital where he worked.

“I tried to call my wife, to say I was fine, and I couldn't reach her,” said Ghulmiyyah.

As he drove toward home, he saw the ruins of his city — block after block of destroyed apartment buildings and total chaos.

“I saw people injured on the side of the road. I wanted to go down to help, but my wife was screaming on the phone and I had to get home,” he said. “It's a five-minute drive from work, but it was like a nightmare.”

“If I was by myself, I would probably stay and fight for it. ... But I don't have the energy anymore to fight.”

His family was safe — but he said they are the main reason he decided to leave. “If I was by myself, I would probably stay and fight for it,” said Ghulmiyyah. “But I don't have the energy anymore to fight.”

Ghulmiyyah had lived in the US after university, but said he always wanted to return to Lebanon.

“Then my dream came true,” he said.

In 2008, Ghulmiyyah took a job at the American University of Beirut’s hospital and returned to Lebanon.

Ghulmiyyah calls the decade in Lebanon after he returned “great times.” He was making a good salary, he was close to friends and family and most importantly — he was home. He took out a loan, bought a house and had his first child.

“I never thought I would leave,” said Ghulmiyyah. “I couldn't ask for more — until things started crumbling.”

In late 2019, everything in Lebanon began to crumble — and fast.

The government started cutting off electricity up to 20 hours a day and traffic lights stopped working in central Beirut. The Lebanese pound, once pegged to the US dollar for decades, quickly started to lose its value, and prices began to rise.

Some Lebanese medical staff have lost up to 90% of the value of their salaries. For young doctors, that could mean earning just $200 per month. Banks began capping clients' withdrawals, essentially freezing their accounts.

Ghulmiyyah could not even withdraw his own money.

“Almost everything I worked for was gone and it wasn't easy for me to pay my loans,” he said. He had a wife and child to worry about, plus his parents. “The blast was the cherry on top.” 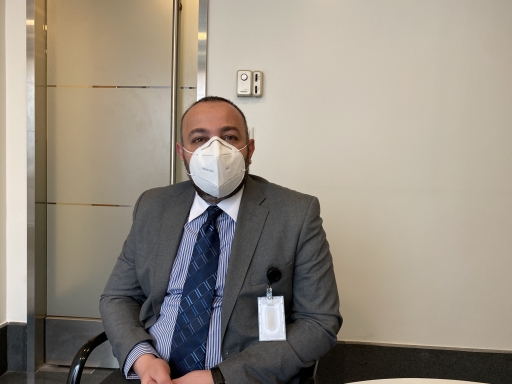 Nader Issa, chief nursing operations officer, at the Clemenceau Medical Center in Beirut, where he works.

“When they are leaving the hospital here, I can see the tears in their eyes,” said Issa.

For decades, Lebanon has been known regionally for its high-quality health care, attracting medical tourism from across the Middle East and even further afield.

But Issa said the exodus may change all that.

“It’s the experienced and qualified health care providers that are leaving. It’s the top-notch physicians and nurses, the specialized nurses from the OR and the emergency room."

“It’s the experienced and qualified health care providers that are leaving. It’s the top-notch physicians and nurses, the specialized nurses from the OR and the emergency room,” said Issa.

Most are going to richer Gulf Arab countries, he said, hoping to be able to return soon.  But some are going to Europe, the US and Canada.

On top of that, the currency crisis is making it more and more difficult to import medication and medical equipment.

“We spent a lot of time training health care providers, and suddenly they left the country. We need to train staff again.” 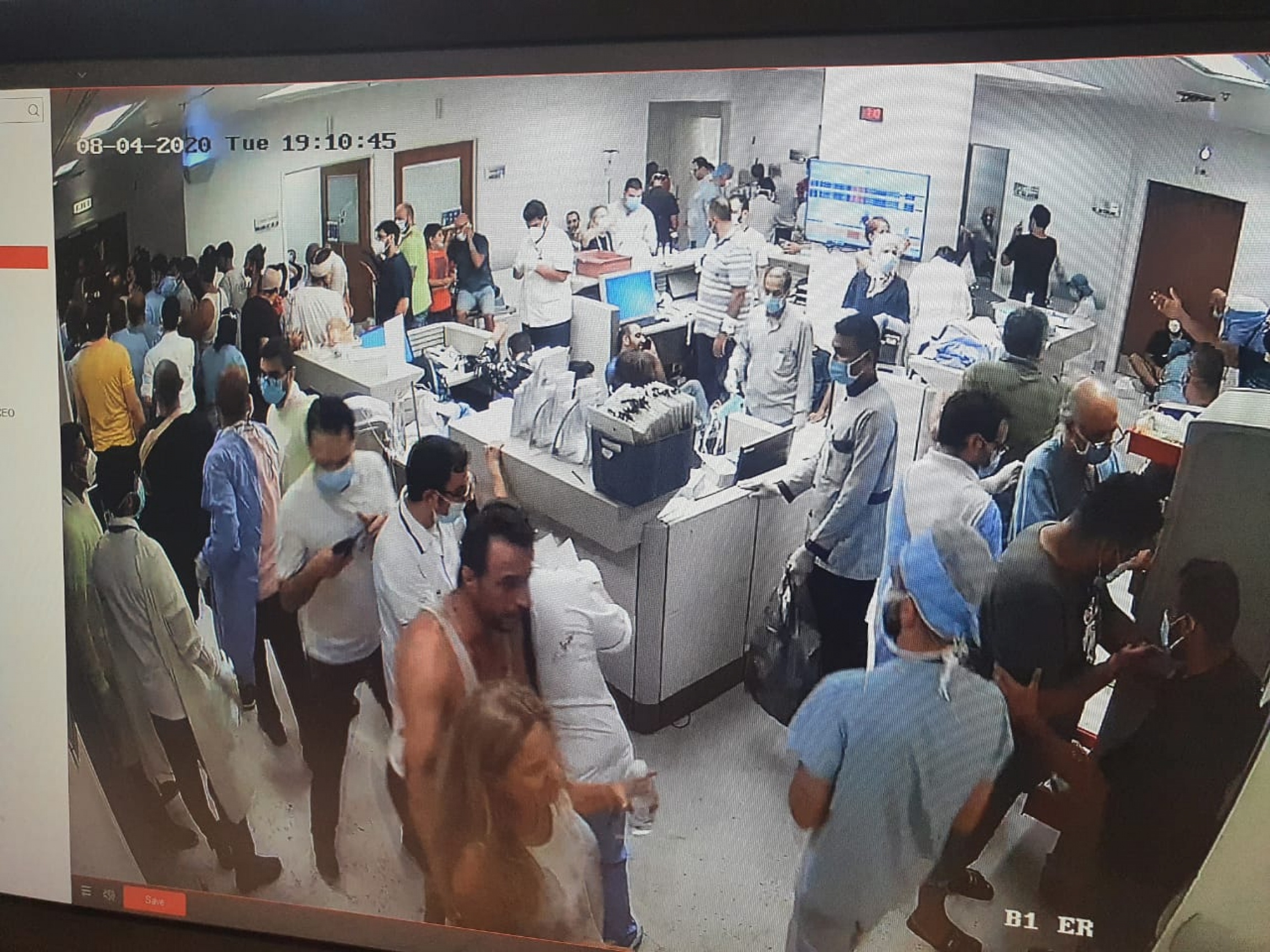 The view from the security camera of the Clemenceau Medical Center, as doctors scramble to treat the injured from the Aug. 4 blast at Beirut’s port.

It’s hard to see where they will find new staff.

Lebanese — especially the young and educated — are trying to leave the country in record numbers.

Outside the AUB hospital where Ghulmiyyah used to work, every young doctor and medical resident who spoke to The World said they were thinking of going abroad, but didn’t want to give their names.

“If we are doing well in our own country we don’t want to leave,” said one young critical-care doctor who has been treating COVID-19 patients and is planning to leave for the UK next year.

She said that until the financial crisis started last fall, doctors here could make a good life for themselves. Now, the future looks bleak.

She’s referring to the country’s sectarian ruling elite, a group of mostly former warlords who have run Lebanon since the end of the civil war in 1990. Many Lebanese hold these sectarian leaders responsible for the crisis and negligence that led to the blast in August. And many young people feel little is being done to fix the situation, while politicians haggle over government posts and power.

“We are humans after all. ... I always felt like I was leaving part of myself behind [if I left] but now I’m really sure I want to leave.”

“We are humans after all,” she said. “I always felt like I was leaving part of myself behind [if I left] but now I’m really sure I want to leave.”

Some here are shaming doctors who want to leave, pointing out that even during Lebanon’s civil war, doctors stayed while the bombs fell.

Ghulmiyyah was a child during the war.

But the decision to leave his country was one of the most difficult of Ghulmiyyah’s life.

He said every doctor has his or her own reason for leaving. You can’t blame them, he said, but there’s still a feeling of guilt.

“Sometimes I feel like I betrayed my country,” he said. “I feel I’m like a traitor. Hopefully, I will be able to repay the country somehow.”