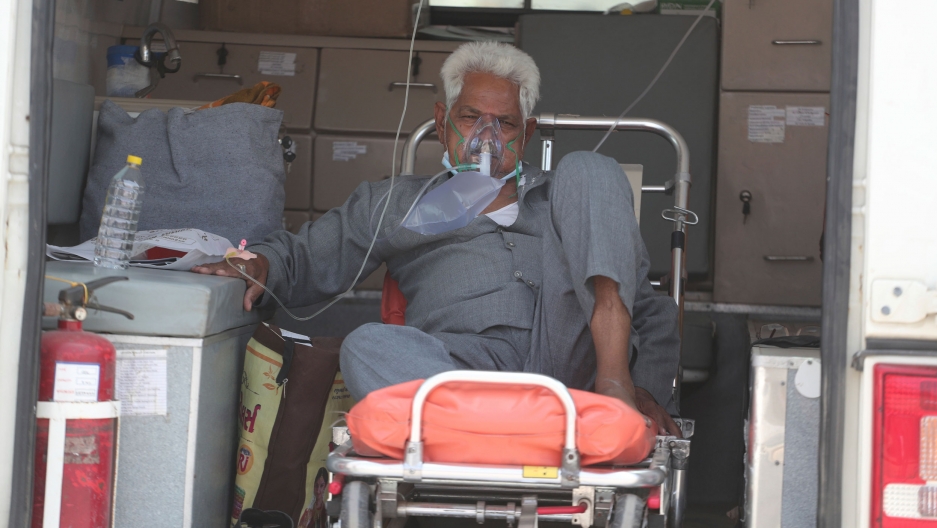 A COVID-19 patient waits inside an ambulance to be attended to and admitted into a dedicated COVID-19 government hospital in Ahmedabad, India, April 22, 2021.

The coronavirus surge in India is pushing its health care system to the brink as the country reports the highest single-day number of new cases in the world. On Friday, India reported 332,730 new cases — topping a grim record set the previous day.

“We have surplus oxygen at plants which are far off from places where it is needed right now. Trucking oxygen is a challenge from these plants," said Saket Tiku, president of the All India Industrial Gases Manufacturers Association.

The dire situation has forced health officials to warn of a widespread short supply of critical oxygen, ventilators and beds for infected patients. At least 2.7 million people in India are now vaccinated but that’s still less than 10% of the population who've gotten a first shot.

Violence broke out in the streets of east Jerusalem on Thursday, after hundreds of Jewish extremists marched toward an area where large numbers of Palestinians had gathered chanting "death to Arabs.” Over 100 people were injured and Israeli police say 44 people were arrested. The violence was the culmination of building tensions in east Jerusalem between Jewish nationalists and Palestinians. It has escalated since the start of the Muslim holy month of Ramadan, and has been fueled by social media apps like TikTok.

Despite much of the globe’s attention on the coronavirus vaccines, a significant breakthrough has been announced in a trial for a malaria vaccine. In an early trial consisting of 450 children in Burkina Faso, scientists from the University of Oxford said their malaria vaccine is 77% effective. Malaria continues to devastate populations around the globe, killing more than 400,000 people a year — mostly children in sub-Saharan Africa. 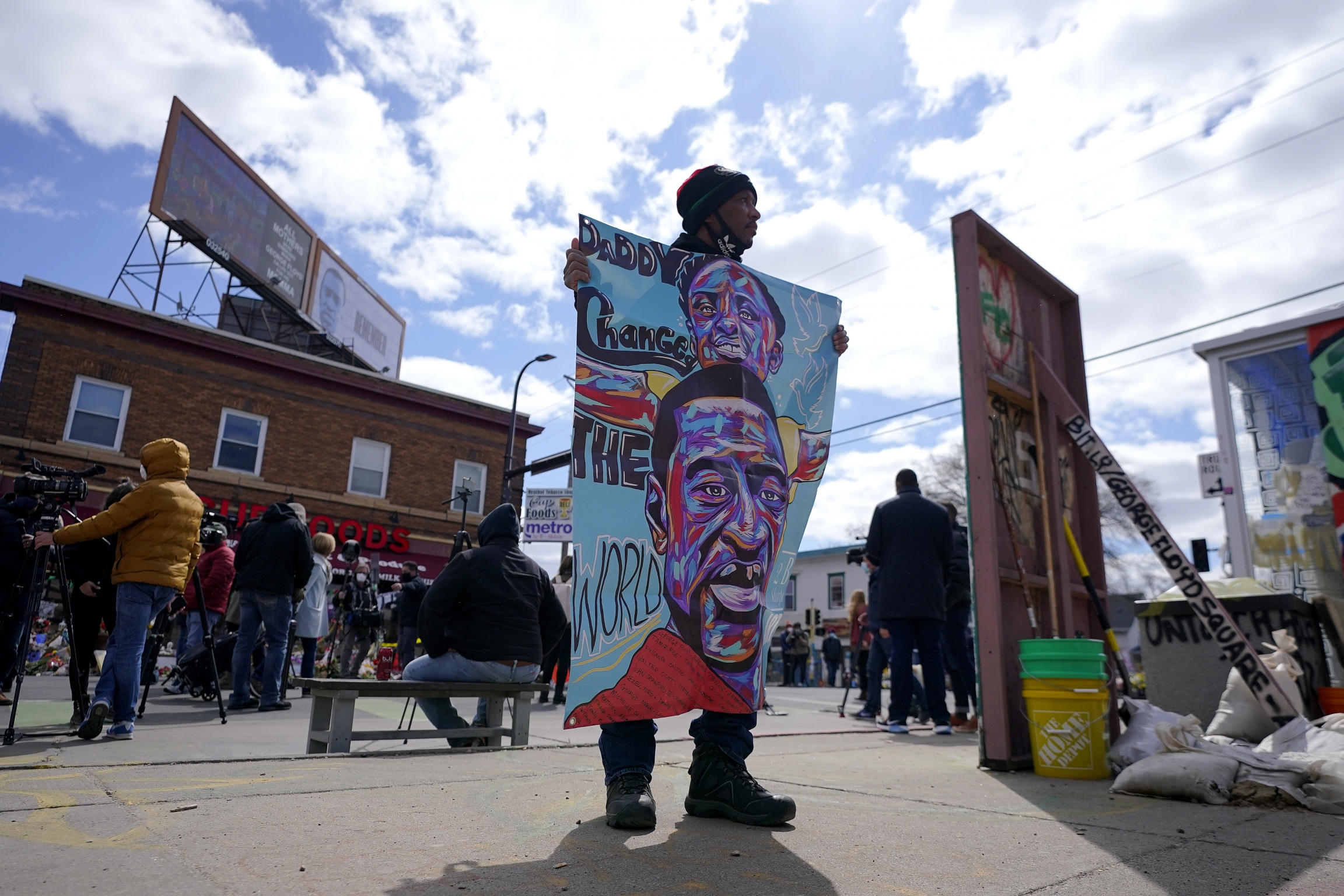 A man holds a sign at George Floyd Square, April 21, 2021, in Minneapolis, a day after former Minneapolis police Officer Derek Chauvin was convicted on all counts for the 2020 death of Floyd.

The guilty charges for former police officer Derek Chauvin in the murder of George Floyd show police can be held accountable. But, despite a newly announced investigation by the US Department of Justice into Minneapolis police, and a push by President Joe Biden for congressional action, the American Civil Liberties Union’s human rights program director, Jamil Dakwar, said the United Nations needs to hold the US accountable for true change.

“Without this process, without learning from other international examples, the United States will continue to make the same atrocities with no accountability whatsoever,” he said. 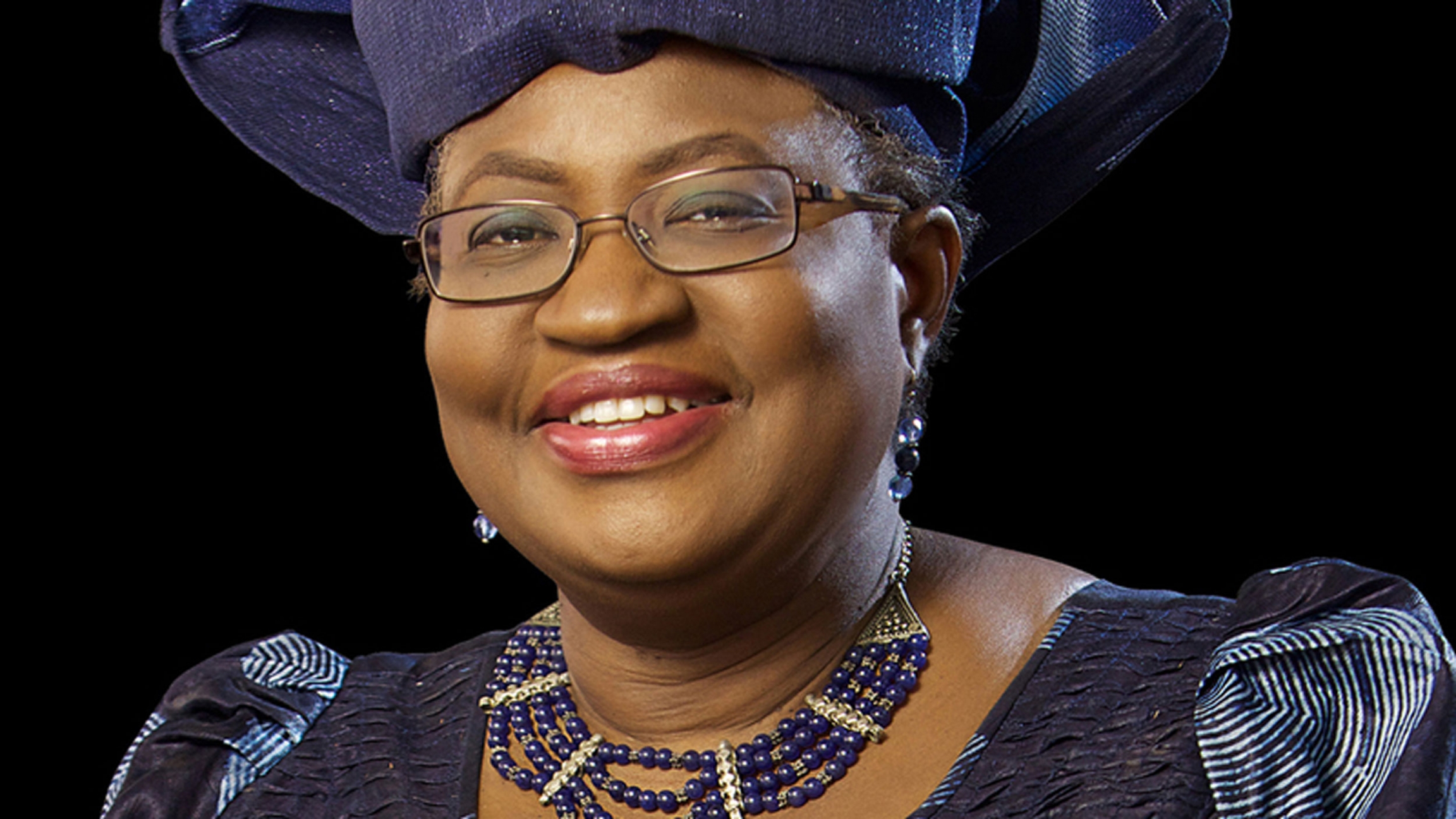 Nigerian Ngozi Okonjo-Iweala is the first African and female director-general of the World Trade Organization.

WTO head Dr. Ngozi Okonjo-Iweala spoke to The World's host Marco Werman about why vaccines aren’t reaching less wealthy nations and what can be done to scale up production. She suggested waivers should be used for COVID-19 patents to help save lives.

"I believe that we should persuade manufacturing companies to mobilize capacity, transfer knowledge so that, in the short term at least, whilst members of the WTO are trying to get to agreement on the issue of patent rights, of waiving patents, we can make sure that people are not dying in the short term and they have access to the vaccines that they need," Dr. Okonjo-Iweala said.

Dilo, hailing from Reunion Island, is one of hundreds of artists from across the globe — from Russia to Colombia and Japan — who contributed to a music initiative led by DJs for Climate Action, in collaboration with Greenpeace. DJs asked artists to take diverse sounds of nature and tell a musical story answering the question: “What will our future sound like?" 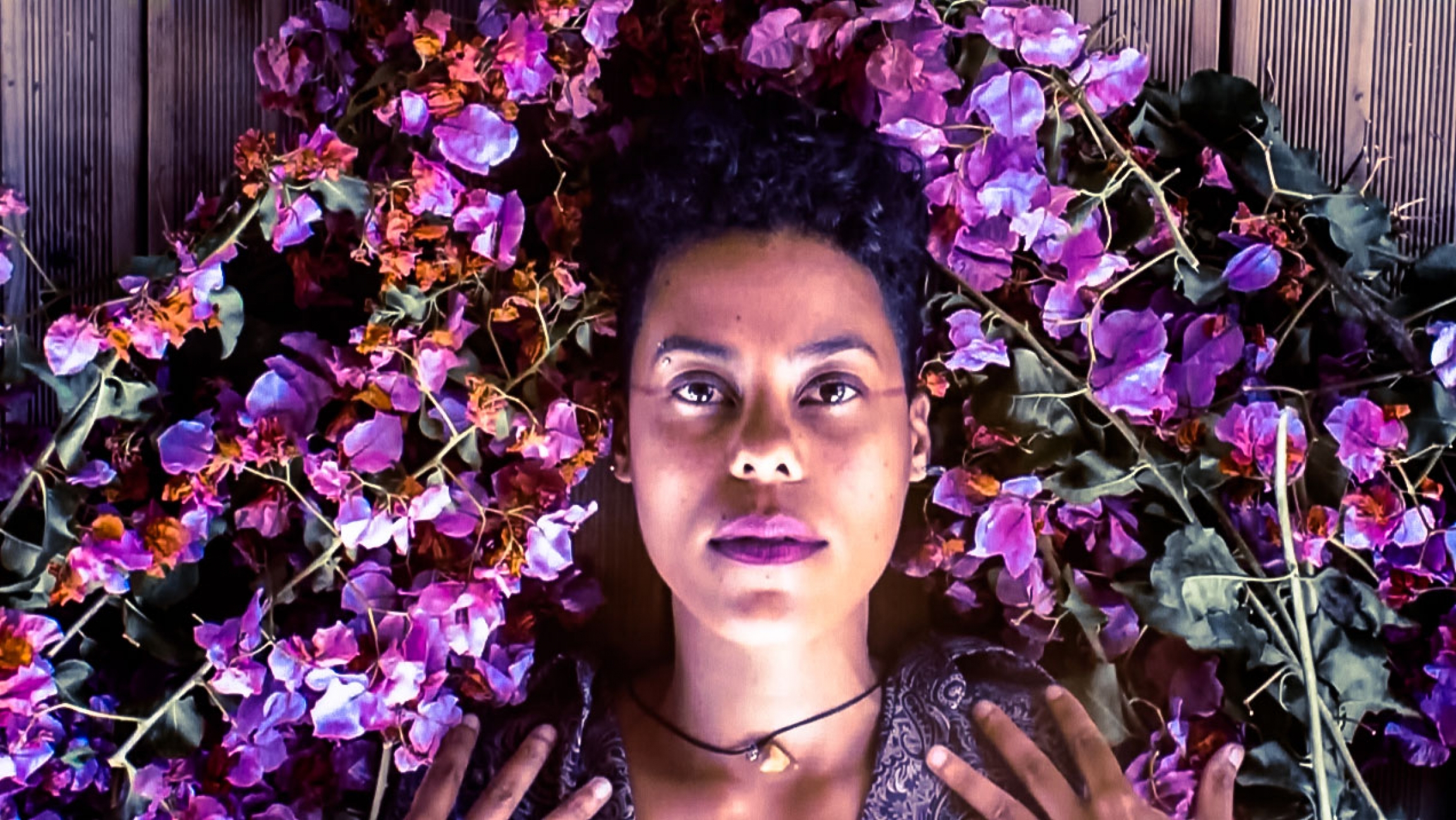 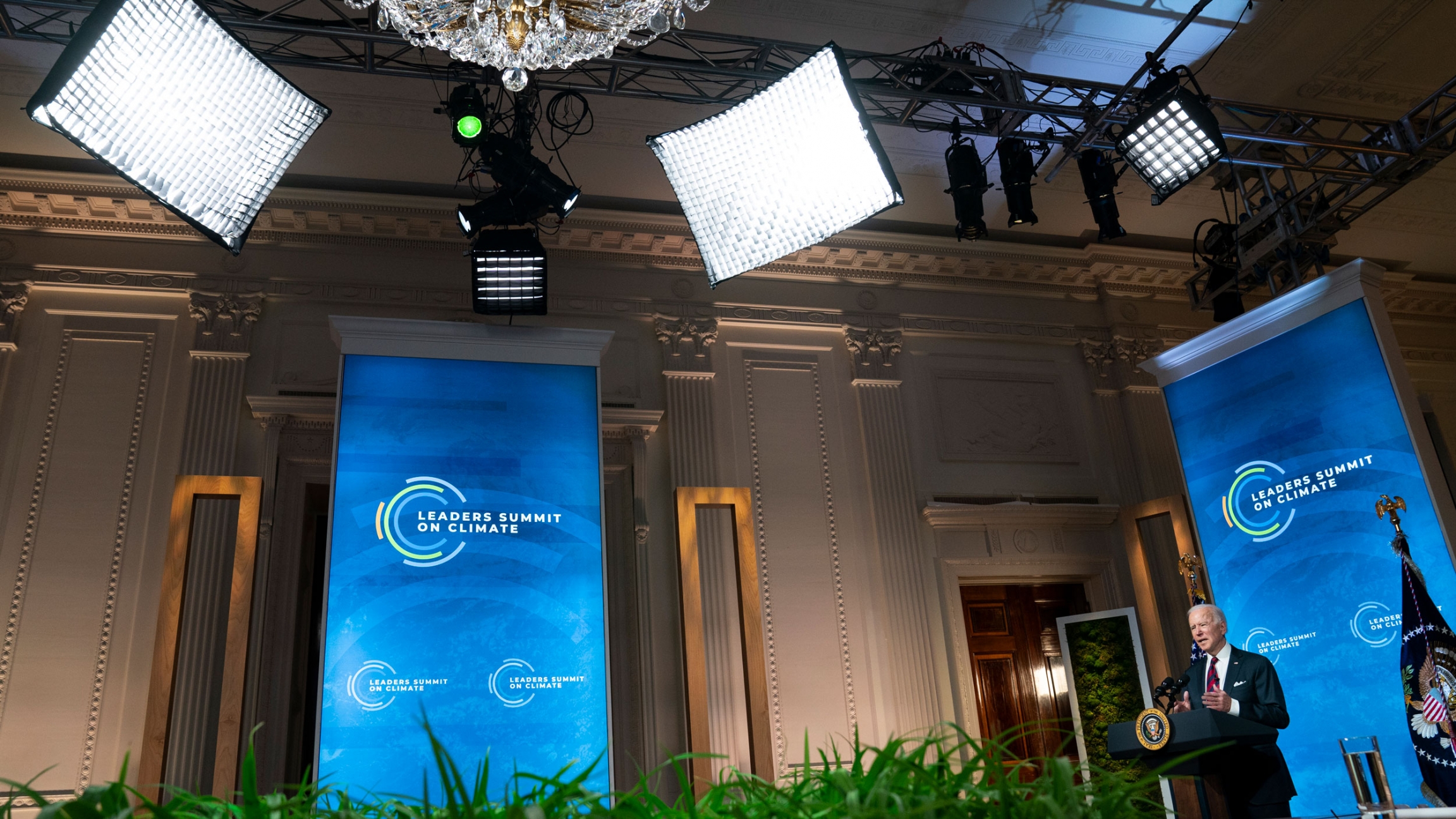 US President Joe Biden speaks to the virtual Leaders Summit on Climate, from the East Room of the White House, April 22, 2021.

At a US-hosted climate summit launched on Earth Day, the Biden administration hopes to prove what it's been saying for months: The US is back as a leader on climate action. And, in the wake of the Derek Chauvin trial, activists argue that increasingly militarized police shows that the US cannot solve its police brutality problems on its own. Also, a toaster-sized instrument on NASA’s Perseverance rover on Mars has taken the planet’s carbon dioxide atmosphere and made oxygen with it.