The Supreme Court of Canada has ruled 7-2 in favor of Rick Desautel, a man from Washington state who was charged with illegally hunting an elk in British Columbia in 2010.

Rick Desautel intentionally hunted without a license to draw attention to his ancestral tribe, the Sinixt, from Canada. The group is also known as the Arrow Lakes or simply, the Lakes people.

Related: Do US-living descendants of tribes in Canada have rights north of the border?

“I knew for a fact that my ancestral grounds were here. ... If somebody didn't start this, then it would never get going.”

“I knew for a fact that my ancestral grounds were here,” Rick Desautel said back in 2017 after he was acquitted by a trial court judge in Nelson, British Columbia. “If somebody didn't start this, then it would never get going.” 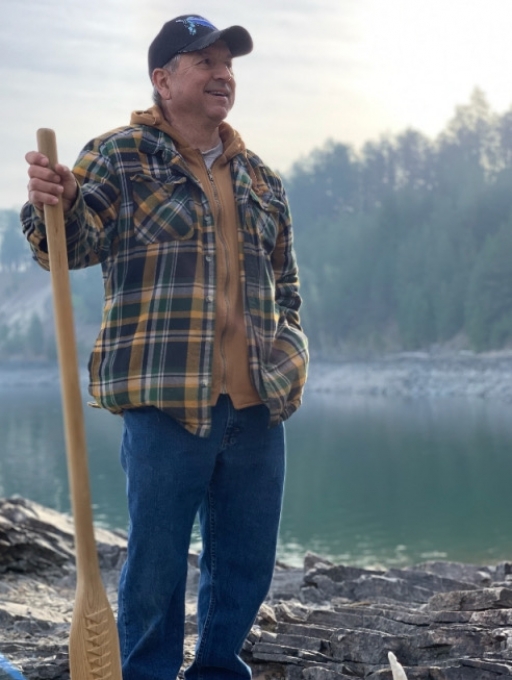 Rick Desautel wanted to draw attention to his Sinixt tribe in Canada, so in 2010, he went to British Columbia to hunt an elk without a license.

He had his tribe’s back in Washington state when he headed north with his rifle, and his wife, Linda Desautel. “I said, sure, I'll come up here, and I'll kick up a little dust and see what happens here.”

The Desautels live on the Reservation of the Confederated Tribes of the Colville Reservation in north-central Washington state, alongside more than 9,000 other residents. Nearly half of them are also Sinixt descendants.

In the late 19th century, as loggers, miners and other white settlers moved into British Columbia, the Sinixt found themselves surrounded by hostile neighbors. Many left their traditional lands and headed south, down into Washington state.

Attorneys for British Columbia argue that in moving south of the 49th parallel, the Sinixt gave up their rights in Canada. Following Rick Desautel’s acquittal, the province appealed his case twice and lost both times.

In its ruling Friday, the Supreme Court of Canada affirms that regardless of citizenship or residency, Aboriginal Peoples of Canada do have rights and those rights are protected by the Canadian Constitution.

“In order to assert rights protected under [the Canadian Constitution] … an Aboriginal group must be part of the “Aboriginal peoples of Canada,” wrote the Honorable Malcolm Rowe in the court’s majority opinion.

This is the first time the Supreme Court of Canada has interpreted what it means to be an “Aboriginal peoples of Canada.”

“How can they not be, for example, an Aboriginal peoples of Canada?” asked attorney Mark Underhill.

It is the question he used to underpin all the arguments he made in Rick Desautel’s defense over the years.

“They’ve been in Canada a lot longer than, certainly, I have and any judge who will ever hear this case.”

Underhill, a partner with Vancouver-based Arvay Finlay, LLC, has been working on the case from the start.

“The core truth is this is where the Sinixt are from, this is their homeland, and when I got my head around what may seem like a simple fact, I knew we would win — because it’s the truth."

He said senior attorneys told him early on that Rick Desautel’s case was unwinnable.

“The core truth is this is where the Sinixt are from, this is their homeland, and when I got my head around what may seem like a simple fact, I knew we would win — because it’s the truth,” he said.

The traditional lands of the Sinixt stretch for roughly 300 miles between Revelstoke and Nelson, British Columbia. Reminders of the Sinixt remain there: pit houses, pictographs and artifacts have been found throughout the region. There’s a small exhibit that refers to the Arrow Lakes at the local museum across the street in front of the same courthouse in Nelson, where Rick Desautel was originally acquitted.

On Friday morning, a few dozen Sinixt descendants gathered before sunrise at Kettle Falls, a place where the Sinixt fished in Washington for generations. They were there to hear the court’s final decision together. They used a small laptop to call up Rick Desautel’s defense attorney, Underhill, on Zoom.

“I can say on behalf of Canada, welcome home!” Underhill told the crowd.

It was an emotional moment for everyone. Some cheered, others shed tears.

Rick Desautel said he was relieved.

“That settles my stomach a whole bunch, I tell you. The stress of that for the few days, I’ll tell you, has just been crazy,” he told his attorney.

“I know, it was a long week, Rick, and it’s been an honor to be on the journey with you, it really has,” Underhill said.

“That is so big, that is so big, yes. That is crazy big,” Rick Desautel said. “Knowing that you’re recognized and that you don’t have to go back to the museum and stand by the dinosaur display anymore, I’m totally happy with that.”

Officials with the tribe in the US will now turn their attention to what happens next. Sinixt descendants aim to protect cultural resources and sacred sites in British Columbia.

“This will also allow us to begin developing better relationships with the ministries in British Columbia. ... We want to reunite our people back into a confederacy.”

“This will also allow us to begin developing better relationships with the ministries in British Columbia,” said Rodney Cawston, a Sinixt descendant and chairman of the Confederated Tribes of the Colville.

“We want to reunite our people back into a confederacy.”

He said that not only goes for the Sinixt in the United States, but also for those descendants who still live on other reserves in Canada.

“And we will begin looking at our Aboriginal title to our traditional homelands,” he added.

Cawston would not say for sure if the Sinixt will seek reparations from the Canadian government.