When major companies like Amazon and Netflix fixed their attention on India, it seemed like a match made in heaven for filmmakers.

Streaming platforms in India offered an escape from the tyranny of the opening weekend box office numbers and censorship rules that hem in mainstream Indian cinema and TV.

But that brief spring of contentment might end soon.

The Indian government is bringing online news outlets and streaming platforms under the Ministry of Information and Broadcasting. The shift could usher in new layers of bureaucracy, regulation and censorship when it comes to creating online content in India.

Filmmakers and storytellers like Hansal Mehta were excited when, in 2018, Netflix released “Sacred Games,” its first Indian original, made in Hindi, based on a 900-plus page English novel from 2006 about gangsters and cops on a race against time to save Mumbai.

Mehta said it opened up “the prospect of being able to tell stories that don’t necessarily fit into a mainstream format.”

He felt like all of a sudden, a “Breaking Bad” kind of show was possible in India.

“We finally have an Indian series to binge and quote and argue over, and hasn’t that been our streaming dream?”

“Sacred Games” took on religion, sexuality, politics and gender more frankly than usual. Film critic Raja Sen wrote, “We finally have an Indian series to binge and quote and argue over, and hasn’t that been our streaming dream?”

Other series quickly followed: “Inside Edge,” a cricket and crime drama; “The Family Man,” about a terrorist attack; “Made In Heaven,” a series about big, fat Indian weddings with a gay lead. Now, with new regulatory oversight, India’s “streaming dream” may be dimmed.

But India’s constitutional debates about freedom of expression began long before Amazon and Netflix and the current government, said Salil Tripathi, chair of Writers in Prison Committee of PEN International.

In the 1950s, India’s Parliament passed the First Amendment to the constitution, placing restrictions on the media, unlike the United States’ First Amendment guaranteeing free speech, said Tripathi.

Related: 'Pelé' on Netflix kicks up questions on race and democracy in Brazil

The restrictions intended to preserve social harmony between India’s myriad, diverse groups. In 1988, India banned the import of Salman Rushdie’s “Satanic Verses,” for example, because Muslim groups protested. Since then, all kinds of  books and films have faced bans. Tripathi said he can’t think of any major political party which “has not banned something in India.”

Recently, a jewelry company’s feel-good ad featuring a Hindu-Muslim couple caused outrage with some groups. A few threats were lodged against the company's stores. The company pulled the ad and apologized.

“If you’re not going to keep your ad out there, don’t make your ad. It’s terrible because it does more injustice to the cause."

“If you’re not going to keep your ad out there, don’t make your ad. It’s terrible because it does more injustice to the cause,” she said.

Chauhan pointed out that a new Amazon Prime web series named “Tandav,” a political thriller, is going through the same cycle and that Amazon is “groveling all over the place” for it. The series got Amazon into hot water due to some of its comments about the Hindu god, Shiva, and the caste system. Even though various scenes were deleted, citizens filed at least 10 complaints to the police in six states.

Amazon Prime Video’s India head had to file for anticipatory bail in case they were arrested on the basis of those complaints. A judge remarked that filmmakers seemed to take liberties with Hindu gods in a way they would not do with Jesus or the Prophet Muhammad.

And “Tandav” is not the only web series to run into trouble.

A children's rights body wants the series “Bombay Begums” taken offline for its portrayal of minors, sex and drugs. A complaint was filed against the social saga, “A Suitable Boy,” with an inquiry about a kissing scene possibly filmed inside a temple.

The government says new guidelines under the Ministry of Information and Broadcasting will actually help everyone by creating clear standards. It wants to set up a grievance redressal mechanism, said Ravi Shankar Prasad, the law minister as well as a minister of information and technology.

Platforms would need to register a grievance within 24 hours and resolve it within 15 days. Complaints about sex and nudity that compromise the dignity of users must be removed within 24 hours.

“This particular provision is designed to respect the dignity of the woman in India,” Prasad said. 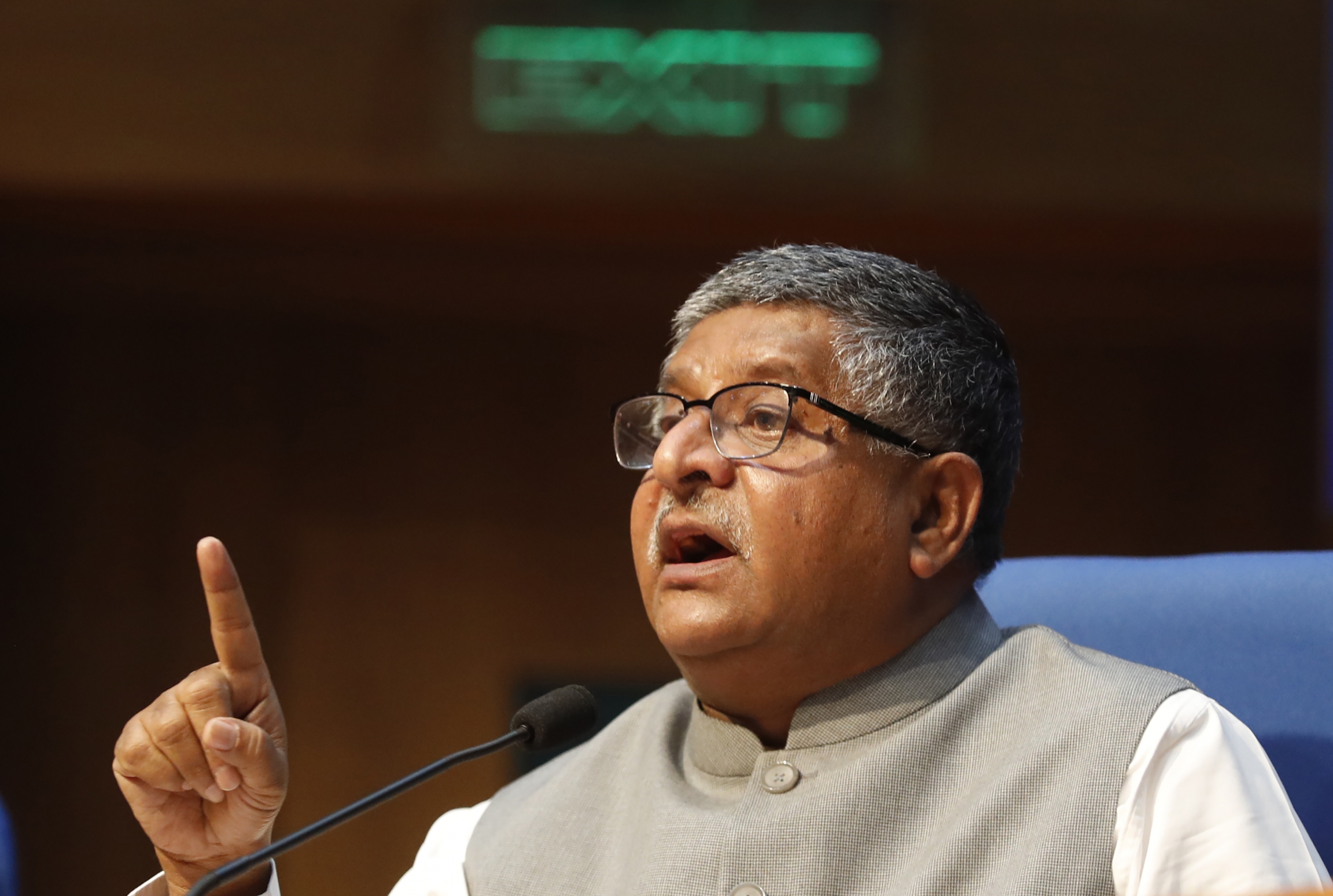 Filmmaker Mehta is not opposed to a unified set of guidelines, but he worries that ultimately, it’s a government committee that has the authority to demand apologies or delete content it deems offensive.

“If you don’t like something, don’t watch it, don’t read it, campaign against it, write a better book.”

Tripathi, also the author of a book called “Offence: The Hindu Case,” said that people do have the right to be offended. But he also said there’s a simple solution: “If you don’t like something, don’t watch it, don’t read it, campaign against it, write a better book.”

Instead, a purported offense can lead to court cases that could drag on for years. A comedian could find himself in lockup for a joke. Tripathi said this can have a chilling effect on the future of creative media in India.

Mehta understands this threat all too well. About 20 years ago, a line in one of his films upset a political party. He said the line was blown up out of context but he was roughed up and assailants blackened his face with ink.

“I know something within me completely died,” said Mehta. “As a creative person, I died a slow death.”

It took him 11 years to make another film. That film was about a human rights lawyer named Shahid who faces threats for his work and also had his face blackened outside a courthouse.

“It is an autobiographical moment,” Mehta said. “It was me.”

He has made offbeat films since then that grapple with controversial real-life stories: the human rights of terror suspects, a gay professor facing blackmail, a stockmarket scam. He said streaming has actually given these films a new lease on life.

“[Streaming] has opened up a word of possibilities for us as filmmakers and storytellers. It has given us our audience.”

“It has opened up a world of possibilities for us as filmmakers and storytellers. It has given us our audience.”

Mehta remains optimistic about the future of streaming in India and he, for one, is willing to test out the new guidelines.