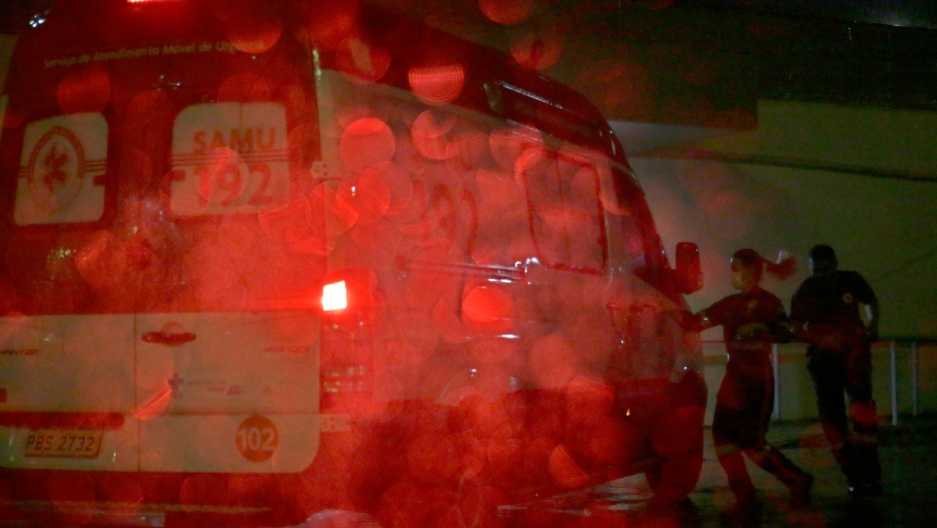 Seen through a rain-drenched window, healthcare workers of the public Mobile Emergency Service rush to their ambulance to transport a patient in Brasilia, Brazil, March 31, 2021.

For the first time on Tuesday, Brazil became the third nation to report a daily COVID-19 death rate exceeding 4,000. Only Peru and the US have had daily death tolls higher than 4,000. The coronavirus crisis in Brazil, exacerbated by the country’s president, Jair Bolsonaro, who has opposed lockdown measures to prevent the spread of the virus, has led to a pandemic toll quickly approaching 340,000 — the second highest in the world behind the US.

And India on Wednesday has again reported a record number of new COVID-19 infections in a country where cases have been surging since March. Health officials reported a record of 115,736 cases topping another record the Asian country set only on Monday. Over half of the daily new cases are being reported in the western state of Maharashtra, home to India’s most populous urban area of Mumbai.

While countries like Brazil and India are struggling to keep up with the surges in cases, New Zealand’s Prime Minister Jacinda Ardern announced plans to open a quarantine-free travel bubble with neighboring Australia after both countries have shown success in stopping the spread of the coronavirus.

An Iranian ship identified as the Saviz was damaged on Tuesday by an alleged Israeli mine attack, The New York Times reported. An Iranian foreign ministry spokesman said this is a nonmilitary vessel acting as Iran’s “logistic station” in the Red Sea. The attack comes as officials from the US and Iran, as well as signatories to the Joint Comprehensive Plan of Action (JCPOA), have resumed talks in Vienna to try to bring the US and Iran back into compliance with the 2015 deal. Casualties from the attack are unknown.

And initial voting results in Greenland are in after Tuesday's parliamentary election that captured global attention (🎧). Greenland’s main opposition party, the Community of the People party (Inuit Ataqatigiit) — which campaigned against a controversial rare-earth mining project — took home more than a third of votes, positioning it to form a coalition government. The mining project at the center of the election is owned by Greenland Minerals who was seeking a license to operate the Kvanefjeld mine. That mine is thought to hold the largest deposit of rare-earth metals outside of China, whis is vital for future production of products such as smartphones and electric cars.

‘This island is a prison’: Migrants say plan for a refugee camp on Lesbos is too isolating 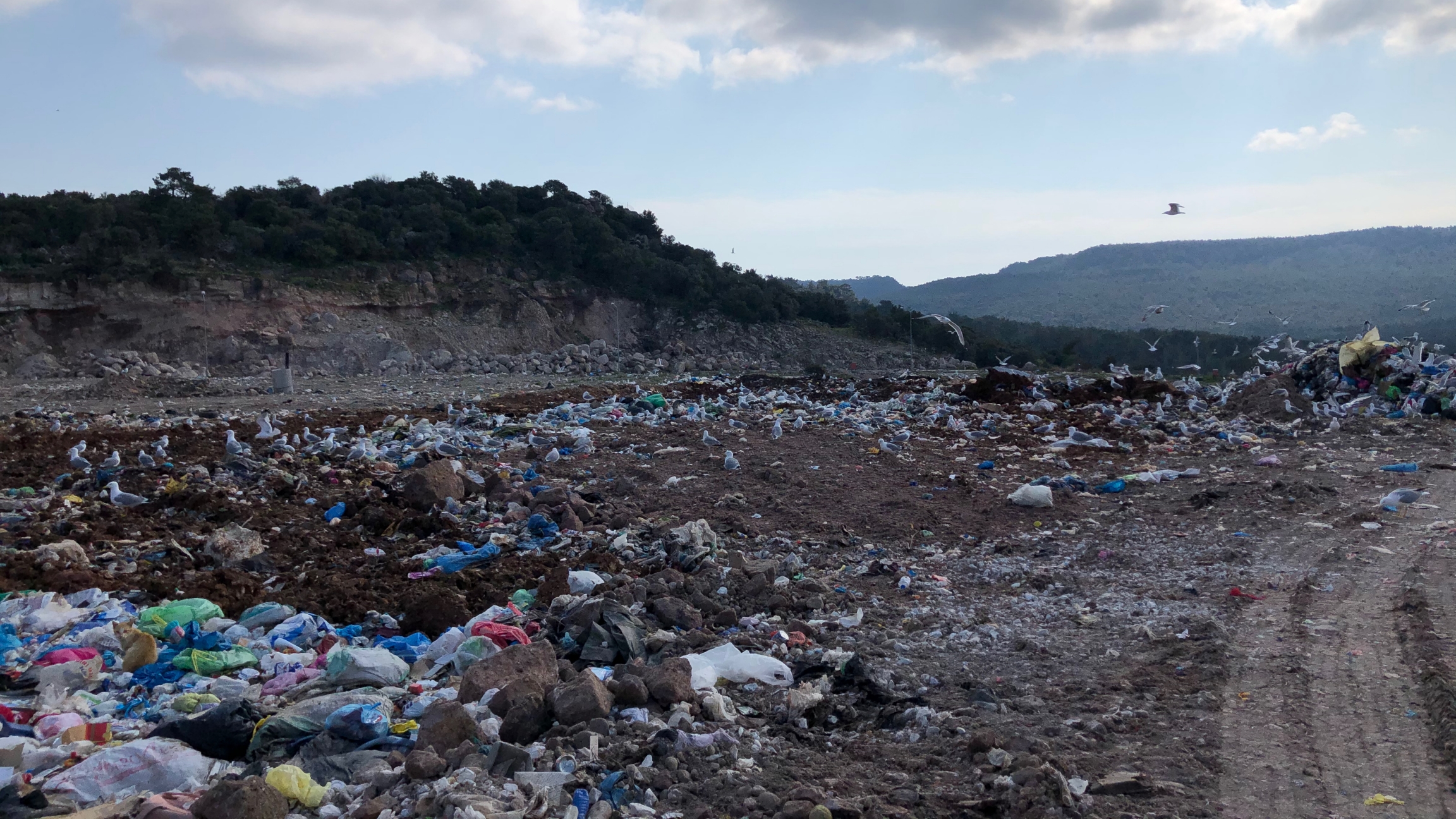 The new migrant facility on Lesbos will be built next to an active landfill, according to a map published by local media in the fall.

The European Union has announced a quarter-billion euros in funding for five new refugee camps on Greek islands, including on Lesbos. Some are worried the new site will not improve conditions for migrants on the island.

More transgender people are hiding their identity at work in the UK. Why? 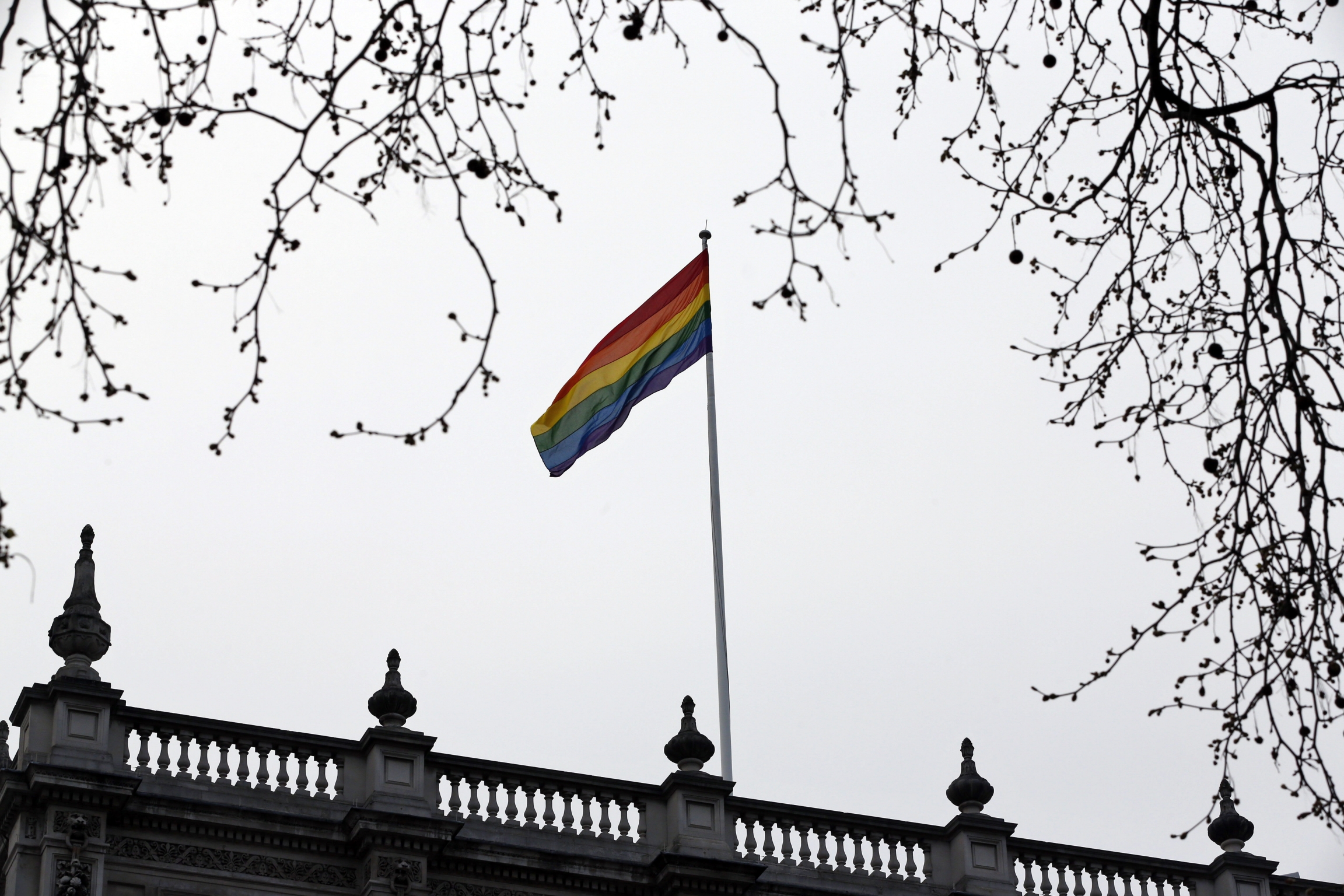 The rainbow flag, a symbol of the lesbian, gay, bisexual, and transgender community, flies over the British Government Cabinet Offices building, in central London, Friday, March 28, 2014.

A recent survey by UK recruitment company Totaljobs indicates that over two-thirds of transgender people nationwide continue to conceal their identity at work — and the numbers are increasing. By contrast, five years ago, the figure was 50%. Some draw a connection to a larger political debate.

The founding father of Afrobeat, the late Nigerian star Fela Kuti, has been nominated to the Rock & Roll Hall of Fame. Today, it's Fela's children and grandchildren who carry on his musical legacy. Made Kuti's debut album "Forward," — released in February — is actually part two of a double album created with his father, Femi, Fela Kuti's son. It's an ode to the Afrobeat genre, which speaks out about social woes. The World's Halima Gikandi spoke to Made Kuti 🎧 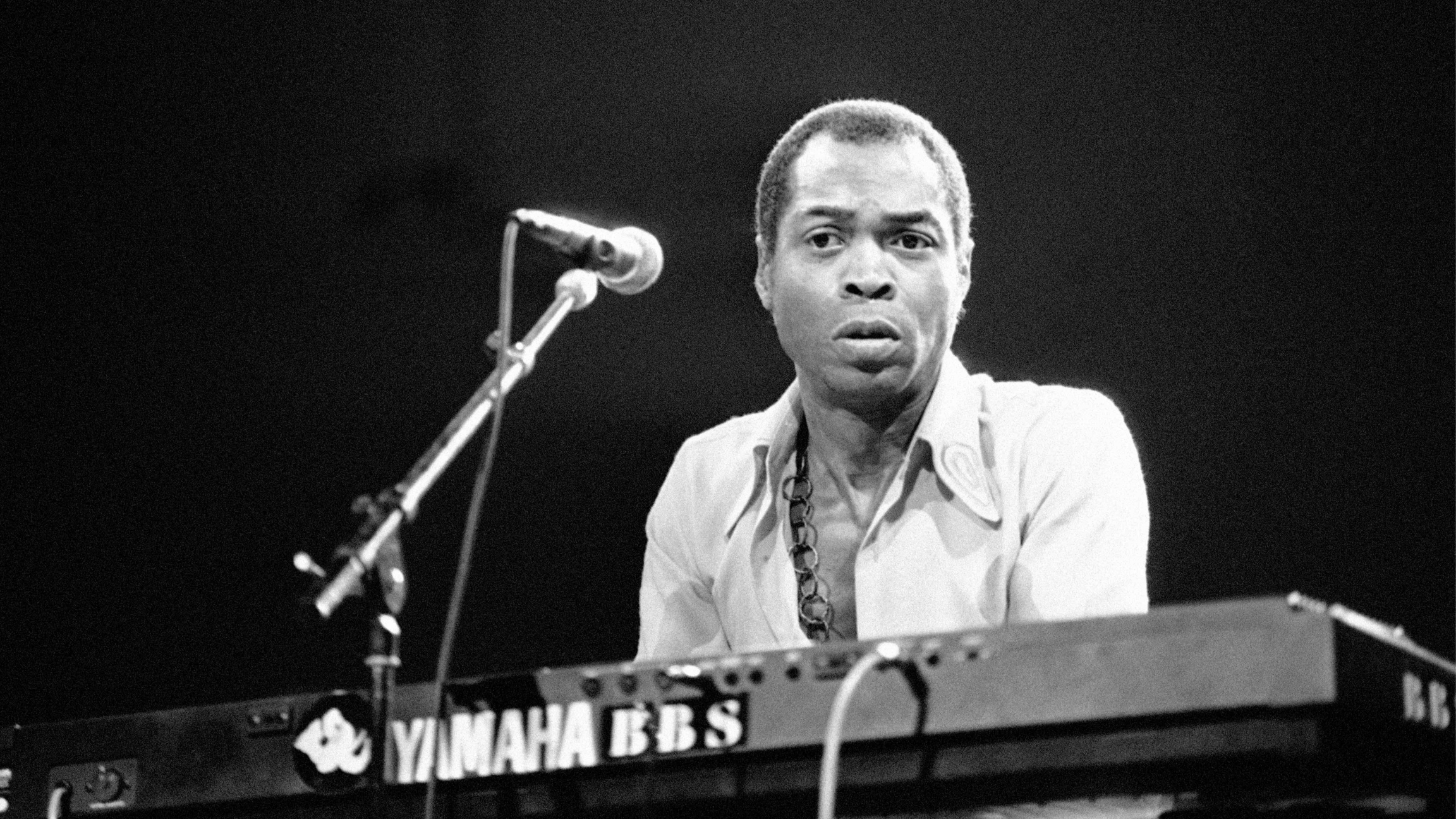 Nigerian musician and composer Fela Anikulapo Kuti plays the keyboard on September 13, 1986 at the "Party of Humankind" of the French Communist Party at La Courneuve in Paris, France.

Listen: The challenge of developing a variant-proof vaccine 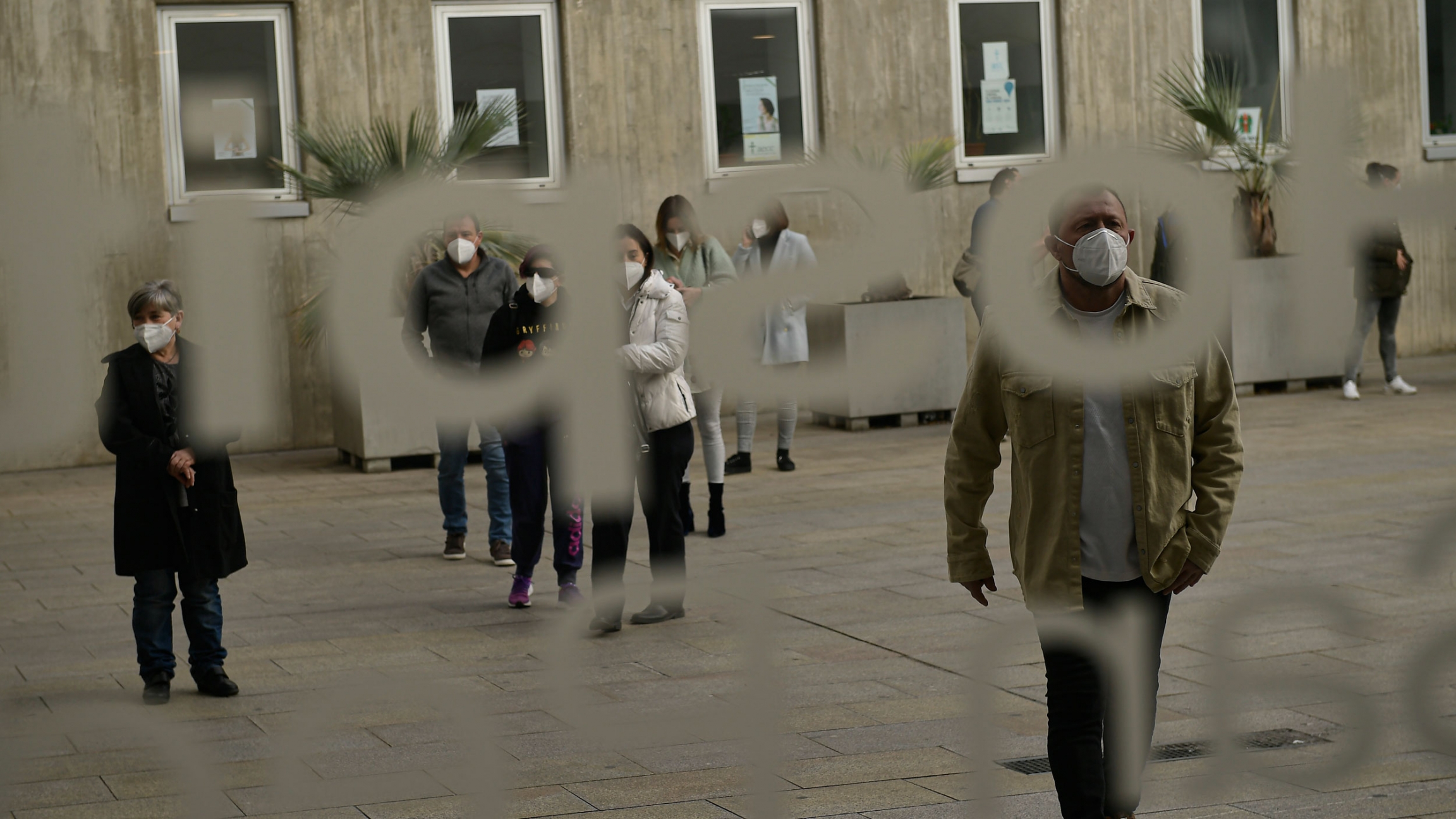 The world needs a coronavirus vaccine that can protect people against emerging variants. But this idea — a vaccine to combat multiple strains — is easier said than done. And, the number of transgender people who hide their identity at work has risen sharply in Britain. Also, a few years ago, banning plastic straws was the hot environmental trend. China is on board and banned disposable plastic in restaurants at the beginning of this year, generating a backlash from bubble-tea fans.