The United States, along with other signatories to the Iran nuclear deal, will meet in Vienna next week in an attempt to bring the US and Iran back into compliance with the 2015 agreement.

After Friday’s virtual meeting of the Joint Commission of the Joint Comprehensive Plan of Action (JCPOA), high-level officials from the EU, China, France, Germany, Russia, Britain and Iran said they were ready to welcome the US back to the JCPOA, and “emphasized their commitment to preserve the deal and discussed modalities to ensure the return to its full and effective implementation," the meeting statement says.

Next week’s follow-up talks in Vienna are scheduled “in order to clearly identify sanctions lifting and nuclear implementation measures,” but there are no plans for direct discussions between US and Iranian officials.

Former President Donald Trump pulled the US out of the JCPOA in 2018, which placed strict, yet temporary limits on Iran’s nuclear activities in lieu of suspending international economic sanctions. Rejoining the agreement is a priority for the Biden administration, but there is no agreement on the conditions and timing for that to happen.

In eastern Taiwan, a fatal train crash has claimed the lives of at least 48 people on Friday, and at least 100 others were injured, making it Taiwan’s deadliest rail disaster. When a construction truck knocked the train off its tracks, passengers had to climb out of windows and walk along the roof to reach safety. The crash occurred on the first day of a long holiday weekend in Taiwan, when many were using the country’s extensive railway system. At least 400 people were on the train when the truck hit the train. There were no immediate arrests and an investigation will be launched.

And, in Ethiopia’s northern Tigray region, a UN humanitarian official warned Thursday of an ongoing crisis, pointing to targeted mass killings, over 500 recent rape cases, forced displacement, rampant looting, and famine. UN official Wafaa Said, who spent 2 1/2 months in the conflict-torn region, said the impact is hard to measure because of blacked-out communications in large parts of the area. The crisis led to a full-on war in November, after tensions mounted between the federal government and regional Tigray leaders. Fierce fighting reportedly continues despite earlier declarations that the federal army was in “full control” of Tigray. 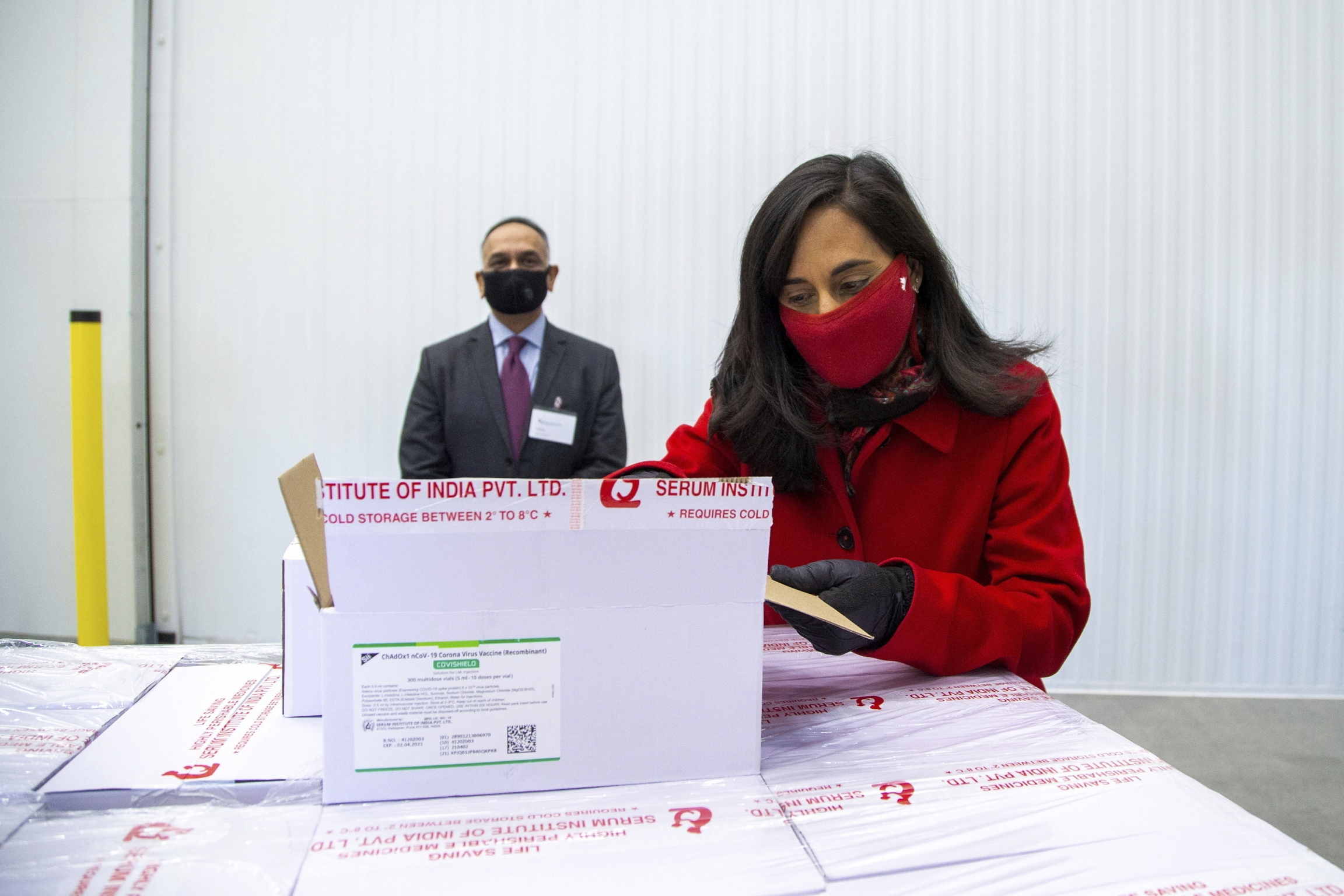 Canada's Minister of Public Services and Procurement Anita Anand opens a box with some of the AstraZeneca COVID-19 vaccine doses that Canada has secured through a deal with the Serum Institute of India in partnership with Verity Pharma at a facility in Milton, Ontario, March 3, 2021.

For decades, the small Canadian company, Biolyse Pharma, has specialized in making injectable cancer drugs at its plant in St. Catharine’s Ontario. When the pandemic hit, co-founder Claude Mercure watched from the sidelines as vaccine inequities unfolded globally. He wanted to help.

Can K-pop stars wield their celebrity to influence climate action? 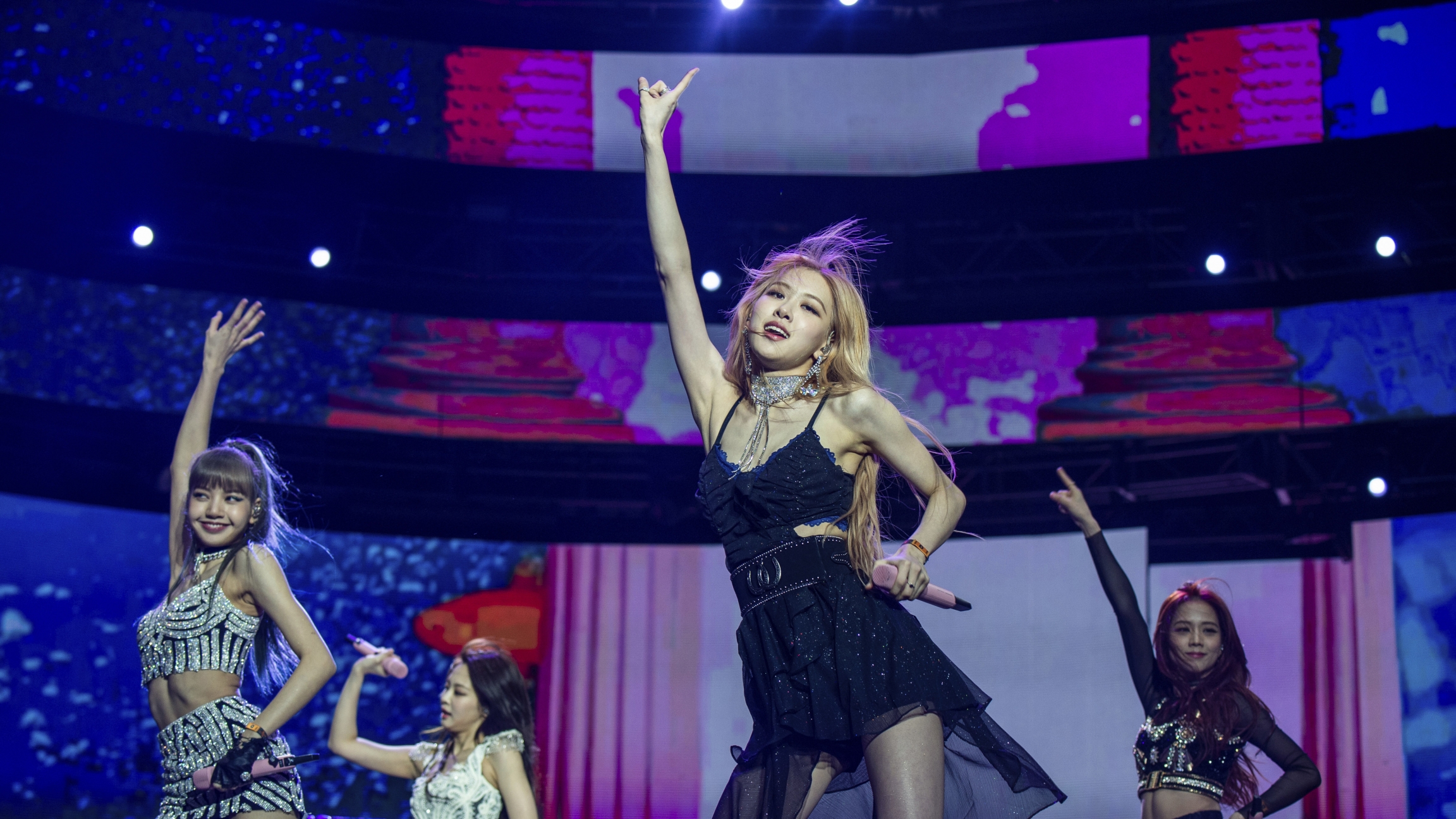 Lisa, from left, Jennie Kim, Rose, and Jisoo of Blackpink perform at the Coachella Music & Arts Festival in Indio, California, on April 12, 2019.

Blackpink, one of the biggest pop bands in the world, has garnered billions of views of their music videos on YouTube. In December, they put out another kind of video: a climate change announcement expressing concern for the environment. Soon after its release, Blackpink was named a cultural ambassador to COP26, the upcoming United Nations’ climate talks in Glasgow.

A submersible has reached the wreck of the USS Johnston 4 miles under the Phillippine Sea in the Pacific Ocean, the deepest-known shipwreck in the world. After several attempts, explorer Victor Vescovo along with an engineer, and a naval historian, on separate dives, were able to survey and film the ship. The US Navy destroyer sunk in 1944 after a battle with a fleet of Japanese warships.

Just completed the deepest wreck dive in history, to find the main wreckage of the destroyer USS Johnston. We located the front 2/3 of the ship, upright and intact, at a depth of 6456 meters. Three of us across two dives surveyed the vessel and gave respects to her brave crew. pic.twitter.com/N1AuzHIi0b 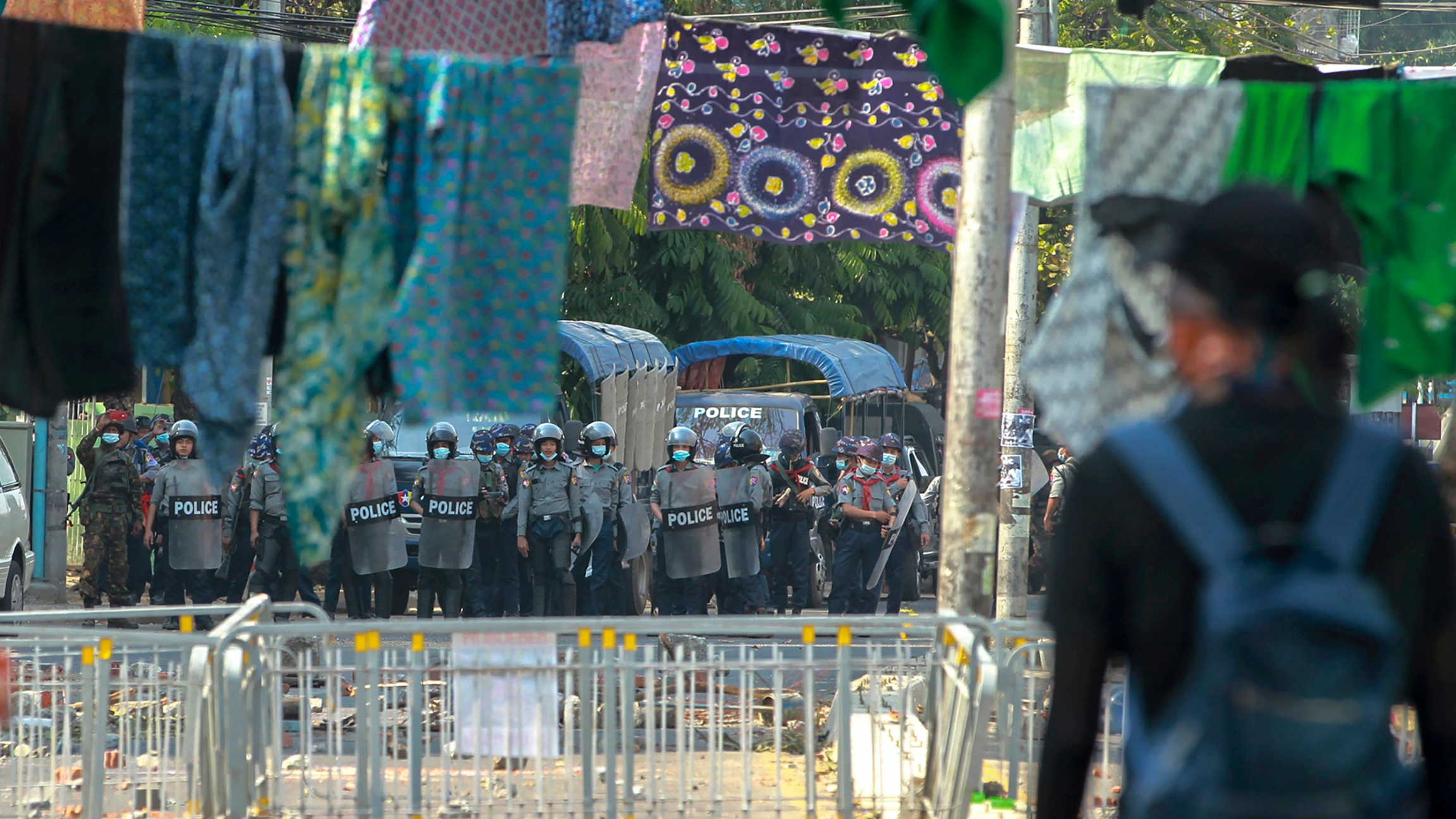 Anti-coup protesters stand behind a line of clothing hanging across a road to deter security personnel from entering the protest area in Yangon, Myanmar, March 9, 2021.

Myanmar’s military regime has killed more than 500 unarmed civilians since seizing power in a coup eight weeks ago. But the troops aren't just killing protesters. They’re also shooting at medics, nurses and EMTs who try to save the lives of injured protesters. And, across Africa, new daily cases of the coronavirus are rising at an alarming rate. Also, Apple announced that its iPhone digital assistant, Siri, would not by default be a woman's voice.