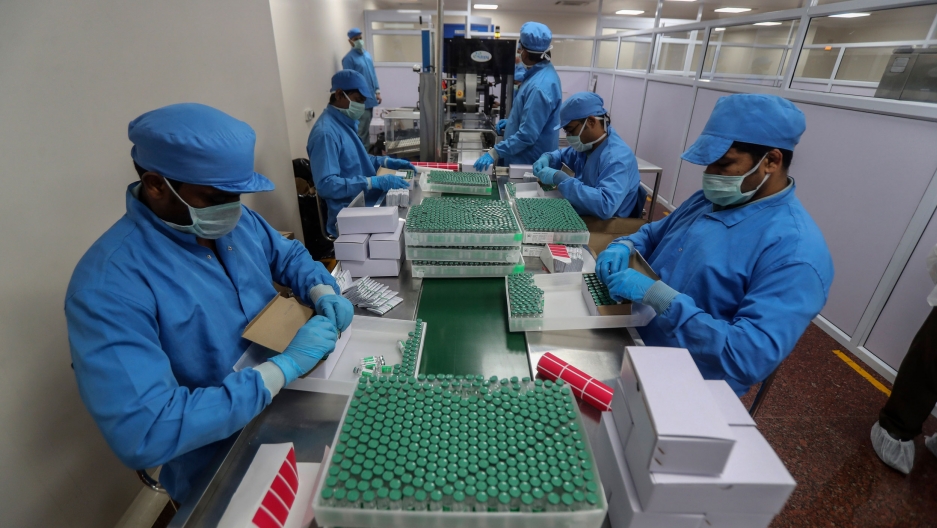 With rising COVID-19 cases in India, the country’s Serum Institute, a major supplier of vaccines worldwide, has announced a hold on exports of as many as 90 million doses the Oxford-AstraZeneca coronavirus vaccine destined for COVAX, the global effort led by the World Health Organization that aims for a fair distribution of vaccines among world nations.

The temporary hold could have a catastrophic impact on Africa’s vaccination plans, according to the director of the Africa Centers for Disease Control and Prevention, John Nkengasong. The African Union had projected to vaccinate 20% to 30% of the continent’s population by the end of 2021, and it relies on supplies from COVAX to achieve its vaccination targets.

And pharmaceutical company Johnson & Johnson announced that a COVID-19 vaccine ingredient supplied by Emergent BioSolutions had failed quality standards, rendering a batch of the vaccine unusable. The company announced the batch has been discarded but did not specify how many shots were affected.

The J&J vaccine is viewed as crucial for vaccination campaigns around the world, because only one shot is required and it can be shipped and stored at standard refrigeration temperatures.

The US and the Organization for Security and Cooperation in Europe (OSCE) are raising concerns about what appears to be an escalation of tension between Russia and Ukraine. Officials say Russia has increased its troop presence on its border with Ukraine and four Ukrainian soldiers were recently killed and another seriously wounded in a clash with Russian-backed troops, violating the ceasefire in the eastern Donetsk Region.

And, seven of Hong Kong's most prominent pro-democracy campaigners, including media tycoon Jimmy Lai and Martin Lee, founder of the city’s Democratic Party, have been found guilty of unlawful assembly related to organizing and participating in a march during massive anti-government protests in 2019. The group of seven, all of whom had pleaded not guilty, will be sentenced at a later date and could face up to five years in prison. Some of them are facing other charges related to the controversial Beijing-imposed national security law, introduced in response to the 2019's mass protests. 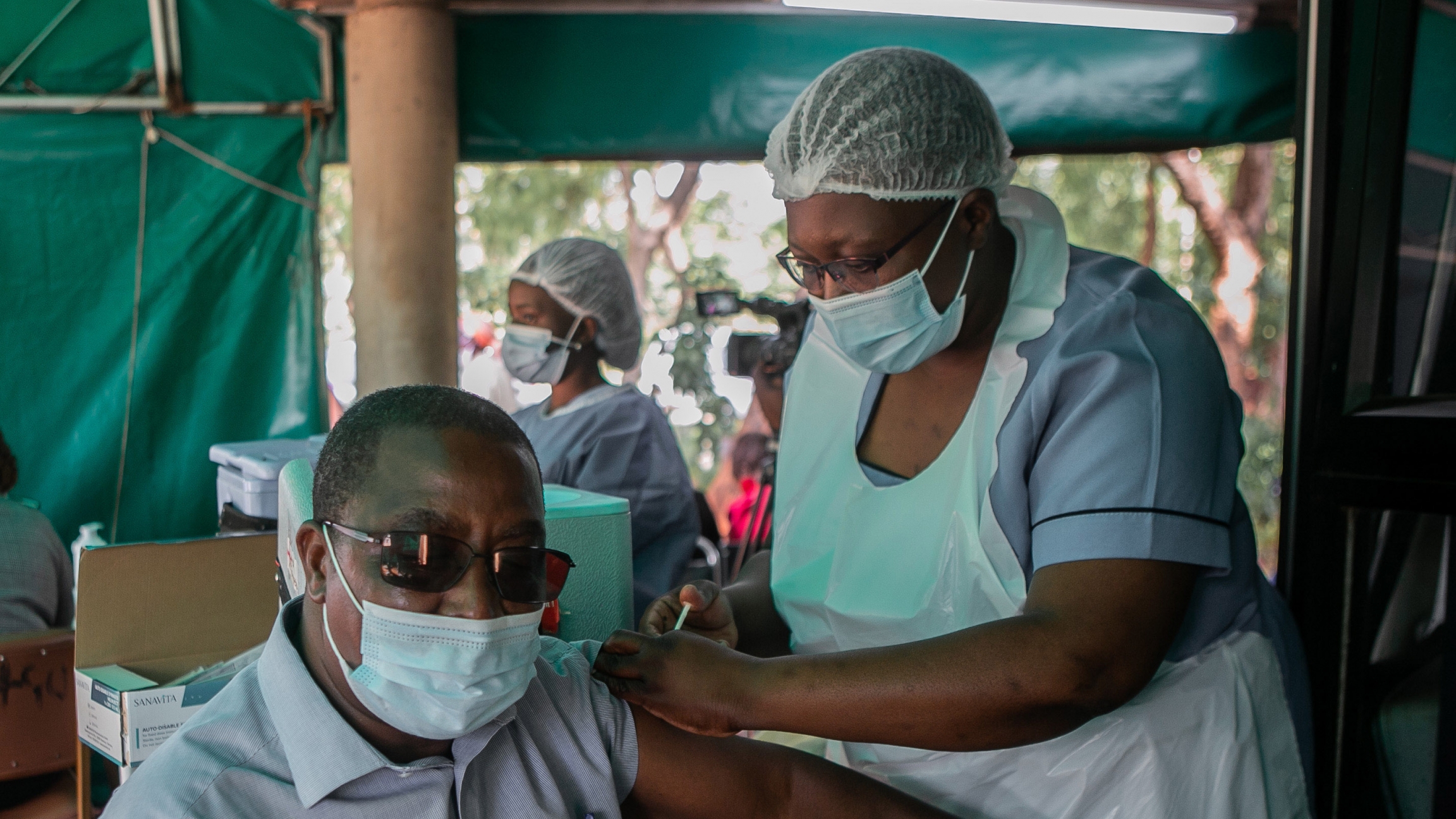 A citizen gets a Sinopharm vaccine against the coronavirus at the Zimbabwean main vaccination center, Wilkins Hospital, March 31, 2021, in Harare.

More than a month after Zimbabwe started administering Sinopharm, the Chinese-made COVID-19 vaccine, the country has struggled to surpass the 75,000 mark as some front-line health workers — including doctors and nurses — are skeptical about its efficacy. Now, amid a sharp increase in COVID-19 cases over the last few months, the government is hoping for an uptick as the vaccination floodgates have now opened to almost everyone. 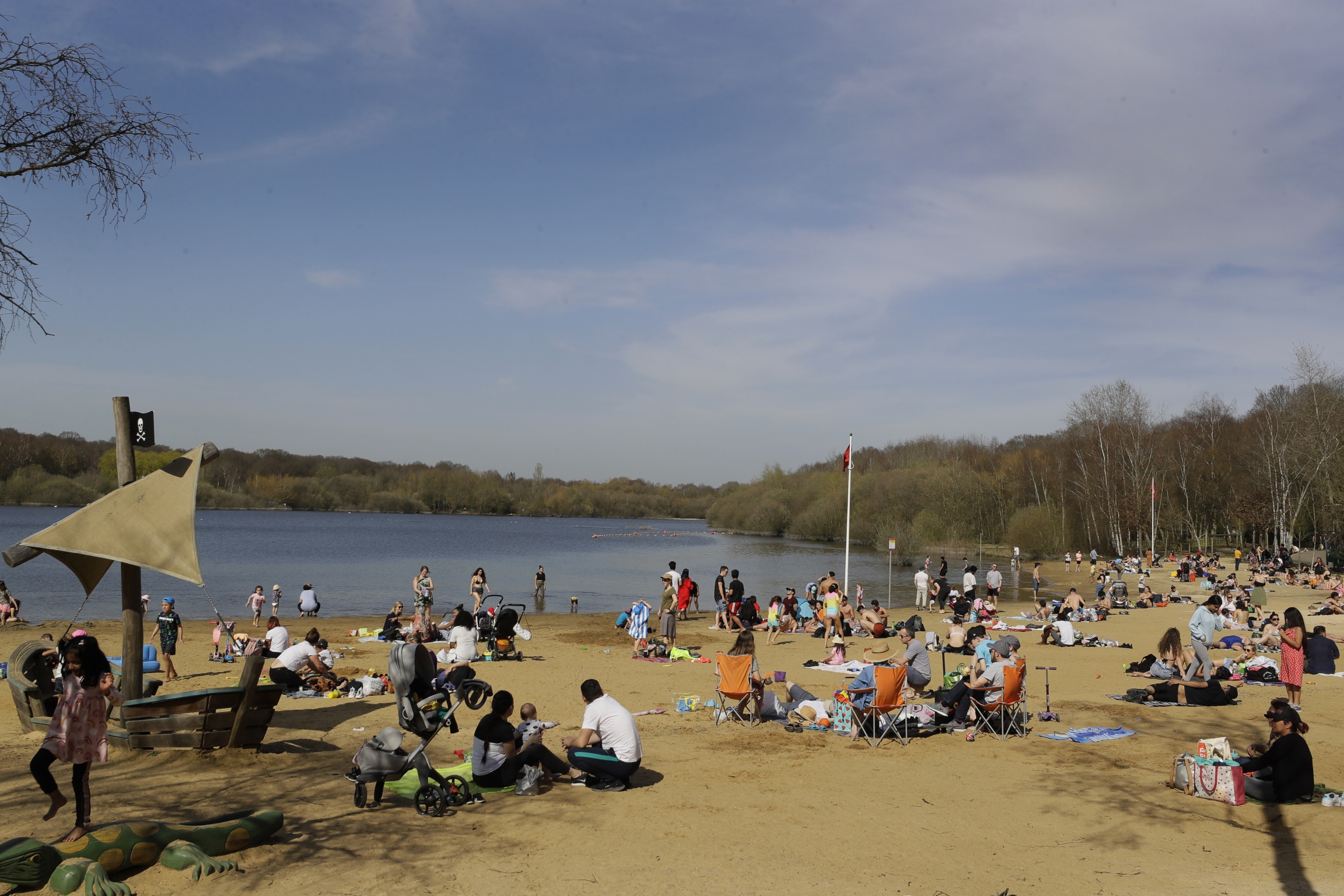 People enjoy the warm weather at Ruislip Lido in London, March 30, 2021. Temperatures in parts of the UK are expected to be significantly warmer this week as families and friends are reunited and outdoor sporting activities are allowed to resume in England.

For the last five months, Britain has been living under its strictest, legally mandated lockdown yet since the start of the pandemic. But now, as vaccination rates have risen and death rates have fallen, a gradual unlocking has begun, starting with outdoor leisure facilities. That includes lidos — a very British institution — some heated, some definitely not.

Brazil — Latin America’s largest country — is experiencing a deepening crisis with the coronavirus pandemic. As part of The World's regular series of conversations about the pandemic and as a special in our podcast feed, reporter Elana Gordon moderated a discussion with Marcia Castro, chair of the Department of Global Health and Population at the Harvard T.H. Chan School of Public Health, who addresses the situation in Brazil.

Cruise ships navegating through Venice's waters may be a thing of the past. Italian officials have once again approved a ban on cruise ships — considered an eye sore for many Venetians— entering the city's historic center. The move follows a request from UNESCO and could also improve environmental conditions for the city's water ways by eliminating the pollution caused by the ships. With the ban, cruise companies will have to dock at the city's industrial port.

Italian authorities have approved a ban on cruise ships entering the historic centre of Venice.

The country's culture minister said on Wednesday that the decision came in response to a request from UN cultural body Unesco. https://t.co/qvcpWFJNgE

Listen: A political shake-up in Brazil as the country faces a coronavirus surge 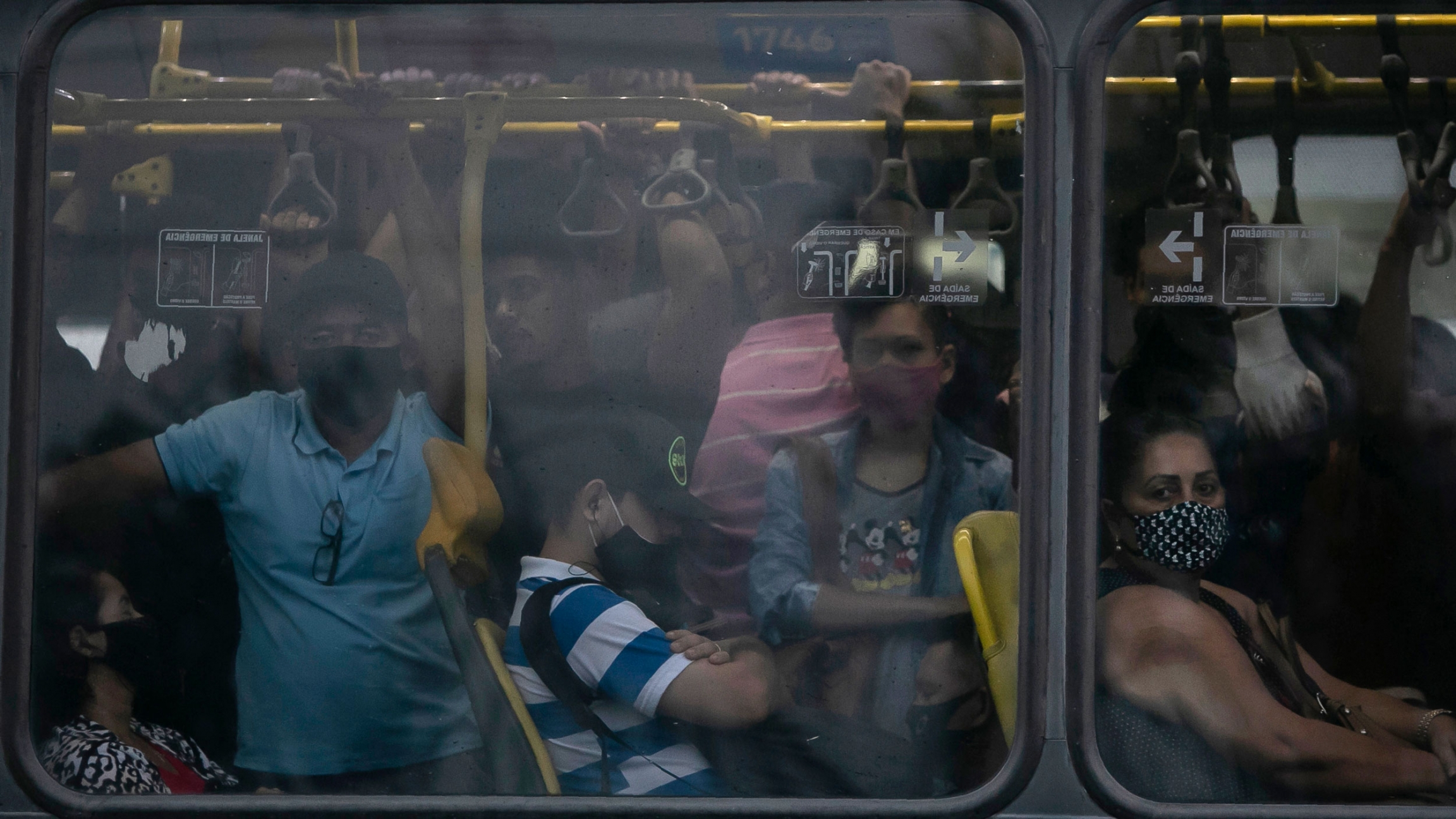 Brazil’s top military commanders resigned Wednesday following a shuffling of President Jair Bolsonaro’s Cabinet. The political shake-up comes amid a worsening crisis over the coronavirus in the country where emergency rooms are beyond capacity. Also, US President Joe Biden unveiled his $2 trillion infrastructure plan on Wednesday. He framed the eight-year spending plan as a program to create jobs, promote racial equity and tackle the climate crisis. And, while France is locking down to prevent a third wave of the coronavirus, artists are demanding that theaters and live performances return.