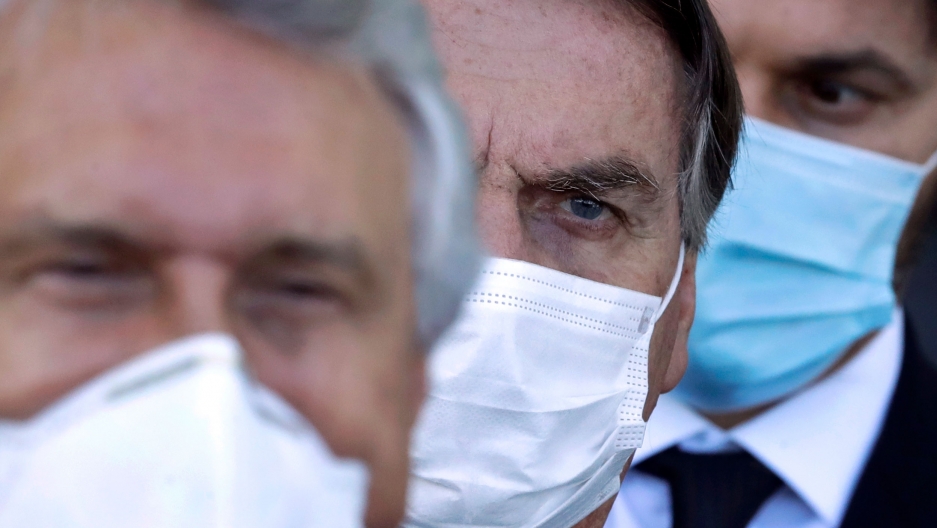 Brazilian President Jair Bolsonaro, center, arrives for a press conference following a meeting about the federal government's response to the COVID-19 pandemic at the presidential residence Alvorada Palace in Brasilia, Brazil, March 24, 2021.

As Brazil slides deeper into its COVID-19 crisis, President Jair Bolsonaro on Tuesday announced his biggest Cabinet reshuffle in two years, replacing six ministers. It's the latest turmoil for the embattled right-wing president. Critics argue the move is part of a strategic effort to bring more of a coalition of right-wing parties that support Bolsonaro into Congress, which could be critical to the controversial president’s political survival.

The shuffle comes amid strain of COVID-19 infections that is crippling almost all of the states’ intensive care units. Bolsonaro has been criticized for his handling of the pandemic and accused of alienating vaccine suppliers while consistently sabotaging lockdown restrictions.

A deepening coronavirus crisis in Brazil 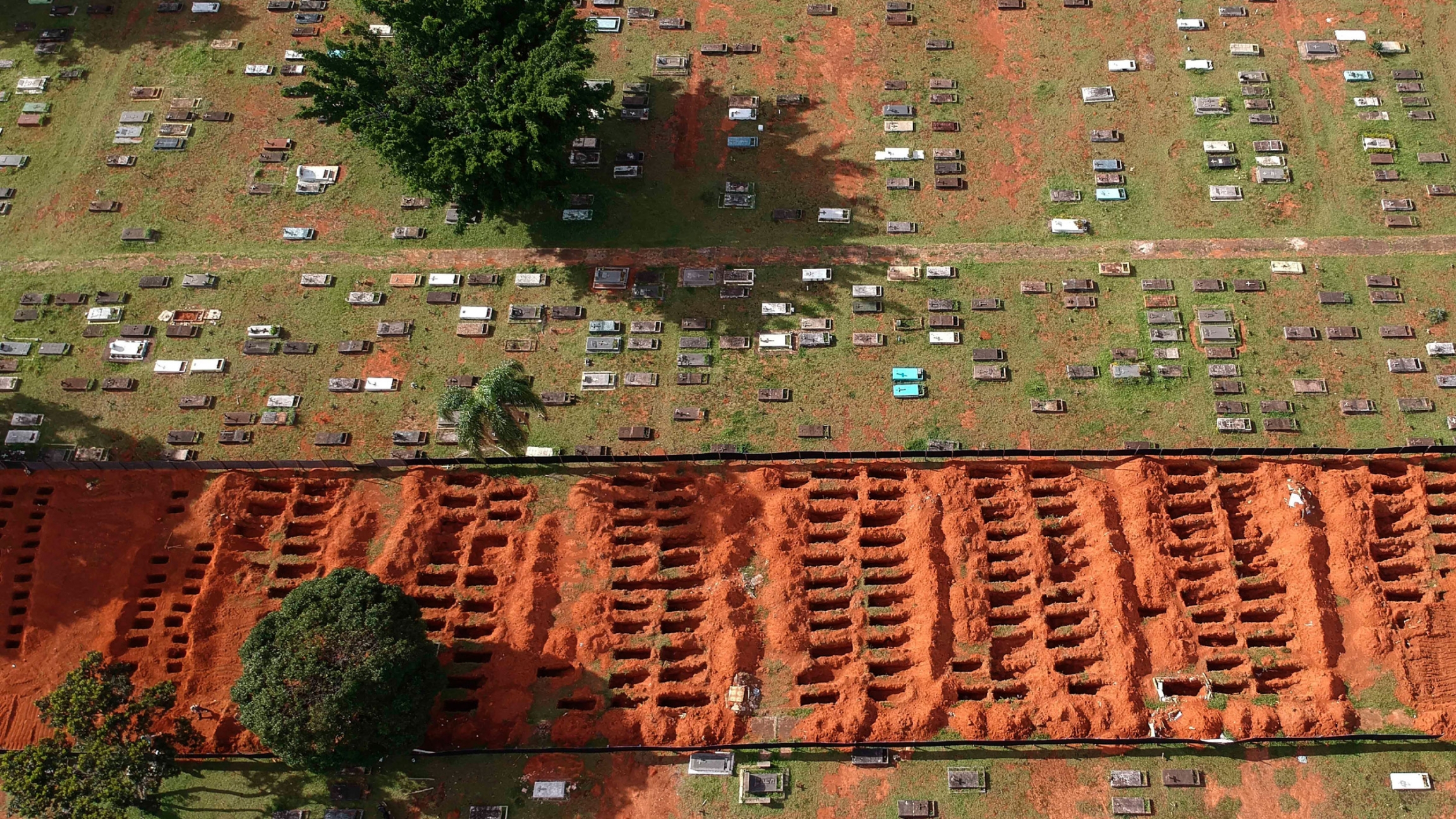 Brazil — Latin America’s largest country — now accounts for one-quarter of the world’s daily COVID-19 deaths — far more than any other single nation — and health experts are warning that the nation is on the verge of even greater calamity.

As part of The World's regular conversation series about the pandemic, reporter Elana Gordon will take your questions and moderate a discussion with Marcia Castro, chair of the Department of Global Health and Population at the Harvard T.H. Chan School of Public Health on Tuesday, March 30, 2021, at noon Eastern time. Stream the conversation here.

China on Tuesday cut the number of directly elected seats in Hong Kong’s Legislature in another setback for the democracy movement as part of a two-phase effort to clamp down on political protest. The sweeping changes enacted by Beijing in Hong Kong expands the Legislature seats to 90, with only 20 elected by the public. The move follows a previous measure that ensures only "patriotic" figures can run for positions of power.

And in Mexico, there is growing public outrage over the death of a Salvadoran woman who died in police custody in the resort town of Tulum on Saturday. Video footage circulating online shows Victoria Esperanza Salazar, 36, pinned face down with an officer kneeling on her back. An autopsy has confirmed that Salazar died from a broken neck. The video shows officers standing around her motionless, chatting, and then later lifting her body onto a police pickup truck to drive away. Mexican President Andrés Manuel López Obrador said Monday that those responsible would be punished. 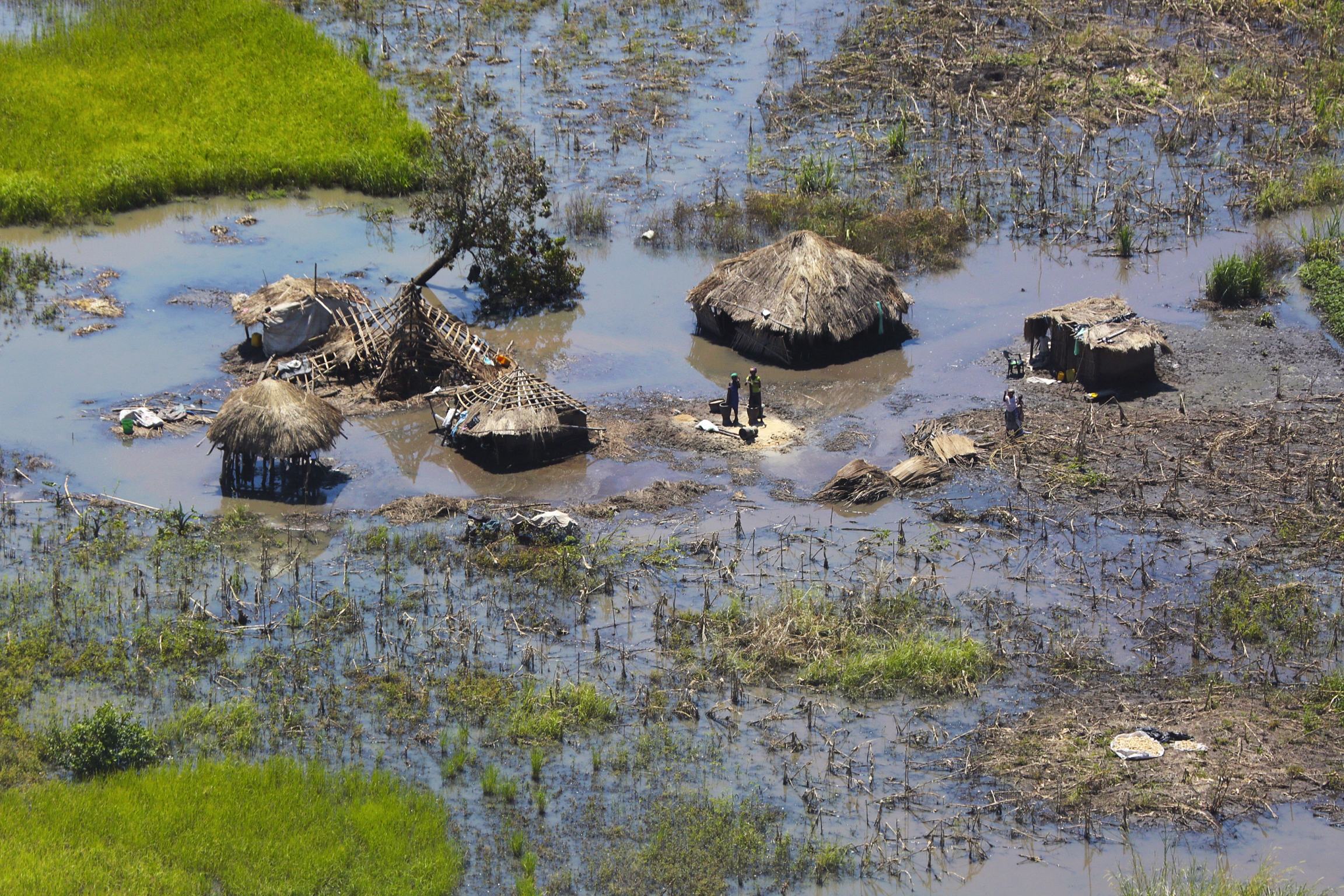 People stand outside their submerged homes near Nhamatanda, about 80 miles from Beira, in Mozambique, on March 26, 2019. Northern Mozambique’s humanitarian crisis is quickly growing with more than 650,000 people displaced by the Islamic extremist insurgency in the Cabo Delgado province, and nearly 1 million people in need of humanitarian aid, according to international aid groups on March 16, 2021.

While many workers in the natural gas industry were evacuated by helicopters and boats in rescues staged by private security and logistics companies, others have fled to neighboring Tanzania, or are still stranded in Palma and surrounding areas in Cabo Delgado.

Since 2017, Cabo Delgado has been increasingly wracked by violence by a local Islamist militant group called Ahlu Sunna Wal Jammah, and referred to locally as al-Shabab. In a short time, the group linked to ISIS has cultivated a reputation for brutal attacks on civilians. 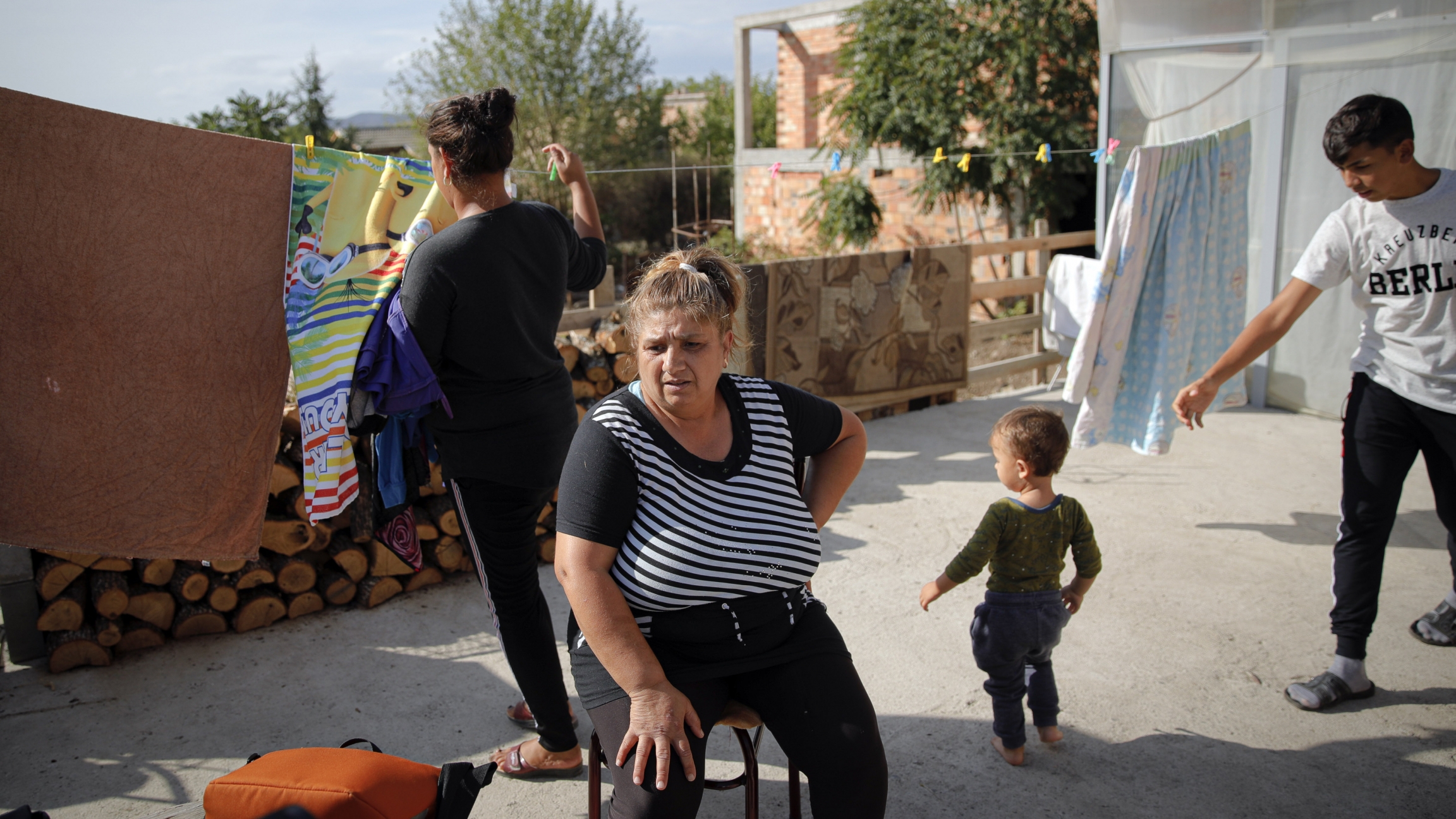 Azime Ali Topchu, 48, a Bulgarian Roma woman, pauses during an interview with The Associated Press in a village on the outskirts of Burgas, Bulgaria, Sept. 28, 2020.

A new bill under consideration in the Czech Republic could compensate women who were involuntarily sterilized up to $13,000. Roma women and activist groups say reaching this stage is a huge milestone.

For UK photographer and anthropologist Liz Hingley, the COVID-19 crisis brought home the need to rebuild a connection with the natural world. She began the "Nature of Care" project (🎧) 10 months ago to help nurses and doctors in London cope with pandemic-induced stress and anxiety by teaching them nature photography skills. 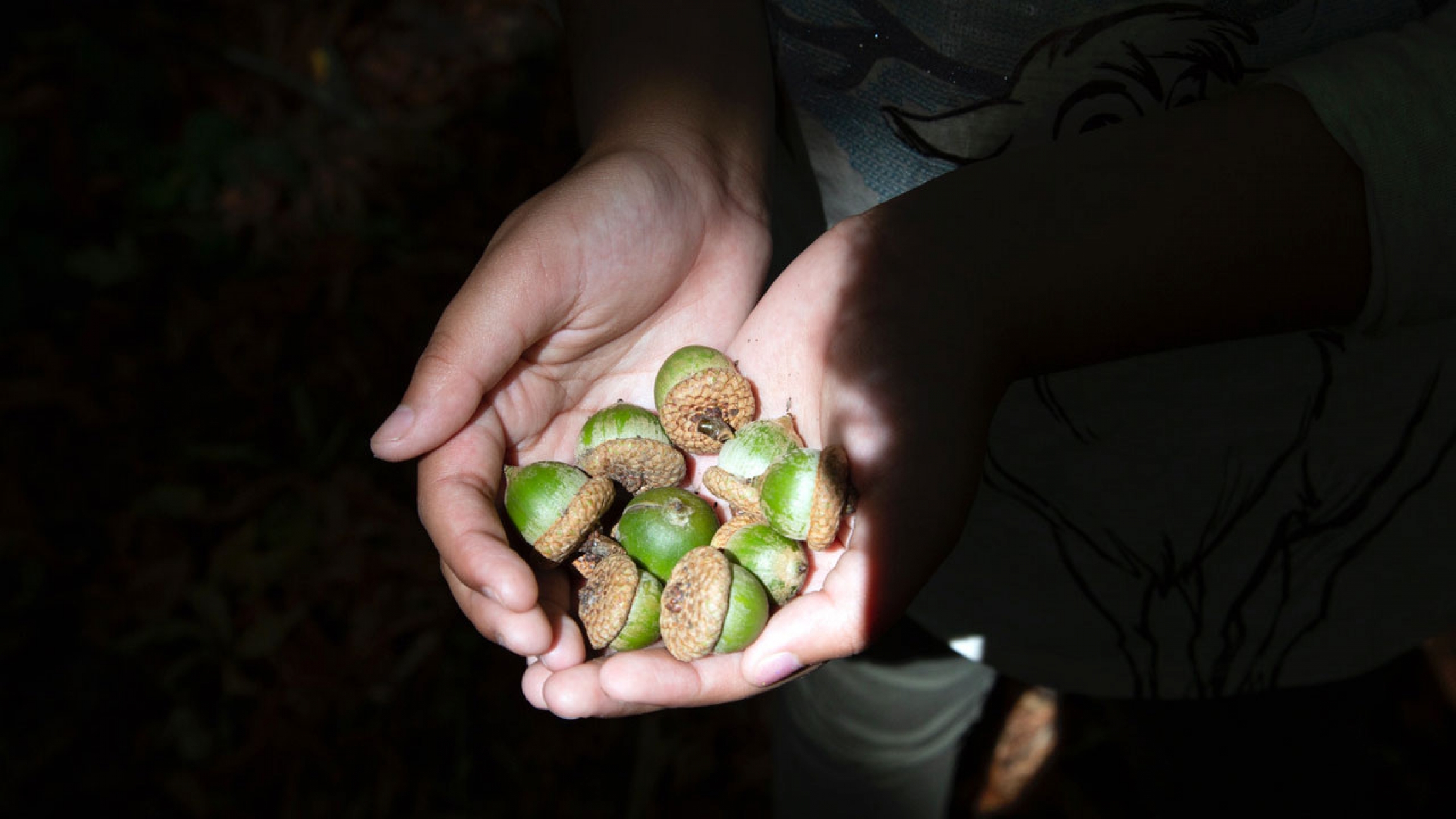 Photograph by Frosso, an intensive care unit nurse at The Royal Free Hospital, during a photography and ecology walk on Hampstead Heath, London, led by Liz Hingley, 2020. 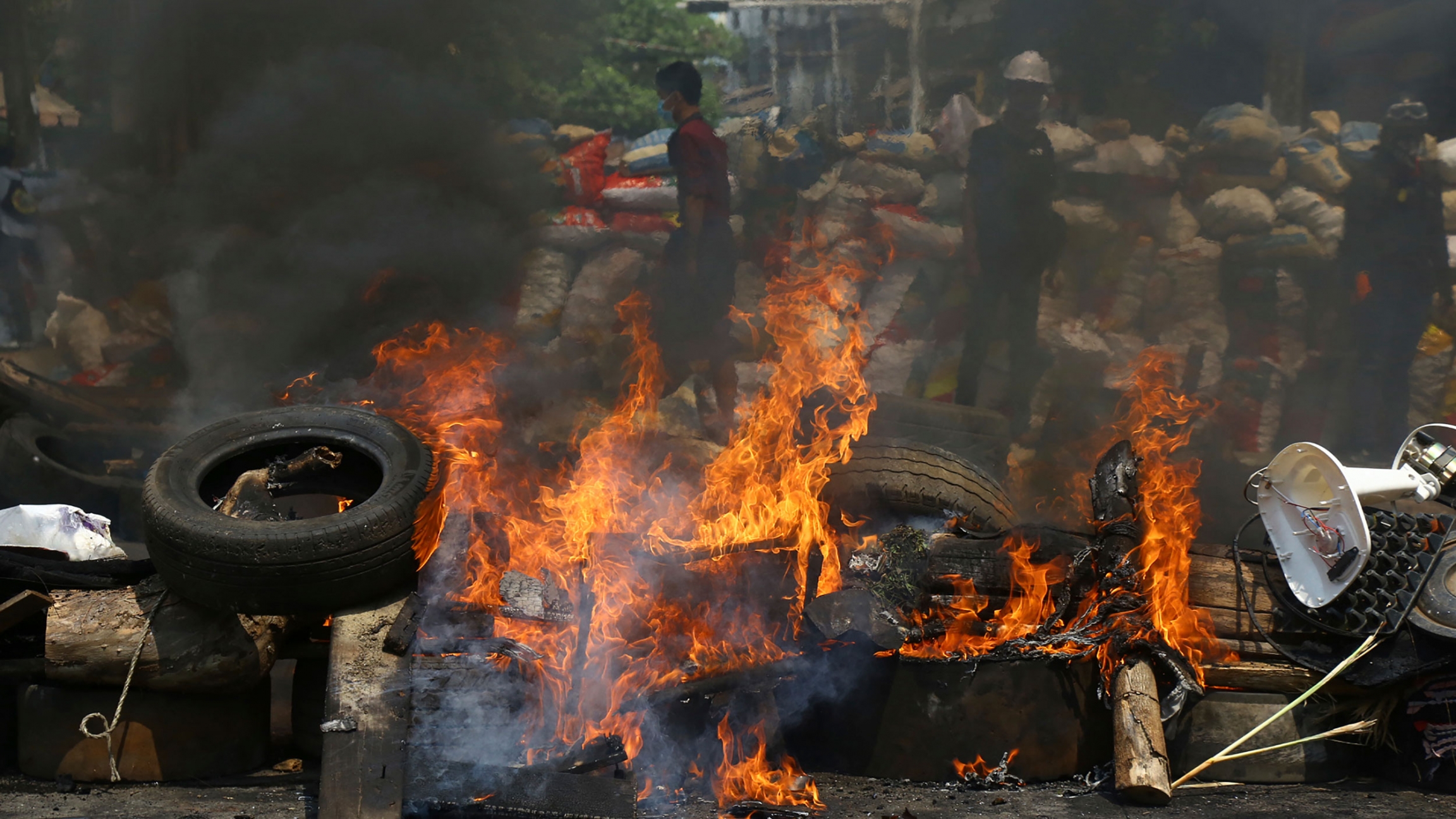 Anti-coup protesters are seen behind their makeshift barricade that protesters burn to make defense line during a demonstration in Yangon, Myanmar, March 28, 2021. Protesters in Myanmar returned to the streets Sunday to press their demands for a return to democracy, just a day after security forces killed more than 100 people in the bloodiest day since last month's military coup.

Myanmar’s military celebrated Armed Forces Day on Saturday with a display of tanks, missiles and marches. Meanwhile, its troops were dispatched across the country, quelling a civilian uprising that left more than 100 citizens dead, including young children. And, a much-anticipated report is expected this week, laying out the findings of a World Health Organization joint mission to China. The report says that animals were likely the source of the coronavirus outbreak. Also, the world’s most expensive traffic jam is finally easing up after the Ever Given container ship was dislodged from the Suez Canal in Egypt.