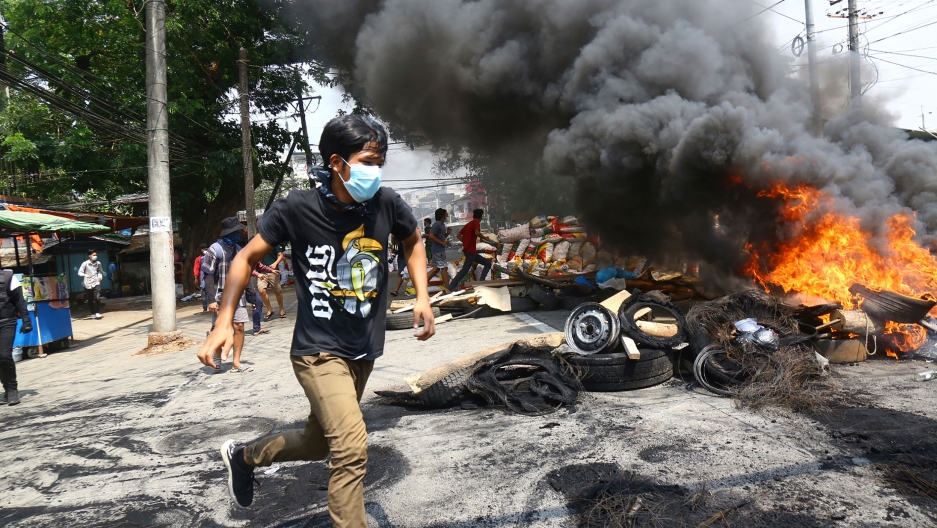 Anti-coup protesters run around their makeshift barricade they burn to make defense line during a demonstration in Yangon, Myanmar, March 28, 2021.

The deadly crackdown on protesters in Myanmar has resulted in another bloody day on top of weeks of violence as demonstrators take to the streets to oppose a military coup. Security authorities in the South Asian country on Sunday targeted the funeral of a student only a day after killing more than 100 people including children.

A UN human rights expert accused the ruling junta of committing “mass murder” in an increasingly volatile situation, according to The Associated Press.

Myanmar has come under international scrutiny because of the ongoing and seemingly indiscriminate killing of civilians that demonstrators call “fallen stars.” US Secretary of State Antony Blinken said he was “horrified” and called for an end to the violence that began after a Feb. 1 coup that ousted Aung San Suu Kyi’s elected government. More than 400 people have been killed since the coup.

Dozens of people in Mozambique were killed in an attack on the northern town of Palma, according to government officials. The region is of strategic importance for its oil wealth and has been the site of a three-year rebel insurgency. The latest violence has exacerbated a humanitarian crisis in the province, which has left 2,600 dead and displaced hundreds of thousands.

And, the massive container ship, Ever Given, has been successfully unstuck from the sandy back of the Suez Canal on Monday. Officials from the canal service provider working on freeing the ship said a flotilla of tugboats — aided by high tide — were able to refloat the skyscraper-sized vessel. The Ever Given had been blocking one of the world’s most important shipping lanes for nearly a week, causing markets to fluctuate and raising security concerns for the growing lineup of ships forced to wait.

This start-up turns locust swarms in Kenya into animal feed 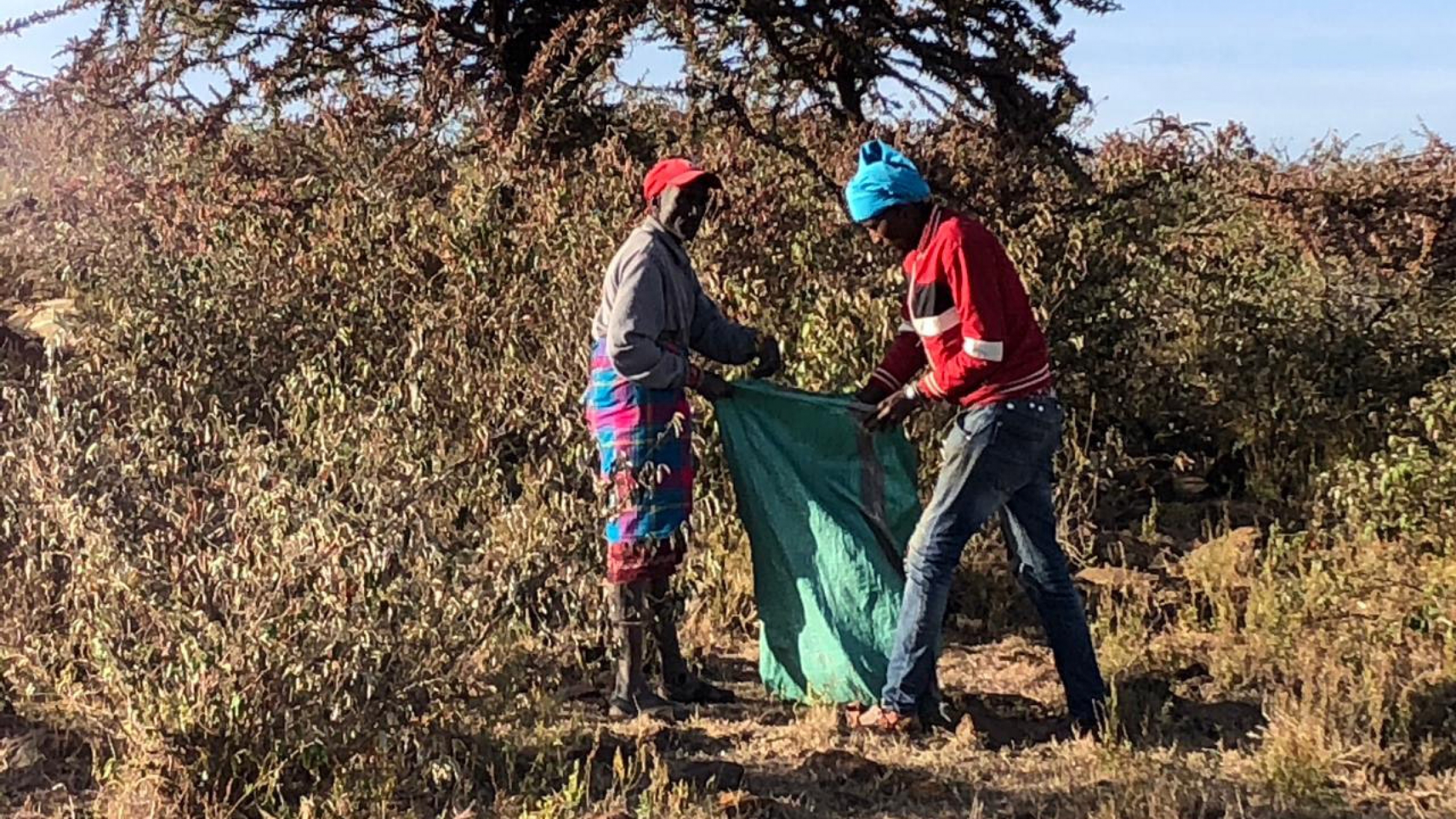 Since late January, The Bug Picture has been paying people in rural Kenya to harvest locusts on their land. The insects are then ground up into protein-rich food for livestock.

Most people associate a swarm of desert locusts with destruction. The Bug Picture, an insect-protein company, sees something else — an opportunity. The start-up has worked for the last six weeks in Kenya to pilot a program that pays farmers to collect locusts from their fields in exchange for cash. 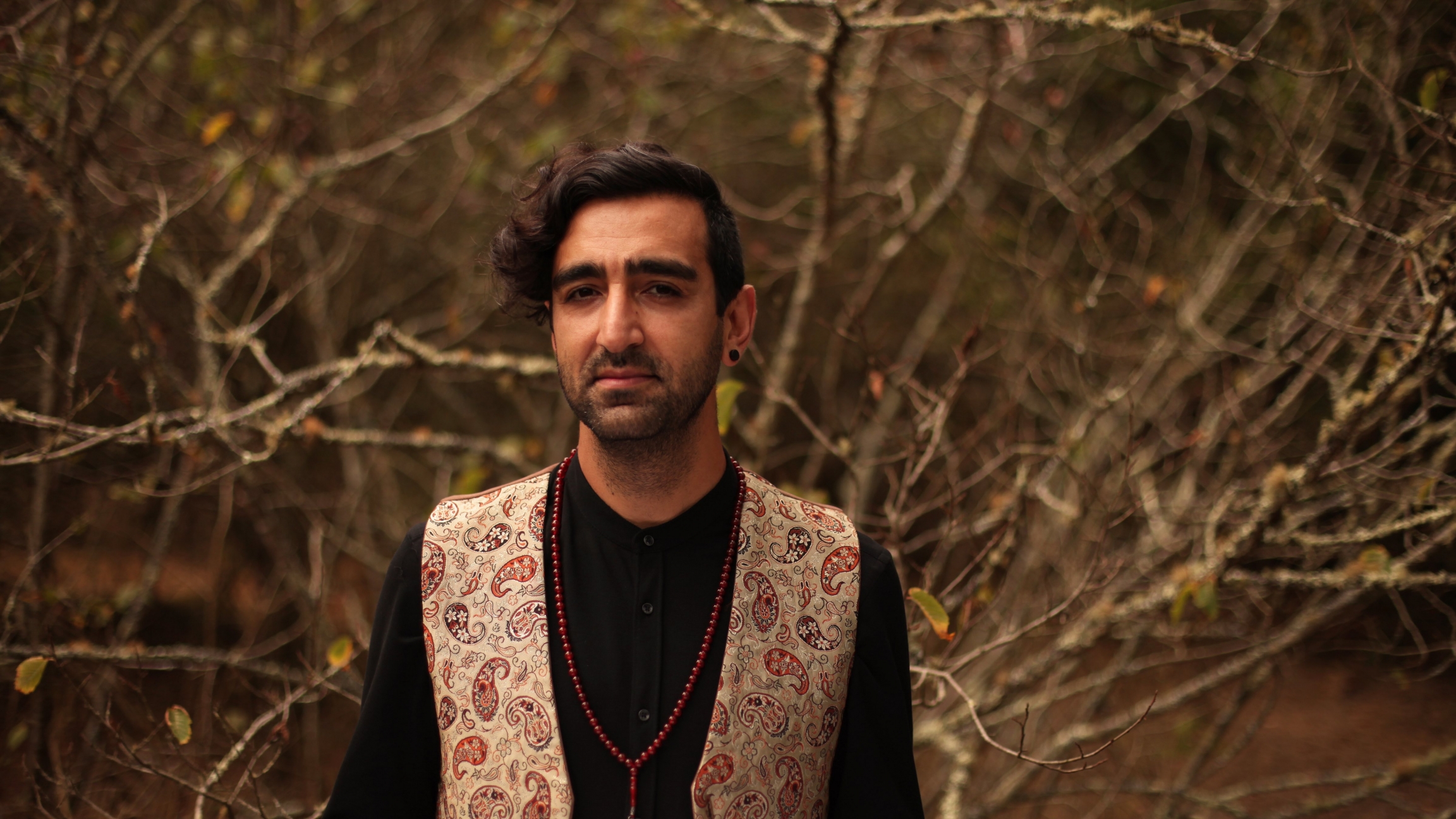 Sabha Aminikia immigrated to the US as a refugee and began studying at the San Francisco Conservatory of Music. But even as he launched his career in America, his music was often focused on Iran.

Pinal Demiral/Courtesy of the Artist

In 2006, musician Sabha Aminikia immigrated to the US as a refugee. Aminikia has since built a successful life around music and art, but he has had an unhappy relationship with his country. He believes that suffering can inspire true art.

That's why music exists, Aminikia said, adding, “It's a natural, organic response that our body has to this pain. The music that speaks to the soul comes from the soul. And the soul that is full of pain, it would always sound better. And we know that deep down as musicians." 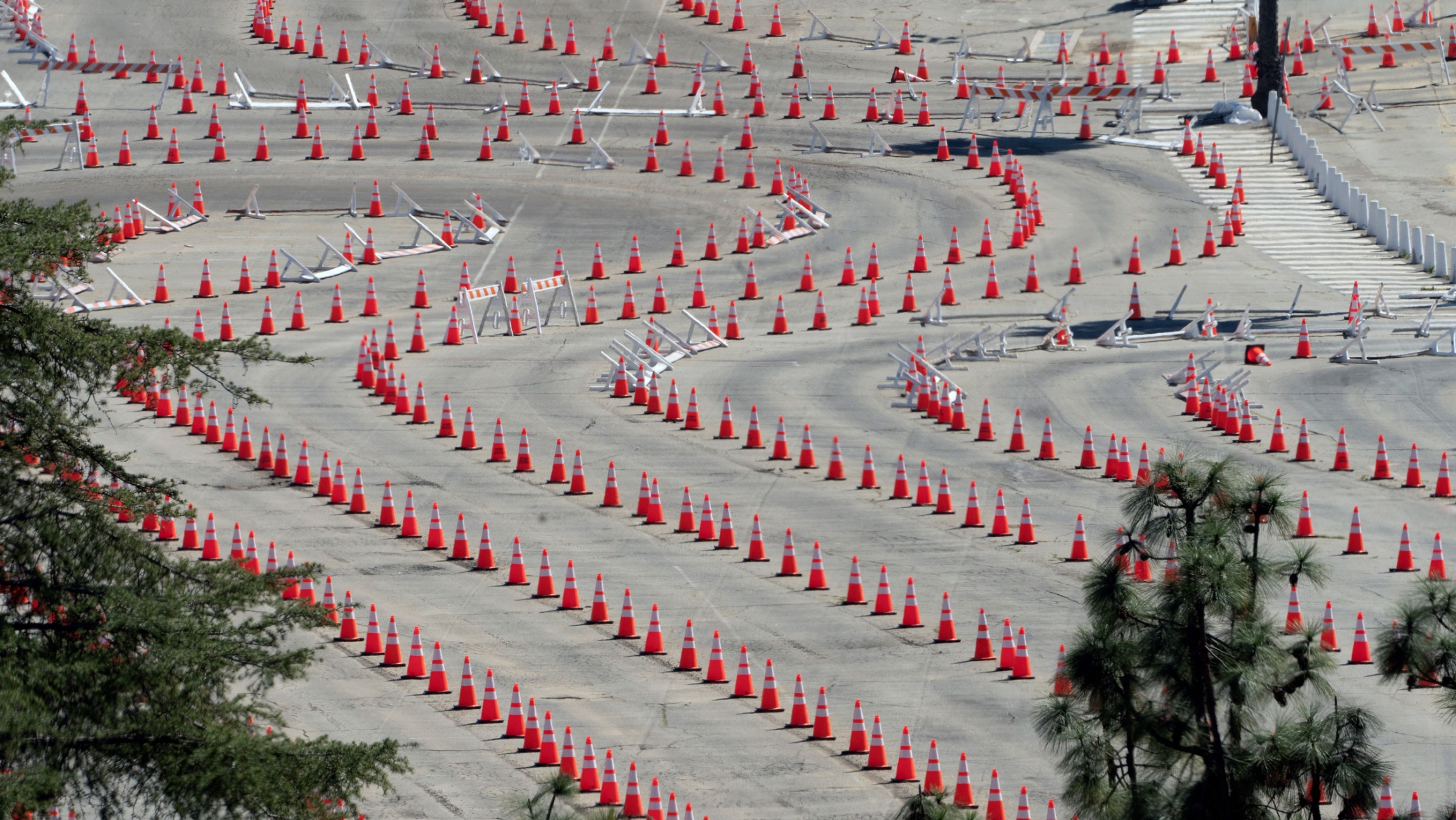 🎧 There seems to be a light at the end of the pandemic tunnel with the approval of several vaccines and the widespread rollout of vaccination campaigns around the world. But questions about vaccine acceptance persist.

As part of The World's regular series of conversations about the coronavirus and as a special feature in our podcast feed, reporter Elana Gordon moderated a discussion with Harvard University public opinion expert Gillian SteelFisher, who discussed public attitudes toward COVID-19 vaccines. 🎧

On this day in 1871, Queen Victoria officially opened the Royal Albert Hall, built in honour of her beloved late husband, Prince Albert.

We so wish we were spending this special day with you 💖#RAH150 pic.twitter.com/DR4dBRlWXb

Listen: What next for families turned away at the US-Mexico border 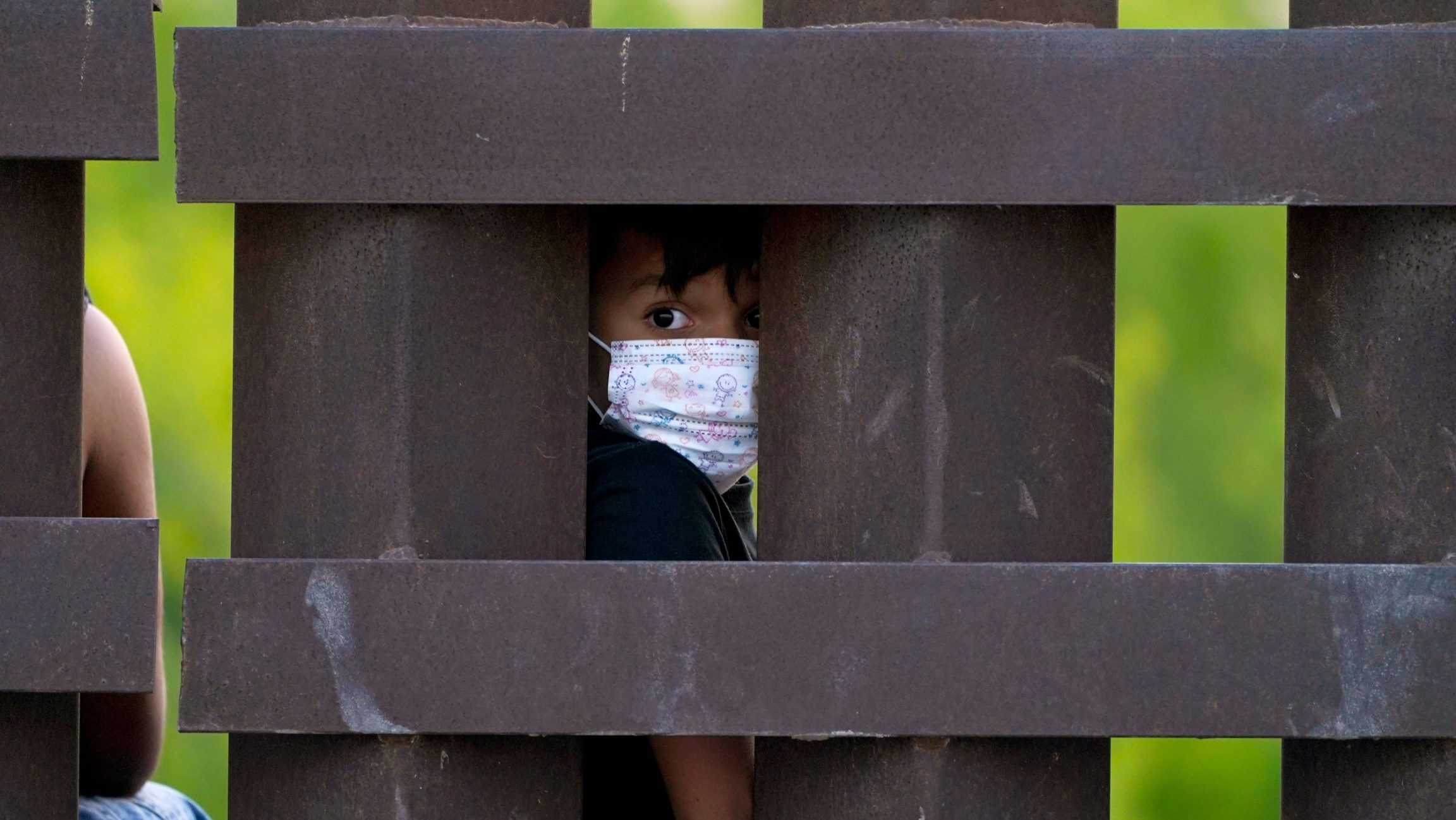 A migrant child looks through the US-Mexico border wall as a group is processed and taken into custody in Abram-Perezville, Texas, March 21, 2021.

Many families, most from parts of Central America, are being turned back by US officials at the US-Mexico border in the name of a Trump-era policy to block non-US citizens entering the US by land. And, in the week since American and Chinese officials had their frosty meetings in Alaska, tensions between China and North American and European nations have only escalated. Also, a cargo ship the size of the Empire State Building that was blocking traffic in the Suez Canal was a nightmare for the global supply chain but a boon for memes on social media.