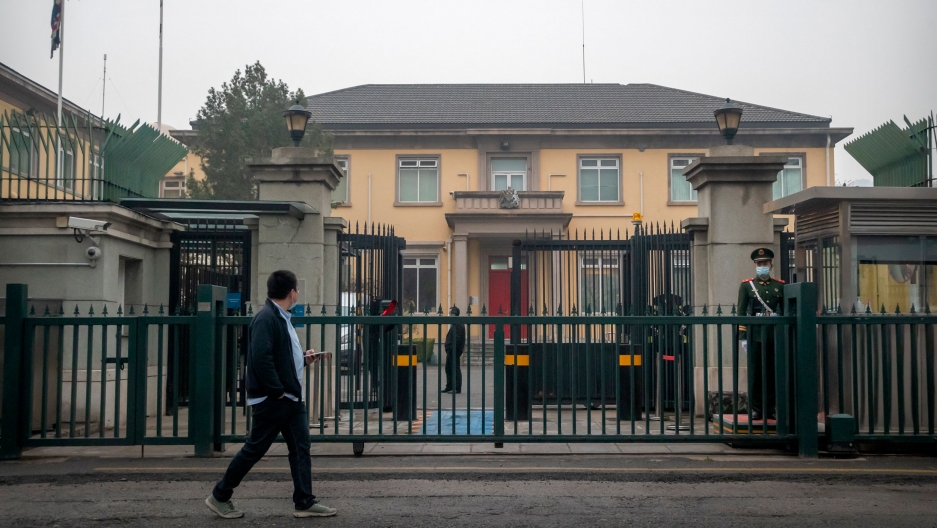 China on Friday imposed sanctions on several UK members of Parliament and British organizations. It's seen as a retaliation over the UK’s recent move to join the European Union in sanctioning Chinese officials allegedly involved in human rights abuses of the Uyghur Muslim minority in Xinjiang.

The sanctions, which ban the group from traveling to China and freeze their assets in the country, are largely symbolic and come after the US and Canada also levied sanctions on Chinese officials over Xinjiang. China has called reasoning for the sanctions “lies and disinformation.” Several  Western countries have described the human rights abuses against Uyghurs as genocide.

Ethiopian Prime Minister Abiy Ahmed released a statement Friday suggesting Eritrea has agreed to withdraw troops from Ethiopia’s northern Tigray region. The announcement comes as the Ethiopian Human Rights Commission said it will work with the United Nations to investigate reports of killing and raping of civilians, among other human rights violations in Tigray. Ethiopia has come under pressure from Western governments for an alleged massacre in November last year that Human Rights Watch said included summary executions and the killing of children in the historic town of Axum.

And China has released its official view of the COVID-19 origins before an official World Health Organization report that is expected to be released later on Friday. The move appeared to be an attempt at getting the Chinese government version out ahead of the much delayed WHO report that stems out of an investigation that took place in Wuhan in February. The WHO’s investigation has been criticized by the United States and others for coming under the influence of Beijing. 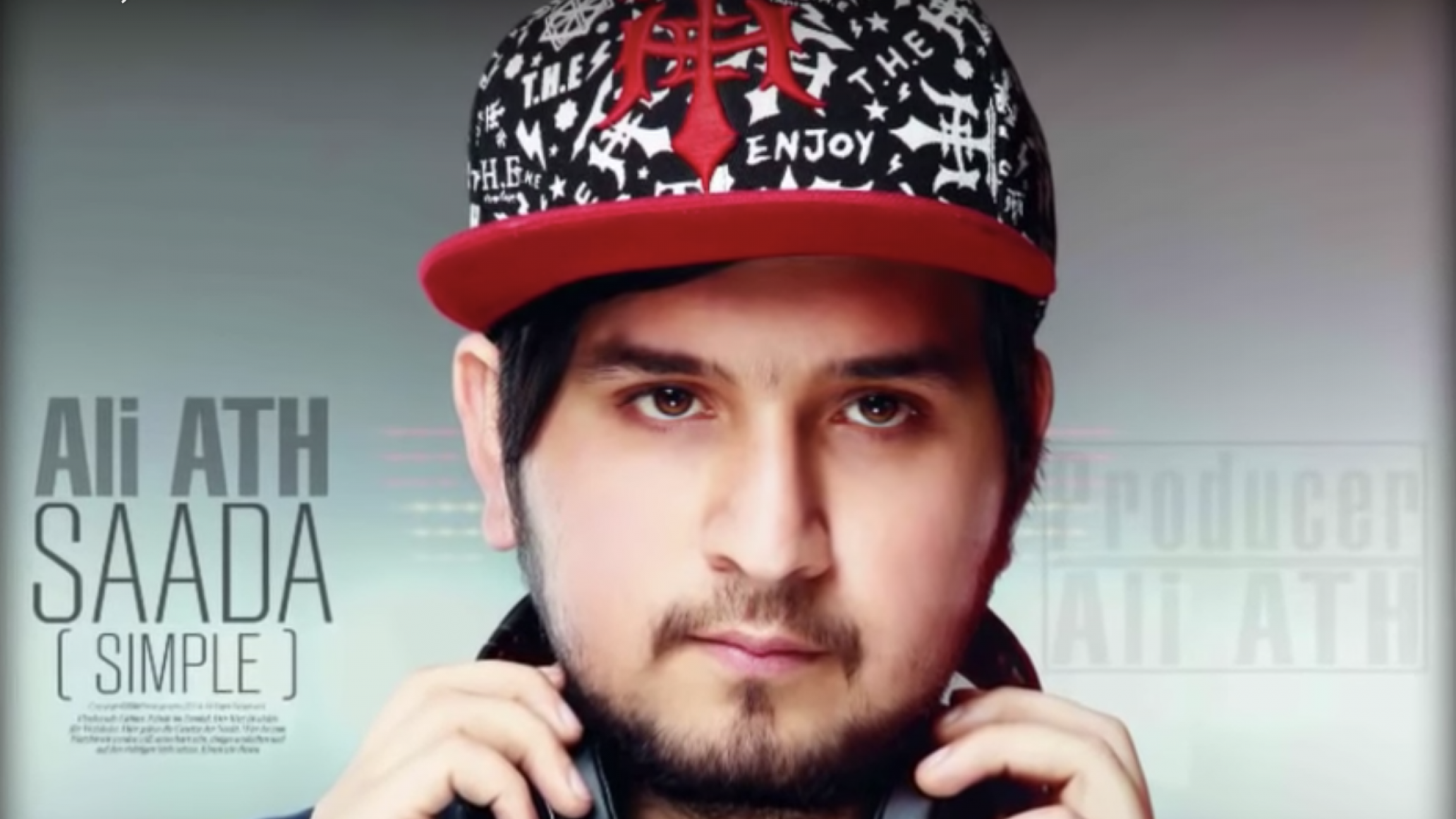 Up-and-coming rapper Ali ATH overcame many obstacles to get into the music business in Afghanistan. Now, as the Taliban appears to be getting ready to return to power, he wonders if he will be able to remain in his country.

Author Kim Nicholas on the 5 stages of 'radical climate acceptance' 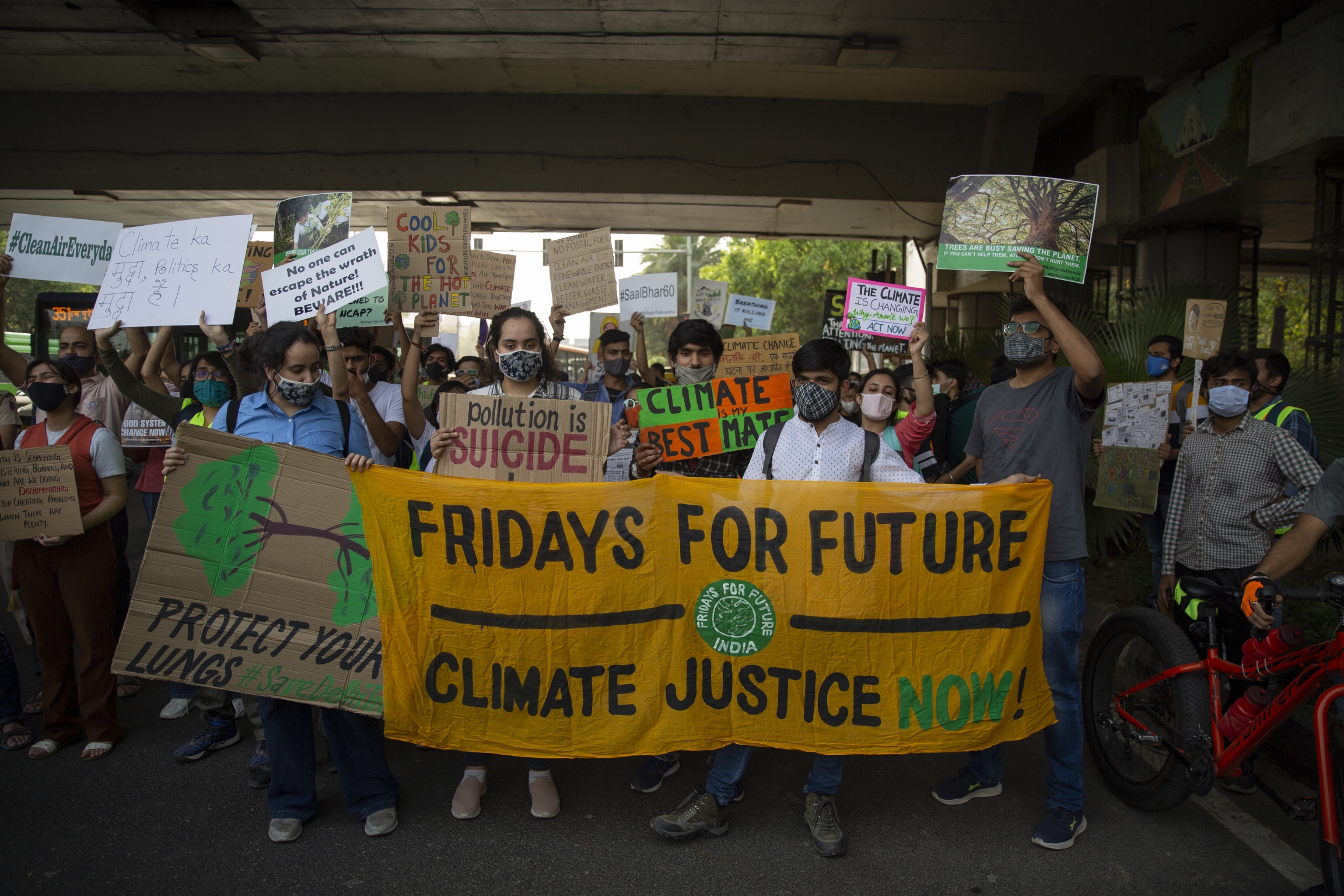 Student activists carry posters and shout slogans as they participate in a protest march against climate change in Delhi, India, March 19, 2021.

Kim Nicholas, a climate scientist at Lund University in Sweden, has a new book out this week, "Under the Sky We Make: How to be a Human in a Warming World," discussing how individuals in rich countries should understand their climate privilege and the best ways to think about individual change.

To meme or not to meme 🤔 ... dredgers, tugboats and a backhoe have all failed to free the skyscraper-sized cargo ship wedged in Egypt’s Suez Canal. The process might take weeks. But it seems that many people on the internet have found a parallel between that and everyday challenges. Unleash the memes! Here are some excellent samples for your Friday.

Today’s Comic: We are all, in our own little way, that ship. pic.twitter.com/GVDjLxzErX 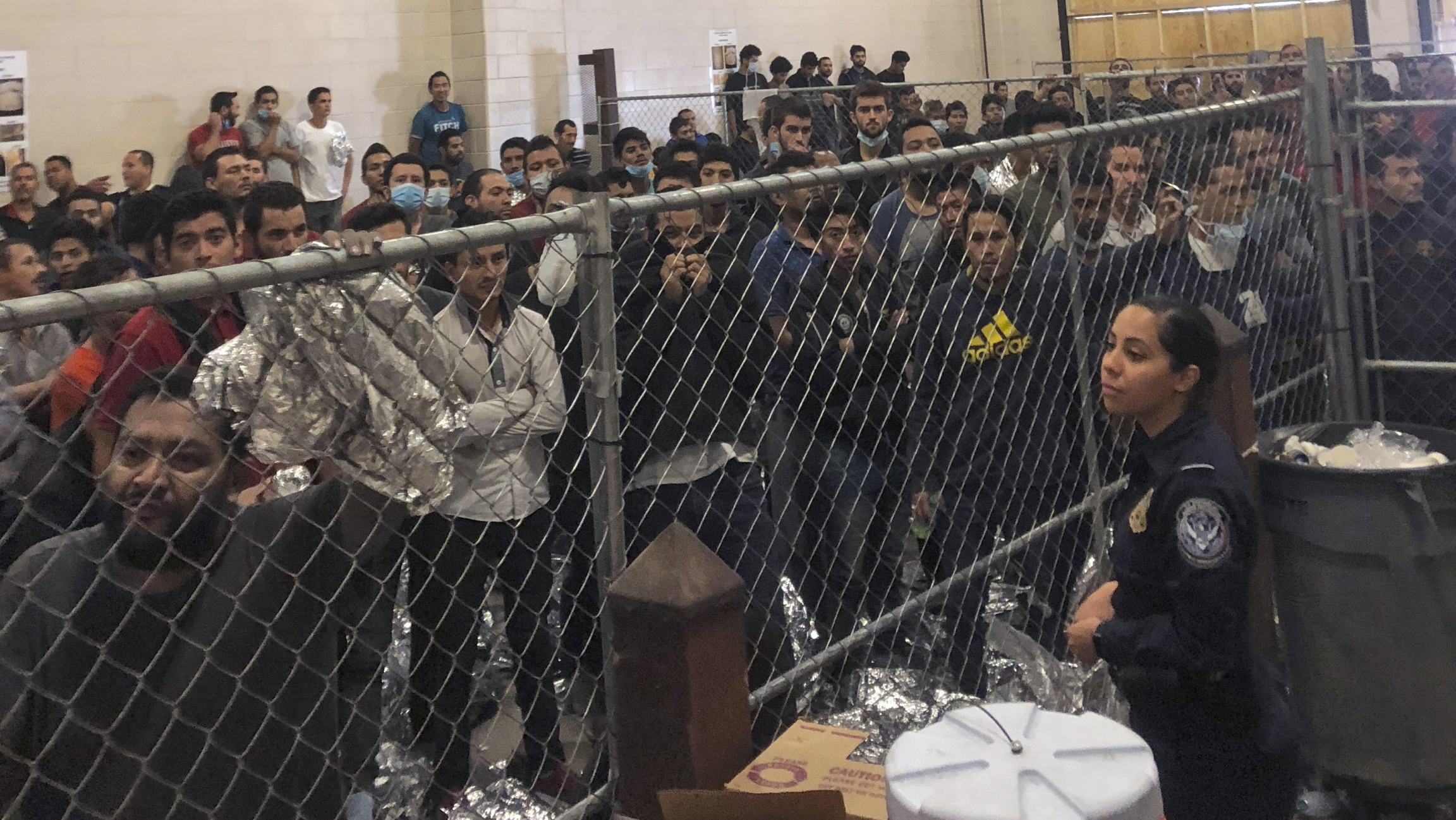 In this July 12, 2019 file photo, men stand in a US Immigration and Border Enforcement detention center in McAllen, Texas, during a visit by Vice President Mike Pence.

When the pandemic first hit, the Trump administration used a policy called Title 42 to justify its tightening of the southern border. Plenty of critics including public health experts say the policy doesn't have a science-based approach. And India is now dealing with a surge in COVID-19 infections, this time with a new variant. Also, H&M faces calls for a boycott in China after the company spoke out about Uyghur human rights abuses and concerns over forced labor in the production of cotton in Xinjiang province.