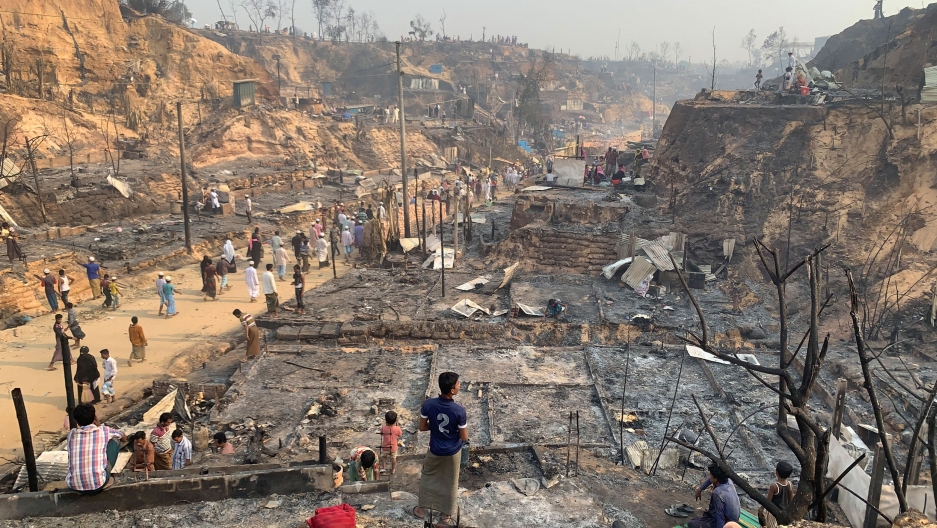 A devastating fire at the sprawling Rohingya refugee camp in Bangladesh has left at least 15 people dead and thousands of refugees once again homeless. The blaze destroyed hundreds of shelters across at least four blocks of the Balukhali camp in Cox's Bazar district.

The UN refugee agency’s Johannes Van der Klaauw described the devastation as “massive” and said 400 people are missing with as many as 45,000 displaced. Officials say it took firefighters six hours to get the blaze under control.

The devastation is just the latest tragedy beset on a community of people adrift in southern Bangladesh — forced to flee their homes in nearby Myanmar in the aftermath of a military-perpetrated massacre in 2017, that many describe as genocide.

A mass shooting resulting in the death of 10 people at a Colorado grocery store on Monday has captured the global spotlight less than a week after a shooting in Atlanta left eight dead. The violence on Monday took place in Boulder, at a King Soopers supermarket in a busy shopping plaza. One suspect is now in custody and officials say one of the victims was a responding police officer on the scene.

The European Union Tuesday joined the UK, Canada and the US in imposing sanctions on four Chinese officials for “serious human rights abuses against Uyghurs” in the country’s western Xinjiang region. The sanctions are the EU’s first against China since the deadly 1989 Tiananmen Square crackdown. Human rights groups say more than 1 million Uyghurs have been forced into detention camps. On Tuesday, Beijing announced it had summoned foreign diplomats in protest of the sanctions.

'Our goal is to heal': Jesuits and descendants of the enslaved reflect on landmark agreement 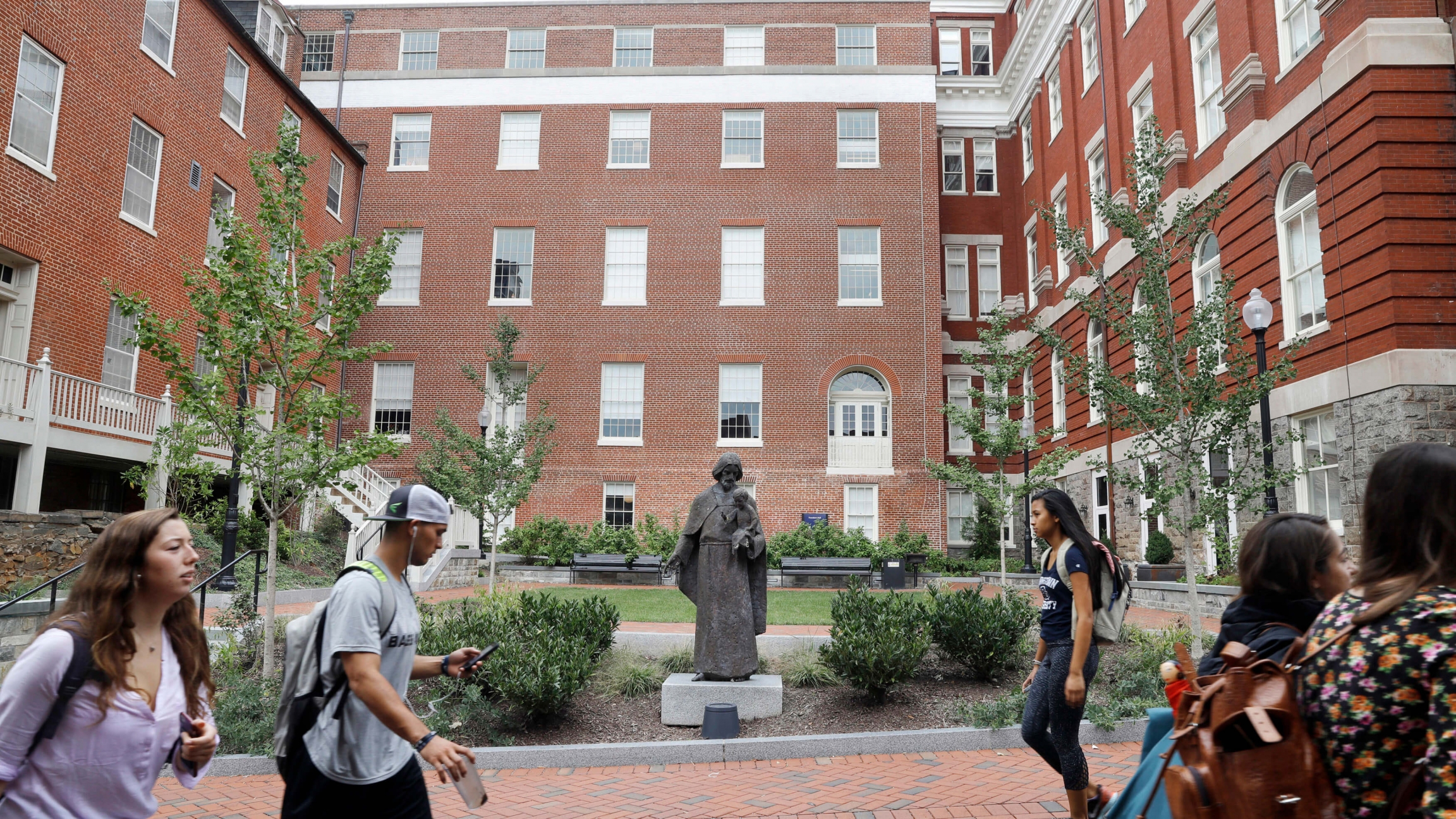 A Jesuit statue is seen in front of Freedom Hall, formerly named Mulledy Hall, on the Georgetown University campus in Washington, Sept. 1, 2016.

Five years ago, Joe Stewart says he didn’t know his ancestors’ origins. Then he read a story in The New York Times that said in 1838, a group of Jesuits saved Georgetown University from financial collapse by selling 272 enslaved men, women and children to plantation owners in Louisiana.

Stewart realized that he had grown up in that same area — just a few generations later. Stewart is one of more than 1,000 descendants of an enslaved man named Isaac Hawkins.

His discovery eventually led to an unprecedented, landmark agreement between a group of Jesuits and the largest known association of descendants of enslaved ancestors. 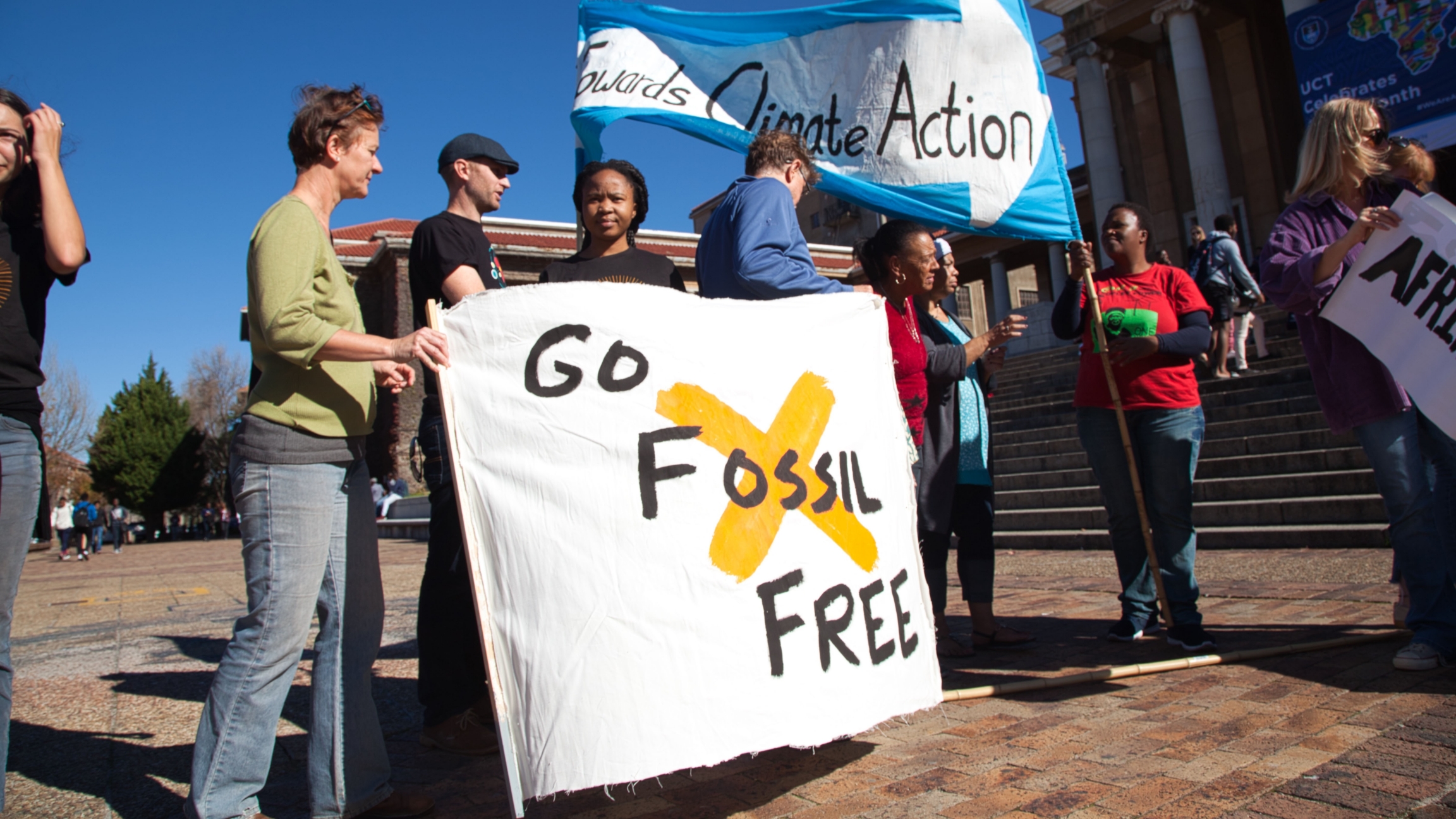 The current goal of Fossil Free South Africa is to get the University of Cape Town to remove funds from fossil fuel interests.

The global boycott against South Africa’s apartheid regime was the largest of its kind in the second half the 20th century. This divestment movement is credited, in part, for helping to end the systemically racist, white-ruled government in 1994.

Climate activists are borrowing from the same playbook: For more than a decade, they’ve pressured institutions and governments to pull money out of stocks, bonds and businesses that fund the fossil fuel industry.

🌋Add impromptu volcano eruptions that light up the night sky to the list of reasons to visit Iceland. No injuries have been reported from an eruption near Mount Fagradalsfjall, 20 miles southwest of Reykjavik, in an area that has not seen the phenomenon in nearly 800 years.

The Reykjanes Peninsula, a hotspot for volcanic and seismic activity, is drawing visitors to see it up close —  and some are even grilling hot dogs from the heat of the lava. 🌭 More than 40,000 small earthquakes have occurred in the peninsula over the past four weeks.

Listen: Migrants at the US-Mexico border await their fate 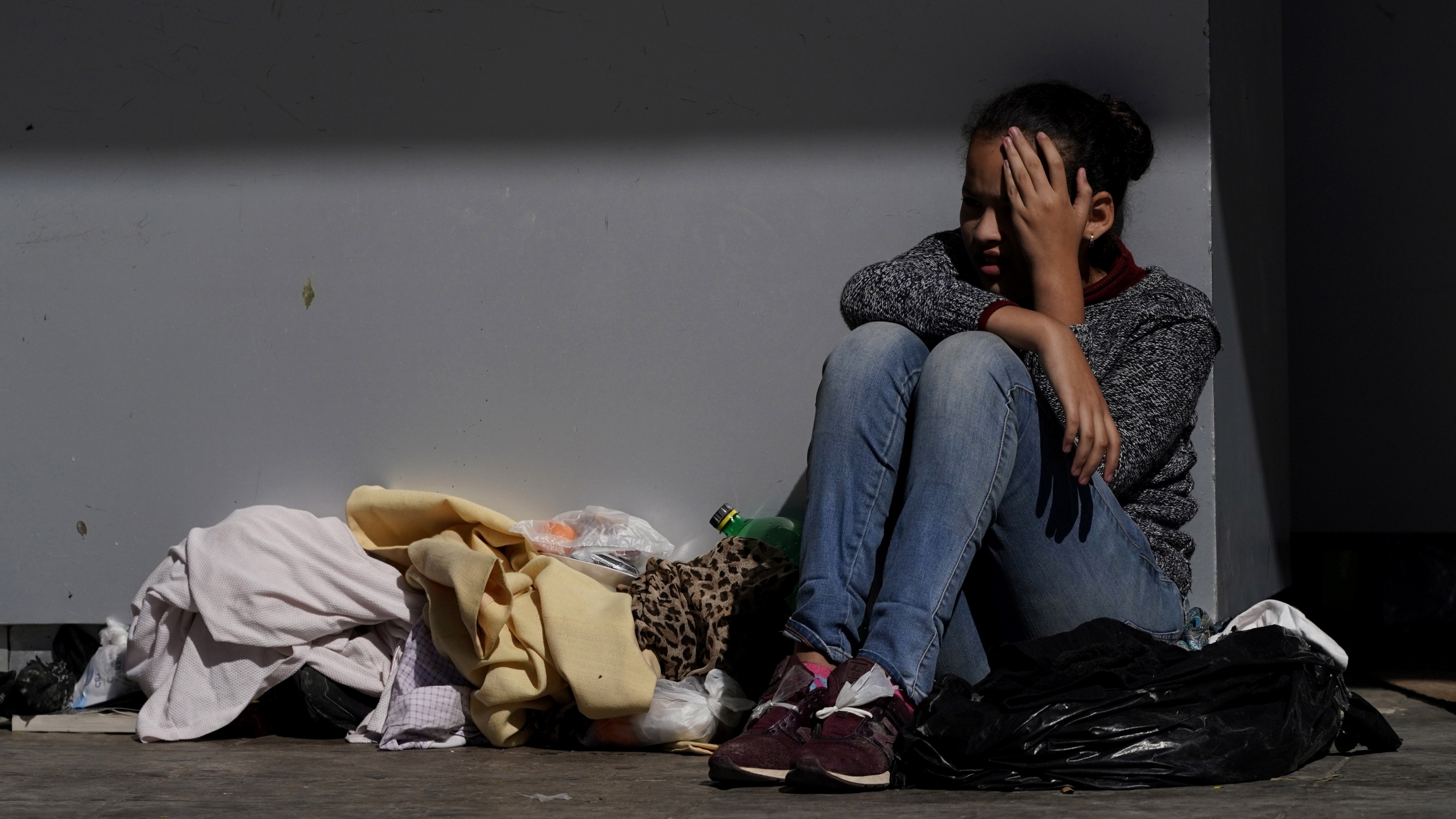 A migrant shields herself from the sun while resting at a plaza near the McAllen-Hidalgo International Bridge point of entry into the US, after being caught trying to cross into the US, March 18, 2021, in Reynosa, Mexico.

Migrants continue to arrive in large numbers to the US-Mexico border, with many more expected in the days ahead. The Biden administration is taking a lot of heat from many sides for not being adequately prepared. Also, an unlikely new alliance has formed between conservatives and progressives in El Salvador: They came together in opposition to foreign mining companies. And, Israel will hold yet another national election — the country's fourth round of voting in two years. We have a preview of how Israelis are feeling ahead of Tuesday's vote.