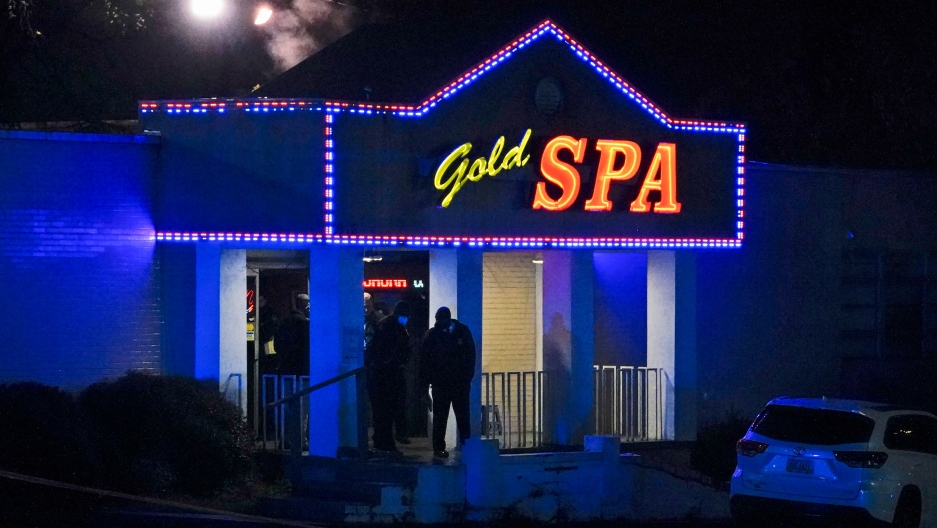 Law enforcement officials confer outside a massage parlor following a shooting on Tuesday, in Atlanta, March 16, 2021.

A series of deadly shootings in Atlanta on Tuesday evening is raising fears among Asian American communities after learning that six of the eight victims were women of Asian descent. The shootings took place at three spas over the course of an hour. Police arrested suspect Robert Long, 21, from Georgia, who is white.

US Secretary of State Antony Blinken, who is in South Korea for official meetings, called the killings horrific. "We are horrified by this violence which has no place in America or anywhere,” he said, noting that four of the women were believed to be of Korean descent.

Police officials have not released information on a possible motive but there are concerns that race may have been a factor. Amid the coronavirus pandemic, hate crimes against Asian Americans have spiked.

Russell Jeung, co-founder of StopAAPIHate.org, spoke to The World’s Marco Werman about the increase of anti-Asian hate crimes and said his organization has collected over 3,000 self-reported incidents of racism and hate.

“[P]eople say such horrific, hateful things toward Asian Americans at the moment, Jeung said. “We've been told to go back to China, had slurs yelled at us — profanities. And that's just part of the type of racism. We've been physically assaulted. We've been coughed and spat upon. We're facing civil rights violations, getting mistreated at the workplace — denied ride-shares. And there's a lot of online harassment as well.”

A newly declassified US intelligence report found that Russian President Vladimir Putin authorized influence operations to help Donald Trump during the recent presidential election. While the comprehensive report from the Office of the Director of National Intelligence found no indication of interference in technical aspects, like changing votes at polling stations, Putin again attempted to influence US election results in favor of Trump, just as his government did in 2016. The report also found evidence that Iran was involved in an influence campaign in the US election, but notably not China.

An increase in migration: A view from Juárez, Mexico 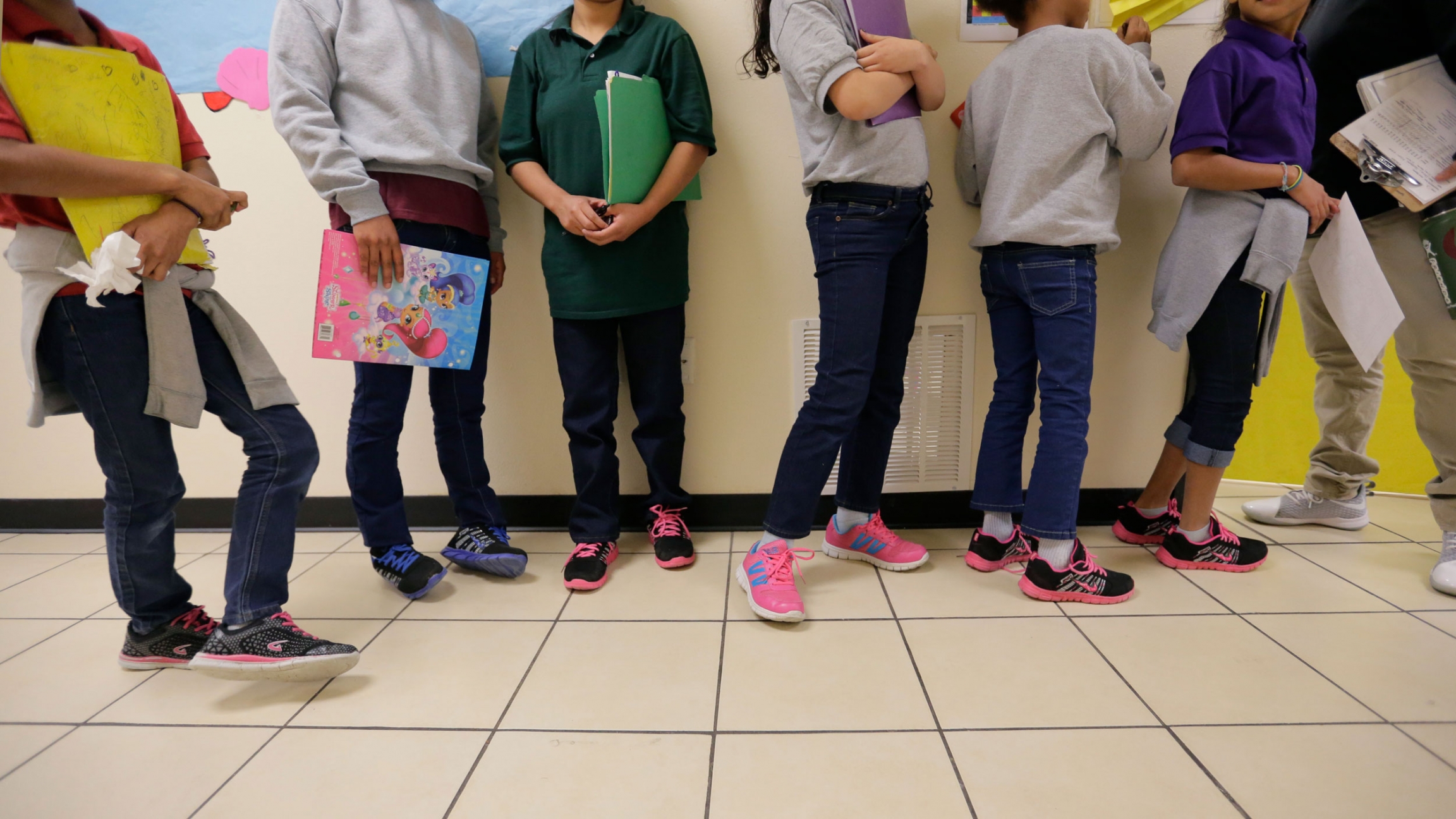 Migrant teens line up for a class at a "tender-age" facility for babies, children and teens, in Texas' Rio Grande Valley, in San Benito, Texas 2019. With its long-term facilities for immigrant children nearly full, the Biden administration is working to expedite the release of children to their relatives in the US.

Along the US-Mexico border, the number of migrants trying to enter the United States is increasing dramatically. Most are being turned away by the US in the name of COVID-19 health precautions. Enrique Valenzuela, who works for the state of Chihuahua in Mexico, told The World's Marco Werman that when they see large numbers of people, many of them seem disappointed.

"We see sad faces. We see people that did not expect to be returned to Mexico at some point. Because they arrived here for some reason hopeful that they would be received in the US," he said. "And well, after they see that this wasn't the case and that this didn't happen, well, the first thing we tell them is that this is not the time to come to this border and to try to get to the US." 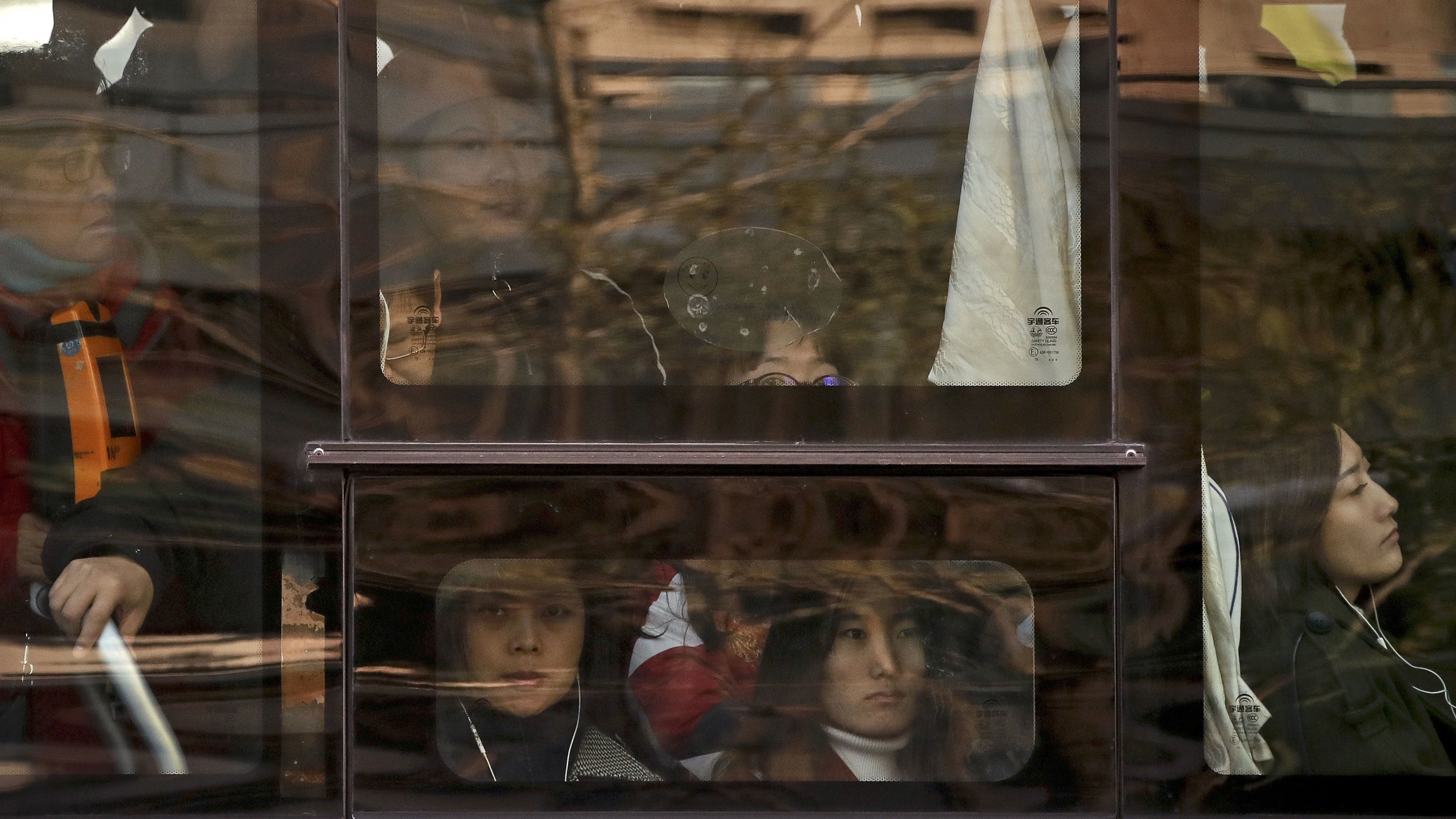 Chinese women look out of a window of a crowded bus traveling from the outskirts of the capital city during the morning rush hour, in Beijing, Nov. 28, 2017.

It’s been five years since China issued its landmark national domestic violence law. Since then, the conversation still remains taboo and survivors have turned to social media to raise awareness and call for help.

The pivotal moment in the over-the-top Will Farrell comedy "Eurovision Song Contest: The Story of Fire Saga" (trailer) is the performance of the eponymous duo's Eurovision entry: "Húsavík (My Home Town)." Now, their faux power anthem is up for an Oscar for Best Original Song (🎧). 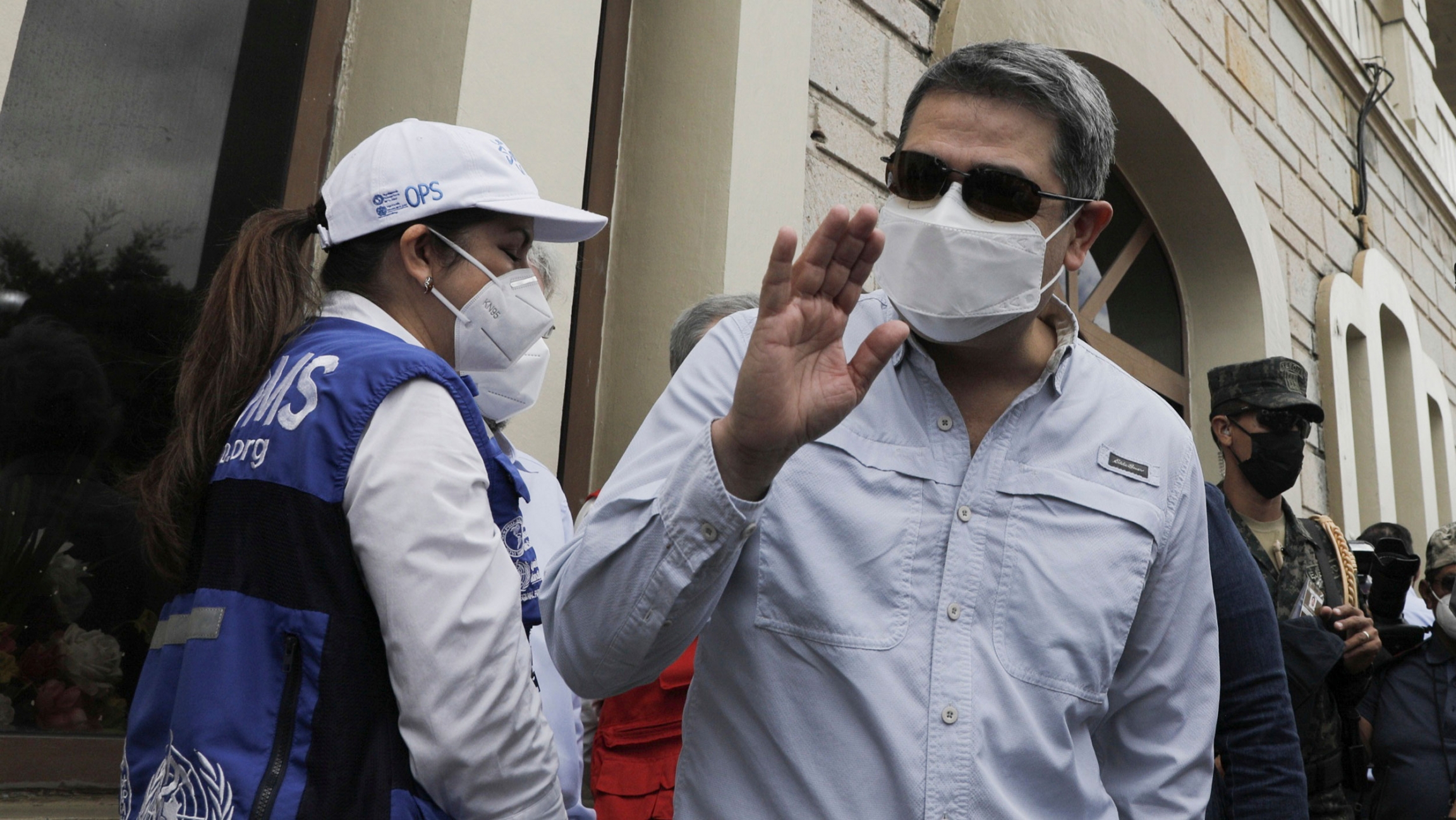 Honduran President Juan Orlando Hernandez waves upon his arrival to an air base to receive a shipment of the AstraZeneca COVID-19 vaccine via the COVAX program, in Tegucigalpa, Honduras, March 13, 2021.

The United States now accounts for almost four out of every five coronavirus vaccine doses given across the Americas. But with the improved inoculation rollout, many poor countries are falling behind. And, a growing number of European nations are suspending use of AstraZeneca’s COVID-19 vaccine because of reports of dangerous blood clots. That’s despite the fact that international regulators haven’t produced evidence showing that vaccinations are to blame for the clots. Also, a new study shows human-caused forest degradation has made large swaths of the Amazon Rainforest a net emitter of greenhouse gases.