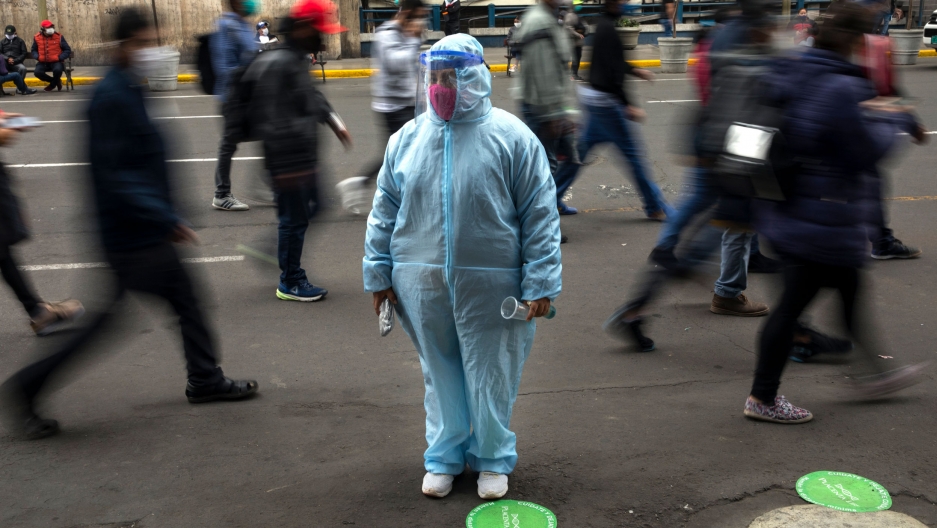 A woman waits outside a shop wearing protective gear due to the COVID-19 pandemic in downtown Lima, Peru, July 6, 2020.

It has been one year since the World Health Organization (WHO) declared the novel coronavirus a global pandemic. The disease, which has claimed over 2.6 million lives and infected more that 118 million people around the globe, produced a global economic recession, widespread job losses and changed people’s lives in innumerable ways. Now, several vaccines approved by government health regulators are becoming available. While distribution remains a challenge (🎧), there seems to be hope for a return back to “normal.”

One year on, the pandemic and its ripple effects have impacted people’s lives and robbed them of their loved ones. It has also disrupted the grieving process. “To grieve alone is very painful and we are not meant to grieve alone. And we are forced now to grieve alone — oftentimes in isolation,” clinical psychologist Christy Denckla told The World’s Elana Gordon.

The pandemic has also tested people's resilience and has demonstrated different ways of coping with stress and isolation. For Mark Stobert, the lead chaplain at Addenbrooke’s hospital in Cambridge in the UK, poetry has been a way to navigate the challenges. Host Marco Werman spoke with Strobert about his practice and what it means to be one year into the pandemic. “For me, poetry lies at the expression, that exclamatory sense of what it is to live in these weird times,” Stobert said.

Related discussion: Grieving and mental health amid the coronavirus pandemic

10 years after the Fukushima disaster 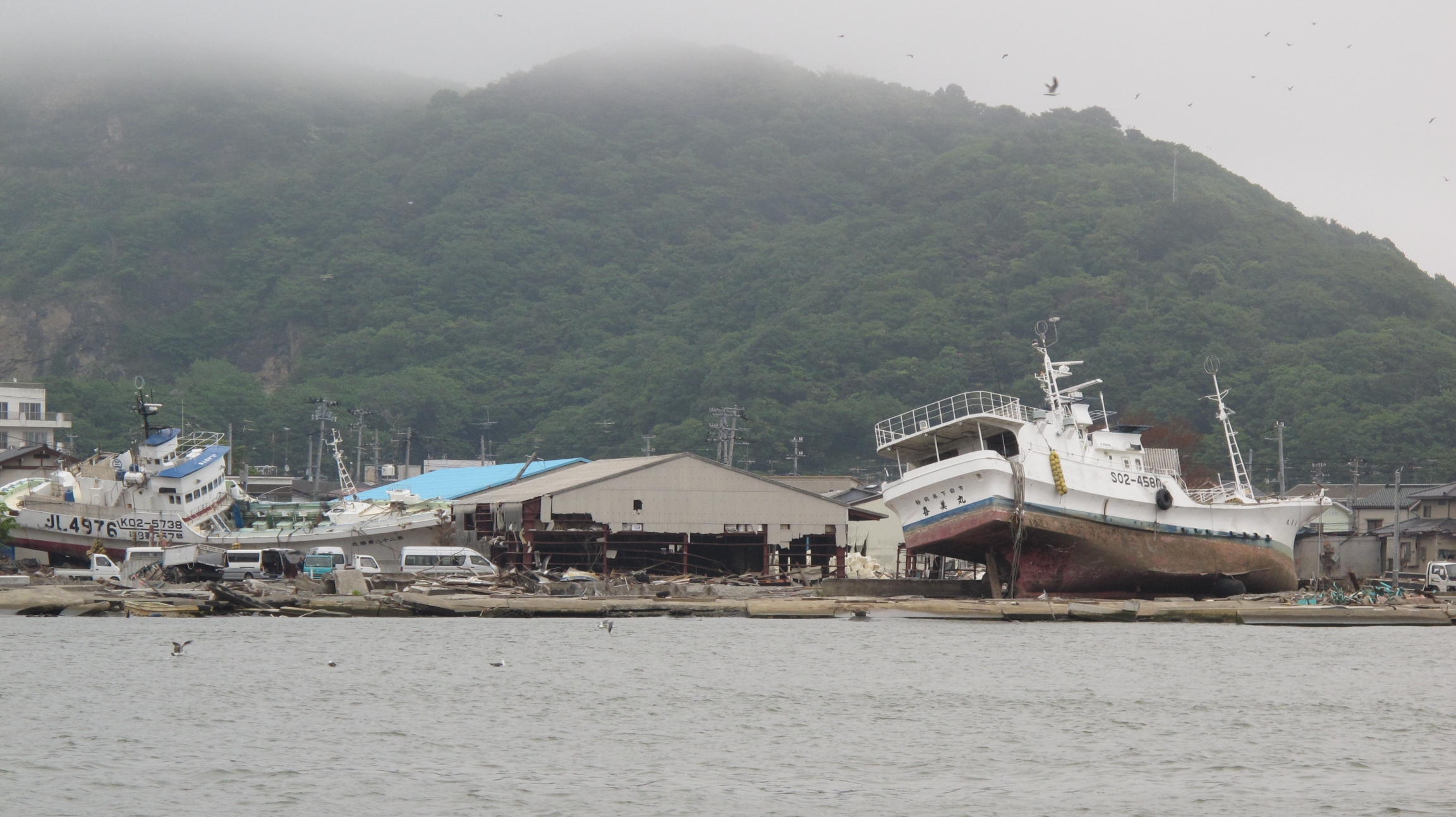 Boats washed onto the shore in Inshinomaki, Japan, following the 2011 earthquake and tsunami.

Ten years ago, on March 11, 2011, a 9.0 earthquake — one of the strongest ever recorded — resulted in a massive tsunami, killing more than 19,000 people and setting off catastrophic meltdowns at the Fukushima Daiichi nuclear plant on Japan’s eastern coast. Nearly half a million people were displaced and tens of thousands still haven't returned home. Children and teenagers who lived through that catastrophic time in Japan feature centrally in an art project titled, “The Journey Itself Home” (“旅はすみか”), which reflects on how to move forward. The World’s host Marco Werman spoke to two of the artists behind this audio project.

Just weeks after the Fukushima meltdown, Marco Werman visited the port city of Ishinomaki, where more than 3,000 people had died. He spoke with Aya Saeki, who was 37 years old and living in a house just a block from the ocean when the sea flattened her neighborhood. Even as the rubble was still being cleared, she wanted to return to her home. Tune into the show today, for our coverage of Fukushima, 10 years on. Marco Werman will once again interview Aya Saeki to see where she is and how she’s fared during a decade of rebuilding.

Mexico — a country plagued with cartel violence — is a step closer to legalizing marijuana after the country’s lower house approved a bill that could decriminalize cannabis for recreational, medical and scientific uses. If the bill passes in the country’s Senate and is signed by the president, Mexico would become the world’s largest cannabis market. The party of President Andrés Manuel López Obradorhas argued that decriminalizing cannabis could help combat Mexico's powerful drug cartels. In 2013, Uruguay became the first country in the world to legalize cannabis production and sale. 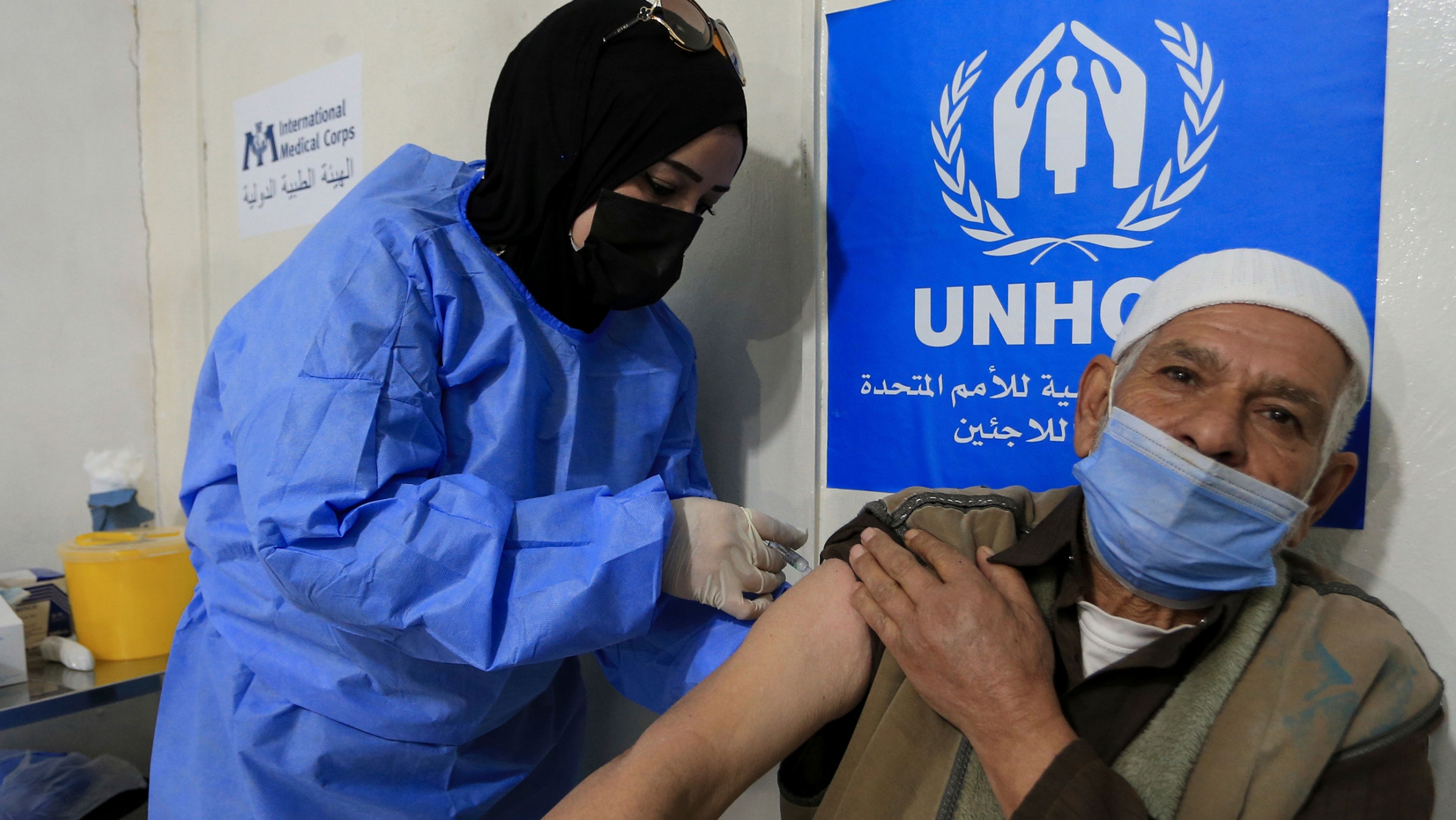 A Syrian refugee receives the Chinese-made Sinopharm coronavirus vaccine at a medical center in the Za'atari refugee camp, in Mafraq, about 50 miles north of the Jordanian capital Amman, Feb. 15, 2021.

Jordan recently became one of the world’s first countries to include refugees in its COVID-19 vaccination rollout. In Za’atari camp, the largest refugee camp in the Middle East, health workers are committed to inoculating the most vulnerable (🎧), despite the country’s limited resources and vaccine doses. 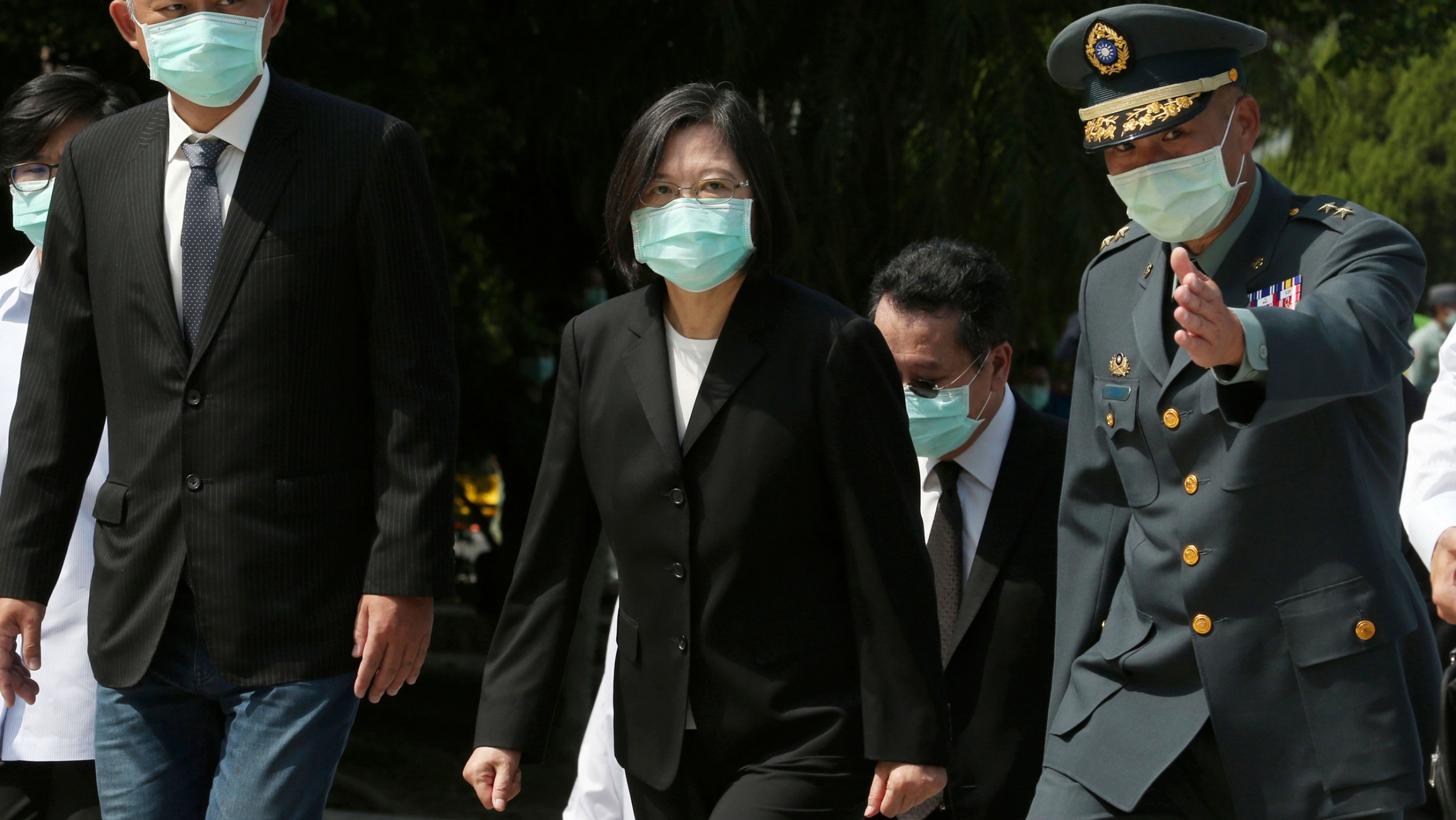 The Biden administration has said that managing US-China relations is a top priority. One flashpoint for a potential conflict between the two countries is the island of Taiwan.

From Beijing’s perspective, Taiwan is a rogue province that must never be treated as an independent country, even though it effectively runs its own affairs. Washington says it's determined to keep the democratic territory free. But where does Taiwan stand in all of this?

Rina Sawayama’s debut album, “Sawayama,” hit the scene with a bang. Songs range from Nu metal to hyperpop to ballads. It quickly became a hit with critics, fired up an international fan base — and even got a shoutout from Elton John.

But when award season came around, the 30-year-old artist wasn't nominated for two of the top UK awards because she was deemed not British enough to be eligible. The World's Bianca Hillier explains what happened next 🎧).

Listen: Looking to the future after a year of the coronavirus crisis 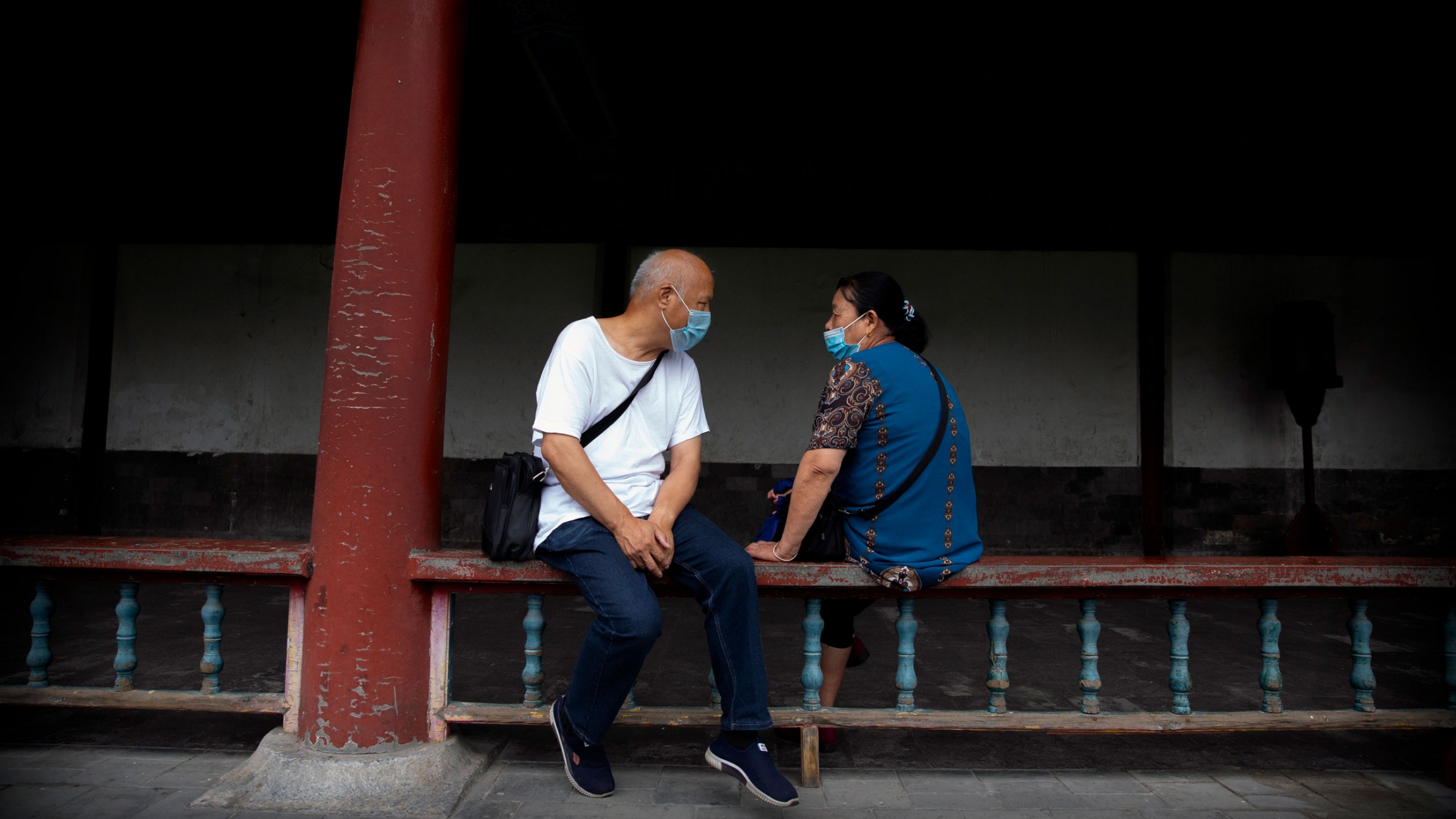 People wearing face masks to protect against the coronavirus sit on a railing at in Beijing, July 2020.

The pandemic was officially declared one year ago by the World Health Organization on Thursday. It is hard to fathom the magnitude and the losses since then. The World looks to how psychologists are bracing for the ripple effects in years to come. Also, the immense challenge of the global vaccination effort has led to some creativity in making the jab accessible. And, a new art project in Japan commemorates the earthquake and Fukushima nuclear disaster by speaking to some of the children and teenagers who experienced the quake and stayed.