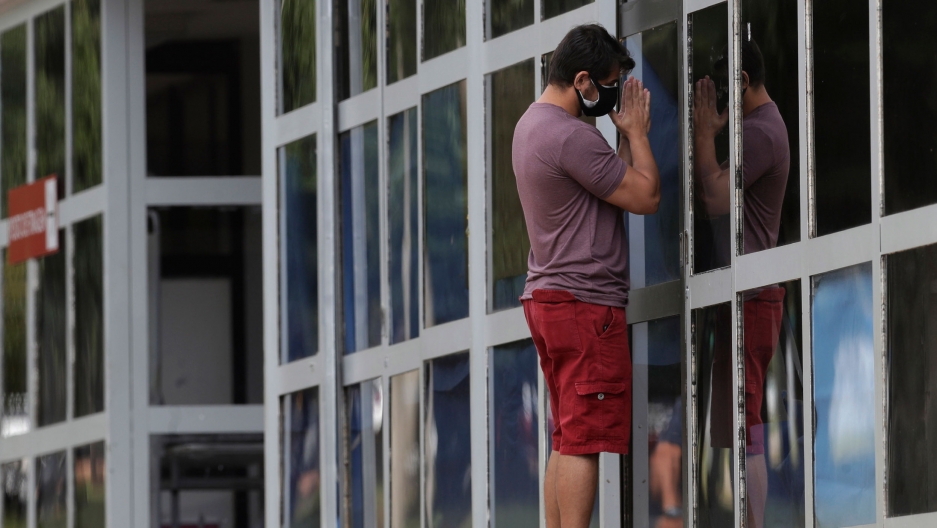 Marcio Moraes prays outside the window of an improvised ICU where his 25-year-old brother was hospitalized for COVID-19 in Brasilia, Brazil, March 8, 2021.

On Tuesday, Brazil registered a record daily number of deaths due to COVID-19 and hospitals are buckling under the strain of widespread infections from the coronavirus. The country’s Health Ministry reported 1,972 fatalities and more than 70,000 new COVID-19 cases.

The South American country still falls second only to the United States in number of deaths globally and health officials have raised concerns about the slow rollout of vaccines and the potential threat of unchecked virus migration on not just neighboring countries, but around the world. “If Brazil is not serious, then it will continue to affect all of the neighborhood there — and beyond,” said Tedros Adhanom Ghebreyesus, director-general of the World Health Organization.

The strain on Brazil’s health system is immense. One Brazilian health care provider dies of the coronavirus every 19 hours, according to the latest Brazilian government statistics. Dr. Miguel Nicolelis, in São Paulo, tells The World’s Marco Werman (🎧) that his colleagues are under such immense stress that many feel as though they’ve spent the past year in a war zone.

“If I can be totally frank ... I got a shivering to my body,” Nicolelis said. “You know, it is probably the worst loss of health professionals in the world. It probably is the worst in the world.”

Zaw Myat Linn, an official from Myanmar’s National League for Democracy (NDL), has become the second party figure to die in custody after the Feb.1 coup. The cause of death is unknown but Myat Linn had participated in the ongoing national demonstrations. The military crackdown on protesters and the media (🎧) has drawn global condemnation for its lethal tactics that have resulted in the death of more than 50 activists.

And, the World Trade Organization (WTO) is meeting Wednesday to discuss a proposal for a temporary intellectual property waiver on coronavirus vaccines. Ngozi Okonjo-Iweala, who started her term last week as head of the WTO, has made access to vaccines a top priority. The proposal to drop the intellectual property rights is part of a larger effort to boost vaccine production and has been gaining momentum, but the talks are currently deadlocked with wealthy countries in opposition.

A new US award honors anti-corruption advocates around the world 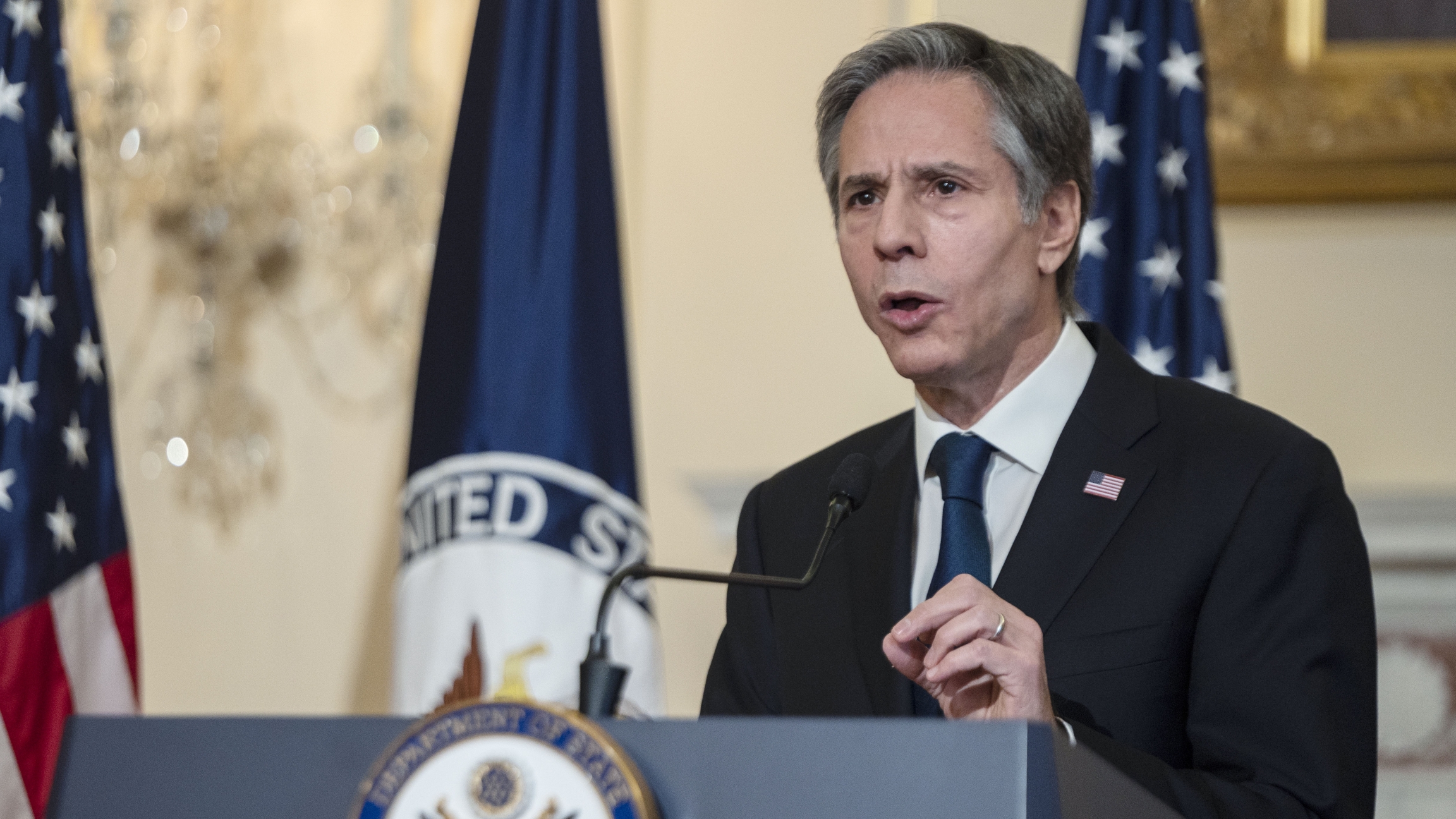 Secretary of State Antony Blinken speaks on foreign policy at the State Department, March 3, 2021, in Washington.

When the US State Department announced the new International Anticorruption Champions Award last month, it set off ripples of media coverage across the world. The award honors anti-corruption advocates in countries where democracy is under attack and the COVID-19 pandemic has created opportunities for corruption to thrive. Now a dozen inaugural winners — nominated by US embassies — have been named. 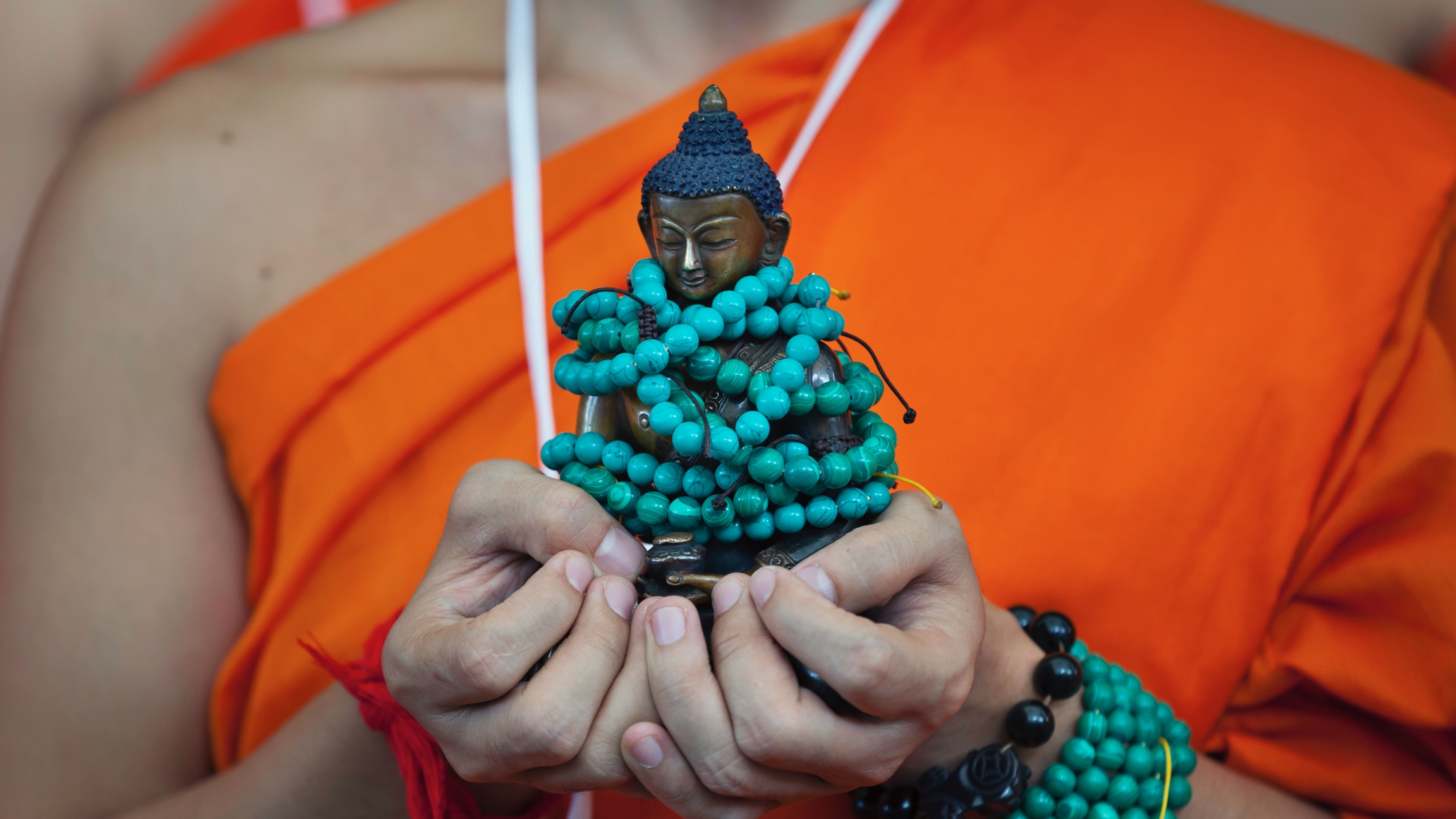 A Thai Buddhist monk carries a statue of Buddha as he waits with others to welcome Tibetan spiritual leader Dalai Lama at the Tsuglagkhang temple in Dharmsala, India, Sept. 7, 2018.

The Knowing Buddha Organization in Thailand has volunteers who scour the internet and chase tips, seeking out people who have used Buddha’s image flagrantly.

On the offenders’ list: Bars and hotels using Buddha as a kitschy decoration, especially in ignoble, boozy places — such as nightclubs — or plastering his face on walls to give off faux spiritual vibes.

The French Riviera just got a bit dreamier. It added an underwater art museum off Sainte-Marguerite island, near Cannes, with several 6-foot cement sculptures created by British artist Jason deCaires Taylor. Each of the 10-ton structures portray local islanders, including an 80-year-old fisherman and some schoolchildren. By Snorkeling and public diving, you can now explore the art installation for free. 🐡

Six eerily beautiful sculptures have been installed on the seafloor near Cannes on the French Riviera https://t.co/QJdWvWYM4X

Listen: A discussion of race and racism in Britain 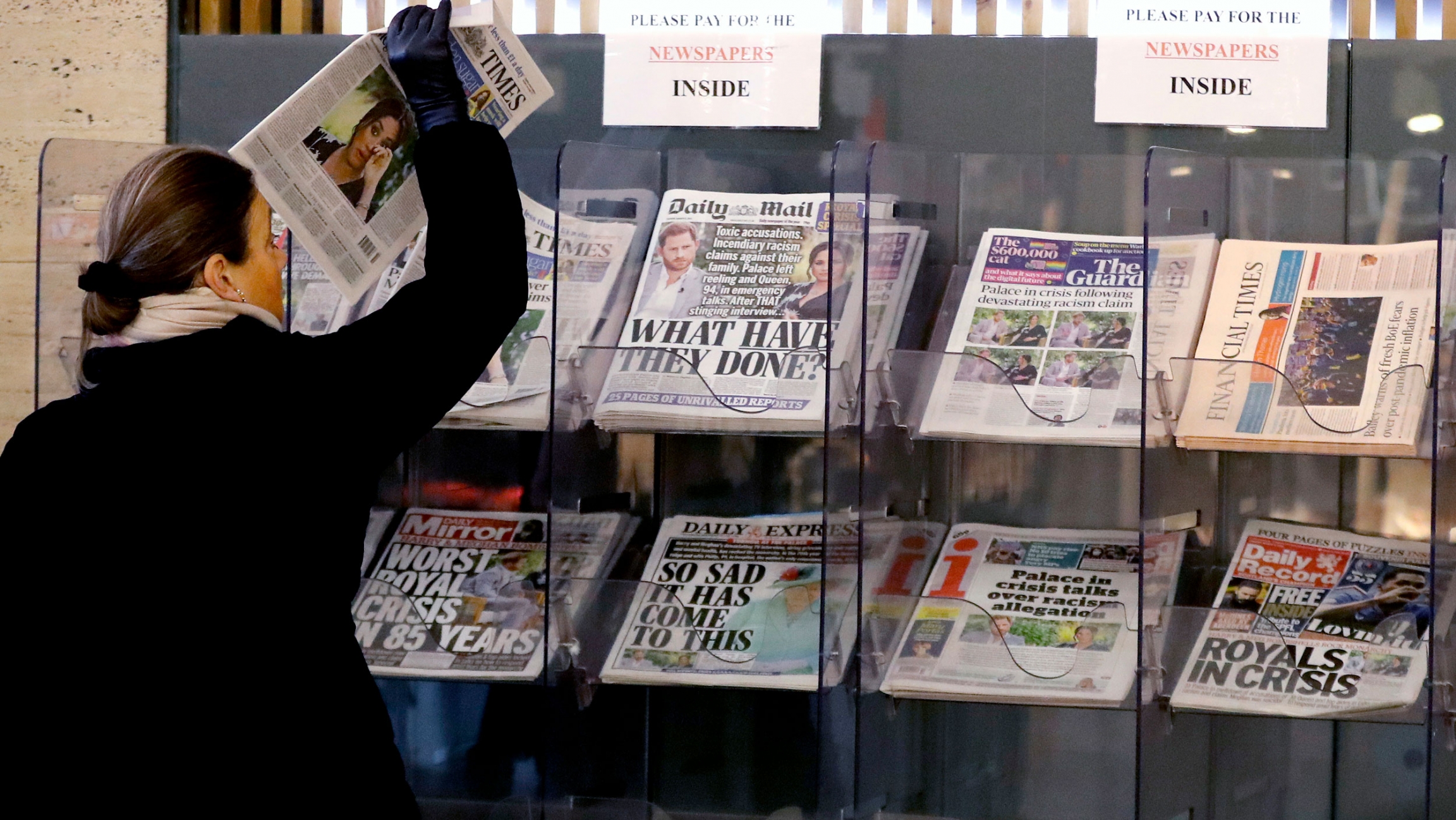 A customer takes a copy of a newspaper headlining Prince Harry and Meghan Markle's TV interview with Oprah Winfrey at a newspaper stand outside a shop in London, March 9, 2021.

Prince Harry and Meghan Markle’s interview with Oprah Winfrey included revealing comments about the British royal family that has led to frank discussions in British society about race and racism in the royal palace. And, corruption convictions against former Brazilian President Luiz Inácio Lula da Silva have been thrown out by the country’s Supreme Court, potentially paving the way for another presidential run. Also, a recent report has found that globally, people threw out more than a billion tons of food last year.