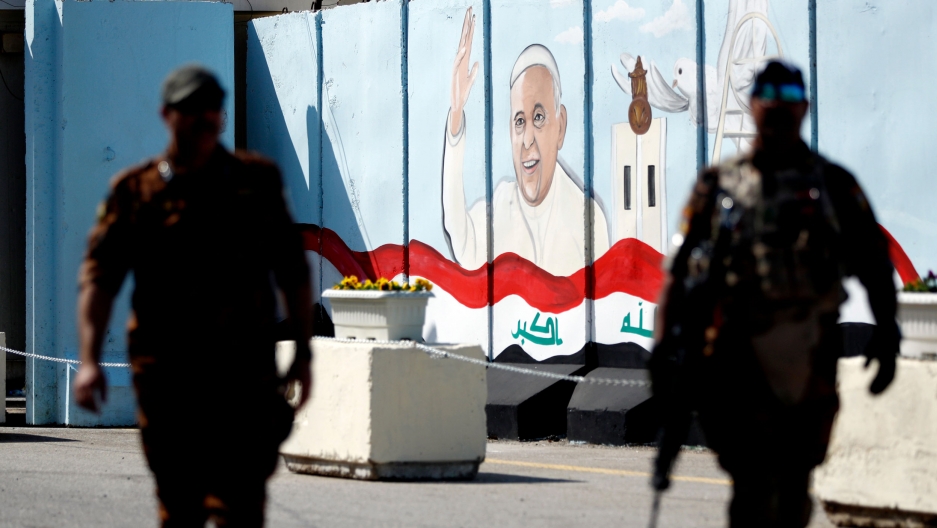 Federal policemen patrol by a concrete wall placed by Iraqi security forces to surround the Our Lady of Salvation Church during preparations for the Pope's visit in Mar Youssif Church in Baghdad, Iraq.

The three-day papal trip, which aims to encourage Iraq’s dwindling Christian communities and promote dialogue with Iraq’s Shiite majority, includes meetings with faith and political leaders in multiple cities including Baghdad, Erbil, Mosul and the Christian town of Qaraqosh, which emptied entirely when ISIS took over Mosul in 2014.

Also on the itinerary for the historic trip is a visit to the holy city of Najaf — a prominent center for Shiites. There, the pope will meet with the influential Grand Ayatollah Ali al-Sistani, who has rarely weighed in on governance matters in the politically fraught Iraq. But when he has, it has shifted the course of Iraq’s modern history.

"One of the first signs that the pope is going to see as soon as he steps off the plane is a huge poster draped along the airport with a picture of Pope Francis and Ayatollah Sistani with a famous quote from Imam Ali, a 7th-century Muslim leader. And the quote is people are of two kinds: They are either your brothers in faith or your equals in humanity," said Hayder al-Khoei, director of foreign relations at the Al-Khoei Institute in Najaf, an Islamic seminary and an interfaith academy, speaking with The World’s Shirin Jaafari about the preparation underway.

Tune into The World’s broadcast today to hear more of Shirin’s reporting on the pope’s visit to Iraq.

Wednesday marked the “the bloodiest day” in Myanmar with a brutal crackdown on protests against the Feb. 1 military coup. It claimed 38 lives in one day. There have been 50 deaths in the violent response to demonstrations since the coup. In response to widely shared videos that show the shocking violence — which the US has called appalling — UN human rights chief Michelle Bachelet said it was time to “end the military’s stranglehold over democracy in Myanmar.”

And in a new study by the World Obesity Federation, researchers found that the risk of death from COVID-19 is about 10 times higher in countries where more than half of the population is overweight. The study, which examined mortality data from Johns Hopkins University and the World Health Organization, from more than 160 countries, found that COVID-19 mortality rates increased along with countries' prevalence of obesity. The World Obesity Federation has called for giving priority for vaccinations to people who are overweight due to the increased risk of death. 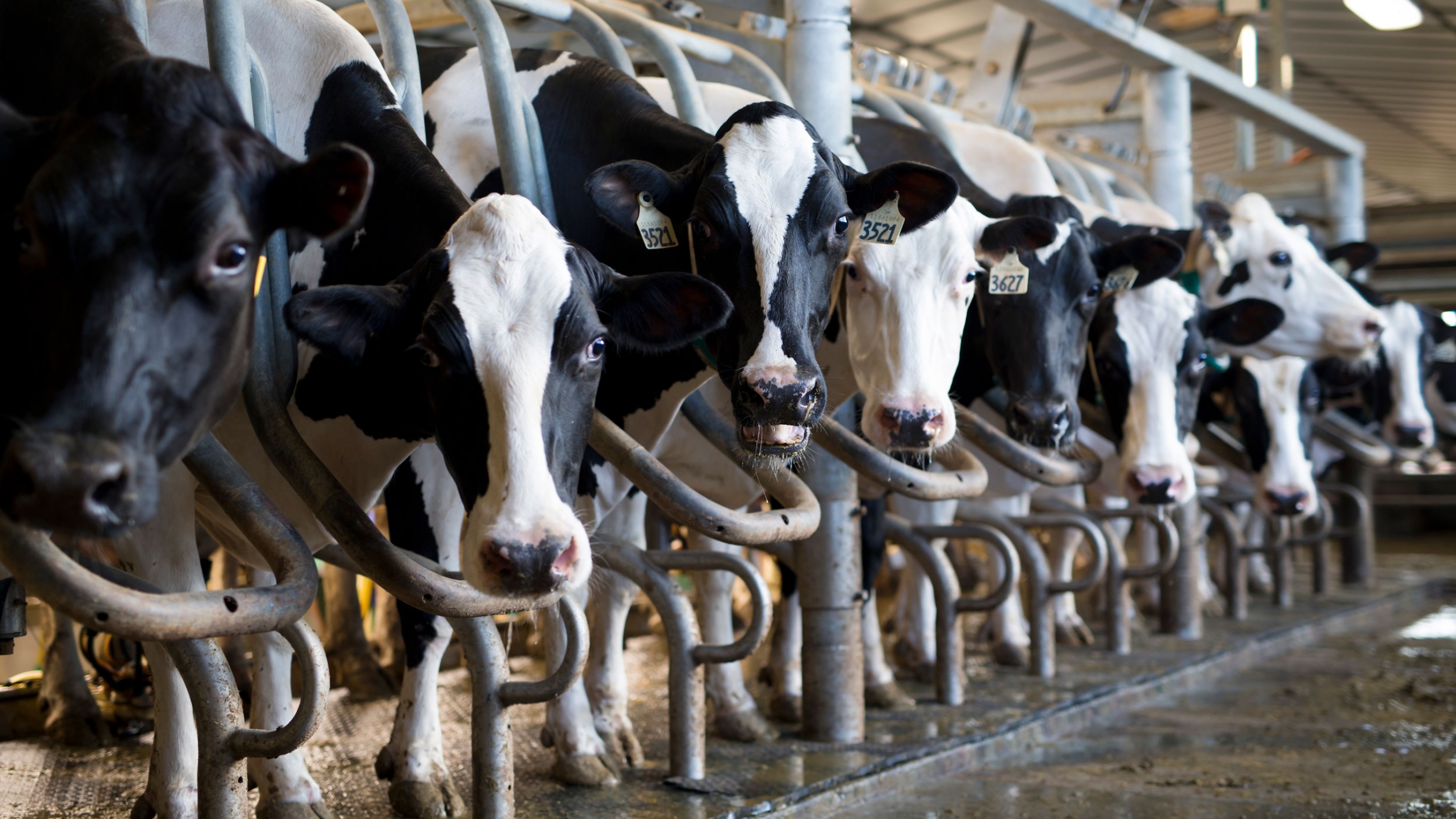 Dairy cows stand in their holsters as they are milked at Armstrong Manor Dairy Farm in Caledon, Canada.

It’s hard to think of something more broadly loved than butter. But something weird is happening to the good stuff in Canada. And self-proclaimed butter enthusiasts have been on a mission to solve the mystery (🎧)

Serbia lets people choose their COVID-19 vaccine. Some call it a ‘political ballot.’ 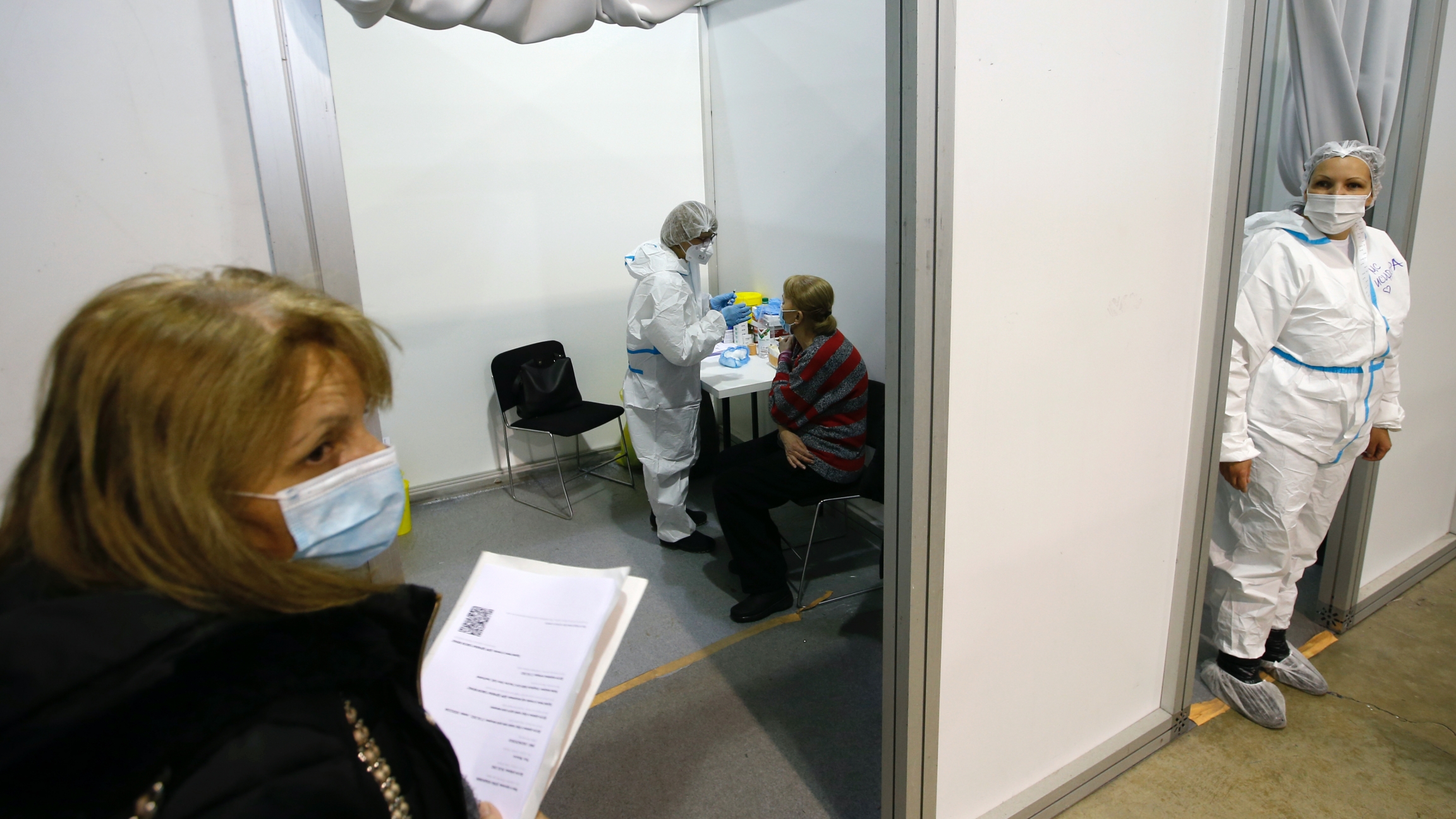 A medical worker gives a shot of the Chinese Sinopharm COVID-19 vaccine to a woman during the vaccination in Belgrade, Serbia, Feb. 17, 2021.

While delivery delays and shot shortages have set many European countries behind on their COVID-19 vaccine goals, Serbia’s immunization program is speeding ahead with a different approach. Serbia is believed to be the only country in Europe allowing citizens to pick their preferred vaccine. 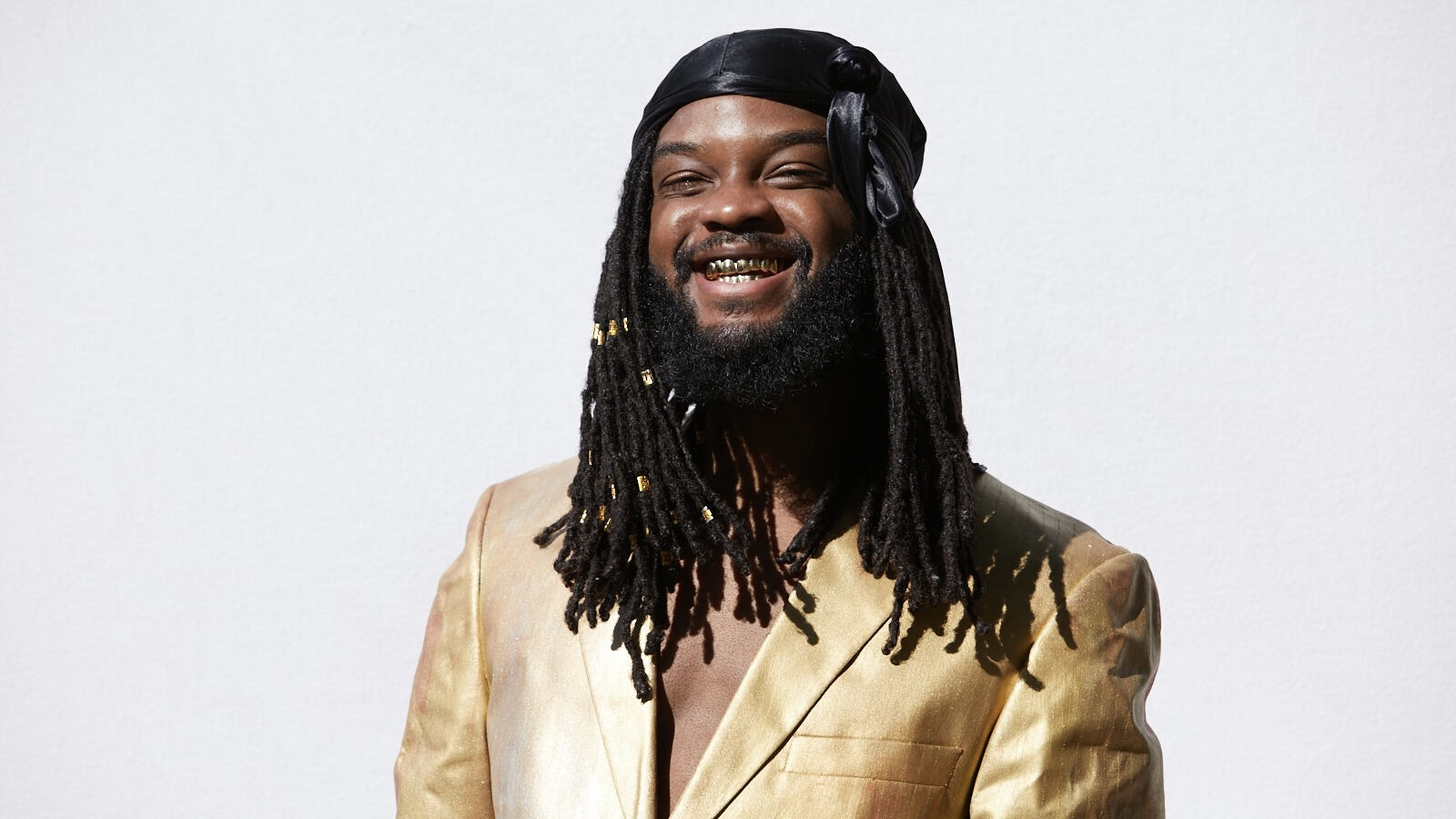 Ghanaian Australian singer Kofi Owusu-Ansah, known as Genesis Owusu, is releasing his debut album this week titled, "Smiling With No Teeth." He recorded all 15 tracks before the killing of George Floyd by police in Minneapolis, and the Black Lives Matter protests that erupted worldwide.

For some who follow his music career, Owusu was prophetic with songs on the album that seemed to predict the racial tensions that have flared up worldwide. But the Canberra-based performer says otherwise.

"In reality, it was much more like a Groundhog Day situation where I've seen these kinds of things so many times and I've experienced racial abuse so many times to the point where it's not a shocking occurrence to me," Owusu told The World. 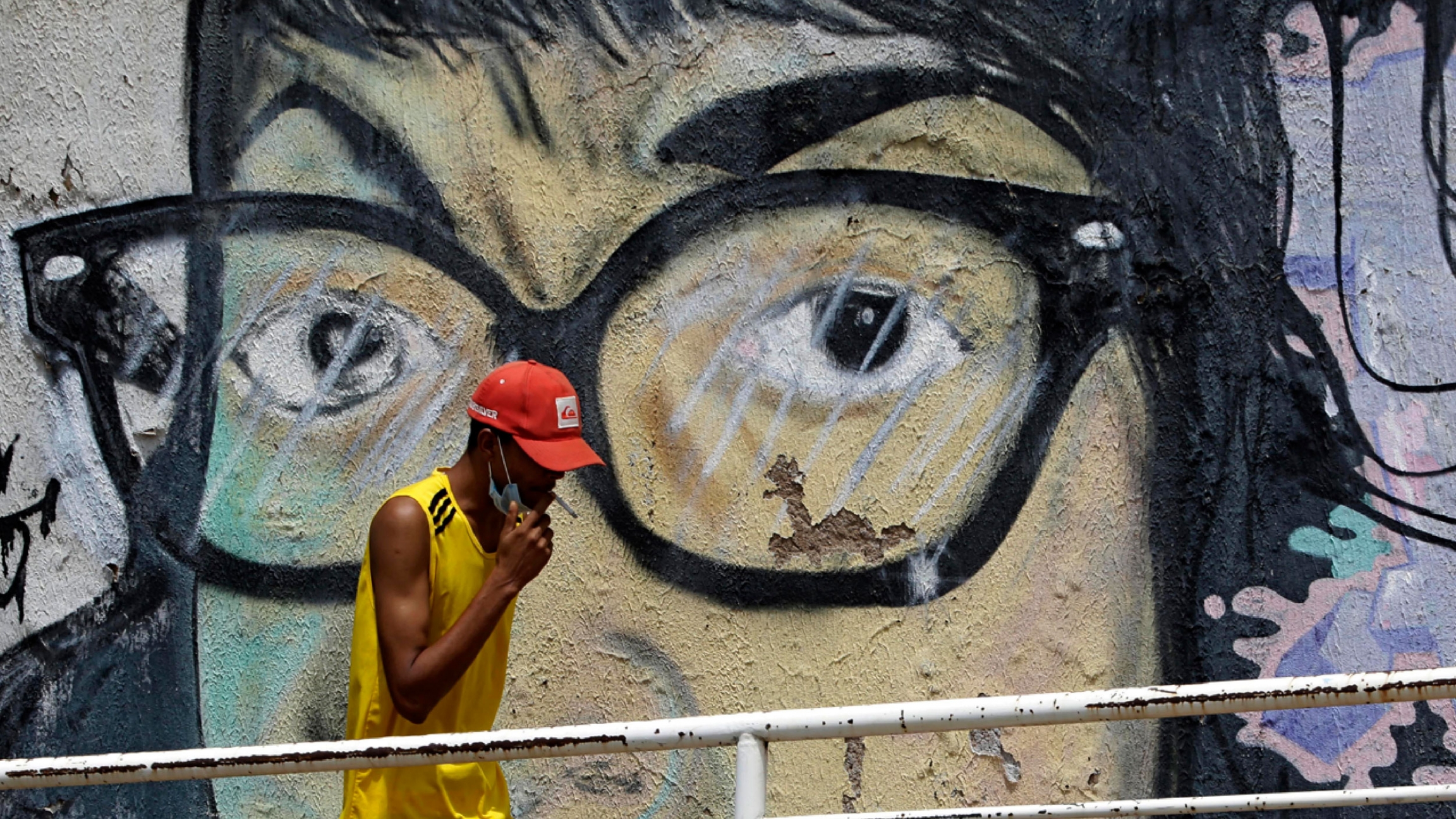 On Tuesday, Brazil experienced its highest daily death toll from COVID-19 since the start of the pandemic. Hospital systems across the country are overwhelmed and scientists say a new variant spreading there appears to be more contagious. Also, global carbon emissions dropped by 7% in 2020 compared to 2019. And, a recent decision by the Cherokee Supreme Court to remove the words "by blood" from its constitution clarifies who can be a citizen of the Nation.