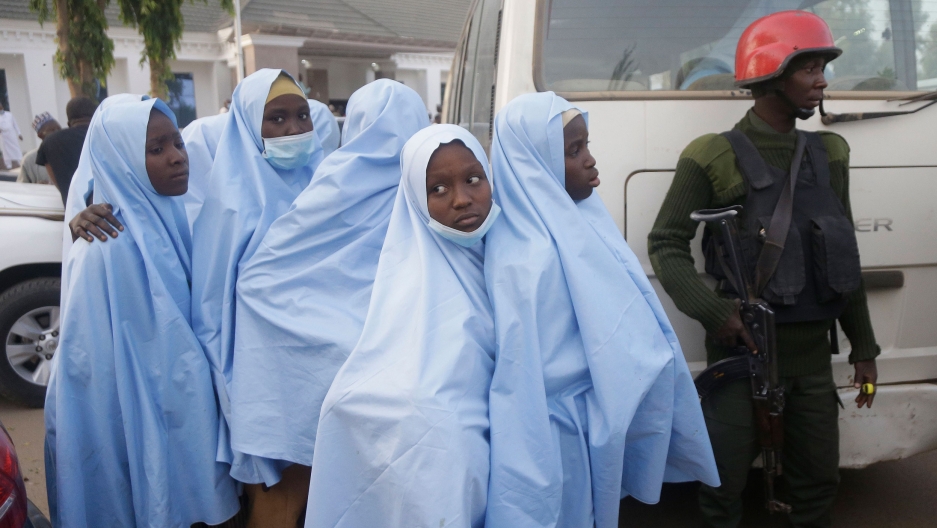 Some of the students who were abducted by gunmen from the Government Girls Secondary School, in Jangebe, northern Nigeria, March 2, 2021.

A group of 279 girls who were abducted from a boarding school in Zamfara state in the increasingly lawless northwestern Nigeria have been released. Such kidnappings are becoming more common in northern Nigeria with three instances just the last month. Armed “bandits” kidnap for money, or to push for the release of their imprisoned members. The girls, aged 10 and up, appeared in front of the press at the state capitol and were to receive a medical checkup before being returned to their parents.

The release was secured via negotiations between officials and the abductors, but the government denies paying a ransom. Initially, police and the military were trying to rescue the girls, whose abductions caused an international outrage.

The most notorious mass abduction of children in Nigeria was in 2014, when 276 girls were kidnapped by militant group Boko Haram from a school in Chibok in Borno state. More than 100 of those girls remain missing.

Reporters Without Borders has filed a criminal complaint in a German court against Saudi Crown Prince Mohammed bin Salman and other high-ranking officials for “crimes against humanity” related to the murder of journalist Jamal Khashoggi. The filing, done under Germany’s international jurisdiction laws, accuses Saudi Arabia of persecuting Khashoggi as well as dozens of other journalists and comes less than a week after the release of an intelligence report that stated that MBS had approved the killing of The Washington Post columnist. The Biden administration has decided not to apply sanctions on the Saudi crown prince.

And the Biden administration announced sanctions against senior Russian government officials on Tuesday over the poisoning and imprisonment of opposition leader Alexei Navalny. Though largely symbolic, the US sanctions are similar to those the European Union took last fall after Navalny’s poisoning with nerve agent Novichok. At the time, the Trump administration declined to join the action.

‘We cannot continue to live like this': Migrants desperate to work occupy Brussels church 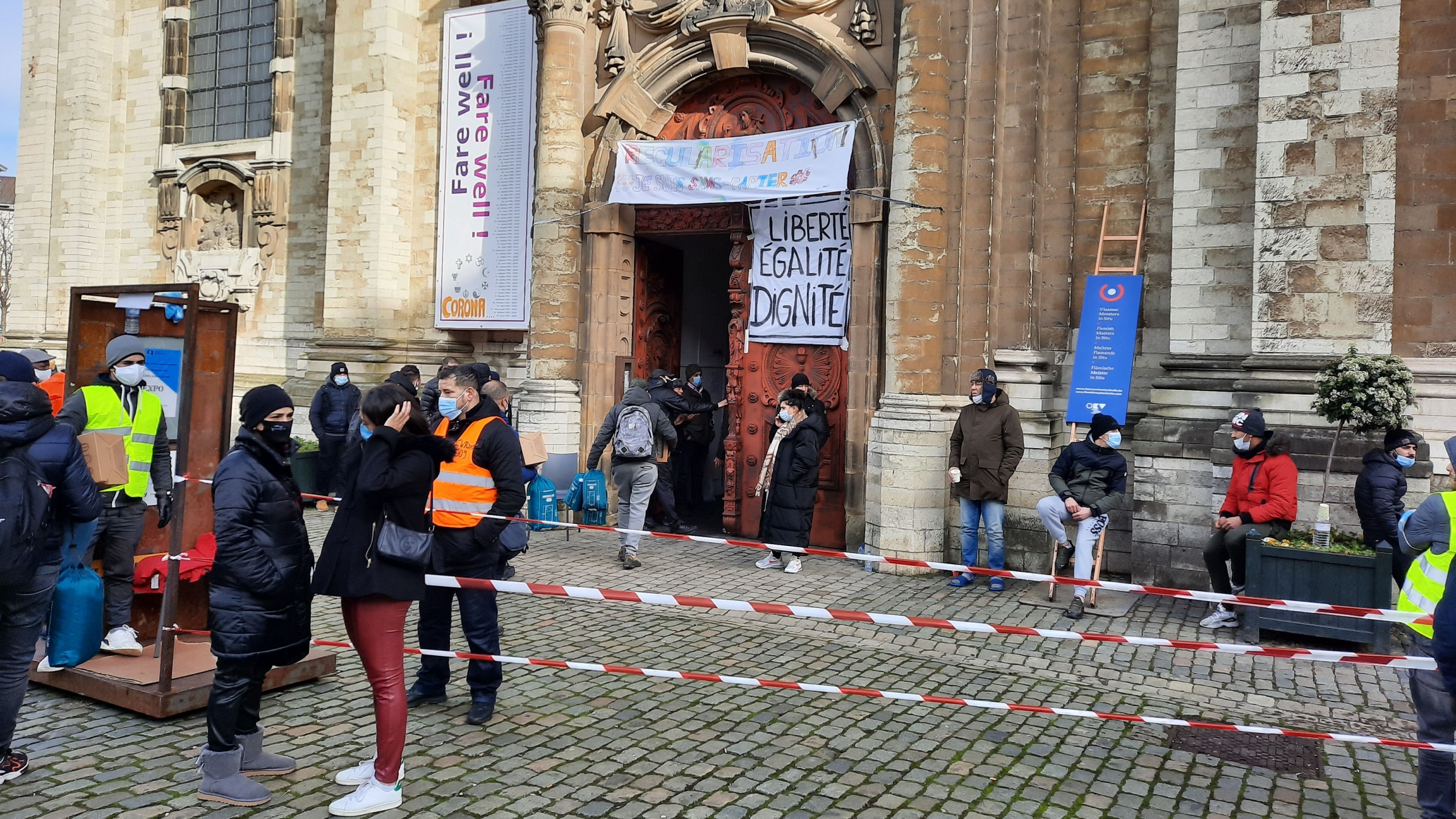 Up to 200 undocumented migrants, including teenagers, have occupied St. John the Baptist in Brussels since the end of January.

Courtesy of House of Compassion

Up to 200 undocumented migrants, including teenagers, have occupied St. John the Baptist in Brussels since the end of January. The migrants are hoping to raise awareness about their lack of rights in Belgium, and are calling on the government to grant them legal status. 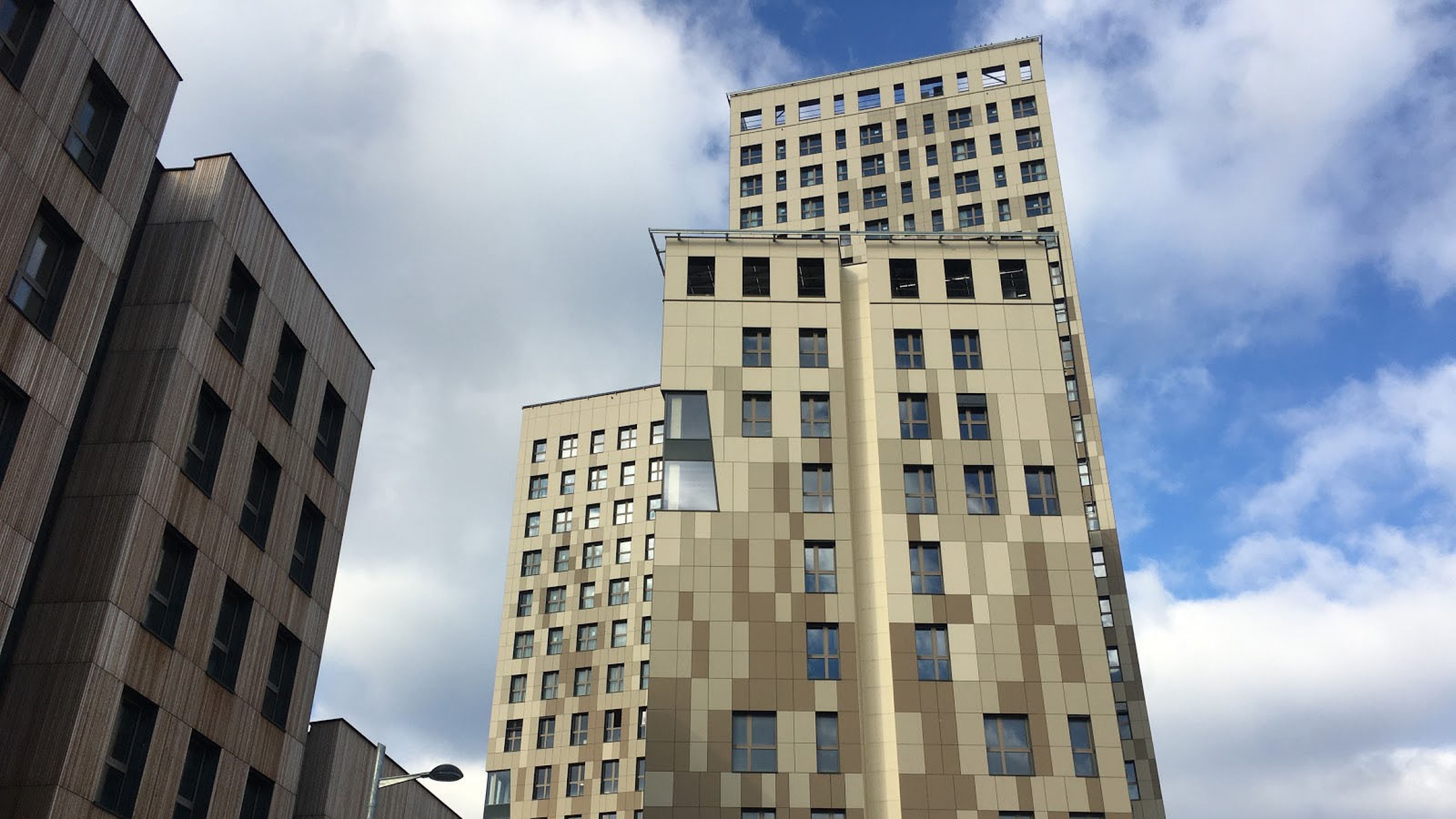 The aspern Seestadt district is designed with high urban density and extremely high energy efficiency standards as a priority.

The development is nearly net-zero, meaning that its modern high-rises produce almost as much energy as they use. Globally, buildings make up around 40% of greenhouse gas emissions, but aspern Seestadt demonstrates that it doesn’t have to be that way.

Winston Churchill’s “Tower of the Koutoubia Mosque” painting of Marrakesh, Morocco, sold at auction for $11.6 million on Monday. The World War II prime minister painted the "Tower" following a meeting with US President Franklin D. Roosevelt at the 1943 Casablanca Conference. The two leaders then stayed on for a visit in Marrakesh. Afterward, Churchill gave the painting to Roosevelt. The "Tower" was only expected to sell for up to $3.4 million.

Winston Churchill’s painting of the Koutoubia in Marrakech has just sold at auction for £8 million. pic.twitter.com/dCZ3X4NJPR 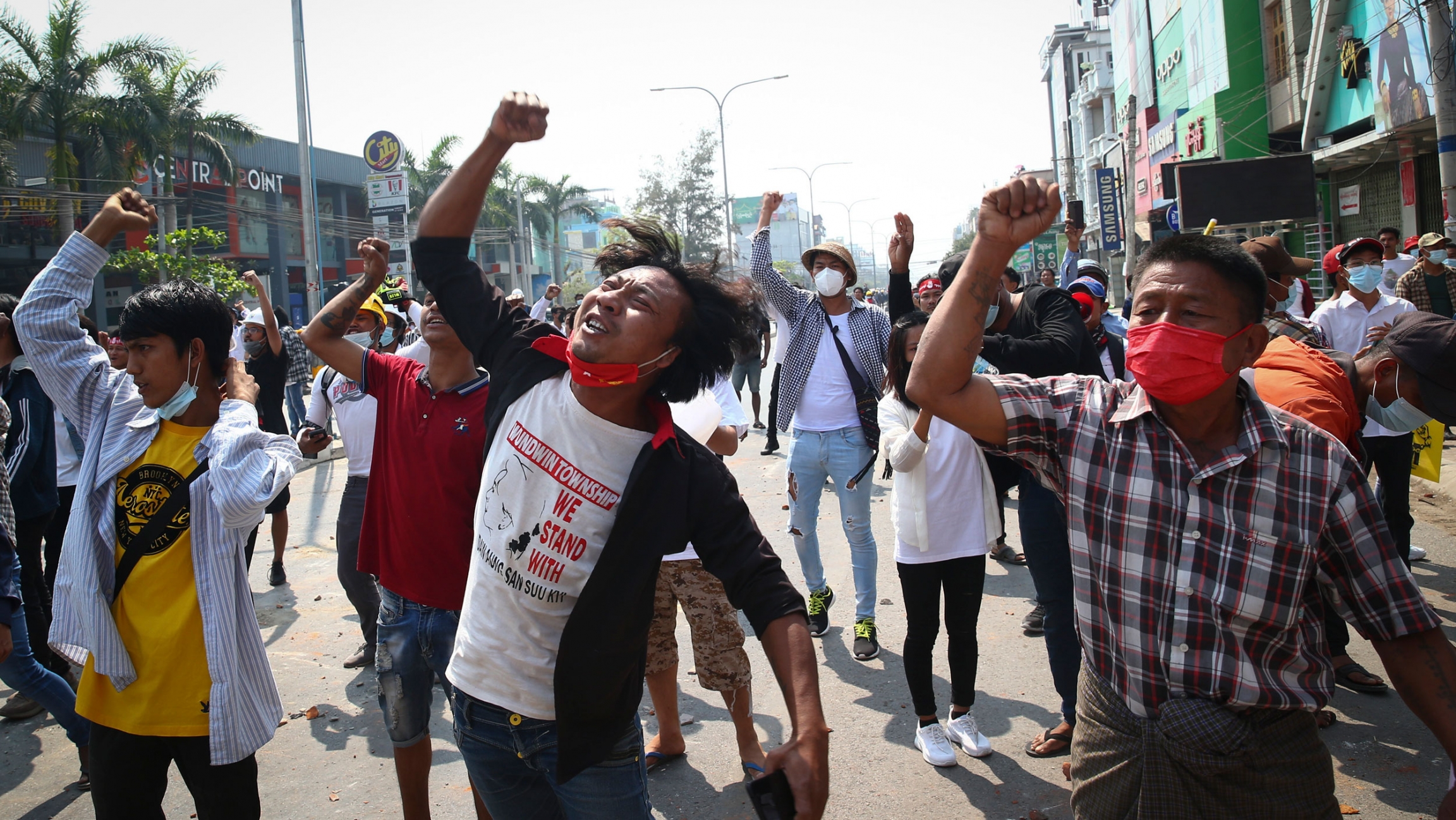 Protesters shout slogans during a protest against the military coup in Mandalay, Myanmar, Feb. 28, 2021.

Police and troops in Myanmar are intensifying a crackdown on unarmed protesters. They opened fire on civilians, killing at least 18 people on Sunday and wounding dozens. And in Pakistan, past vaccine programs have been hindered by a mix of conspiracy theories, a CIA operation and opposition by religious leaders. Will it be different with COVID-19? Also, it was a big night for Chloé Zhao who on Sunday became the first woman of Asian descent to win a Golden Globe for directing.