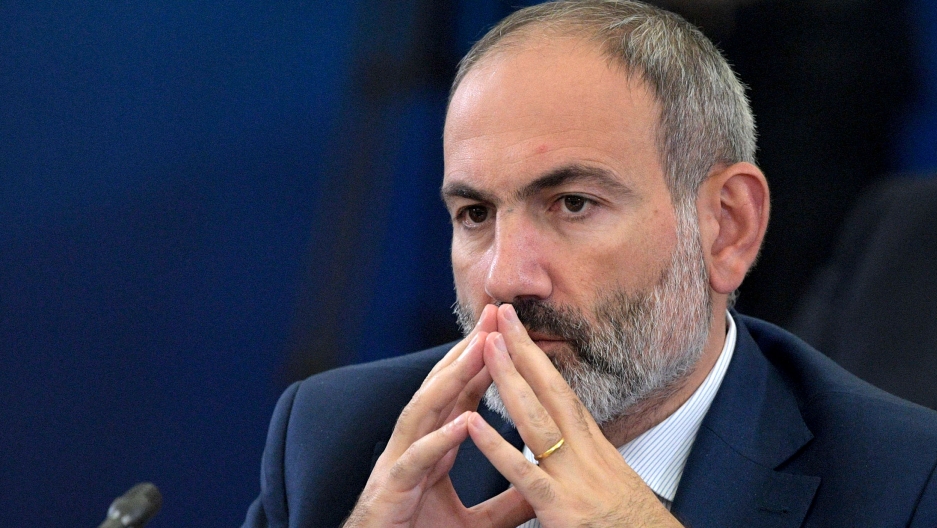 Armenia Prime Minister Nikol Pashinyan on Thursday accused top military officers of attempting a coup after they demanded he step down, adding fuel to monthslong protests calling for his resignation following the nation's defeat in a conflict with Azerbaijan over the Nagorno-Karabakh region.

The demonstrations began after Pashinyan signed a Nov. 10 peace deal that saw Azerbaijan reclaim control over large parts of Nagorno-Karabakh and surrounding areas that had been held by Armenian forces for more than a quarter-century.

Those protests have gathered pace this week, and the feud with his top military commanders has weakened Pashinyan's position, raising concerns about stability in the strategic South Caucasus region through which shipments of Azerbaijan's Caspian crude oil pass on their way to Western markets.

The immediate trigger for the standoff was Pashinyan's decision to oust the first deputy chief of the military's General Staff that includes the armed forces' top officers.

After denouncing the military's statement as a "coup attempt," Pashinyan called on his supporters to rally in the capital and addressed them in a dramatic speech in which he said he had considered, but rejected, calls for him to resign.

"I became the prime minister not on my own will, but because people decided so," he shouted to the crowd of more than 20,000 gathered in Republic Square. "Let people demand my resignation or shoot me in the square."

He warned that the latest developments have led to an "explosive situation, which is fraught with unpredictable consequences."

The opposition, which rallied on the nearby Freedom Square, vowed to stay there until Pashinyan steps down. Demonstrators paralyzed traffic all around Yerevan on Thursday, chanting "Nikol, you traitor!" and "Nikol, resign!"

There were sporadic scuffles in the streets between the sides early in the day, but the rival demonstrations led by Pashinyan and his foes then went on in different parts of the Armenian capital.

The crisis has its roots in Armenia's humiliating defeat in heavy fighting with Azerbaijan over Nagorno-Karabakh that erupted in late September and lasted 44 days. A Russia-brokered agreement ended the conflict in which the Azerbaijani army routed Armenian forces — but only after more than 6,000 people died on both sides.

Pashinyan has defended the peace deal as a painful but necessary move to prevent Azerbaijan from overrunning the entire Nagorno-Karabakh region, which lies within Azerbaijan but was under the control of ethnic Armenian forces backed by Armenia since a separatist war there ended in 1994.

Despite the simmering public anger over the military defeat, Pashinyan has maneuvered to shore up his rule and the protests died down amid the winter's cold. But the opposition demonstrations resumed with new vigor this week — and then came the spat with top officers.

Pashinyan fired the deputy chief of the General Staff, Lt. Gen. Tiran Khachatryan, earlier this week after he derided the prime minister's claim that just 10% of Russia-supplied Iskander missiles that Armenia used in the conflict exploded on impact.

The General Staff responded Thursday with a statement demanding Pashinyan's resignation and warned the government against trying to use force against the opposition demonstrators. Immediately after the statement, Pashinyan dismissed the General Staff chief, Col. Gen. Onik Gasparyan.

The order is subject to approval by the nation's largely ceremonial president. President Armen Sarkissian hasn't endorsed it yet, prompting an angry outburst from Pashinyan.

"If he doesn't sign my proposal to dismiss Gasparyan, does it mean that he joins the coup?" Pashinyan asked at the rally of his supporters. He urged the chief of the General Staff to resign voluntarily, adding that "I won't let him lead the army against the people."

The prime minister also warned that authorities will move more forcefully to disperse the opposition protests and arrest its participants.

The political crisis is being watched closely, particularly in Russia and Turkey, which have been competing for influence in the strategically important South Caucasus region.

Russia, worried about its ally plunging deeper into turmoil, voiced concern about the tensions and emphasized that the country must sort out its problems itself. "We are calling for calm and believe that the situation should remain in the constitutional field," Kremlin spokesman Dmitry Peskov told reporters.

Armenia has relied on Russian financial and military support and hosts a Russian military base — ties that will keep the two nations closely allied regardless of the outcome of the country's political infighting.

And even though the peace deal is widely reviled in Armenia with many calling it a betrayal, it's unlikely to be revised — no matter who leads Armenia — following the fighting that demonstrated Azerbaijan's overwhelming military edge.

Turkey, which backed its ally Azerbaijan in the Nagorno-Karabakh conflict, would relish instability that would further weaken Armenia. Turkish Foreign Minister Mevlut Cavusoglu said that his country strongly condemns the coup attempt in Armenia and stands against all coup attempts anywhere in the world.