Britain’s Supreme Court ruled Friday that a group of Nigerian farmers and fishermen can sue Royal Dutch Shell PLC in English courts for clean up and compensation over pollution in the Niger River Delta, a region where the Anglo-Dutch energy giant has a subsidiary.

In 2015, more than 40,000 members of Nigeria’s Ogale and Bille communities took Shell to court in London, home to Shell headquarters, because they say Nigerian courts were too corrupt. Their case alleged that decades of oil spills have polluted the water, contaminated the soil and destroyed the livelihood of thousands of people in the region.

The long-running case has been closely watched for its implications about whether large corporations can be sued in London for activities of foreign subsidiaries. Five justices on UK's top court said Shell may owe a “duty of care” to the claimants over the actions of its Nigerian subsidiary. Shell, which described the legal ruling as disappointing, had argued that it was only a holding company for a firm that should be judged under Nigerian law.

Myanmar’s military leaders extended the detention of deposed leader Aung San Suu Kyi until Feb. 17, when she will likely appear in court by videoconference, according to a lawyer asked by Suu Kyi’s party to represent her. With protests continuing across the country, the military has warned of long sentences and fines for protesters and others found to incite “hatred or contempt” toward military leaders.

Vaccination rates in Israel for the coronavirus are among the highest in the world. According to the Health Ministry, over a quarter of the population has received both doses of the Pfizer/BioNTech vaccine since December. Now, health authorities have beefed up a digital task force to counter spurious claims about the vaccines, while local governments are turning to DJs and free food to lure people to vaccination centers.

Greece ‘finally’ has its #MeToo moment 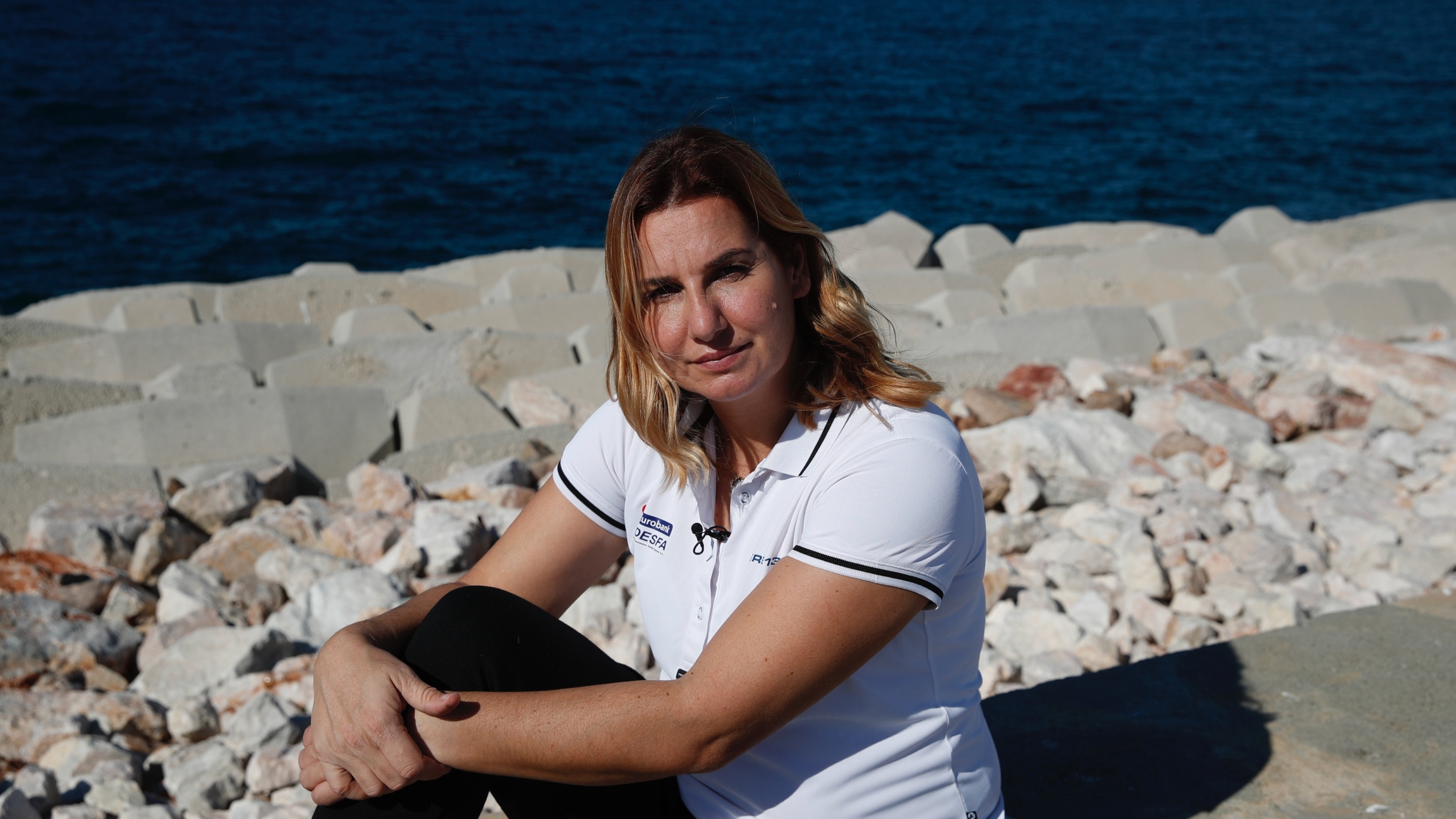 Greek Olympic sailing champion Sofia Bekatorou poses for a photograph during an interview for The Associated Press, at Agios Kosmas marina in southern Athens, Feb. 4, 2021. Bekatorou is the most successful female athlete in Greek sporting history who recently revealed that she was the victim of a sexual assault, allegedly by a senior sports official in 1998.

Since Greek sailing champion Sofia Bekatorou’s revelations in January against a top official in the sport, a wave of new accusations of sexual misconduct and other abuses by high-profile figures, including athletes and actors, has rocked several sectors in Greece.

Bekatorou, 43, alleged during an online conference in January that she was sexually assaulted by a high-ranking, Hellenic Sailing Federation official in 1998, when she was 21 years old. 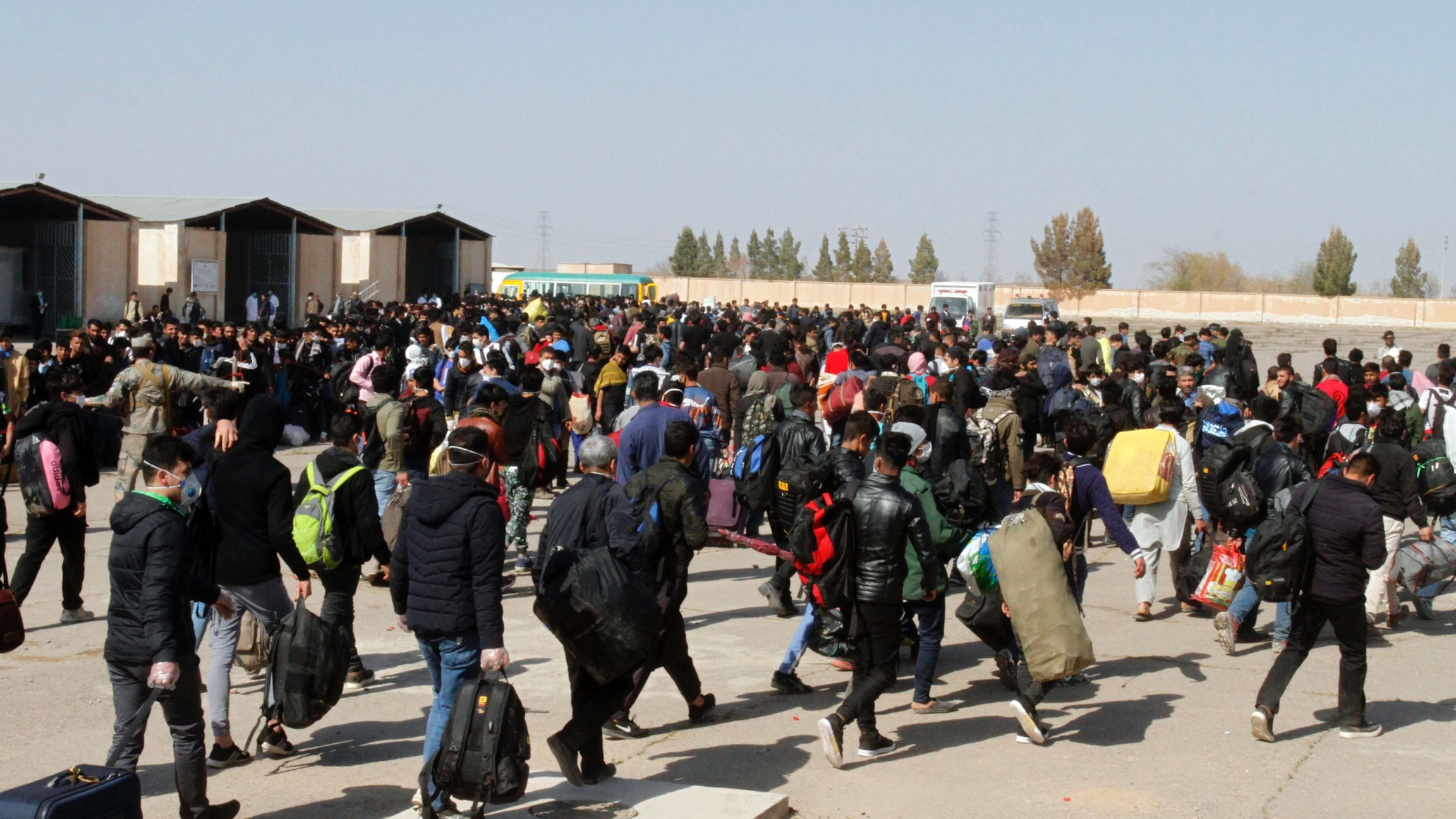 In this March 18, 2020, file photo, thousands of Afghan refugees walk as they enter Afghanistan at the Islam Qala border crossing with Iran, in the western Herat Province.

For years, Afghans have moved to Iran and Pakistan to escape conflict, insecurity and lack of economic opportunities. Since last March, the pandemic, economic woes and deportations have forced many back home.

Peter Gabriel is back with a re-recording of "Biko," a protest/tribute song to South African anti-apartheid activist Steve Biko, who was murdered while in police custody in 1977. The latest version of Gabriel's song features 25 artists from around the globe in a virtual collaboration music project called "Playing for Change."

“Although the white minority government has gone in South Africa, the racism around the world that apartheid represented has not," Gabriel told Rolling Stone. 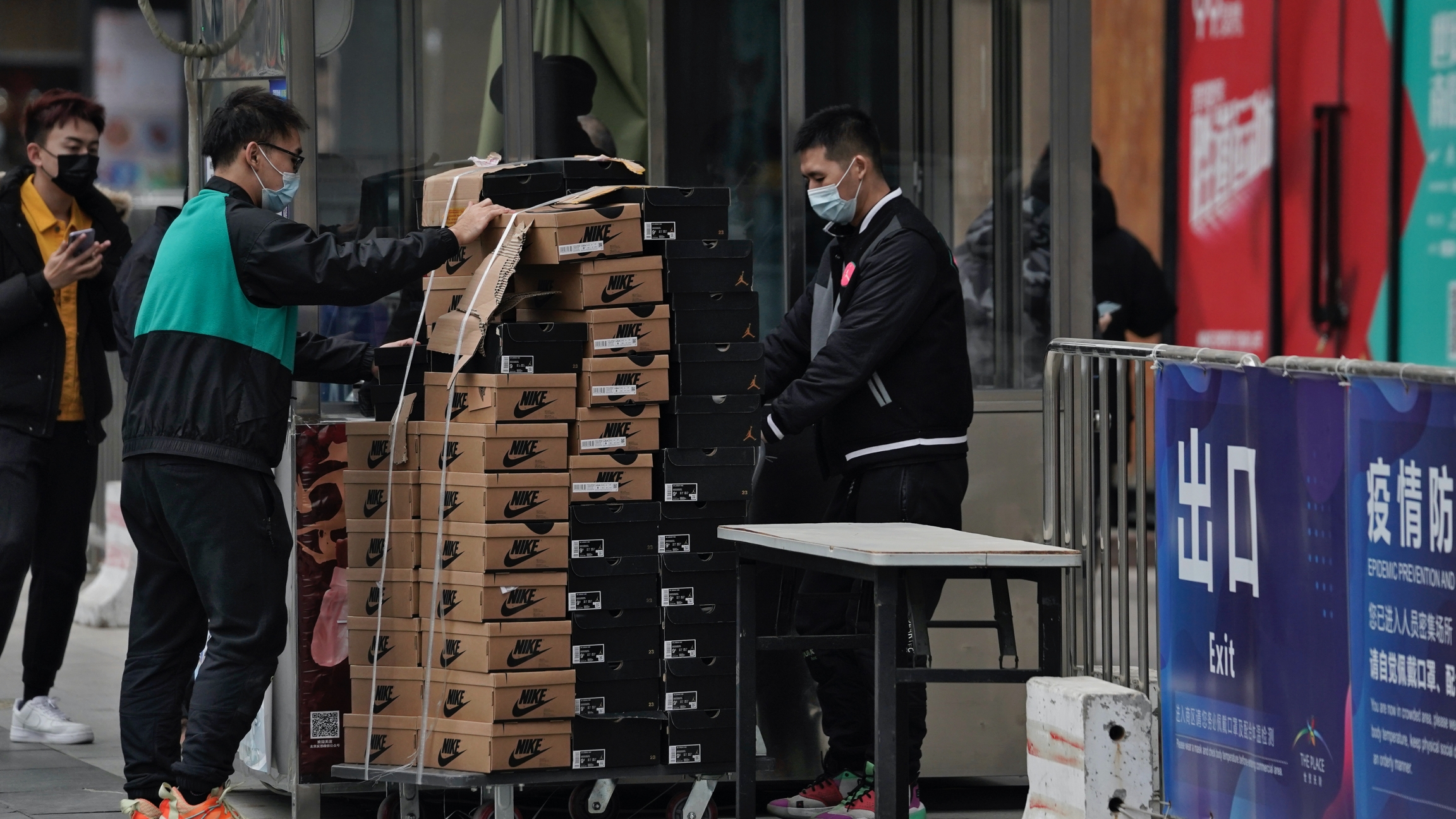 Workers wearing face masks to help curb the spread of the coronavirus push a cart loaded with shoes made by Nike past a security post at a shopping mall in Beijing, Jan. 14, 2021. China's exports rose in 2020 despite pressure from the coronavirus pandemic and a tariff war with Washington, boosting its politically volatile trade surplus to $535 billion, one of the highest ever reported.

In a call with Chinese leader Xi Jinping, President Joe Biden said he would keep tariffs on China in place since the Trump administration for the time being. In the UK, with new Brexit rules, British musicians say the industry is in jeopardy. Also, Friday is Chinese New Year, a time for celebration when streets and restaurants overflow with food and festivities. But the pandemic has hit some Chinese communities in the US especially hard as tourism has fallen off the map. And, South Africa is rolling out vaccines for the coronavirus this month. It's tricky, given the relative ineffectiveness of some vaccines against a new variant that emerged there.